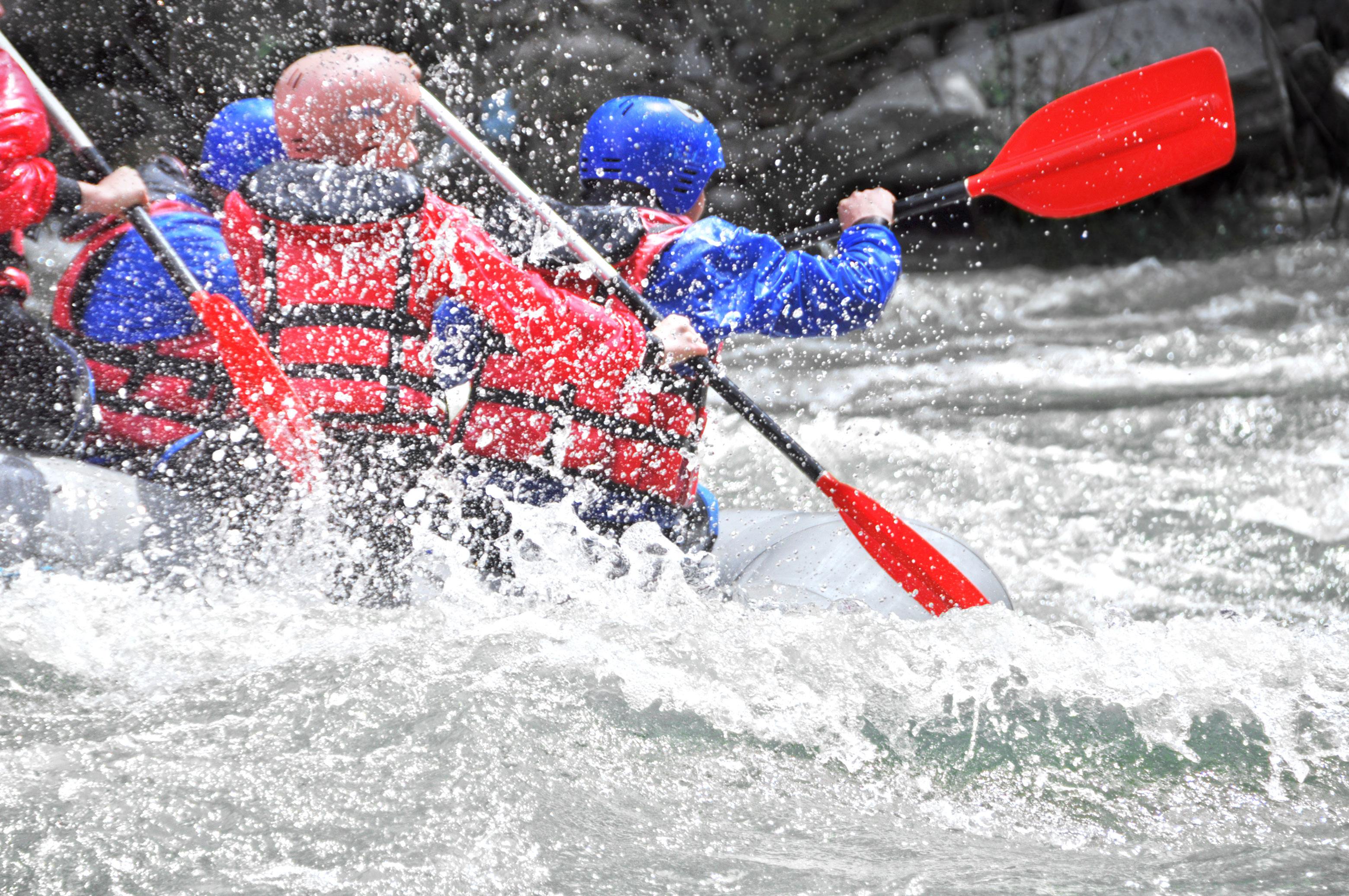 IT'S NOT ALL IN YOUR HEAD 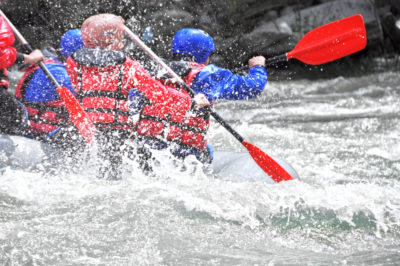 Anne Raskin is among 10 people on a river raft pulling straight toward long and formidable rapids, standing waves, and boiling eddies demanding coordinated and fast maneuvers under heavy pressure. Raskin and her crew understand moves they must take above dangerous hazards that Class IV rapids require.

The ride down the river is Raskin’s metaphor describing an emergency communication center: dispatchers and calltakers braced at consoles constantly on the alert for unavoidable situations. Risk of injury to callers may be moderate to low, and scene situations may make self-rescue difficult despite the availability of Pre- and Post-Arrival Instructions. Group assistance is required.

“I love the pulling together of the group and at the end of the day, knowing we’ve done something that makes a difference,” Raskin said. “It’s what makes this worthwhile.”

People on a raft heading toward Class IV rapids and people answering and dispatching 911 calls have something else in common: stress.

Broadly speaking, stress is caused by a change in the environment forcing a person to adjust and respond, either fight or flight. As studies show, such constant demand can lead to the kind of stress that builds up over time.

The effects of stress on dispatchers and calltakers in the communication center immediately caught Raskin’s attention. To put it bluntly, Raskin noticed a major focus on food and the cravings for high-calorie foods.

Sure, there’s never a lack of foods high in sugar and carbohydrates within easy reach in the break room, and, sure, staff could avoid the doughnuts, chocolate, potato chips, and fried snacks.

But healthy food isn’t what most dispatchers crave after a call from a mother distraught because her baby isn’t breathing, a young man pleading to save his father who is in cardiac arrest, or a multi-car accident on icy roads resulting in numerous and fatal injuries.

“You’re taking call after call, and when not on a call, you’re on a radio,” she said. “There really is no break, and then you try to eat as fast as you can, and it’s the comfort foods you want.”

The job’s stress triggers emotional eating. In addition, for some, food is a coping mechanism used to replace the real feelings that in a 911 center can result from managerial expectations, lack of time off, and the panic they hear in callers’ voices.

Raskin sticks to a healthy diet, even in the face of a frosted cupcake or bag of potato chips.

“I’m known as somewhat of an oddball because I’m so healthy,” she said. “But I still gained the weight and couldn’t lose it. I started to suspect that the issue was not only about using food as a coping mechanism.”

Raskin did some research, quantifying her suspicions. Habit was only partly to blame; there was also a biochemical element involved. The body’s release of stress-related hormones—adrenaline and cortisol—she discovered were accessory to the problem.

Cortisol and adrenaline are essential to health.

In tandem, cortisol and adrenaline are the “fight-or-flight” hormones; they provide temporary increases in energy, at the expense of processes not needed for immediate survival.2 Adrenaline is released in response to anxiety, exercise, or fear. Cortisol inhibits insulin production to prevent glucose storage in favor of flooding the large muscles with a direct energy source.

Once the situation resolves, hormone levels return to normal. Chronic stress derails the balance. When the body manufactures too much cortisol over the long haul, the resulting glucose overproduction can wreak havoc on health. Repeated elevation of cortisol leads to weight gain (overeating to satisfy glucose starved cells and cravings for foods high in both fat and sugar), suppresses the immune system (making us prone to illness), and is linked to insomnia, chronic fatigue syndrome, and depression.3

“As long as we have that cortisol flowing through our veins at the wrong time of day, the body will hold onto its weight,” she said. “There are indeed people here that keep gaining and gaining, which I believe is probably due to eating weight-gain-oriented foods, but in this environment, increased cortisol production can increase struggles with weight gain and other stress-related symptoms.”

Although Raskin cannot control work-related events causing stress, she is trying to keep her stress at bay through diet and exercise. She avoids white sugar and brings a healthy stash of food to work. She walks 45 minutes daily, and every other day, she goes to the gym. She talks to co-workers about changes in lifestyle.

“It takes a tremendous amount of awareness to resolve the effects of cortisol,” she said. “The natural inclination is to work out and eat well, but that’s not the whole answer. I don’t know what it does take.”

Rather than give up, Raskin continues to look into the effects of stress and ways to minimize the effects of cortisol. She has also consulted experts specializing in the study of stress, as shown in the Q&A accompanying this article.

She can’t say where the interest will take her.