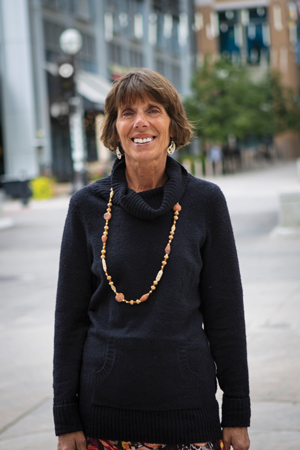 For St. Cloud (Florida, USA) Police Chief Peter Gauntlett, you can say there was no end in sight at first sight.

Drones. How could he look away?

“I was excited about the prospects,” Gauntlett said. “A tremendous tool for public safety and very valuable in a growing area like St. Cloud’s.”

The “prospects” complement several layers in the city south of Walt Disney World, the state’s major destination. St. Cloud’s population hasn’t stopped climbed during the past five decades, sprinting ahead of other central Florida cities in Osceola County with a whopping 36% increase between 2010 and 2017 (37,840–51,282) and, during that same period, added about 1.75 square miles of mostly vacant unincorporated county land.1

And don’t expect St. Cloud to stop any time soon. A 57% increase in job growth is anticipated over the next 10 years as the city annexes contiguous land zoned for development.

Reasonable year-round temperatures—rarely topping 95 degrees Fahrenheit—zero sales tax, better than average housing and job markets, and proximity to an amusement park second in popularity to Las Vegas (though much more family-friendly) account for a good part of the growth. St. Cloud residents also enjoy a substantially lower violent and property crime rate compared to the U.S. average (on a scale of 1–100: 13.9 vs. 22.7, and 28.4 vs. 35.4, respectively).

Keeping crime statistics down is, of course, bread and butter to law enforcement (and one that Chief Gauntlett will see stays that way), but not the only indicator of successful policing. Changing times increase police expectations for their agencies and, also, the public’s expectations on police.

This is one place where drones fit so well into the total picture. St. Cloud has 12 drones on its force and seven (current number) operators who are Federal Aviation Administration (FAA) certified. The fleet responds to police, fire, and medical situations, day or night. They aid in crime prevention, natural hazard and manmade damage assessment (wildfires, hurricanes, and HAZMAT scenes, for example), traffic homicide investigations, suspect apprehension, and search and rescue. Plans include drone release from the communication center.

“Drones are the tip of the iceberg in public safety potential,” Gauntlett said.

St. Cloud isn’t the only city with its sights on drone future in public safety. Read more about how agencies are incorporating the flying technology in this issue of the Journal.