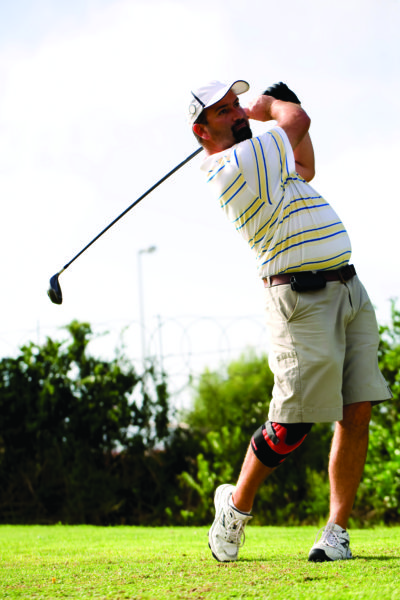 INVASION OF THE SNOWBIRDS

An abstract published in the Annals of Emergency Dispatch & Response (AEDR), the IAED’s peer-reviewed scientific journal, gives insight and provides a solution to a geographic problem applicable in places experiencing similar situations.

The research, conducted by a team from Lee County Public Safety Emergency Dispatch Center, Fla., USA, focused on medical problems occurring year-round in Florida, particularly during the period called the “snowbird season”; this typically runs from October/November through April/May when Northerners flock to Florida for a dose of sunshine.

What do many of these snowbirds look forward to doing while taking a break from the cold North? They golf.

Lee County is the No. 1 perch in Florida, ahead of Palm Beach, Miami-Dade, Polk, Pinellas, and Sarasota counties. Statewide, snowbirds swell Florida’s population anywhere from 20 to 30 percent, depending on who’s counting.

Lee County is home to 108 golf courses and, as of 2013, Lee County had the seventh-highest number of golf course holes per capita in the United States, with 393 people per hole, according to the National Golf Foundation.

Snowbird season increases local revenue but, at the same time, puts increasing pressure on the delivery of EMS due to the number of older golfers on the courses (statewide, the average age of a snowbird is 69.7).1 Common medical emergencies include stroke, cardiac arrest, fractures, back injuries, stings, and heat exhaustion.

EMS response meeting the increased incidence is challenging and doubly so relative to finding the golfer experiencing a medical emergency. Golfers can only see the terraces and backs of houses—not street addresses—and overall unfamiliarity with the area can rob valuable time away from EMS responders. Emergency crews typically report to the clubhouse address to seek help in finding the patient.

At least that was the case until April 2011 when Lee County Public Safety Emergency Dispatch Center collaborated with Shadow Wood Golf and Country Club and the Estero Fire District to develop a series of geographic information system (GIS) maps. In 2014, the successful pilot led to making the service available countywide, and the Lee County GIS Department spent more than 800 hours producing maps of every public and private golf course.

The maps label each tee, fairway, and green to let Lee County Public Safety responders know the precise locations of emergencies. Additionally, each location has a corresponding access point for the EMS units. All of the data points are linked in a large matrix.2

Medics and firefighters inspected sites for unimpeded access through the backyard of the given address. The matrix of more than 8,000 coordinates was entered into a computer-aided dispatch (CAD) system as a commonplace database. The EMD can verify the emergency’s XY-coordinates and location, enter the commonplace name, and obtain the corresponding street address to use for Automatic Vehicle Location (AVL) route mapping for the EMS responders.

All golf courses were contacted seeking their participation by displaying provided posters and were asked to encourage golfers if they have an emergency on the course to dial 911 on a cellphone rather than call the clubhouse. Calling the clubhouse only delays the critical response.

According to the study’s conclusion, the county is considering a similar implementation for waterways and beach locations based on the success on the golf course.3