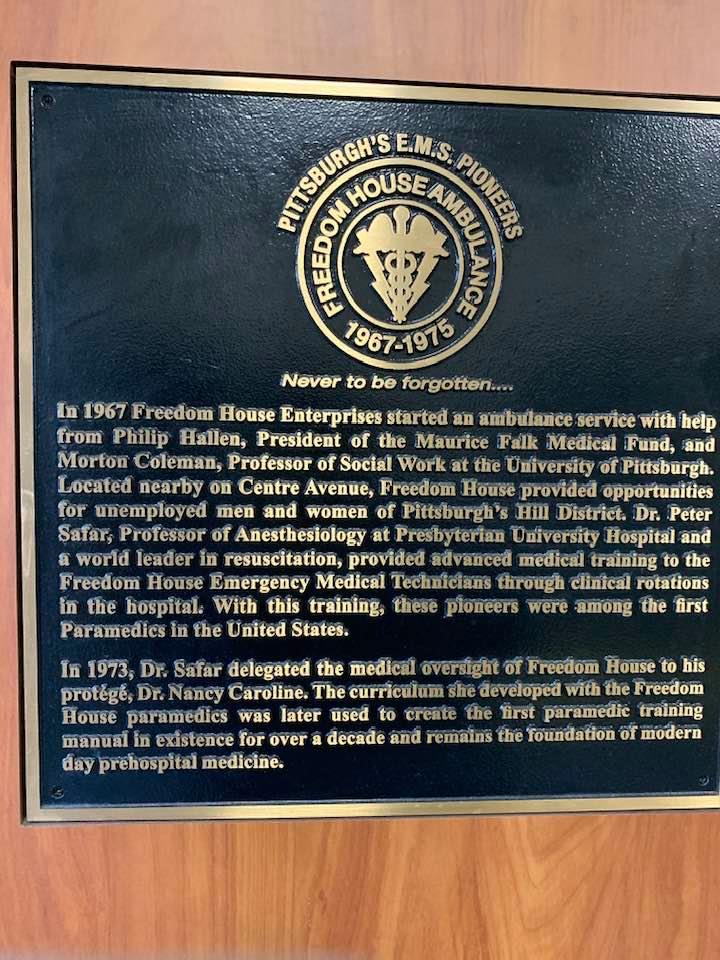 I Stand For Freedom House

It seems beyond belief that ambulance services haven’t always existed as we know them now. It’s so convenient to be able to call one up during a medical emergency, not to mention comforting to know that help is on the way as quickly as possible.

And yet things haven’t always been this way. While ambulances have been used for centuries to transport the wounded from the battlefield, the idea of ambulances taking sick or injured civilians to the hospital is a relatively new concept. In the first part of the 20th century, if you needed to get to the doctor, you had to have a family member or neighbor take you in whatever vehicle was available. If that wasn’t an option, you might be able to call the funeral home or police department and have them transport you in a hearse or paddy wagon, respectively.

What if the funeral home or police department refused to serve you? That was the case in Pittsburgh, Pennsylvania (USA), and in many other cities during the 1960s. Black people calling for help during a medical emergency would often wait hours to receive aid, assuming help was dispatched in the first place, which led to many preventable deaths.

Dr. Peter Safar, also known as the father of CPR, and Dr. Nancy Caroline saw the need for care in Pittsburgh and co-founded Freedom House Ambulance Service as an answer to the question “How can we get care to patients as soon as possible?” Dr. Caroline handwrote and illustrated the very first EMS handbook—“Emergency Care in the Streets”—to instruct the members of Freedom House in how to administer aid to sick and hurt people. The black men and women who made up the crew participated in a field trial of both CPR and advanced cardiovascular life support (ACLS) practices during this time. Freedom House took their first ambulance call on April 15, 1967—a good 18 months before Los Angeles started their first paramedic program.1

Kari Dickerson, a firefighter and paramedic in Kentucky (USA) and Director of Diversity and Membership for the National EMS Museum, just so happened to run into George McCrary, one of the original Freedom House medics, when he was driving a taxi cab in Pittsburgh a couple of years ago. He saw the paramedic logo on her sweatshirt, and they got to talking about their experiences. Dickerson acknowledged that McCrary and his teammates paved the way for her to become a black paramedic and hopes to carry on the legacy in her own way.

She works with the National EMS Museum to keep the history of Freedom House alive. During one exhibition, a little boy who was looking at old pictures of white firefighters sadly stated that “None of them look like me.” Dickerson was able tell him her own story and the story of Freedom House, letting him know that black people have been and continue to be an integral part of EMS history.3

The story of Freedom House may not be familiar to you or your colleagues; now that you know it, share it. The history and legacy of emergency services is so young that we ought to be treasuring every single piece of it to honor those brave men and women who came before us.