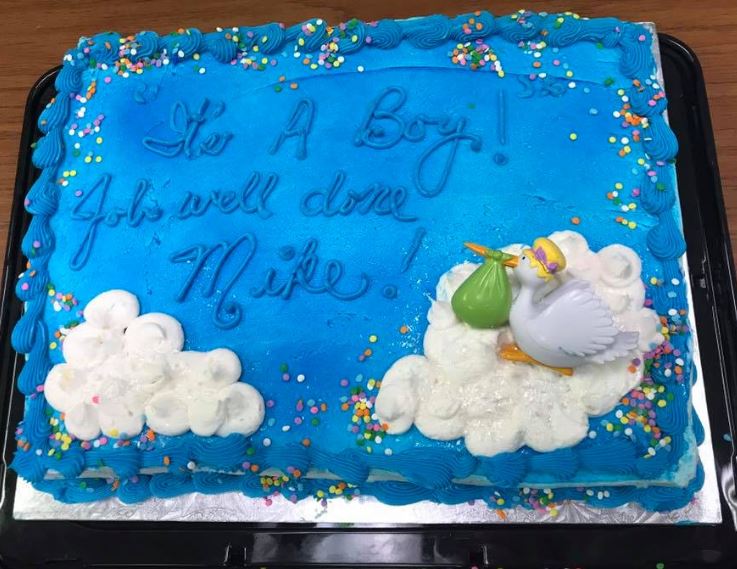 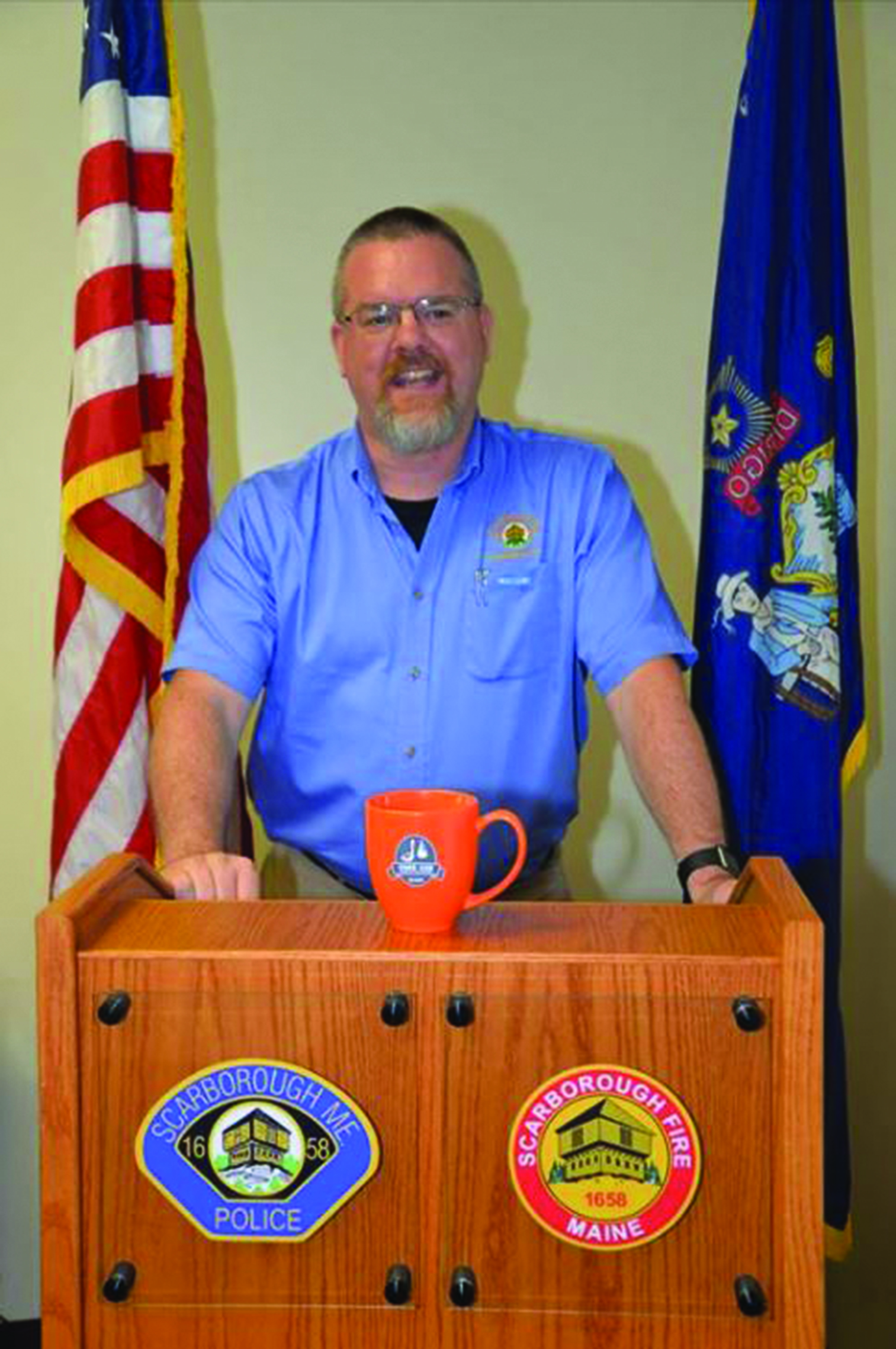 Michael Mains thought all he was going to do was help move a table.

Little did he know, the request for help was a ruse to get him to a party to honor his major part in delivering a baby.

Mains, an EMD with the Scarborough Police Department in Scarborough, Maine (USA), was at the end of his shift when Joe Thornton, Lead Communication Emergency Dispatcher, asked if he had a second to assist with some heavy lifting.

Mains said “sure,” and the next thing he saw was a roomful of co-workers, family members, and the press.

“I had no idea they had planned this,” he said.

The surprise party, set up by Thornton and Communication Center Director Sgt. Steve Thibodeau, was in recognition of the center’s first-ever over-the-phone delivery of a baby using the PAIs. Mains received a stork pin and an orange embossed stork mug (the latter compliments of the Academy) and his “15 minutes of fame” on TV news. A birthday cake with blue icing gave away what Mains already knew.

“The baby was a boy,” he said. “His grandma was really happy about that.”

The 7 a.m. call on Wednesday, July 5, 2017, came in from a woman who said her daughter-in-law was in labor with her third child. The mom had been in labor since about 2 a.m. and, at this point, labor was progressing rapidly, and it looked like it might be too late for an ambulance to arrive at the home in rural Buxton.

“Grandma was understandably a little overexcited,” Mains said, although dad, a U.S. Marine, was able to stay cool and collected.

Grandma relayed the PAIs, dad followed instructions, and, as things turned out, the ambulance crew arrived about four minutes after delivery. Mains said he used the time to chat with grandma while dad and mom made sure the baby stayed warm. Mom was doing well, and the newcomer had already announced his arrival.

Mains disconnected once the EMTs were inside the house with the family.

This was the first time in Scarborough Police Communications memory that an emergency dispatcher was the coach from start to delivery.

“It’s really unusual to do the delivery over the phone,” said Mains, who has answered other baby on the way calls but none to the extent of full delivery. “This was great. Really an honor.”

The event held nearly one month later (Aug. 1) was a bit overwhelming for Mains, who is much more comfortable at a CAD talking to more-or-less strangers than behind a podium facing an audience of people he knows. He has 18 years in emergency communications, with the past nine years at the Scarborough Police Department and the nine years before that with the Buxton communication center. Mains has also worked as a firefighter and as an emergency medical technician at Buxton Fire & Rescue. 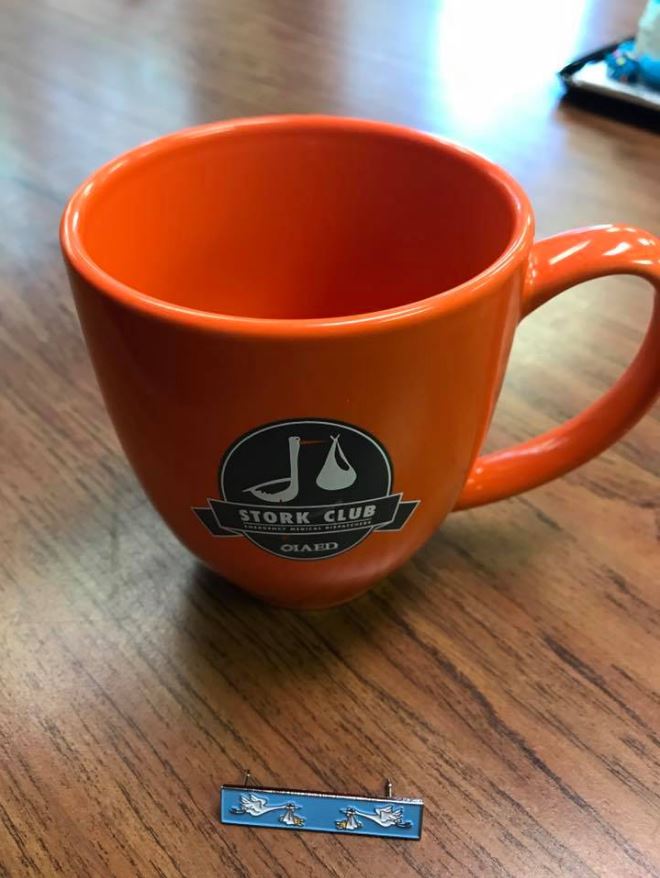 Emergency calls from Buxton are now covered in Scarborough.

This was not a first stork pin for Mains. Fourteen years ago, he and his wife, Kristina, a Buxton paramedic, shared the honors for delivering a baby on scene. Both received a pin for the occasion.

Mains called the profession rewarding because he gets to help people, although that’s not the only reason he has worked the phones and radio for nearly two decades.

“You never know what’s going to be on the other end of the call when you pick up,” he said. “I can’t imagine doing anything else.”