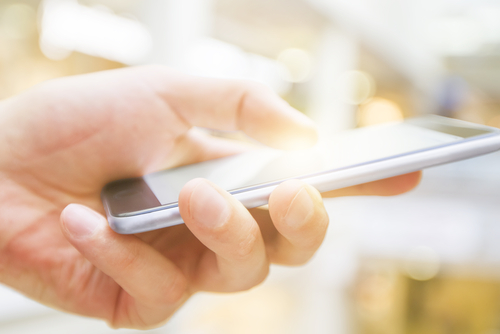 While there’s not a boatload of apps available exclusively to emergency communication centers, we found some great apps made for mobile devices to complement the goals of first responders behind the headset.

London Ambulance Service (LAS), NHS Trust, U.K., is not about to skip a beat when it comes to phone apps to increase survival rates for patients of cardiac arrest.

The “shockingly easy” campaign, which made its debut in 2013, aims to increase public access to automated external defibrillators (AEDs), while a partnership between LAS and the U.K.-based GoodSAM (SAM stands for Smart Phone Activated Medics) organization alerts clinically trained ambulance staff and the public to life-threatening emergency calls, including cardiac arrests. Public members must possess basic life-support skills trained to an LAS standard.

As part of the shockingly easy campaign, LAS offers an accreditation program that includes advice, automatic alerts, and debriefings in using the AED in a cardiac emergency.

The automatic alerting system informs the accredited organization when a medical emergency occurs, and verifies that someone with life-support skills has been informed; the call also alerts the organization to the arrival of ambulance crews.

In 2015, 88 bystanders gave electric shocks to people experiencing cardiac arrest, and and almost three-quarters of these patients were alive when they arrived at the hospital; more than half of that number recovered and were later discharged.

There are about 2,600 defibrillators available across London.

The app provides voluntary help to cardiac arrest patients across London. If the control room receives a 999 call about someone in cardiac arrest, an alert goes to the three nearest volunteer responders registered to the GoodSAM app. The app does not replace ambulance response, and it depends on clinically trained ambulance staff and members of the public trained to an LAS standard of basic life support.

The volunteer accepting the alert receives a map showing the patient’s location and the closest AED. If the volunteer does not accept the alert or the alert goes unanswered, the alert defaults to the next volunteer. Unanswered alerts are diverted within 20 seconds.

Co-founded by pre-hospital and IT specialists, the GoodSAM app allows users to send a distress signal to the three nearest medically trained Good Samaritans, and in the LAS system, at the same time the call automatically dials 999 (the U.K.’s three-digit emergency number). Registered responders—such as doctors, nurses, and paramedics—within a specified radius can proceed to the emergency prior to the arrival of an ambulance. The bystander can continue to provide information to the Emergency Dispatcher, who can also convey instructions for CPR.

Built-in tools include a “Life Detector” that provides readings of the patient’s pulse and respiratory rate, a metronome for CPR timing, and instant on-scene video streaming. GoodSAM Pro is an advanced version that gives ambulance services the ability to dispatch registered responders or co-responders to calls other than cardiac arrest.

The LAS has stressed the benefit of an additional resource to the emergency ambulance response, which is deployed as normal to a patient in cardiac arrest. GoodSAM does not replace response; it supplements services already available with the intent of getting volunteers with the right life-support training skills on the scene as soon as possible.

The app is available in several countries, and nearly 18,000 people have downloaded the GoodSAM launched in June 2014, according to GoodSAM Project Director Deepti Bal.

According to the American Heart Association, almost 90 percent of people who suffer out-of-hospital cardiac arrest die. Survival depends on getting help as soon as possible, and it is estimated that CPR, especially if performed in the first few minutes of cardiac arrest, can double or triple a person’s chance of survival.

And, also, to a solution to assist in sudden cardiac arrest (SCA) survivability.

“The victim was next door,” said Price, who despite his position as fire chief did not receive pages for medical calls. “I rushed over knowing each moment lost was decreasing the patient’s ability to survive. Response time is the biggest obstacle we face.”

The patient died despite over-the-phone CPR instructions an EMD provided to a bystander before the ambulance crew arrived.

Price believes a missing element could have changed the outcome.

“If I had heard, or if someone else close by had been notified, that could have made all the difference in saving the man’s life,” he said at the time of the incident. “Time is critical.”

A victim of SCA has about 10 minutes to live, although brain damage begins to occur well before then. The relatively low numbers of bystanders providing CPR and retrieving an AED, however, keep the number of deaths related to out-of-hospital SCA distressingly high. Fewer than 9 percent survive.

That got Price thinking. There had to be a way to connect CPR-trained bystanders and AEDs to victims of SCA. He looked around. He knew an increasing number of people depended on their smartphones but not typically to make phone calls. Many were glued to their phones, looking at a new work email, a new Facebook notification, a YouTube video, podcasts, or online banking.

There was always a reason to check your smartphone. So, why not include a lifesaving app? Having the potential to save a life could be as easy as viewing a text message.

Price sat down with an IT team from Northern Kentucky University (USA), and together, along with other members of the SRVFPD, developed a CPR notification alert. When an SCA occurred in a public place and 911 was contacted, the app would notify users within a specific radius of the patient’s location and where to find the closest AED.

While there was a boom of apps, that wasn’t necessarily a blessing for Price’s technology. Thousands of apps face identity crisis, getting lost among other apps. People scroll through the top 10, maybe, before moving on. To test the market, the SRVFPD piloted the software-as-a-service pre-arrival app. The software, PulsePoint, attracted attention. In a little over six years, 900,000-plus residents and off-duty EMS personnel in 2,000 communities across 28 states have downloaded the app. Activations exceed 35,000, and of those, at least one-third were SCA emergencies.

Price retired from SRVFPD in 2012 after a 33-year career with the fire service. He is founder/president of the PulsePoint Foundation, a 501(c)(3) nonprofit corporation based in the San Francisco Bay Area. The foundation provides a suite of mobile apps to support public safety agencies to improve SCA survival rates through better bystander performance and AED access.

The money the foundation raises goes back into development.

Innovations include building an extensive cloud-based registry of AEDs. Locations are precisely mapped according to community data verified by public agencies. Through work with the International Academies of Emergency Dispatch® (IAED™), the foundation plans to connect the registry to 911 centers for automatic retrieval of information.

“That saves the calltaker from asking if an AED is available,” Price said. “The calltaker will automatically know the closest AED.”

They “gamified” the app to further engage and motivate people and developed various ways agencies can trigger PulsePoint activations, such as sending alerts based on keywords indicative of SCA.

The foundation has partnered with the IAED and Priority Dispatch Corp.™ (PDC™) to incorporate PulsePoint with ProQA software. The process queries a third-party agency when, during the call, MPDS® Determinant Descriptors categorize and prioritize the emergency situations based upon caller interrogation and the presence or likelihood of priority symptoms and threat to life. The software will display the locations of AEDs within a specific proximity of the incident (the radius is yet to be determined by the IAED Medical Council of Standards). The third-party agency will also have the ability to notify a qualified responder to assist or perform the defibrillation.

The same prompt would apply to ECHO response initiated at Case Entry, and the new ProQA feature will tie into the existing system that tracks AED device usage.

Price is dedicated to PulsePoint and his motivation is simple.

“It’s vital to decrease the time it takes a family member or other bystander to initiate CPR,” he said. “If someone is down for eight minutes, without help, none of it matters.”

A nonprofit association affiliated with the New York Fire Department (FDNY) offers an app that gives bystanders step-by-step CPR instructions. Although not connected to emergency communications, the app does link the user to an AED closest to the situation in the city’s five boroughs.

Administered through the FDNY CPR mobile unit, the program includes a workshop introducing the app and provides compressions-only CPR training. The workshop is required prior to downloading the app, and since the app was created in 2013, more than 40,000 people have gone through the program.

The training and app really took off when New York became one of now 42 states to mandate CPR for high school graduation, according to Lt. Jose Borrero, a career FDNY paramedic who directs the CPR mobile unit.

New York’s law mandates instruction in hands-only CPR and the use of an AED for senior high school students prior to graduation. The law went into effect Oct. 7, 2015, and is part of a broader state education law requiring each school to have at least one operable AED and staff volunteers trained and certified in CPR and AED use.

“I know from experience the importance of giving CPR as soon as possible,” Borrero said. “The more people trained, the more people saved. The app gives a quick refresher to how it’s done effectively.”

Note: A list at http://schoolcpr.com/about/states-where-cpr-training-is-mandatory-for-high-school-graduation/ shows states where CPR training is mandatory for high school graduation.

The First Responder Network Authority (FirstNet) was signed into law Feb. 22, 2012, to provide a single interoperable platform for emergency and public safety communications. Ultimately, FirstNet will establish a nationwide public safety broadband network that enables data sharing across disciplines and jurisdictions and gives priority to first responders sending voice or text messages, images, video, and location information in real-time during an emergency over a dedicated LTE network.

FirstNet took a major step in achieving interoperability through a test lab that opened Nov. 9, 2016, in Boulder, Colorado, USA. According to the FirstNet website, the lab conducts “validation and verification testing for the network, services, and features, and aids future research and development related to public safety broadband technologies.”1 Testing is projected to cut the time in field testing and actual deployment of FirstNet services and applications.

FirstNet will also allow access to developers for testing apps that would complement interoperability and cybersecurity on FirstNet’s network.