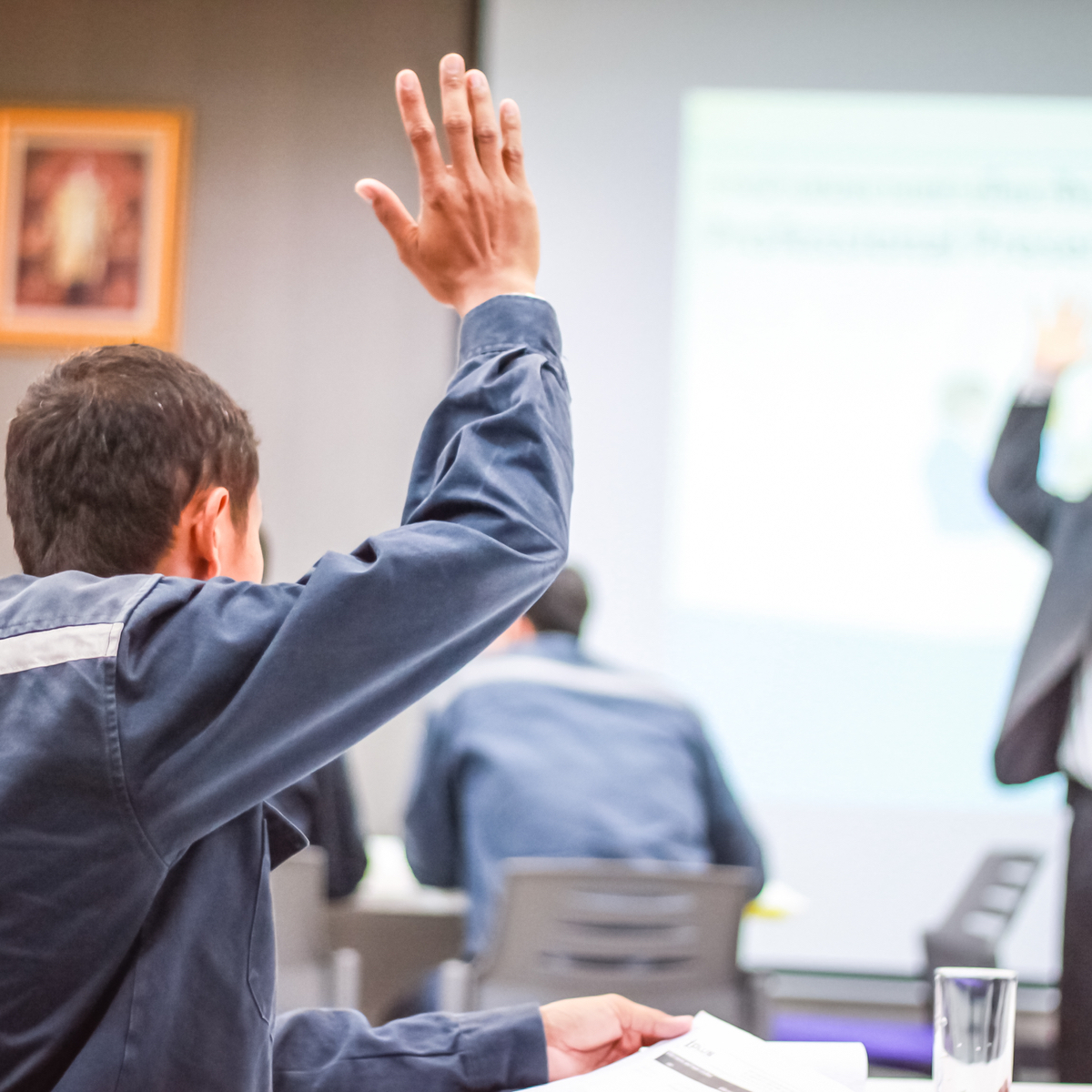 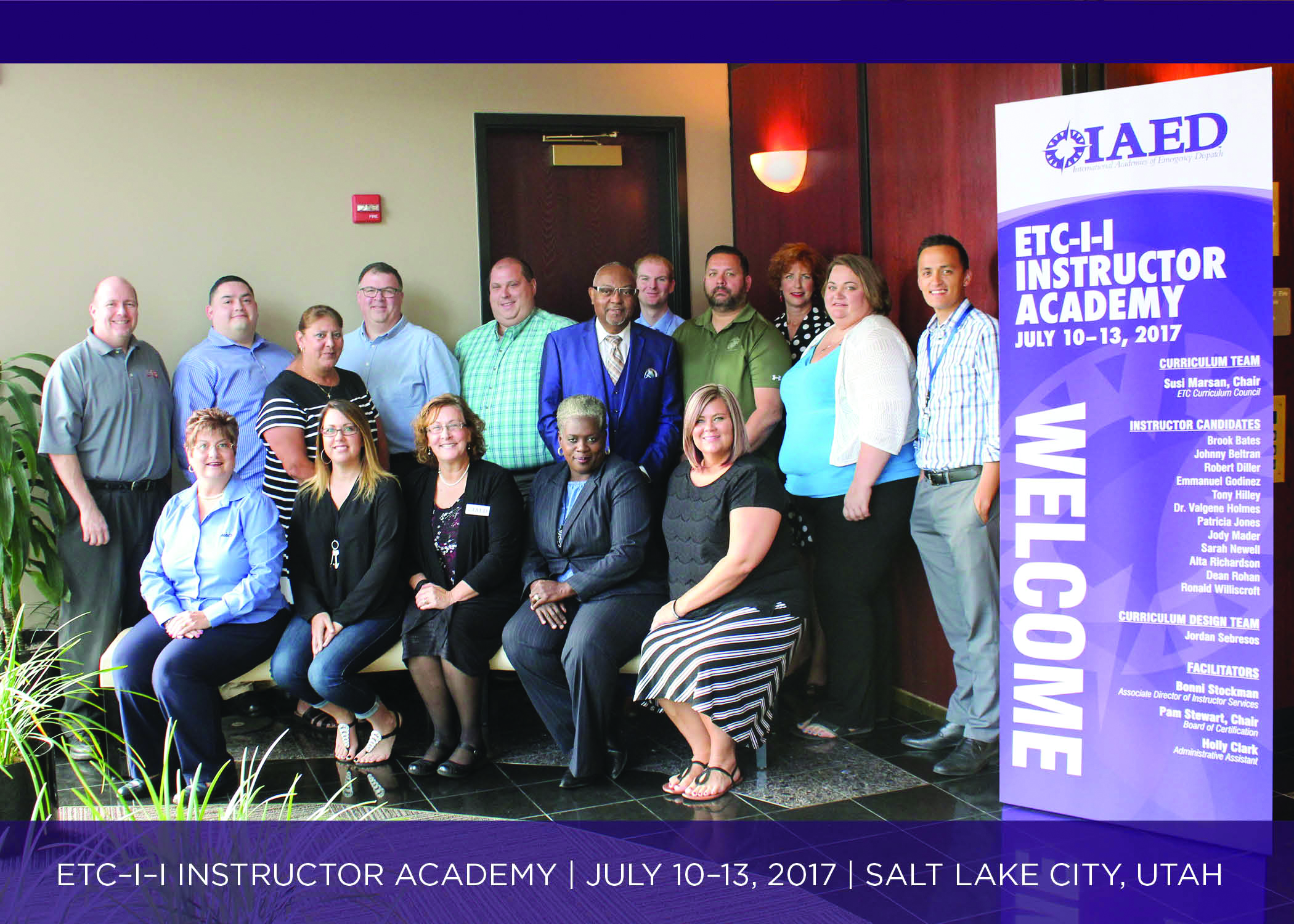 The 12 Emergency Telecommunicator Course (ETC™) instructors selected to attend a premier course in teaching practices reflect yet another step in the evolution of emergency communications.

“Emergency communications is an accepted career path,” said ETC Board of Curriculum Chair Susi Marsan, who led the 40-hour course in August at IAED™ headquarters in Salt Lake City, Utah, USA. “ETC is growing right with it. It’s a good way for students to get their foot in the door, and it provides a background for new hires unfamiliar with public safety.”

Marsan has been one of three ETC instructors certified to train and certify instructors, along with:

They’ve certified hundreds of instructors during the years since ETC’s introduction to dispatch education in 2000. The Academy’s recent course will farm that number exponentially and provides a timely reinforcement of instructor troops for a course expected to explode with the release of ETC version 4.0.

“It’s a huge relief,” said Marsan, training coordinator, Grady EMS communications, Atlanta, Georgia, USA. “We were watching the numbers and knew we had to certify instructors to meet the demand.”

ETC was developed as a forerunner in a communication career for both new hires and high school and college students pursuing public safety education.

ETC version 4.0 incorporates the national Recommended Minimum Training Guidelines that identify the minimum requirements for a state telecommunicator program. The guidelines are not federally mandated. They are optional although strongly recommended since being released in 2016 following months of collaboration among 18 representative members, including the IAED, National Emergency Number Association, National Fire Protection Association, National Association of State 911 Administrators, and the Denise Amber Lee Foundation.

Marsan said ETC meets or exceeds every standard set by the minimum guidelines and provides certification; ETC certification, however, does not include the Academy EMD/EPD/EFD certification. Those certifications are taught in separate 24-hour courses.

Valgene Holmes was given a choice.

He could choose either corrections or telecommunications as a career path program for high school seniors aspiring to law enforcement with or without a college education.

Holmes chose the latter and now nearly 17 years into the program he can take credit for giving a professional boost to hundreds of students and supplying 911 centers with employees qualified to do the job. Of the 500 students successfully completing the course, 175 have been hired in Houston, Texas, USA, metropolitan area dispatch centers.

Holmes was surprised by the program’s success. Not that he developed the program on a lark, but he just wasn’t sure how it would take.

“I didn’t know where it would go, and I’m very pleased with how well it’s worked for the students,” said Holmes, who had a long career in law enforcement prior to teaching at the High School for Law Enforcement and Criminal Justice in Houston. “I see students make life changes.”

The High School for Law and Justice (HSLJ) (originally the High School for Law Enforcement and Criminal Justice) opened its doors in 1981 to encourage minority interest in law enforcement careers. In 2000, Holmes introduced calltaking and dispatching to the curriculum through a partnership with Greater Harris County 911 Emergency Network.

Holmes started from scratch. His experience in communications was limited to talking over the radio to dispatch when he was a police officer and detective. His first step inside a center happened while he was on the road, learning about 911 communications, and was invited into the Fulton County E911 Center in Atlanta, Georgia, USA.

“I was amazed,” he said. “I had no idea about all they did. I had no idea how hard they worked to protect guys like me [police officers] in the field.”

HSLJ provides 135 hours of instruction over two semesters and includes lessons on CAD, VESTA/MapStar, TTY/TDD, and texting, and the 40-hour ETC Course. Students train at HSLJ and the Houston Emergency Center (HEC) and earn ETC certification from the IAED and Texas Crime Information Center/National Crime Information Center (TCIC/NCIC) certification from the Texas Department of Public Safety. Upon graduation, a Texas Commission on Law Enforcement (TCOLE) Telecommunicator License is required within one year of hire by a PSAP.

Holmes said students are employed at HEC during their senior year and many are offered full-time positions upon graduation.

The students call HEC "the land of opportunity" because of what it provides them while in high school and college. The good news has spread, which is one reason Holmes was eager to attend the ETC instructor course.

“Others have heard about the numbers of students hired and about the agencies that are looking to hire them,” he said. “They want to know how to do the same at their schools.” 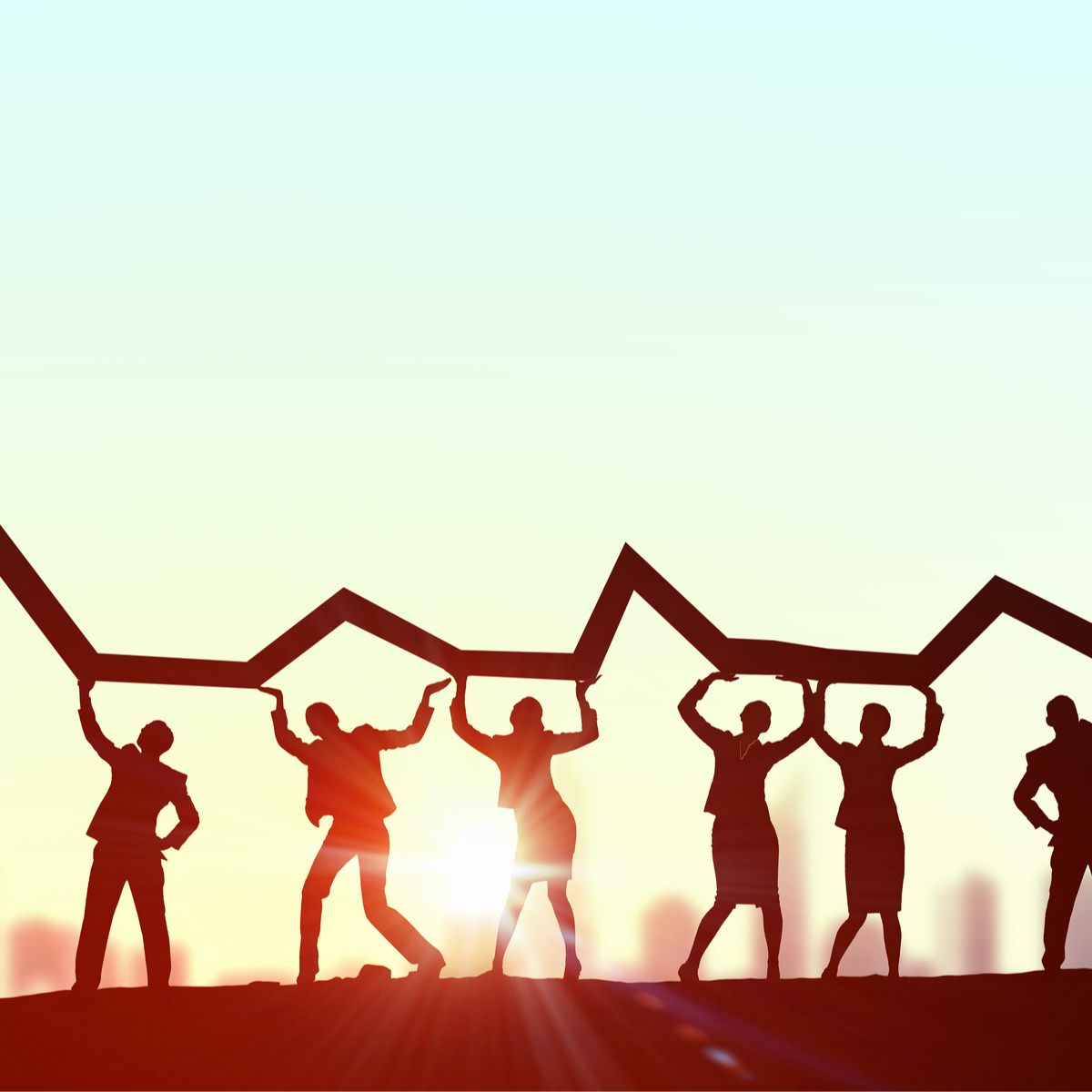 Information overload without learning core communication principles was a definite concern at the Winnipeg Fire Paramedic Service, Winnipeg, Manitoba, Canada. Communication center recruits must earn a paramedic technician’s license and certify in EMD (since 2000) and EFD (2008). While Manitoba EMS acknowledges EMD as a key service, training and education in the public sector focuses on primary and advanced care for paramedics.

An in-house training program covered the basics, such as policy and procedures beyond using the protocols, but it wasn’t enough to build the confidence needed to answer calls and dispatch response. New recruits struggled, and who could blame them?

“We were left with having to start from the ground up,” said Ronald Williscroft, QI/Training Officer, Winnipeg Fire Paramedic Service. “We couldn’t expect them to jump into EMD and EFD without any background.”

The concern led to investigating what was available to fill the gap or, as Williscroft explained, give recruits the knowledge they needed to get going. Through their association from using the MPDS and later the Fire Priority Dispatch System™ (FPDS®), they discovered ETC and for the past five years, it’s been the sustenance behind telecommunication training.

“ETC solved a lot of issues for us,” Williscroft said. “With the recruits, we saw the light bulb go on.”

ETC is where training begins. Recruits spend six to eight months in training before they are allowed to handle the phones and radios independently. The first 10 weeks is classroom, which includes practice through simulated calls, followed by working alongside experienced staff. The result is a very low turnover, both among recruits who have applied without experience to the seasoned EMS staff transitioning into communications from the field.

“People stay,” he said. “They love the environment.”

The “environment” the Academy establishes in the classroom convinced Williscroft that the ETC instructor course would be a great fit for him. Teaching ETC is top among his duties at the Winnipeg Fire Paramedic Service, and his specialty in radio communications lends to a welcomed avenue of discussion wherever he goes. The props he brings (antennas and radios, for example) convey information that dispatchers can use to troubleshoot their equipment, and the method he incorporates in his training resonated at ETC.

“Everyone had their specialty area, and you could see the passion we all bring to the profession,” he said. “I like learning ways to incorporate pieces into my global knowledge.”

Calvyn Swigart is part of his future unfolding. While in his junior year of high school, Swigart took a class in public safety through an Early College Academy course at Butler Community College and discovered that emergency communications is a profession he might want to pursue for a career.

Now into his senior year, he is an intern at Butler County Emergency Communications Center (ECC), El Dorado, Kansas, USA, and thinks it’s likely he’ll apply for a full-time position when he graduates and turns 18 (state mandated minimum age limit to work in emergency dispatch).

“I’m definitely interested,” said Swigart, who provides administrative assistance at the EMD accredited center. “There’s a lot more going on behind the scenes than I thought.”

That’s the same thought Jody Mader had when she started at the Allen County 911 Communications Center, Iola, Kansas, nearly 10 years ago. It’s also the reaction she hears during the ETC class she teaches to new hires at Butler County ECC and from the students enrolled in the same program Swigart attended.

“This is more than answering phones,” said Mader, supervisor, Butler County ECC, where she has worked for the past nearly five years. “We impact people’s lives.”

New hires at Butler County ECC go through five months of training before answering calls and dispatching independently. The 40-hour ETC course comes first, followed by in-house policies and procedures review and EMD certification. They train with experienced staff on the floor for several weeks. Mader and Butler County ECC Director Chris Davis are the two certified ETC instructors, and ETC has been part of the new hire training since 2005.

Mader also teaches a one-semester ETC course through the Early College Fire Science Academy at Butler Community College. The course she helped design teaches categorization of agency-specific response, familiarizes students with CAD operations, and offers experience in a simulated PSAP center and tours of the Butler County ECC. The Fire Science Academy is an option for students attending the Early College Academy.

Mader said the Academy’s Instruct the Instructor ETC course provided “tips and tricks” she can incorporate in teaching and curriculum development. Advanced training and education are part of the evolution Mader has seen during the past 10 years.

“Emergency dispatch is no longer considered just a job,” she said. “We are part of a profession and that requires professional level education and training.”

The Butler County ECC is the primary answering point for 18 emergency response departments throughout Butler County and dispatches more than 50,000 calls for service each year.