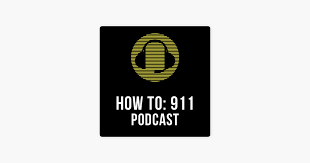 Some things never change or, at least, a basic understanding of a given concept does not always make it to subsequent generations.

What to Expect When You Call 911

A lot of people think it’s an informational number expecting answers regarding local services, food delivery, and traffic updates. Some calls are pranks and others, there’s no telling why the emergency line was the point of contact. While the absurdity of the call may sound funny to the casual observer, they can interfere with what needs to be done. For example, a woman in Deltona, Florida (USA), called 911 four times to complain about a nail technician. Even with a police deputy sitting next to her, she still called 911 to complain that her nails were too short. 1 A Texas woman called 911 upset that she did not receive the $1.62-worth of extra shrimp in fried rice that she paid for.2

You would think that over the decades—since the first ever 911 call in the United States happened on February 16, 1968, in Haleyville, Alabama (USA) and the world’s oldest emergency phone number 999 was introduced in the U.K. on June 30, 1937—a majority would have the hang of it. A majority should understand the basic concept about the proper use and understand not to call for reasons like directory assistance, paying for a traffic ticket, or lodging a complaint against a food establishment or manicurist.

That’s not the case, which explains the long life of 911 mascot Red E. Fox (the “E” stands for emergency), the more recently inspired “Sally Cellphone,” created by the Commission on State Emergency Communications in Texas (USA), and podcasts including Dispatch in Depth and How To: 911.

Dispatch in Depth, moderated by IAED™ social media coordinator Becca Barrus, provides insights into issues, research, and people in the profession. A recent episode highlighted a program that endeavors to dispel 911 misconceptions and enlighten those who are not always so sure when or why to call 911. The show, How To: 911, debuted in April 2020. The same principles the hosts present can apply worldwide.

“We know 911 exists, but for most, that’s about it,” said Sami Pohl, EMD, City of Loveland Emergency Communications, Colorado (USA).

Pohl was relatively new to the profession and realized, despite her increasing understanding of 911, she was—and always would be—a student of emergency communications.

“Ever since my first day, I’ve been learning,” she said, and if she (someone working in the profession) anticipated an extended learning curve, what about the majority who might never call 911 or call 911 during a major life crisis?

“I wanted to give people a better idea of what we do,” she said. Let them know what to expect when and if the time comes.

She reached out to Loveland City Emergency Communications Chief Training Officer Erica Snyder, EMD, EMD-Q™. Considering her 14 years in the profession, Snyder agreed. A preliminary list of topics focused on 911 FAQs, education, and etiquette evolved into a platform showcasing the public safety chain of response and outside experts contributing to dispatcher well-being, such as Jim Marshall and Ryan Dedman. They interview police officers, paramedics, firefighters, emergency dispatchers, and as Snyder said, “the whole universe” connected to emergency response.

“We really strive to make sure that through teaching we aren’t encouraging with the common mindset of dispatchers with a ‘they should know better’ thought process when it comes to everyday callers,” Pohl said. “And as annoying as it [an inappropriate reason to call 911] is, we can’t fix a problem if we don’t try to understand it first.”

And since not all communication centers are one size fits all, they compare differences found among agencies, including management, disciplines dispatched, protocol, and the multitude of other factors separating service delivery.

“We cover a lot of territory,” Pohl said, with plenty of ground left for future podcasts.

Discussions vary in length and new podcasts are posted every two weeks through Apple Podcasts at https://podcasts.apple.com/us/podcast/how-to-911/id1525613683, YouTube at How To: 911 Podcast, and on Facebook at Loveland Emergency Communications Center. You can also contact Pohl and Snyder at HowTo911@cityofloveland.org and Instagram @HowTo911Podcast.