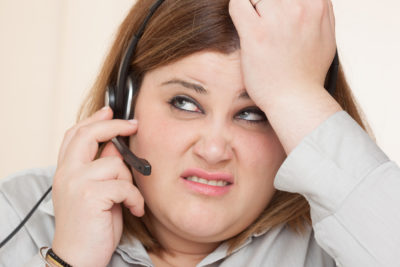 FROM ANECDOTAL TO HARD DATA

The subject of stress in the 911 center surfaced repeatedly during Dr. Genelle Sawyer’s research into the effect of traumatic incidents on police, fire, and ambulance field personnel.

Although she realized that dispatchers and calltakers might experience the fatal traffic accidents, violent domestic disputes, and other potentially high pressure situations from a different perspective, she had heard enough stories in their retelling to switch her academic focus, at least temporarily.

“In my work with first responders, 911 was a topic that kept coming up,” said Sawyer, Department of Psychology Associate Professor and Director of the Master of Arts in Clinical Counseling program at The Citadel Military College, Charleston, S.C. “There’s certainly an impact on people, but most of what I heard was anecdotal.”

Sawyer started to investigate, conducting a review of literature, including the work of well-known 911 researcher Michelle Lilly. An Assistant Professor of Psychology, Northern Illinois University, DeKalb, Ill., Lilly specializes in cognitive and emotional processes to predict PTSD in 911 telecommunicators.

In 2012, Lilly and her former student, NIU Research Associate Heather Pierce, who worked for more than a decade as an emergency dispatcher in a western suburb of Chicago, published the results of their groundbreaking research into the on-duty emotional distress experienced by 911 dispatchers. During the past four years, she has published several other dispatch-related research studies.

“[Lilly and Pierce] are virtually the only ones to study this population, and I want to expand on the research,” Sawyer said. “I want to continue this on a broader basis.”

“There’s so much we don’t know,” she said. “Here is this entire group of people regularly exposed to difficult calls and only minimally studied in terms of the effects on them.”

Sawyer plans to collect data through an online survey to dispatchers employed at various police, fire, and ambulance associated emergency centers to validate “what’s going on out there.” By March, she had contacted several agencies, predominantly in the southeastern U.S., eliciting interest not only in the topic but, also, her voluntary and confidential approach to the study. Participants complete the surveys anonymously, and personnel at the centers enrolled in the study are not required to participate. Depending on the time it takes to collect data, she looks to late summer for preliminary results.

She said initial goals include developing a better sense of day-to-day operations at a communication center and—through the data collected—learning more about how constant exposure to traumatic events influence mental health, professional burnout, coping strategies, and beliefs about the world. She also wants to dig deeper into the factors that promote career longevity and resiliency that she noted in the data from her past research into emergency services.

“My research suggests there is more burnout [attributed to stress] among shorter-term public service emergency people,” she said. “Maybe individuals longer on the job develop resiliency. They have learned ways to cope.”

Although the current study will not directly involve members of the military community, it complements her research interests in trauma, post-traumatic stress disorder, and development of evidence-based treatment.

“I am drawn to populations where the data is lacking,” she said. “Not knowing the extent that telecommunicators are affected by their job evolved into a concern. The study should help to better understand what they’re going through and what they need to help develop coping skills to maximally do their job.”