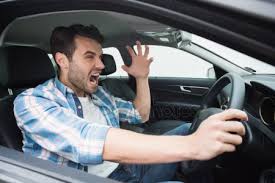 A lot can go wrong involving cars and traffic, but whatever comes your way, the fire and police protocols have you covered and together complement the goals of fire/rescue and law enforcement. The Medical Protocols address scene safety conditions during Case Entry and focus on the potential severity of injuries.

Protocol 81: Sinking Vehicle/Vehicle in Floodwater was sheared from Protocol 72: Water/Ice/Mud Rescue and specifically addresses calls for sinking vehicles and vehicles in floodwater. Protocol D: USAR/Vehicle and Other Hazards was designed to provide callers with basic instructions on what they should or should not do to enhance survival chances until specialized teams trained to handle these incidents arrive.

The Police Protocol addresses reports of a driver suspected to be under the influence of intoxicating liquor or drugs (Protocol 115), carjackings (Protocol 126), and road rage (Protocol 132). An EPD can help secure the scene and provide safety instructions in a traffic crash with or without injuries and in hit-and-run incidents (Protocol 131) as well.

PPDS v6.1 did not include the release of any new protocols, although EPDs will note major changes in one of the most common Chief Complaints—Protocol 131: Traffic/Transportation Incident (Crash). This same protocol interrogation was significantly modified in PPDS v4.2 to reduce the number of questions and to get to relevant details more quickly. In PPDS v6.1, questions regarding airbags and potential hazards on scene were added.

The fire and police protocols also address incidents such as a stuck accelerator, a fuel spill at a gas pump that could cause incendiary problems, flammable substances leaking in or near a vehicle, and precautions to take when electrical wires are in contact with a vehicle on fire.

The division of former Protocol 72 into two separate protocols allows for more appropriate Key Questions, PDIs, and Determinant Codes. Chief Complaint Selection Rule 1 reminds the emergency dispatcher to consider sinking vehicles occupied until proven otherwise to prevent injury or death of passengers possibly overlooked inside the vehicle. Rule 1 on Protocol 81 has been added: "For a 1st party caller in a sinking vehicle, go directly to PAIs without obtaining an address, phone number, or name during Case Entry." These situations are recognized as extremely high risk/low frequency, and not time exists to obtain this information because the vehicle will typically sink prior to any instructions being given with a higher likelihood the vehicle occupants will drown.

As already cited, Protocol D highlights optimal instructions for survival in situations requiring assistance from specialty safety teams. The protocol is not limited to vehicular-associated perils and includes survival instructions in instances of trench and structural collapse, which were moved from Protocol B: Building Evacuation and Health/Life Safety.

Panels new to the FPDS in Protocol D focus on vehicular incidents.

Panels D-4 through D-4d provide the caller with instructions describing how to escape a trunk by recognizing and utilizing the vehicle’s features. Do the back seats fold down, or is there space to maneuver around the spare tire compartment and retrieve the tire iron for prying the latch open? Can you find the automatic release lever?

Accidental or intentional entrapment in a trunk is a serious life-threatening hazard. A person of any age can die from the high temperatures and poor ventilation. Between 1970 and 1999, nearly 1,000 incidents of accidental and intentional trunk entrapment endangered 1,175 people. Between 20–25% of trunk entrapment victims did not survive, and that percentage increased to 35–40% for victims ages 14 and under.1 In 2001, federal law required all manufacturers to equip cars (2002 and beyond) with glow-in-the-dark trunk release levers.

Vehicle fires are not uncommon, according to data collected in the U.S. Fire Administration’s National Fire Incident Reporting System: Each year, from 2014 to 2016, an estimated 171,500 highway vehicle fires occurred in the United States, resulting in an annual average of 345 deaths, 1,300 injuries, and $1.1 billion in property loss. These highway vehicle fires accounted for 13 percent of fires responded to by fire departments across the nation. The term "highway vehicle fires" includes fires in passenger road vehicles (e.g., cars, motorcycles, and off-road recreational vehicles), freight road transport vehicles (e.g., dump trucks, fire apparatus, and tank trucks), and agricultural and construction vehicles.

Revisions in FPDS Protocols 71 and 77: Motor Vehicle Collision provide clarification, such as specificity in the type of vehicle involved, and both feature a new ECHO code to immediately alert responders of occupants trapped inside a vehicle on fire.

Similar to the FPDS and MPDS, PPDS Protocol 131 includes an “H” suffix for “HAZMAT.” The FPDS includes seven suffixes on Protocol 77, of which four address HAZMAT and varying conditions of fire and the number of vehicles involved.

The deployment of an airbag is specific to the PPDS to indicate that there may be unseen or unrecognized injuries to people in the car even when the caller reports that no one is injured.

Not a day goes by without emergencies related to road traffic crashes, and global fatality statistics worldwide bear the consequences of what the World Health Organization (WHO) calls a preventable cause of death that requires strong policies and enforcement, smart road design, and public awareness campaigns to drive down a problem that appears to be getting worse. According to the statistics:3

Emergency care is at the core of post-crash response, and the series of actions essential to care for the injured begins with the activation of the emergency care system and continues with care at the scene, transport, and facility-based emergency care.

In addition, the WHO recommends robust data collection to reach future targets in reducing road traffic crashes and to identify gaps in existing systems.

The medical, fire, and police protocol systems work similarly in response to traffic incidents. In Case Entry, the first two questions in each protocol are location and callback number. The caller is asked to state exactly what happened in response to the third question in MPDS and fourth question in FPDS and PPDS. The report of a traffic accident alerts emergency dispatchers to the respective Chief Complaint (MPDS Protocol 29, FPDS Protocol 77, or PPDS Protocol 131.

The traffic incident Chief Complaints may address caller interrogation in varying order, but each focuses on mechanism of injury and scene safety. These protocols identify potentially major incidents to correlate resources to the size of the event, whether injuries are involved, the types of vehicles, problem suffixes to further clarify the incident, and each provide caller/bystander instructions to steer clear of an active roadway to prevent being struck by another vehicle.

FPDS Protocol 77 Key Questions concentrate on the situation (number and type of vehicles involved, hazards that could jeopardize people on scene and responders, and mechanism of injury suggesting level of injury). PPDS Protocol 131 Key Questions provide law enforcement with on-scene safety precautions (blocked or slowed traffic due to the collision) and potential criminal conduct (leaving the scene and alcohol or drug use).

Protocol 77 was modified in FPDS v7.0 to delineate in the Determinant Descriptors between accidents involving a motorcycle/vehicle vs. motorcycle (77-D-7) and a vehicle vs. pedestrian/bicycle (77-D-6). The new descriptor (77-D-7) includes dockless electric scooters (e-scooters).

E-scooters entered the public mode of transportation choices in September 2017, and in 2018, the number of rides Americans took via dockless scooters, bikes, and traditional bikeshare systems more than doubled to 84 million trips.4 The numbers are expected to continue their climb considering the spread of e-scooters and bikes to most major American and European cities.

E-scooters offer convenience, but with that flexibility comes a whole new granularity to data charting types of vehicular accidents. According to a ProQA® review of Protocol 77 (April 2014–November 2019), there were 86 calls in which a scooter was specifically mentioned in the initial information gathering during Case Entry before any Chief Complaint was selected. An additional 51 calls (for a total of 137) during this same time period volunteered information about what type of vehicle based on Chief Complaint. The determinant 77-D-7 includes, for example, van vs. scooter, fall off scooter (no other vehicles involved), and some mention of injury (bleeding and head trauma).

What’s so amazing, however, is the time in which the scooter was identified specifically. Roughly from September 2017 through November 2019, the numbers reported in accidents were 134 and 85, respectively. In the three years prior, the numbers remained basically flat, never exceeding two for each succeeding year until 2017.

While e-scooters are becoming a popular urban mode of travel, they are also adding a new category to emergency room visits for fractures, dislocations, and head trauma.

A three-month study (September to November 2018) found the e-scooter injury rate was 14.3 per 100,000 trips. The most common wound after head injuries involved upper extremity fractures at 27%, followed by lower extremity fractures at 12%. Since this is the first-ever study of its kind, a comparison to earlier trends is not available and the CDC, in collaboration with state and local partners, is developing and evaluating methods to find and count the number of injuries related to dockless e-scooters on a national level.5

The SEND (Secondary Emergency Notification of Dispatch) Protocol facilitates better initial information and fewer relay of questions between police officers, sheriffs, security officers, federal agents, highway patrol, or military police and EMS as response is coordinated. The protocol walks emergency dispatchers through the process of evaluating and recording a reporting officer’s on-scene assessment and guides them in sending the most appropriate resources.

In addition, the SEND Protocol relies on the professional judgment of on-scene officers to recognize situations such as uncontrollable hemorrhage, when to send a lights-and-siren EMS response, and how to evaluate serious vs. non-serious injuries.