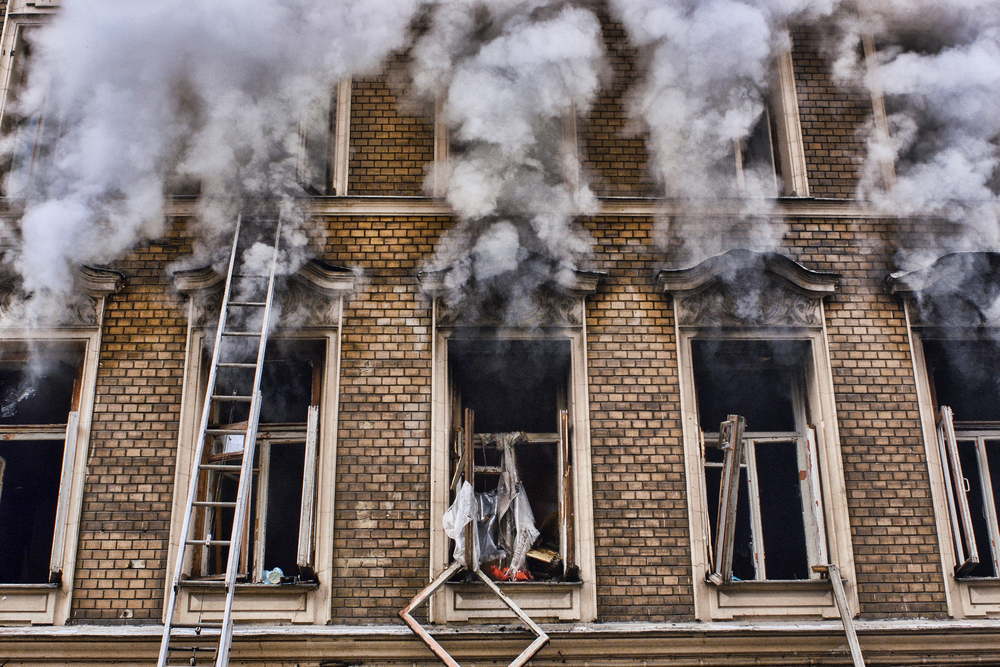 Research into the causes, effects, and possible solutions that involve structure fires isn’t as easy as you might expect.

Broadbent is principal investigator in an IAED study comparing the number of smoke alarms activated to the actual number of working fires that require response. The study is also designed to pick up the percentage of nuisance alarms, defined by the National Fire Protection Association (NFPA) as an unwanted activation of a signaling system or an alarm initiating device in response to a stimulus or condition that is not the result of a potentially hazardous condition.

Smoke detection systems are the common means of detecting a potentially dangerous structure fire and are required by building codes in most residential dwellings and commercial buildings. A smoke detection system sends a signal to the building’s fire alarm to activate a visual warning or alarm.

Protocol 52: Alarms in the FPDS begins with the Key Question: “What type of alarm is this?” Alarm monitoring companies and private callers are addressed separately in both Key Questions and PDIs. CHARLIE and BRAVO Determinant Descriptors provide information about the type of fire reported; an OMEGA Determinant Descriptor designates an alarm other than a structural fire (e.g., vehicle or medical system). The data is collected in ProQA and stored in CAD.

The U.S. Fire Administration (USFA) established NFIRS in 1975 as a national repository of fire data. Participation is voluntary and departments follow a prescribed set of definitions to report a common core of information (incident and casualties).

While Broadbent’s methodology depended on data collected from supposed reliable sources for analysis, the unforeseen occurred early in the project. She found that while NFIRS offers a wealth of data, the data is not always consistent. She was unable to establish the data relationships the project requires.

NFIRS offers the world’s largest database of incident reporting. According to the USFA, about 23,000 state and local fire departments file 22 million NFIRS reports annually. Like a lot of things, however, as NFIRS’ sophistication grew, so did the complexity of reporting information. For example, the coding structure for data processing has become increasingly granulated. Each separate incident generally requires completing several lengthy modules and information reporting tends to be inconsistent. Not everyone answers all the questions, and the questions are not answered in the same way.1

For Broadbent’s research, the information she needs is difficult to sift from the whole.

NFIRS analyzes smoke detector data for presence (was an alarm in place), operation (was it working), and effectiveness (did it accomplish what it was supposed to do). In addition, many incident type queries were designed to capture multiple attributes, such as cause of a nuisance alarm and the type of device or system involved (smoke, heat, sprinkler with water flow detection, and undetermined). When the information is not available, or too difficult to find, the field is marked “U” for unknown or undetermined in the case of detector types.

A tendency for firefighters to put more complete information into modules for major fires than for minor incidents also skewed results. Preliminary findings for Broadbent’s research showed that 13 percent of all alarms turn into full-blown fires.

According to the NFPA, in 2005, U.S. fire departments responded to 2.1 million false alarms, excluding good intent calls and smoke scares. Nine percent of all fire department responses were to false calls and only seven percent were to fires.2

Fire research is an enigma, Broadbent said. The data are far less accessible compared to EMS, with its expanse of research and libraries of available literature.

Former Salt Lake City Fire Department (SLCFD) Chief Brian Dale used NFIRS to analyze city high rise and high life structure fires (NFIRS Code 111) that originally came in as an automatic alarm. The retrospective study, spanning three years (2007–2010), identified the number of alarms that involved putting out a structure fire. In other words, he wanted to know how many of the alarms required the full regalia of resources (three engines, two trucks, one chief, and one ambulance). This research was particularly important in a city experiencing a high rise building boom to accommodate urban sprawl.

Dale used data from the SLCFD Communication Center CAD and NFIRS to analyze the department’s risk and to try and reduce the number of unit responses where safe to do so. The NFIRS data showed that in all alarms during the three-year review, there were two incidents of fire and both times the fire was very small.

If it’s burnt toast triggering an alarm, firefighters don’t complain. An alarm was triggered to indicate a potentially hazardous incident. But an alarm tripped because of bad batteries or a system test? That’s not time or money well spent.

Dale, who was SLCFD Deputy Chief at the time of the study, devised a service delivery approach that included sending the closest engine company with four firefighters (HOT) and one truck company with four firefighters (COLD) to assess the urgency of a high rise and high life alarm. One company monitors the building’s fire control panel and controls elevator access, while the other surveys the area triggering the alarm.

“We send the closest vehicle and, if they find an actual fire, we ‘fill the assignment,’ with additional resources,” said Dale, who was promoted to SLCFD Chief in May 2015.

The department went from sending four or five heavy apparatus to sending two, with only one going HOT, and in the first year, they realized a reduction of 987 unit responses for FPDS codes 52-C-1 and 52-C-2. The department stands to save thousands of dollars annually (think in terms of the price of fuel and the fact that these heavy apparatuses get an average of two miles per gallon of gas). Dale calculated that more than 2,833 gallons were saved in the first year, in addition to extending the road life of apparatuses that carry a price tag of more than $650,000.

In 2017, Dale retired from the fire service and was subsequently selected as the IAED Associate Director of Medical Control and Quality Processes. Troubleshooting plans to reduce nuisance alarms is no longer part of his job, although their accuracy in relation to real fires is a focal point of the Academy’s fire research.

Broadbent is continuing her research using a much more time intensive approach. She is contacting agencies using ProQA fire and attempting to match the ProQA alarm data (address, date, and time) to working and extinguished fires. The difference between the alarms correctly triggering response—there was a fire—and the alarms triggered for some other reason—there was no fire—should give her a reasonable assessment to satisfy her study question.

“It’s fuzzy logic,” she explained. “It’s another way of finding a solution.”

Note: NFPA 72 allows supervising stations to verify alarm signals from household fire alarm systems before notifying the fire service if such verification will not delay reporting by more than 90 seconds and the authority having jurisdiction agrees. Many agencies charge fees. For example, the SLCFD’s response to more than 2,400 false alarms in 2011 prompted an ordinance of tier-based fines to reduce their frequency.