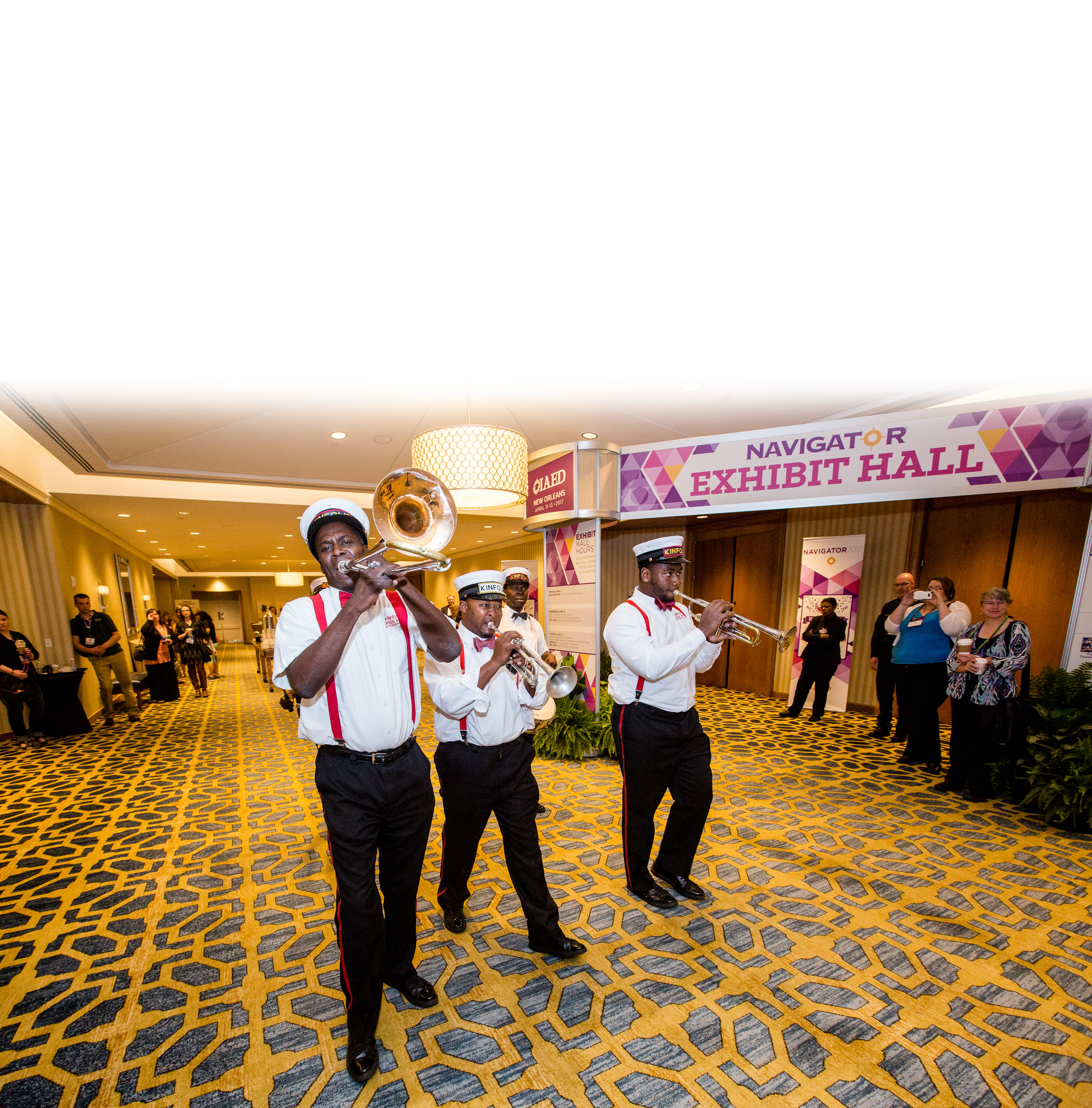 Excellence has a way of moving you to the next step and beyond.

Excellence has a way of opening your eyes, letting you see the best path to follow.

Excellence builds a foundation that benefits you and everyone connecting to your world.

And excellence was the theme this year at NAVIGATOR, held April 12–14, in the Big Easy.

“It’s what you do that makes the difference,” said Academy President Jerry Overton during his Opening Session remarks building up to this year’s Dispatcher of the Year Award.

Contrary to the nickname bequeathed upon New Orleans, Louisiana, USA, in the 1970s, however, excellence in emergency communications is neither a slow nor easygoing way of life.

“What you’re doing is everything but that,” Overton said. “You are committed 24/7 to making a difference. Your excellence makes a difference in each and every call.”

The distinction of being “extremely good” doesn’t work independent of objectives. It also depends on where you choose to concentrate professional efforts, and, as Overton pointed out, at NAVIGATOR opportunity abounds, with choices packed into every hour and bordered by some of the best networking in the industry.

“NAVIGATOR is an eye-opener,” said Richard Lindfors, Quality Improvement Manager, Richmond Ambulance Authority, Richmond, Virginia, USA. “I get to see what other agencies from the rest of the world are doing. At the end of the day, we’re in the same business, with the same issues, and we’re here able to discuss them in a focused, nonworking atmosphere.”

NAVIGATOR attracts the dedicated—emergency dispatchers, supervisors and center directors, and public safety experts—to a single source that celebrates the profession. The awards start on opening day and continue through the Closing Luncheon two days later. When each recipient accepts an award, it’s also a sure bet that the person will acknowledge co-workers.

“I couldn’t have done it without my partners,” said Dispatcher of the Year Erin Berry, EMD, Loveland Police emergency communications, Loveland, Colorado, USA.

Berry was honored for professional excellence exemplified by her lifesaving efforts during a call that led to the revival of a Loveland High School student (read the DOY story to learn more).

And NAVIGATOR awards were just getting started.

NAVIGATOR offers the premier educational and networking venue. New Orleans drew 1,320 attendees. The 113 sessions spread over the three days included 16 tracks presented by new and veteran speakers (169 total). A total of 42 exhibitors lined up in rows inside the coliseum-sized exhibit hall.

A global tone reverberated throughout the three days, with attendees from 15 countries (including the USA and Canada) and a dedicated international track.

A special guest appearance by a young lady and her family accentuated the positive effect of emergency communications when you might least expect it (which is the nature of the business). Emily Cox proved “The Power of Protocol to Save Lives, Change Lives, and Make Friends” in a final day session given by Kim Rigden, IAED™ Associate Director of Accreditation, and Michael Spath, Manager, Communications, Sunnyvale Department of Public Safety, California, USA. In 2007, Rigden coached Emily’s grandmother Cynthia Cox, in CPR after then-7-year-old Emily was accidentally shocked in a home accident. The Cox family lived within the 911 region covered by the British Columbia Ambulance Service, where Rigden worked as an EMD.

“I knew I made a difference that day,” said Rigden, who introduced Emily and Cynthia to the standing room only presentation. “We all are a helping hand when people need it most.”

Spath, who later Q’d the call at Rigden’s request, admitted Rigden’s protocol compliance wasn’t perfect, at least not in comparison to her customer service.

“That was phenomenal, off the charts,” he said. “The caller was responding. They had made a connection.”

Getting to the events was half the fun.

The second line parade on Wednesday was a tribute to New Orleans in the name of emergency dispatch. A costumed group and brass band, considered the parade’s “main line,” were followed by a large group of revelers (NAVIGATOR attendees), known as the “second line,” starting at the Hilton New Orleans Riverside, overlooking the Mississippi River, down the famous and fabled streets of the French Quarter. Generations Hall was built in the early 1820s as a sugar refinery and has since been renovated to depict the history of New Orleans jazz.

The drive to Mardi Gras World introduced ACE attendees to the tastes of New Orleans, from hurricanes (and not the type known for winds exceeding 150 mph) to Cajun, Creole, and French cuisine, and everything in between. Mardi Gras World gives a backstage look at the 300,000-square-foot float-making warehouse.

Of course, nobody goes to NAVIGATOR overlooking those they left back at the comm. center, especially when the week happens to coincide with National Public Safety Telecommunicators Week (NTW) (April 10–14, 2017). NTW, celebrated in honor of the very people attending NAVIGATOR, is often the most anticipated week of the year, featuring dress-down days, games and prizes, daily drawings, and food provided by just about every branch of local public service.

“Sure, I’m missing the celebrations with co-workers,” said Melissa Trcka, Training Coordinator and Quality Assurance Officer, Vicksburg Warren 911, Vicksburg, Mississippi, USA. “But that’s OK because this is very important for our agency.”