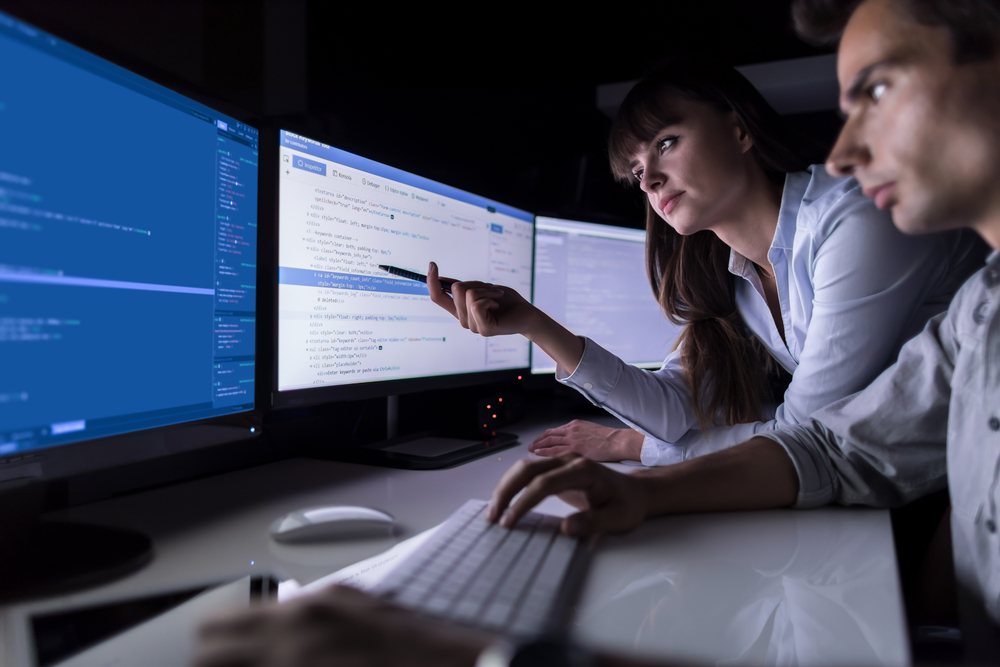 They talk about the really difficult calls and how they are still unsure if they handled the calls correctly. They talk about their entrance into emergency communications and introduction to protocols, compliance, and performance reviews and down the road—if they so choose—adding credentials beyond their initial EMD.

And central to everything is how their experience and knowledge can benefit those new to the profession in an environment of safety and confidentiality.

“Mentoring is about creating a relationship of trust,” said Louise Todd, Clinical Support Officer, Priority Dispatch Corp.™ (PDC™). “That’s the basis for helping someone build confidence and feel good about what they’re doing.”

Having made its pilot debut recently at IAED™ headquarters in Salt Lake City, Utah (USA), the Mentoring Instructor Certification Course is open to certified mentors who want to take on the task of introducing more mentors into the field. The instructors provide the tools mentors need to direct new emergency dispatchers with little or no experience on a career path specific to the IAED process.

If anyone thinks emergency dispatch is a job picked up in a snap, the training required to work at the Winnipeg Fire Paramedic Service (WFPS) Communication Centre (Manitoba, Canada) will certainly put that notion to rest forever.

For starters, Manitoba requires that every Communications Operator have a valid technician license and proof of successfully completing the calltaking and dispatch education program. The applicant goes through a rigorous interview process and, if hired, that’s only the beginning as far as being independent on the phones and radio.

And since WFPS sends responses for both fire and EMS, the “considerable time” can stretch into six to nine months and is focused on classroom training, EMD and EFD certification, and the mentoring program that will now feature mentors certified through the Academy.

Mentoring is certainly not a new concept to WFPS. When Jewell started 17 years ago, an experienced emergency dispatcher worked alongside the new hires, answering questions, providing feedback, and offering support.

“There was nothing formal,” Jewell said. “They came out of class. They were new. They were learning, and we helped them to make sure they were doing it right.”

Approximately five years ago, emergency dispatchers volunteering to mentor brought attention to their own perceived shortfalls in giving feedback. They wanted more formal training. They wanted to know the best approaches to mentoring. After all, the skills necessary for effective mentoring are different than teaching people how to use the protocol and operate the radio system.

“You must be able to give constructive feedback,” Jewell said. “It takes a person who has patience and an understanding that it often takes more than one time to do something right. Students look to you and must be comfortable going to you for help.”

In recognition of the differences, a new layer of support was added.

WFPS assigns a mentor—either a Communications Operator or a Lead Hand—to a new hire, and they both track progress. The Lead Hand provides feedback based on a list of competencies (familiarity with the area’s geography, calltaking, customer service, and radio operations, just to name a few), and the mentee keeps a daily and weekly log that includes rating the effectiveness of the mentor’s feedback.

“The program worked out quite well for us,” Jewell said.

Jewell attended the Academy’s Mentor Instructor Certification Course. She said the ability to certify mentors at WFPS adds an element that complements their existing program and strengthens the mentoring position.

“Certification recognizes and formalizes what the mentors do,” Jewell said. “It’s more official for them.”

Nicole Kotak, Training Manager, Medical Transportation Coordination Center (MTCC), Brandon, Manitoba (Canada), also attended the Academy’s Mentor Instructor Certification Course. She started as a frontline EMD in 2013 and is in her 12th year as a field paramedic. While doing both might take some juggling, she figured the back and forth shouldn’t be too hard. After all, both required the EMS skills she applied in the field. Kotak soon learned the complexities of two different worlds: visual contact and verbal contact.

“Working on my own [in the communication center] was hard,” she said. “Though both follow structure and protocol, I have to be very aware of which hat I am wearing.”

Kotak was drawn to the MTCC System Status Controller training program, which focuses on dispatching EMS resources across Manitoba and coordinating response by the allied EMS agencies. MTCC responds to emergency medical calls forwarded from the Provincial Public Safety Answering Point in Brandon.

She is comfortable in that role and, like changing hats from the field to the floor, she is attuned to the differences between training and mentoring.

“[As a mentor], I think about what helped me and how that might help the individual,” Kotak said. “It’s about listening and understanding and acknowledging concerns.”

Training and mentoring do share similarities. Both are considered formalized practices in business and educational settings, and both foster knowledge. Differences in setting determine specifics of delivery. Using paramedics and EMDs as an example, their common goal is ensuring patients in their care are given access to the right treatments, in the right settings, as quickly as possible. They just go about it differently because of their purpose in the chain of response.

The same goes for training and mentoring. They complement one another but occupy contrasting tiers in professional growth.

Training is geared toward developing a general competency in a group of individuals, such as ProQA® training before going live with the software. Training tends to be impersonal and presented in a broader context of group application. The group benefits as a whole through the trainer’s instruction and formal practice to apply the task.

Mentoring is more one-on-one. The mentor is more of a confidante, the person the new EMD can approach to discuss specific challenges, such as clarifying toggling between languages using ProQA although the topic was already covered in training. The individual benefits through the mentor’s insight and knowledge and grows in personal responsibility.

Mentoring allows the training to concentrate on performance and provides an entry for the apprentice into the center’s culture.

“There’s almost immediate buy-in,” Kotak said. “Mentoring motivates. New people feel that the agency cares about them. They matter to the organization.” 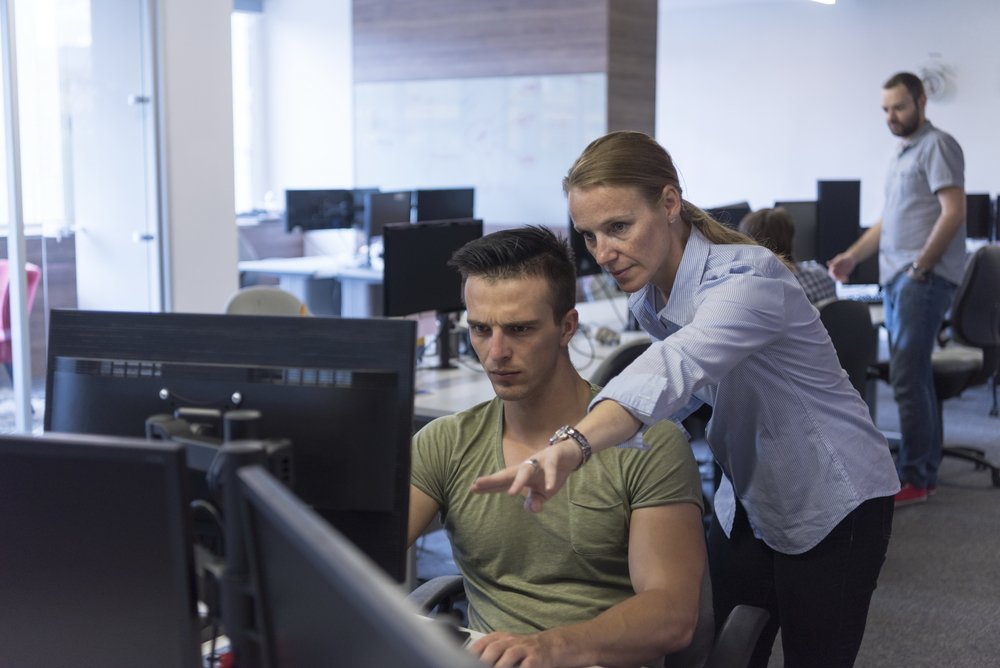 A mentor can also better recognize an individual’s potential, Todd said, and the mentor often discovers personal attributes that contribute to his or her professional growth.

“Mentoring empowers the existing EMDs and helps new EMDs,” Todd said. “It brings both the new and established EMD to a higher level of competency and confidence. It brings a greater depth of understanding.”

While many mentoring opportunities exist, the Academy wanted a formalized program in the U.S. similar to the successful IAED mentoring program in the U.K. Mentors focus on what the IAED does best—protocols and process—to make the transition to the Medical Priority Dispatch System™ (MPDS®) smoother for the new EMD.

“The course teaches the skills while it also underpins the MPDS,” Todd said.

Todd and Ross Rutschman (Priority Dispatch System™ Program Administrator—Medical and Fire) literally wrote the book about the EMD Mentoring Instructor Program. Their curriculum is grounded in the Instructor Academy Program that Larry Latimer [former IAED Director of Curriculum Design] originally created for the Academy. Similar to the successful communication center-based course in place for the past seven years in the U.K., the mentoring program pairs experienced (and exceptional) EMDs with new EMDs for a hand up in the profession.

“Since we were standardizing the software, we needed to standardize its use,” McDaniel said. “Louise (Todd) and Ross (Rutschman) built a course that’s more in-depth than a three-day certification program. There’s more of a focus on QA and feedback.”

Todd said having mentor relationships during her career helped inform the course.

“We wanted something beyond a ‘how-to’ course,” she said. “We wanted instructors that could help future mentors recognize their potential and how best they could use their experience and knowledge to support others.”

The course relies on a workbook, rather than a classic textbook (such as the Principles book provided in EMD Certification Courses), combining text, examples, and problem-solving exercises to reinforce elements vital to the protocol process. These same scenarios are crafted to benefit everyone from the certified instructor to the new hire.

For example, instead of outlining the old feedback sandwich (praise, criticism, praise), the workbook highlights the new feedback sandwich for mentoring (ask, tell, ask). Along these lines, the new hire might be practicing on a test call and inadvertently advise the caller, “Help is on the way.” The mentor would not sandwich criticism of a false assurance between praise for the tone of voice used and following Key Questions. The mentor would instead ask the emergency dispatcher to assess performance, tell what was observed (including the false assurance), and ask the emergency dispatcher why that is unacceptable and what a correct alternative would be.

There is an explanation, and the mentor has an opportunity to say, “Hey, this is something I did, and this is how I learned to fix it.”

Mentor instructors equip others with the essential tools of emergency dispatch and protocol, McDaniel said.

“Everybody gets a better shot out the gate,” he said.

Details of time, process, and approach depend on the agency.

MTCC shares the responsibility of a new EMD among several mentors to present more than one perspective, and the mentors are generally in supervisory roles.

“This is somebody who really wants to do a good job and help others to do the same,” Todd said. “They are aware of quality assurance standards and confident in what they do.”

Hands-on and two-sided is the approach used by Urgences-santé Health Communication Center (CCS), Montreal, Quebec, Canada. After an initial internal four-week training program that includes EMD certification, an internship supervisor and new EMD are paired for a total of 10 shifts.

The mentor documents performance, and the EMD keeps a logbook. The documents and logbook entries are compiled daily into reports that rate the EMD’s performance in several areas (e.g., “well done” or “not so well done”) and recommended methods for improvement. An instructor-reviewer is next assigned to the EMD, and they meet every two weeks, regardless of performance.

Todd said the importance of having a mentor—and having the tools to teach others how to be mentors—cannot be overstated. It’s a two-way street.

“Mentoring is not following a script,” Todd said. “This is staff helping staff. Mentors think about what helped them.”