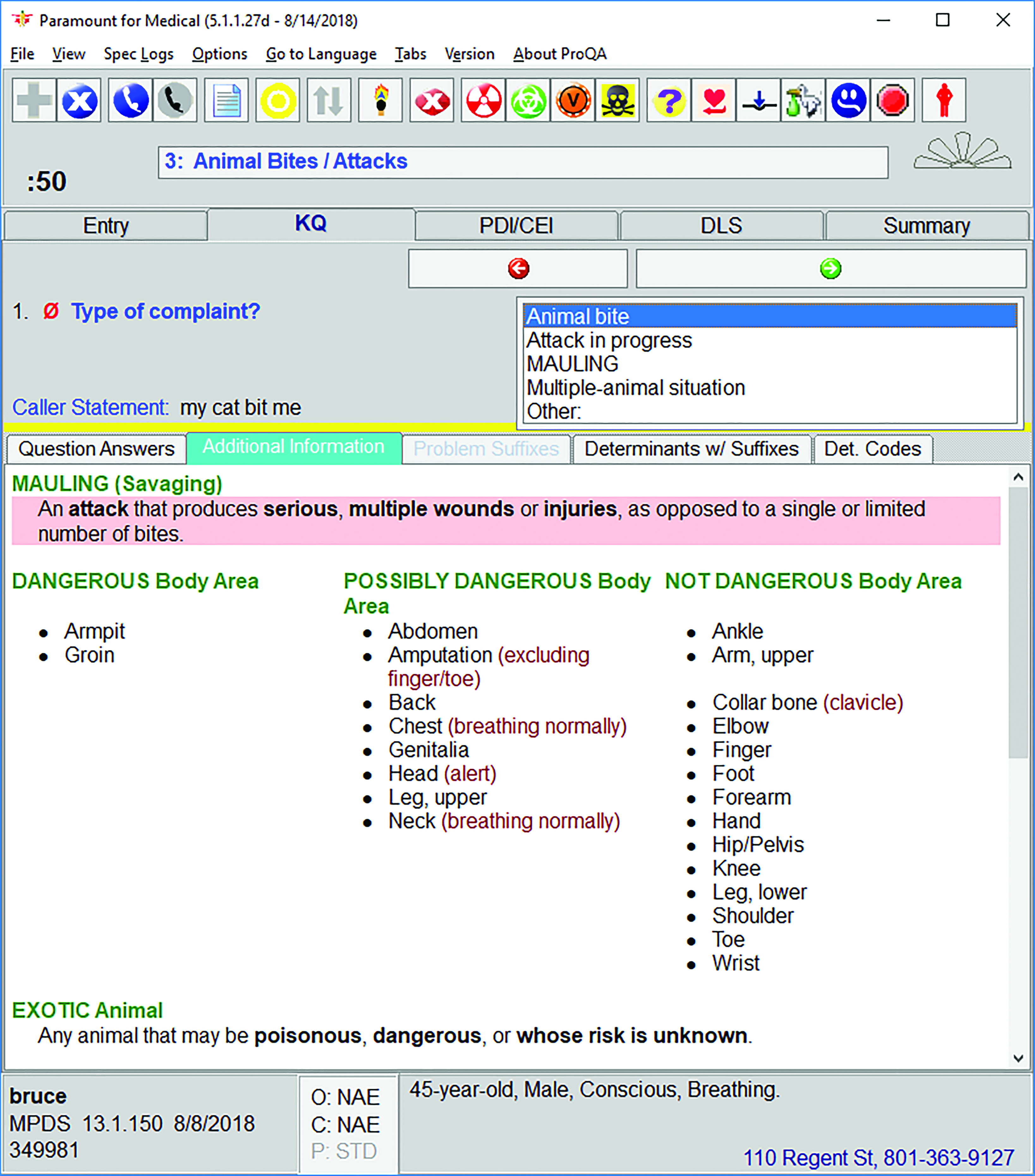 Enhanced Tools Get You There Faster 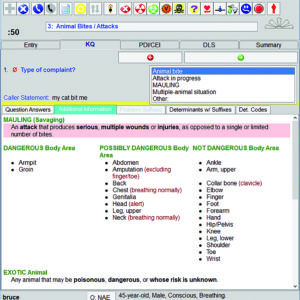 The diagnostic (previously known at the “Agonal Breathing Diagnostic Tool”), available since MPDS v11.2 in 2004, now has a name that more accurately describes exactly when the tool should be used.

“The tool was always meant to simply verify effective breathing,” said Brett Patterson, IAED™ Academics & Standards Associate and Medical Council of Standards Chair. “But, somewhere along the line, it started being applied when the caller was uncertain about the patient’s breathing status or even when the caller reported INEFFECTIVE or absent breathing.”

to the “Yes” answer option of the same question to strengthen this directive.

The EMD should not use the BVDxT when the patient is unconscious and the caller answers “No” to the Key Question, “Is s/he breathing?", when the caller reports UNCERTAIN BREATHING (uncertain, unsure, indefinite, or even ambiguous about breathing), or when the caller offers any of the keywords associated with INEFFECTIVE or AGONAL BREATHING. In any of these cases, the EMD should assume the patient has INEFFECTIVE breathing and begin CPR instructions immediately.

By Rule, also note that MPDS v13.1 now clarifies that it’s no longer necessary to use the BVDxT when it is obvious that the seizure patient is actively waking up.

The changes are incorporated into ProQA®.

It cannot be overstated that the BVDxT should be used to confirm that breathing is truly present rather than confirm already stated ineffectiveness of breathing, Patterson said.

As Dr. Jeff Clawson sums it up, “Use the BVDxT when you are unsure, not when the caller is unsure and remember. As stated by Isabel Gardett, IAED Director of Academics, Research, and Communications, ‘If they don’t say yes, you must compress!’” 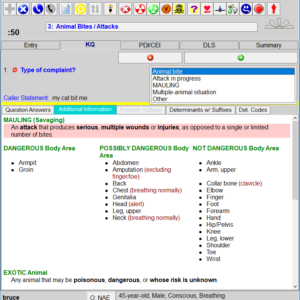 ProQA has made it faster and easier to select the DLS Link for streamlining the patient’s EMS journey beginning at dispatch.

Called “Smart DLS Links,” the new feature logically prioritizes DLS Links based on the patient’s answers to Key Questions and directs the emergency dispatcher to the most suitable instruction from the list generated. Where more than one link applies, they are also highlighted with the green cursor arrow on the one most likely needed first, but the emergency dispatcher can choose.

The links have always been available from the Post-Dispatch Instructions screen. The new platform simply ranks the DLS Instructions according to the caller’s targeting conditions (such as safety and presenting medical symptoms).

Smart Links changes nothing within the protocol evaluation and Determinant Code selection process and operates on the “facts” of each particular call, PDC™ Programmer Bruce Tenney explained.

“They’re [Smart Links] generated based on the data entered,” he said. “It makes the process more dynamic by moving the emergency dispatcher forward to the most appropriate Pre-Arrival Instruction without breaking the flow.”

For example, a caller asks for medical attention following an assault in which he was stabbed in the upper arm. He is bleeding profusely through the wound. The caller reports a suspect is still in the area, but unable to say where.

“Smart Links gets the emergency dispatcher to the right PAIs faster,” she said. “It doesn’t do the work for them but identifies the priorities from information they’ve already gathered along the way.”

A new Smart Additional Information (AI) feature simplifies the task of finding the relevant definitions while in Key Questions (KQ).

In the original process, all the Definitions, Lists, Axioms, Rules, and Laws on that specific Chief Complaint have been available through ProQA’s Additional Information tab. ProQA automatically switched to the AI tab when necessary and the emergency dispatcher scrolled through the section for help in categorizing an injury or area and to remember the way the situation is treated in comparison to others.

While the basis hasn’t changed, the ease in finding the information for determinant decision-making has. Smart AIs use the built-in logic of ProQA to automatically select, reorder, and highlight relevant Definitions (and occasionally Classifications/Information/List sections) to complement specific KQs. The highlighting/reordering is displayed the same time the KQ is, and the dispatcher can consult that to select the correct KQ answer. There’s no need to search through the entire AI tab. It’s brought right to the top of the AI section and is automatically highlighted to easily see.

We can use Protocol 3: Animal Bites/Attacks as an example. KQ 1 asks “What kind of animal is it?”, and ProQA automatically reorders and highlights the EXOTIC animal definition. Selecting an answer choice means that ProQA moves to the next KQ. The information highlighted helps more accurately determine the Determinant Code in consideration of other factors such as the patient’s condition, the animal’s size, and the number of animals involved.

Smart AIs do not highlight specific Rules/Axioms at this point, but may in the future.