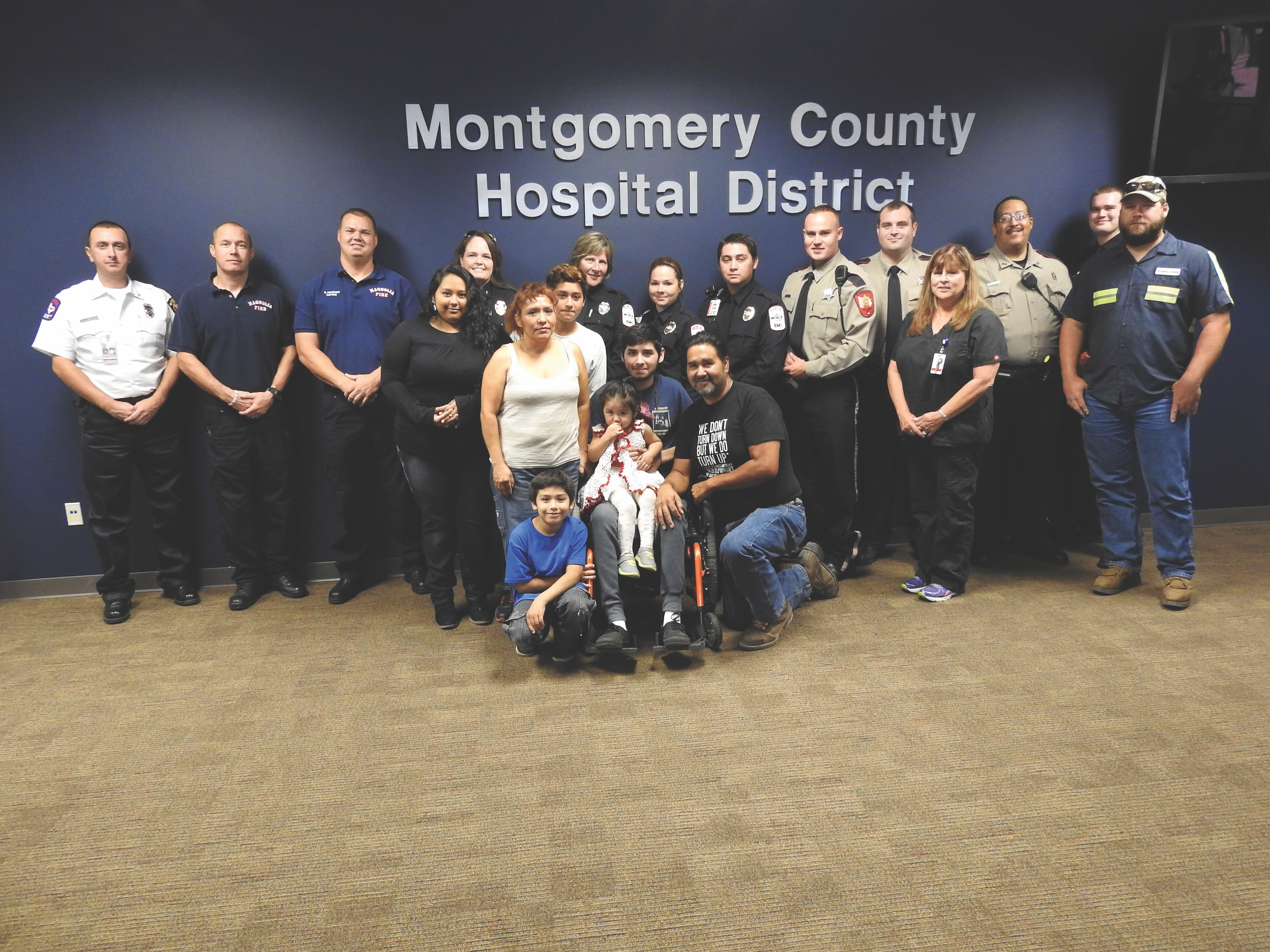 Considering that’s what happened to Jonathan Arteaga, the circle of responders helping him survive the crisis performed nothing short of a miracle in incredibly rapid succession.

The then 19-year-old Arteaga was prepping to move a mobile home, which is a routine operation for Arteaga’s Mobile Home Service, in Conroe, Texas (USA). Sometimes unexpected things happen, as they did on Feb. 24, 2016. A jack holding the house gave way. The 37,000-pound mobile home fell on top of Arteaga, pinning his knees to his chest.

Montgomery County Hospital District (MCHD) communication center EMD Danielle Williams answered the call. She had been there less than one year.

She had been there less than one year.

“I knew there would be difficult calls but nothing like this,” Williams said. “A house was on top of a human being. This was really beyond what you’d expect.”

The accident prompted the use of MPDS® Protocol 22: Inaccessible Incident/Other Entrapments (Non-Traffic). PDIs include “Do not attempt to rescue her/him,” and while this may be a given considering the situation, the Arteaga family was eager to do something, anything to help the young man trapped underneath a corner of the collapsed structure. Response was on its way.

“I had to tell them not to remove the unit,” she said. “They had to wait.” 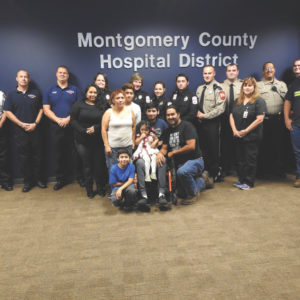 Within minutes of the 911 call, Montgomery County Sheriff Deputies Brad Crandell and Kenneth Morris arrived on scene. They contacted Magnolia Towing. Peter Baty maneuvered his wrecker to lift the home to facilitate EMS rescue. Arteaga had a pulse.

Events took yet another turn.

In a simple thoracostomy a gloved finger is inserted into an incision to relieve tension in injured lungs. MCHD pioneered the technique, and it is performed on patients with traumatic cardiac arrest with known or suspected injury to the chest and/or abdomen.

Arteaga’s lungs reinflated, and in seconds he had a pulse. He was in a coma for 10 days and was able to recognize friends and family within six weeks. Physical therapy started while he was in the hospital continues during his at-home recovery.

The people involved in saving his life met the Arteaga family in a ceremony honoring the instinctive and phenomenal EMS chain of survival. A beaming, though overwhelmed, Arteaga was there with them. He was still unable to walk, although by that time he had regained some sensation in his legs.

Arteaga cannot remember anything from that day, and the same goes for events prior to the accident.

“People there told me what happened,” he said. “My family talks about things before the accident and there’s a month that’s lost.”

Williams shook his hand and they talked briefly about how well Arteaga was recovering.

“This is something I will never forget—the call, Montgomery County Hospital bringing everyone together, and meeting Jonathan,” Williams said. “Without everyone doing their job so well, the results for Jonathan could have been much different.”

Williams plans on a career in EMS. She likes the environment, and she likes knowing that she’s in a profession helping other people. There’s also the unpredictability factor.

“Anything can happen, and we’re the ones able to help,” she said.

By March, Arteaga was walking with the aid of leg braces. He is still overwhelmed by the number of people at the ceremony concerned about his recovery.

“There were so many,” he said. “I was expecting maybe three people would show up and there were at least 40. I am very grateful for what they did to help me.”