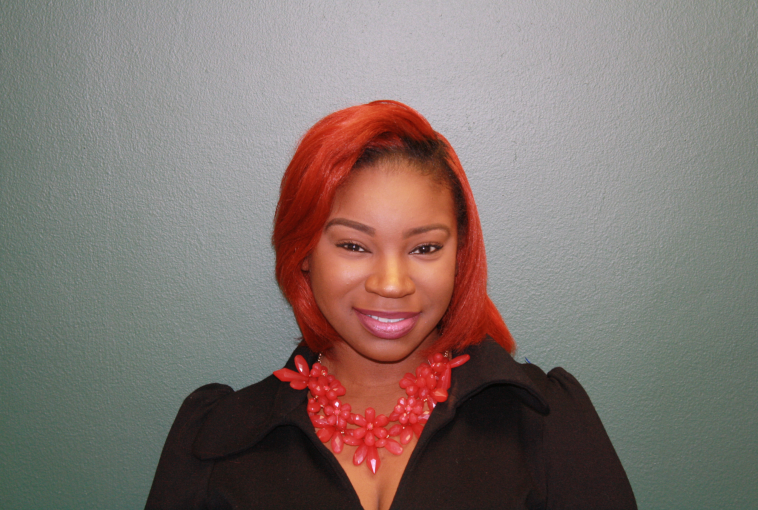 The woman’s voice in the background is frantic. “He will choke and die,” she sobs. A wheezing noise is interrupted by a series of thumps. The caller states their baby is “having trouble breathing.” The thumping grows louder.

Case Entry Key Question, “Okay, tell me exactly what happened,” cuts to the core. The baby is choking. He is gagging, struggling. Per instructions, EMD Chanelle Hickson does not ask about the thumping noise but simply tells the caller not to slap him [the baby] on the back. The caller relays the message to the person offline. The thumping ceases. The caller states the baby is heavily congested, possibly choking on mucus. Hickson does what she always does. She follows the protocol. 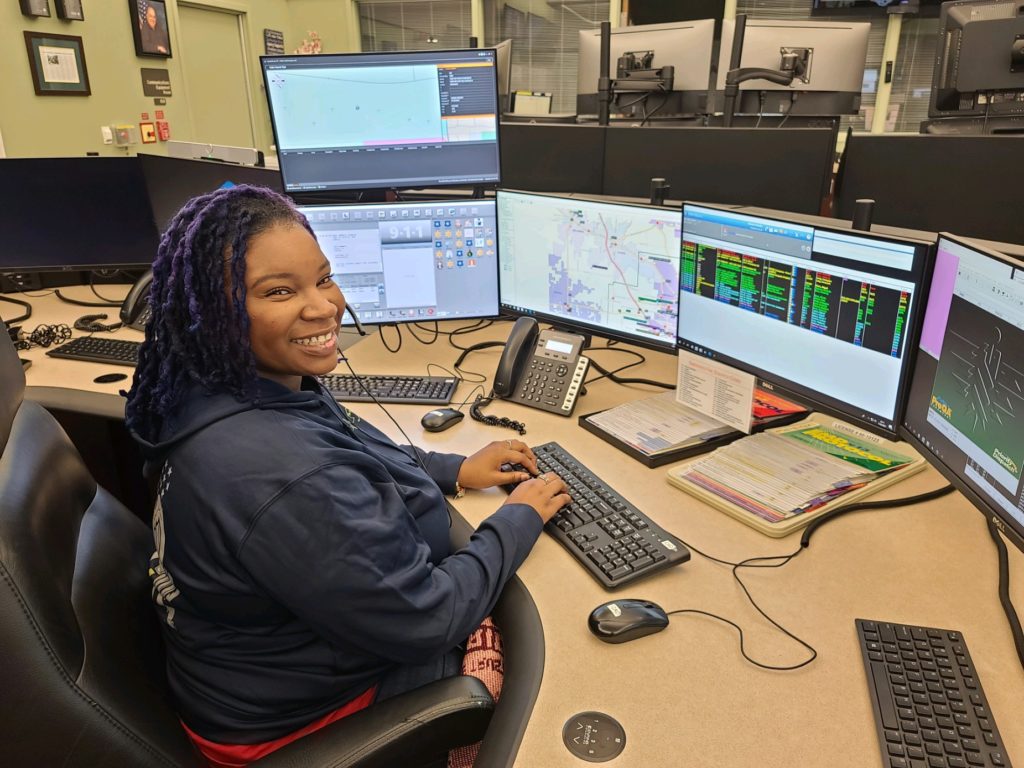 “The next thing I know the baby stops choking,” she said.

The voice in the background coos to the baby, with the sound of a shaking baby rattle adding to the welcome turn of events.

Choking. Fear. Trouble breathing. Cry of relief. Hickson has managed the emotional spectrum of callers during her two and a half years with Alachua County Combined Communications Center (CCC), Gainesville, Florida (USA). And she enjoys every minute of it, knowing she found a way to help people that works for her. You can almost say she’s a natural in the profession. She’s never scored less than a 90% on the weekly Alachua County CCC Academy exam, said Training Supervisor Tocarria Minafield.

At the same time, she always jumps in to assist others with understanding new material.

“Yes, she is a quick study,” Minafield said.

Hickson grew up in a law enforcement family. Her mother and father retired from a Florida police department. They tried convincing their daughter to follow in their footsteps. She majored in criminal justice in college but did not want to go down the policing road. Her mother suggested emergency dispatch.

“I took a shot in the dark,” Hickson said.

She guessed well—so well, in fact, that Supervisor Alexys Graham, who secures overtime, doesn’t have to ask Hickson twice about working extra hours above the three on/three off 12-hour shifts.

“I work all the overtime I can,” Hickson said. “It means I get to go in more often.”

Hickson’s parents taught her about staying calm from their experience on the streets. She does not deny the emotional impact of tough calls. Three stand out. The first was a cardiac arrest and two involved hanging (an adult in one and a child in the other). Like always, she relied on the protocol and PAIs. Script and instructions guided her through similar situations in past 911 calls. These incidents, however, stay with her.

“They felt different,” she said. “It’s hard for me to explain why. I really tried hard to help them.”

Hickson does not dwell on the negative side of emergency dispatch—the irate callers, the crisis, or the outcomes impossible for anyone to change. She realizes the anger callers express is directed at the uncertainty, not at her.

“They’re in crisis,” she said. “If I can’t get through to them, I let them know I need them to help me so that I can help them.”

She leaves every call knowing she tried her best, and if the day is particularly tough, she looks to the bright side of her own life.

“I am blessed with a lot of good,” she said. “I have family. Both my parents are here. I am in good health. I have very good puppies. I am very appreciative of what I do have.”

And, yes, that includes finding a profession that keeps her hand in helping people.

In 2020, Alachua County CCC answered 323,165 emergency and non-emergency calls from citizens. Of these calls, 263,113 resulted in a request for service with 189,028 of them specifically for law enforcement services.

CCC 911 telecommunicators are certified by the state of Florida and are Academy-certified EMDs and EFDs. They are also trained in Emergency Mental Health Dispatch (EMHD) and receive Crisis Intervention Training (CIT) to more effectively process requests for service that involve persons in mental health crises.

Cardiac arrest call is first in many ways.