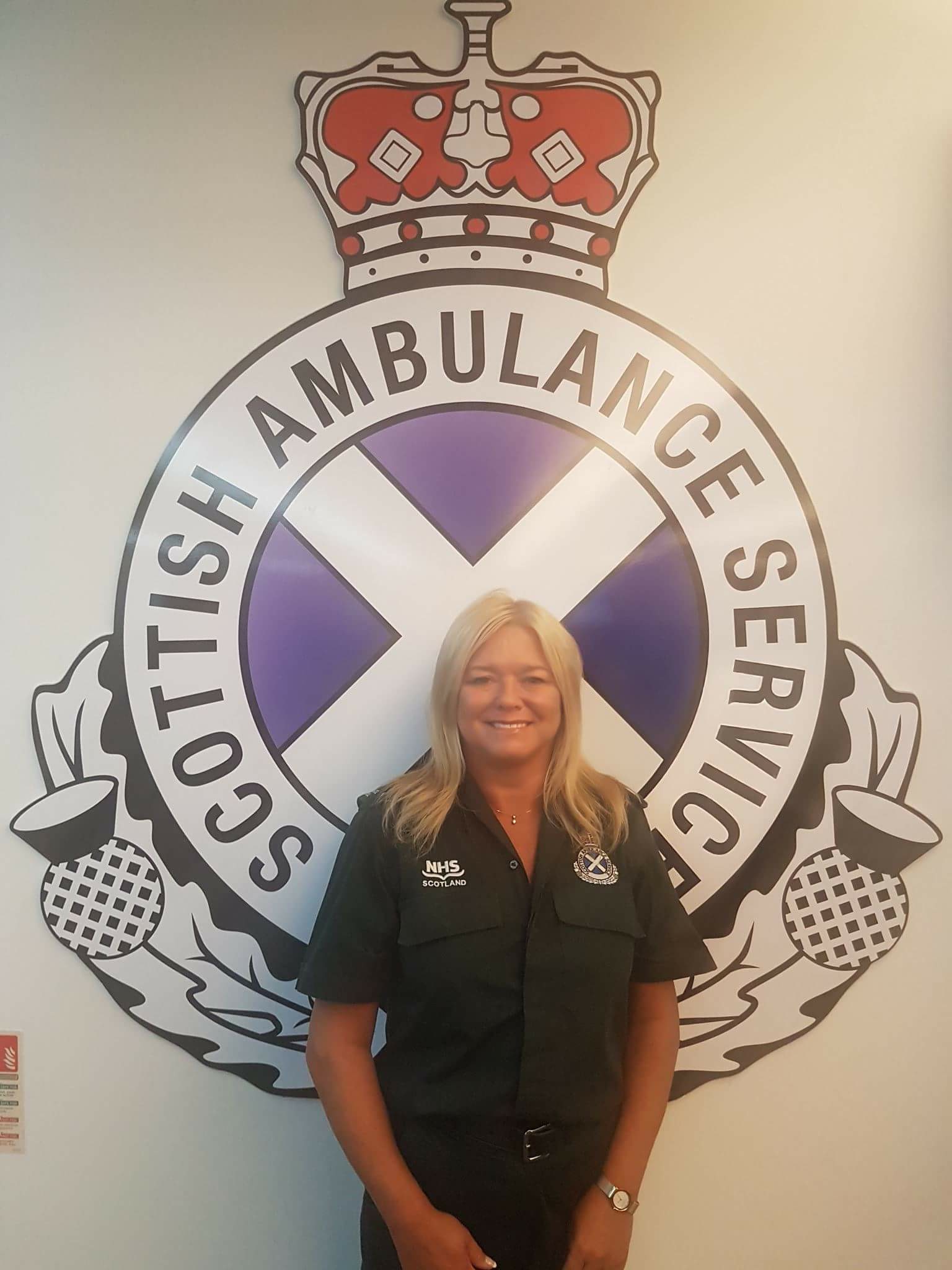 It was a perfect storm of EMD training for Audrey Michie, calltaker from the Scottish Ambulance Service (SAS) communication center.

On June 13, the center went live with ProQA® and the Medical Priority Dispatch System™ (MPDS®) version 13.0. The new version includes instructions for administering epinephrine (Protocol P) and (Protocol Q) Narcan/naloxone in both nasal and injectable forms.

Prior to implementing the new software, the SAS EMDs had also received training in naloxone administration for callers reporting a patient who is unconscious, not alert, or changing color due to a suspected drug overdose. Training complements Scotland’s National Naloxone Program (NNP), established in 2010 to reduce the number of drug-related deaths through distribution of the drug that counteracts narcotic overdose.

But is anyone really ready once the life-or-death call comes in? What if you’re the first to receive the call, meaning you have no one’s experience to guide you?

Less than 24 hours after going live with v13.0, Michie answered a call describing a female patient who was unconscious and “barely breathing,” following a reported drug overdose. The patient had already been given one dosage of naloxone, available through NNP. The single dose, however, proved ineffective, prompting the call to 999.

“I instituted the second dose, and the patient came to in seconds,” Minchie said. “From barely breathing to snorting and her color coming back and talking, she was coming back.”

Michie disconnected once an ambulance was on scene and with the patient.

On a call the day before going live with ProQA, Michie relied on the MPDS cardset [which SAS had been using since version 11.1] to provide instructions for auto-injecting epinephrine. The caller, she said, was experiencing the first stages of an allergic reaction after returning home from a run, and the medication on hand showed a past expiration date.

Michie referred to Expired Injector Kit instructions, citing studies that showed kits 5 to 7 years past their expiration date still had more than 70 percent of epinephrine, and kits 2 to 3 years past still had 90 percent left.

The caller injected the medication.

Michie started in the SAS communication center nearly three years ago after 12 years in police dispatch. She’s always been in emergency services for one simple reason.

“I love it,” she said. “We can make a difference in someone’s life.”

And as far as being the first in her center to answer a call requiring naloxone administration?

“We get calls for CPR every day,” she said. “We’re used to it. All the instructions are there for us to follow.”

During the past six years, the NNP in Scotland had distributed more than 20,000 take-home naloxone (THN) kits, and it's a program that continues today. The THN kits are provided to those deemed to be at risk of opiate overdose once they have undergone training. This training is also available to people such as their family, friends, and partners.1

The SAS sends an ambulance for a patient symptomatic of an overdose to reduce the potential of a toxic relapse and provide access to professional emergency care. Ambulance attendance at the scene also enhances distribution of THN to those who have been unable to access it through existing supply routes or those seeking re-supply of already used kits.2

The SAS operates with three Ambulance Control Centres (ACC) in Inverness, Cardonald, and South Queensferry. The three ACCs handle over 800,000 calls every year and dispatch ambulances to over 650,000 emergencies and requests from doctors to transfer patients to the hospital. Michie works out of the South Queensferry center.