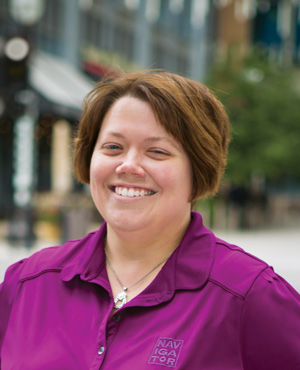 Editor’s Note: The following story was published in an earlier issue of the Journal (March/April 2008) and republished here as part of the Sept. 11, 2001 commemorative.

Micky Fyock had no idea what kind of a day he was in for during the early morning hours of Sept. 11, 2001—the day Americans banded together while reeling from a series of coordinated terrorist attacks that took the lives of nearly 3,000 people—most of them civilians. 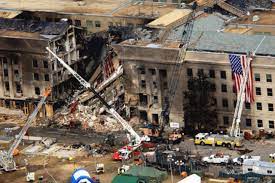 On that day, beginning at about 8:45 a.m., 19 terrorists affiliated with al-Qaeda used four hijacked commercial airliners to destroy the twin towers of the World Trade Center (WTC) in New York City and severely damage the Pentagon in Arlington, Va., near Washington, D.C. The first plane crashed into the North Tower at approximately 8:45 a.m., and about 18 minutes later the second airliner hit the South Tower. A third airliner crashed into the Pentagon around 9:40 a.m. A fourth plane, whose ultimate target was probably either the White House or the U.S. Capitol building, crashed into a field near the town of Shanksville in Somerset County, Pa.

Aside from the 19 hijackers, 2,973 people died as an immediate result of the four attacks, and at least one person died from lung disease as a result of exposure to WTC dust. Another 24 people are missing and presumed dead, bringing the total number of victims to 2,998.

Like most Americans, Fyock remembers exactly what he was doing that day when he first heard the news.

“Our center has several TVs—one is always on the Weather Channel and the other is usually on CNN,” he said. “We noticed on CNN a fire in New York in one of their towers (World Trade Center) and of course this incident, for the fire-oriented personnel in the center, caught their attention. It didn’t take long before the real reason this building was burning revealed its ugly self. Then the second tower was hit, then the Pentagon, and rumors and reports of other places being hit started pouring in.”

Even though the United States had been attacked without any warning, Fyock recalls the fast response of government officials, emergency workers, and civilians; no one, especially those closest to the scenes of destruction, sat back paralyzed into defeat.

“I can tell you this, while this great nation might have been stunned, angry, scared, and a little confused, we also swung into action,” he said.

The Federal Aviation Administration (FAA) banned all international civilian air traffic from landing on U.S. soil for three days; aircraft already in flight were either turned back or redirected to airports in Canada or Mexico. Residents’ calls about spotting aircraft poured into communications centers like the Frederick County Emergency Communications Center in Maryland where Fyock works at as an emergency communications manager.

“I cannot tell you how many calls we received in that time period, but we were overwhelmed,” Fyock said. “I am so proud of our staff (members) for standing their post. This was one of those times when most citizens sped home to protect and comfort their families, but we as dispatchers could not do this.”

That day, the relief crew arrived as usual at the end of his 12-hour shift. Shortly after leaving, Fyock, also chief of the Woodsboro Volunteer Fire Company, received a surprising call.

“I actually received a call from the 9-1-1 center that I had just left, asking me if we (the volunteer fire company) would respond to the Pentagon and assist,” he said. “I will be honest with you. At first I was kind of stunned, especially after the day I had just went through.”

The search was on for a truck that could fit inside the inner rings of the Pentagon. A firefighter who works in Alexandria and lives in Frederick County told command staff about the 1956 open roof Mack ladder truck the Woodsboro Company uses. The size of the truck and its electrically operated ladder that rises some 65 feet made the vehicle perfect for the job ahead.

Although the request surprised Fyock, he didn’t hesitate to make the trip. Fyock and four members of the company traveled the 50 or so miles to the Pentagon to lend the truck and their expertise to extinguish the fire still burning after American Airlines Flight 77 crashed into a portion of the Pentagon complex. Woodsboro was the only department called in from their immediate area.

Their help was sorely needed.

An unforgettable sight greeted them.

“We arrived at the Pentagon and saw first hand what most people only saw on TV,” Fyock said. “I can tell you this, to see first hand, to touch, and even smell the devastation and sights inside cannot be put into words.”

While the five of them were there assisting in the firefighting efforts, they experienced a sense of camaraderie. Fyock said the way people in the profession from the dispatchers to the field personnel on the scene or preparing for deployment handled the situation gave him comfort and affected the way he still remembers Sept. 11.

After his crew was released from the Pentagon, Fyock didn’t go home for some much needed rest and relaxation. Instead, he immediately reported back to his communications center to work his next shift. There was no time to unwind.

“Although I was drained, just like so many others, we reached down inside and kept ourselves going,” Fyock said. “I remember that night a thunderstorm came through with lightning and thunder. The 9-1-1 lines lit up and citizens thought they were under attack again. I had a caller advise me that he and his family were hiding in the basement and to call them when it was safe again and they could come outside.”

Fyock said Sept. 11, 2001, left a profound impact on his life and he shares the same memories most Americans continue to carry with them no matter their proximity to the tragedy on that day.

“9/11 changed America; it changed me,” he said. “We as dispatchers and we as citizens must always realize that at any moment our world can be turned upside down. But I am so proud that I chose this career. I am so proud of my brother and sister dispatchers all over the world. I truly believe we make this world safer.”

A video of Micky’s experience can be accessed at https://www.youtube.com/watch?v=KgD7PthIW5I