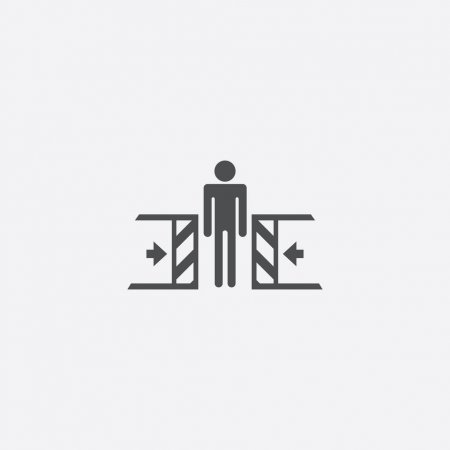 If someone asked you which Medical Priority Dispatch System™ (MPDS®) Protocol was used most often, you probably wouldn’t have to think very hard before answering Protocol 26: Sick Person (Specific Diagnosis). You’d be right, too.

The International Academies of Emergency Dispatch® (IAED™) has been collecting data from various emergency dispatch agencies—both accredited and not—since 2012. Your agency might even be one of them. As of October 2019, the total number of cases in the database is 4.28 million from 38 agencies over seven years.

That’s a lot of sick people!

If someone asked what you thought the three least used protocols were, you might take longer to answer. After all, if they’re used the least, it’s less likely they’ll be on your mind, unless they’re low frequency, high acuity emergencies. The three following protocols are all low frequency—the lowest frequency, in fact, according to the numbers—and all have the potential to be high acuity. Because they aren’t used as often as, say, Protocol 26, it’s a good idea to get familiar with them in case your next call requires you to use one of them.

Before we move on, this is a reminder that the IAED doesn’t have data from every single center that uses the MPDS. While 4.28 million calls is an impressive number, it’s only a snapshot of the volume and types of calls all of you take every day. Therefore, the following can't necessarily be used to predict future protocol outcomes and might not be exactly reflected in your own center. If you find that’s the case, send us your data! We’re always looking for ways to expand our database to make it more accurate.

The third least used protocol was Protocol 14, which was used to triage 1,874 calls (0.04% of overall cases). Perhaps this seems obvious to you, or perhaps it seems like it occurs more frequently in your center than this. Either way, even though the numbers show that the frequency is low, 53% of overall drowning-related calls were coded at a DELTA level, and the most commonly used Determinant Code was 14-D-5 “Not alert” at 53% of calls. The second most commonly used Determinant Code was 14-A-1 “Alert and breathing normally (no injuries and out of water)” at 33% of calls. Drowning-related calls were most often fielded in the afternoon, on Saturdays and Sundays, and in the months of June and July.

It will probably not surprise you to learn that, unfortunately, 30% of the patients in drowning cases were children between infancy and five years old.

So what does that mean for you and your center? Yes, it might be statistically unlikely that the next call you receive will be drowning-related, but that doesn’t mean you can’t be prepared just in case it is. Get familiar with providing CPR instructions, particularly the specific ones for infants under one year and children between one and seven years old.

Just in case you were wondering how often scuba accidents were reported, here’s the answer: Not a lot! The S suffix was used for fewer than 1% of all calls triaged using Protocol 14. The most commonly used Determinant Code was 14-D-5S "Not alert" at 0.32% of all total drowning-related calls which, after all is said and done, comes out to about six cases total over the seven-year span.

The second least used protocol was Protocol 22, which was used to triage 1,662 calls (0.04% of overall cases). This protocol is probably less familiar to you than Protocol 14, if only because the Chief Complaint description is a little less clear. What, exactly, is an inaccessible incident or other (non-traffic) entrapment? An ENTRAPMENT is defined as “a situation involving prevention of escape in which there is an increased threat of injury, illness, or death to a victim.” An example could be construction workers stuck in a collapsed trench or children who have accidentally been locked inside a car trunk.

As with Protocol 14, although Protocol 22 wasn’t used on a regular basis in the seven-year span, when calls were triaged using it, the situation was emergent. Some 54% of calls triaged using this protocol were DELTA-level calls; 45% of calls were triaged using a BRAVO-level Determinant Code. The Determinant Code used most often was 22-D-1 “Mechanical/Machinery/Object ENTRAPMENT” in 33% of all cases. The second most often used Determinant Code was 22-B-2 “PERIPHERAL ENTRAPMENT only,” barely coming in under 22-D-1 at 32% of all calls. As you probably already know, the difference between a PERIPHERAL ENTRAPMENT and a run-of-the-mill one is which body part is trapped. PERIPHERAL body parts are defined as a finger, foot, forearm, hand, lower leg, toe, or wrist. A head stuck in a banister would qualify as Mechanical/Machinery/Object ENTRAPMENT, even though it isn’t strictly speaking life threatening, because it involves a non-PERIPHERAL body part.

The time of day, week, or even year didn’t appear to markedly vary between inaccessible incident calls. It was unusual for a call triaged using Protocol 22 to come in between the hours of midnight and 7:00 a.m., but not inconceivable. And while there was a dip between inaccessible incident calls from July to November, the calls were pretty evenly spread throughout all seasons.

It should be noted that the lowest determinant level on Protocol 15 is a CHARLIE—no ALPHAs here, unlike Protocols 14 and 22. That’s because the human body uses electricity to send signals via the nervous system and any sort of disruption of it due to outside electrical forces warrants medical attention fairly quickly, even if the patient is alert and breathing normally after the encounter. Rule 1 on Protocol 15 states, “All electrocution and lightning strike patients are assumed to be in cardiac arrest until effective breathing is physically verified. Stay on the line with the caller until breathing can be safely verified.”

You might be wondering which was more prevalent: calls involving electrocution or calls involving lightning strikes? And perhaps you assumed that lightning calls were less common because lightning strikes are rare and electricity is all around us. The Academy’s database doesn’t show the causes of patterns, just the numbers and patterns themselves. The numbers show that 90% of calls triaged using Protocol 15 used the E suffix, meaning they involved electrocution.

Speaking of patterns, 62% of patients involved in an electrocution/lightning call were reported to be male, and roughly 20% of patients were aged 25–34. The gaps between male and female callers in the other two protocols mentioned were nowhere near as stark, nor were the gaps in age brackets (aside from young children being more likely to be patients in drowning-related calls). Again, the numbers don’t show us the causes, but there’s definitely a research project there if anyone is curious as to why such a large gender gap exists.

Is there an ECHO in here?

Drowning, electrocution, and inaccessible incidents are all fairly high acuity emergencies (even if they are low frequency), so why doesn't Protocol 22 have an ECHO option as well? Isn’t someone being trapped inside a sewer at least as emergent as someone being electrocuted by a power line?

Drowning, electrocution, and inaccessible incidents are all fairly high acuity emergencies (even if they are low frequency), so why doesn't Protocol 22 have an ECHO option as well? Isn’t someone being trapped inside a sewer at least as emergent as someone being electrocuted by a power line?

The purpose of an ECHO response is to get the closest responders on scene as quickly as possible, regardless of what vehicle they’re driving or the equipment they have on board. This works well in situations involving electrocution and drowning because the patient needs CPR and/or an AED and not a lot of other specialized equipment. Not so for inaccessible incidents. Often, those types of calls need specific machinery to respond to the scene; sending whoever is nearby won’t be as useful as sending the most appropriate responders in the first place.

Going back to the example of the person trapped in a sewer versus the person being electrocuted by the power line (who is not breathing), the person who was electrocuted probably needs an AED at most as far as external machinery goes. Most fire, police, or EMS vehicles would have one on board, which is why it makes sense to send the closest possible responder to the scene. There’s more to it in the sewer scenario. Not only does the responder have to take the care of the patient into account, they also have to take into account how they’re going to retrieve the patient from the sewer, as well as how to do it without exposing anyone else to possible harm.

It should also be noted that the step between an ECHO- and DELTA-level response is not a huge one. If the correct response is sent in the first place, it ends up being much quicker than sending a “fast” response that has to wait for more backup to arrive.