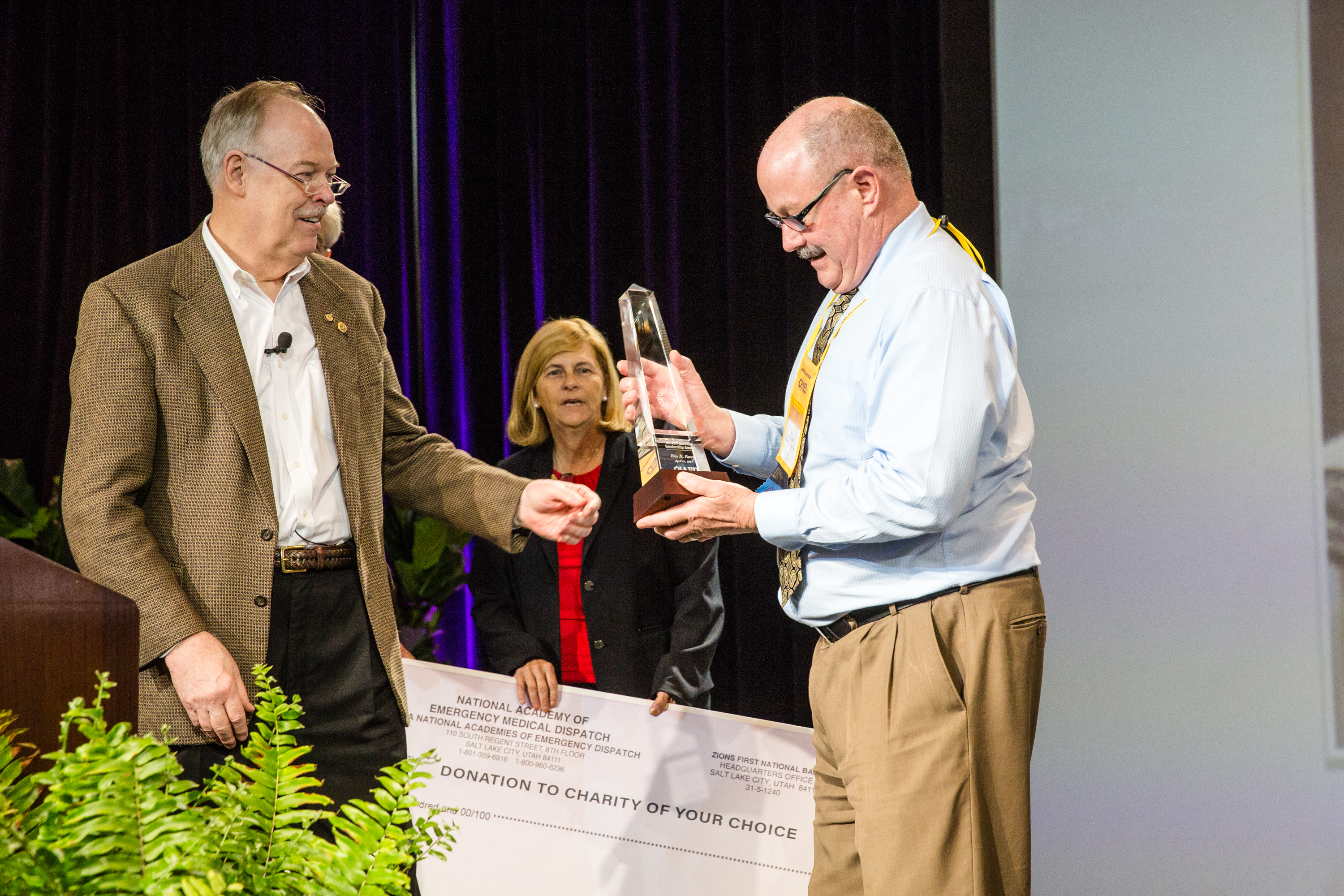 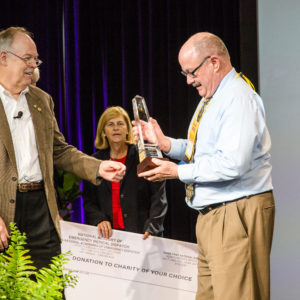 There’s something about the Dr. Jeff J. Clawson Leadership Award that leaves the recipient speechless.

At least, the reaction seems to be the norm in the years Dr. Clawson has announced his selection at NAVIGATOR’s Closing Luncheon, and this year was no different.

“I’m stunned,” said Eric Parry, Director, PSAP Implementations at Next Generation Advanced 911 Inc. (NGA911), a company based in Los Angeles, California, USA. “I truly don't know what to say. It’s such an honor. I never thought in a million years I’d get this award.”

Parry was introduced to protocol through his 24-year career with the Royal Canadian Mounted Police (RCMP) where his focus gradually shifted from police work in the field to overseeing the operations of police dispatch centers. He was a Priority Dispatch Corp.™ (PDC™) Police Consultant for nearly eight years and was instrumental in developing the Police Priority Dispatch System™ (PPDS®).

And that’s where Dr. Clawson said he made his mistake.

“I should have known him a lot earlier than I did,” he said. “His work has helped changed the course of dispatch in the world.”

Parry became one of the first Emergency Police Dispatch (EPD) instructors and comprehensive implementation specialists for the Academy and PDC. He literally wrote the book on 911 management training: Emergency Number Professional—the “must-read” textbook for National Emergency Number Association (NENA) certification course and designation. He is past Chair of the EPD Council of Standards. Dr. Clawson has often referred to him as "the Michael Jordan" of police dispatching.

“He has helped the Police Protocol to become what it is today,” Dr. Clawson said.

In many cases, being left speechless is not that unusual for the award recipient, and Parry is no exception. Parry is a familiar face and voice in an emergency services career spanning 47 years in the U.S. and Canada.

Following more than 30 years combined with the RCMP and PDC, he was far from leaving the emergency communication profession.

Parry was Program Manager for the State of Utah 911 Program and then Manager of the 911 Division, Utah Communications Authority. He is a charter employee of the nearly year-old NGA911. He is on the Denise Amber Lee Foundation board and Chair of the NENA Education Advisory Board.

Through it all, Parry said he has one person at the top of his list to thank.

“My wife [Joanne] is my cheerleader and has been for all these years,” he said.

He gave the $500 honorarium that goes with the award to the American Cancer Association in honor of Joanne’s sister who recently struggled with breast cancer. 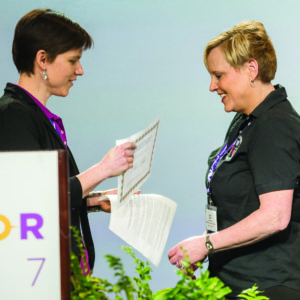 Stigler, Training and Operations Manager, Waukesha County Communications, Wisconsin, USA, focused her research on patient outcome and providing emergency dispatchers with the rest of the story.

“We seldom learn what happens to the patient after we hand over the call,” she said.

While keeping to the background is part and parcel to the profession, not knowing the outcome of a medical emergency can be downright irksome.

“If you want to know how it sometimes feels to be a dispatcher, open a book, read partway, and then slam it shut,” she said. “You never know the outcome.”

Stigler’s research is working to keep the book open. She was able to connect with the local hospital EMS coordinator and ER physician (also their medical director), in order to assist in developing changes to a specialized report that would now include time stamps for initial call to 911, dispatch of medical units, and also hands-on-chest times for dispatch-assisted bystander CPR.

These completed reports provide a short patient summary as well as X-ray images of the affected artery both pre- and post-stent placement. The hospital coordinator sends copies of the reports directly to the communication center, where they are then shared with the dispatchers who took the initial call. They are also displayed on the center’s EMD bulletin board, where they are viewed by all staff.

Stigler said Emergency Dispatchers have welcomed knowing more of the narrative, and she would like to expand the outcome program to cover other medical emergencies.

“It is amazing for our folks to have the opportunity to see how they can impact the entire chain of survival in a very tangible way,” Stigler said. “Ultimately, when dispatchers know ‘the rest of the story,’ it creates a deeper understanding of why we do what we do … and that ‘buy in’ is invaluable.”