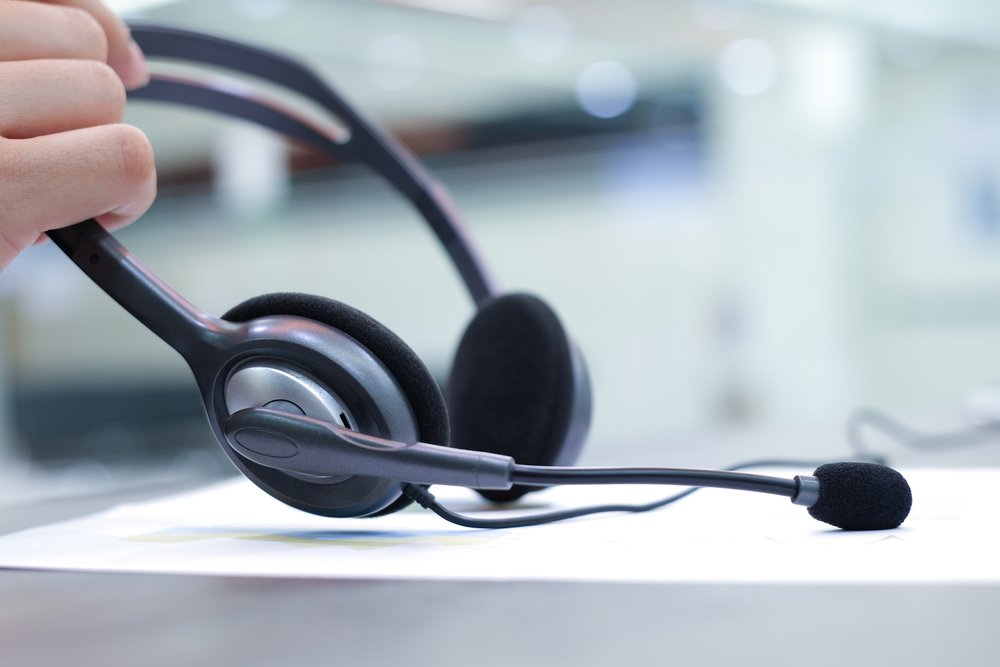 Question: Doc, I have noticed that when you review all our CDE lessons, you always change “dispatcher” to “emergency dispatcher.” We in the Academics, Research, and Communications Department (ARC) Department at the Academy were wondering specifically why? There are several stories around but nothing consistent. Any insight would be helpful. 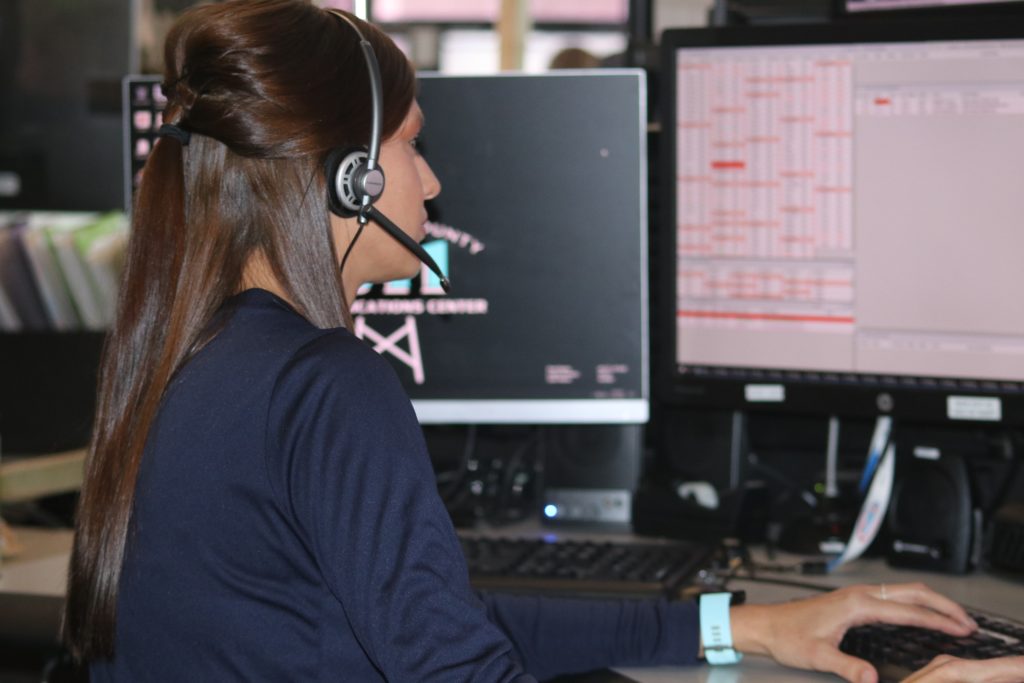 Answer: You are correct that I routinely have made this edit, but the story behind it is deeper than you might think. When I first began my medical career in 1969, I was actually an “ambulance driver” for Gold Cross Ambulance, located at our Base Station in Salt Lake City, and it was part of your job to answer the phone if you were nearest to it. We weren’t even EMTs until 1972 when that training began in Utah. You answered the phone, wrote down the name and address on a piece of scrap paper, and dispatched the closest of the two units. If you were the closest, you transferred the phone and radio link to one of the two owners who lived in the city to take over those responsibilities for the remainder of the call. I can roughly say I was a “dispatcher” of sorts then, which sounds better than a phone answerer or radio clerk.

It was just a few years later that I found myself as the new Medical Director of the Salt Lake City Fire Department. Those first few years were fraught with dispatch-related errors and decisions. As the old mantra goes, and I heard it all too often back then, “If it goes wrong at dispatch, it goes wrong all the way down the line.” The invention of the MPDS Protocols and the associated EMD training, culminating in fall of 1979, was the first attempted solution to these problems.

What followed began the strange battle of what to actually call the public servants who answer the 911 phones and control, dispatch, and track the emergency vehicles at our department’s discretion. The actual first certification of dispatchers took place after a bitter battle at the State of Utah level between the Bureau of EMS and metro fire-based paramedic agencies vs. local and state police groups that managed most of the rural volunteer fire and ambulance services outside of the Wasatch Front (urban/suburban) area in northern Utah. Eventually state rules and regulations were approved and went into effect in 1983. Thus, the first “certified EMD” label was officially coined.

Over time, as the federal government began to dabble in EMD, they failed to see the uniqueness of this professional moniker and made-up the funky term “emergency medical services dispatcher,” which doesn’t exactly flow like honey from the mouth. This one has sputtered around but mercifully never got any significant traction.

As the role of dispatching became more central to the public safety discussion in general, we suffered the gamut of several variations on the following: call taker, operator, CTO, radio dispatcher, radio operator, dispatcher, and a few others that have might have eluded me this late at night.

Once I started medical and EMS practice, in my earliest encounters with public safety dispatchers, it was apparent that they were considered to basically be clerks (and acted like them). It was said, not really as a joke, “If you could breathe and chew gum at the same time, you too could be a dispatcher.” Something about this position, which was rarely spoken about in the open, but widely believed, was that they were clerks.  Using this point as a blunt sword, I was “told” early on in the beginning development of EMD that they couldn’t remotely prioritize medical events, couldn’t give telephone instructions (“doctors don’t even dare to do that”), and that either of these things, if allowed at dispatch, would actually kill people.  It was painfully obvious that this shallow belief in such a low performance status was truly believed by many. Sounds very much like being valued at about the level of a “clerk.” It became apparent to me, that if you train people like clerks, tool them like clerks, and pay them like clerks, you get the performance of … strangely enough … clerks! This we felt, as early pioneers in this field, had to change—including the lack of training, certification, licensing, college educating, and the provision of the computerized tools and programs that could truly enhance their performance. Over time, this has literally changed the basic social nature of the person sitting in the chair handling daily the very lives that are on the line.

We know today that the required training for a “dispatcher” is a basic telecommunications course (usually about 40 required hours) followed by “post-graduate” specialty training in one or more of the following public safety disciplines: Medical, Fire, and Police. You can think of these as the much shorter version of the 3 to 4 years of “residency training” a new medical student receives before being let loose on the world without close supervision. And, as you can now see, each of these discipline’s training has remained at around 24 hours since the first training course that I taught at Station 5 in September 1979. This current timeframe of this 3-day training has had 10 feet of hardened cement poured around it now for decades—and anyone trying to significantly change it will have a myriad of public safety chiefs and administrators lighting torches and marching on city hall to complain about increasing overtime costs and “unnecessary” training for dispatchers while mumbling “unfunded mandate” like a persistent cough.

Anyone knows that 3 days does not a medical professional make—and you can substitute the words fire and police here for the same effect. It is honestly a 3-day, high-powered orientation succinctly taught that enables the new student, often without any previous public safety experience, to be able to initially understand and use the protocol tools they will be provided on day one. What it is, or should be, is the beginning education of a career-long process of ongoing self-education, just as physicians, nurses, lawyers, airline pilots, etc., do to keep up with the never-ending changes in science, technology, computer programs, and specific, new procedures required to be consistently sharp—and always right on target!

I was teaching an EMD course in the mid-80s, when, after touting the training that these EMD students were now getting, a brash guy stood up, motioning for me to hand him the chalk, and walked up to the blackboard (now that’s dating us). He then drew on the board in a descending order: Doctor, Nurse, Paramedic, EMT, Advanced First-Aider, and CPR citizen. In a big sweeping motion, he then wrote the word “dispatcher” last next to it while saying, “We are sub-basic life support life forms.” The crowd both laughed and gasped—and all eyes turned to me. I simply said, “Tom, you’ve got it completely wrong.” And taking the chalk back, I wrote horizontally: EMD, Citizen, First Aider/Responder, EMT, Paramedic, Nurse, Doctor, and Hospital Team. Point being, we are all caretakers of the same patients, victims, families together—some just provide this evaluation and care sooner than others, and emergency dispatchers do it first as the First, First Responders. This is the basic conveyor belt of care, and as little as one untrained, reinventing the wheel and making it up, dispatch “caretaker” can kill you just as dead as a paramedic—they just do it earlier and out of sight.

So, back to the beginning of this whole story. Why do I always edit “dispatcher” to be “emergency dispatcher” (at least when not discipline specific)? The answer is to more formally treat all of us as the professionals that we are—or should aspire to be. I think of using the term “dispatcher,” when directed at the actual person, especially when used in print and official discussions, as the equivalent of calling a paramedic an “ambulance driver.” Those days are long past and even politically incorrect if we can safely say that today. Being a “dispatcher” can just as easily refer to taxicab folks, delivery truck central radio operators, or anyone who sends something to a destination.

If you want to truly be an evolving professional—you can certainly prove it. Not to me, the Academy, your boss, the mayor, or the state —just to yourself. That commitment is to learn on your own, on a regular basis, and vow to stay up to date with the changes moving within your profession. This is not just a 9-to-5 job as they say (even though most emergency dispatchers rarely get that kind of merciful scheduling as you well know). But things can change in the future. It’s only been within the past year that the federal government finally moved to up your recognized classification to first responder-level – that’s 40 years since the initial major change in specialty-specific training and equipping of the early “dispatchers.”

In my way of thinking, “dispatcher” may be an appropriate name for non-certified calltakers. But that’s about it. However, the required training and testing to become certified, followed by continuing education, recertification, and personal dedication to ongoing training and an evolving understanding of the broad spectrum of things you must know and continue to improve on, is more becoming of the earned, professional title of Emergency Dispatcher.

Like I simply said at first, believe me, you’re not just a “dispatcher.”

Onward through the fog …