In 2018, Jamie Foster, a trainer for the South Western Ambulance Service NHS Foundation Trust (SWASFT) in the U.K., polled the 400 EMDs in his center about their concerns about taking calls from LGBTQ—especially transgender—callers. Their number-one concern was that they were worried about causing offense.1

They aren’t alone. Five years later, the International Academies of Emergency Dispatch® (IAED™) is still receiving questions from EMDs, trainers, and supervisors about the best way to help this portion of the population without upsetting the patient or their family and friends.

“The Academy reached out to three transgender advocacy groups in an attempt to address this question, and we received one detailed reply,” wrote Brett Patterson, the IAED’s Academics, Research, and Standards Associate and Chair of the Medical Council of Standards. “Unfortunately, this is a complicated issue due to the various surgical/hormonal stages an individual may be in at the time of an emergency call. So the long and short of it is that we decided not to ‘protocolize’ the issue due to the potential variance.”2

A Stonewall survey taken in the U.K. in 2018 showed that two-in-five transgender people and one-in-three nonbinary people reported having avoided medical treatment for fear of being discriminated against.3 How can you—as an important link in the Chain of Survival—make sure transgender and nonbinary callers are getting the best care possible while also getting the most relevant information for triaging?

Foster likes to say that “there’s no such thing as a transgender broken arm.” In other words, the patient’s sex assigned at birth won’t have much—if any—bearing on getting them help for most medical calls, especially traumatic ones. There are, however, five primary Medical Priority Dispatch System™ (MPDS®) protocols that are impacted by the patient’s gender assigned at birth. They are Protocol 1: Abdominal Pain/Problems, Protocol 12: Convulsions/Seizures, Protocol 21: Hemorrhage (Bleeding)/Lacerations, Protocol 24: Pregnancy/Childbirth/ Miscarriage, and Protocol 31: Unconscious/ Fainting (Near). Protocol C: Airway/ Arrest/Choking (Unconscious) may also be affected. 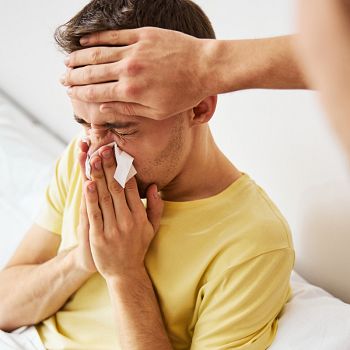 What does it mean to be transgender? It’s an umbrella term for people whose gender identity is different from the sex assigned to them at birth. They can be trans men (men who were assigned female at birth or “AFAB”) or trans women (women who were assigned male at birth or “AMAB”). They can also be nonbinary (or agender, genderfluid, or genderqueer)— they aren’t male or female but were assigned to either sex at birth. Not all nonbinary people think of themselves as trans, but for the purposes of this training, they will fall in this category.

If you need to clarify a patient’s assigned sex at birth because it’s relevant to their Chief Complaint, you can ask “What gender were you/they assigned at birth?” It’s important NOT to ask “What’s your real gender?” because that is disrespectful of their identity and personhood. If they ask why you need to know, tell them that it’s so you can give them a correct medical assessment.

Once you’ve input “female” or “male” as the patient’s assigned gender at birth into ProQA®, the program’s logic will automatically update the pronouns for you—“she/her” for assigned female at birth and “he/his” for assigned male at birth. At this stage, if the caller or patient has told you that they have different pronouns, you will need to make those substitutions yourself. Pronouns are usually he/him, she/her, or they/them. Some people might use a mix, like he/ they, she/they, or he/she/they. If that’s confusing, ask the patient which pronouns they would like you to use for the duration of the call and ask in a very caring voice.

If a patient’s pronouns are he/him, it is appropriate to call him “sir,” and if a patient’s pronouns are she/her, it is appropriate to call her “ma’am.” But is there a gender-neutral way to respectfully address someone who is nonbinary? In English, many trans and nonbinary people have adopted “Mx.” (pronounced “mix”), but because not every person’s identity is the same, the easiest way to make sure you’re giving them due respect is to ask how they’d like to be referred to. If all else fails, use their name instead of “sir” or “ma’am” to give it a personal touch.

If you misgender someone, don’t make a big scene about it. Apologize, correct your mistake, and keep moving.

One of the main reasons a patient’s assigned sex at birth is important is the potential for pregnancy. Trans men and nonbinary people can be pregnant and with that possibility comes the risk of pregnancy-related medical problems. For AFAB patients between the ages of 12 and 50, you will ask if they are pregnant in the following circumstances:

If the patient knows that they are pregnant and call for pregnancy, childbirth, or miscarriage instructions, go through the protocol the same as you would with a cisgender woman, making sure to use the right pronouns. (A cisgender person is someone whose gender identity does not differ from their sex assigned at birth.)

Before administering Protocol C: Airway/Arrest/ Choking (Unconscious) Instructions to an AFAB patient who is in the 3rd trimester of pregnancy, they should be placed on their left side with a pillow or similar object wedged behind their lower back.

Another situation when it’s relevant to know the patient’s sex assigned at birth is if the patient is complaining of pain above the navel. This is considered to be a heart attack for AFAB patients 45 or older, but 35 or older for AMAB patients, and could potentially elevate the response level from ALPHA to CHARLIE.

It’s okay to have questions about this subject! It’s natural to be curious about things you don’t understand. However, a health care situation isn’t the right time or place to ask, especially in emergency dispatch when the caller could be frightened or vulnerable. Do research and ask questions on your own time. The protocols don’t have room for freelance or leading or investigatory questions, and they are especially inappropriate when helping a trans or nonbinary patient.

The Stonewall survey also reported that one-in-eight LGBTQ people have experienced unequal treatment from healthcare staff. Half of trans patients and a third of nonbinary patients have experienced inappropriate curiosity from healthcare staff (asking questions like “Which bathroom do you use?” or “What’s your ‘real’ name?”).4 These types of questions obviously don’t help you give them better care—they’re purely for your own information or curiosity, and that’s invasive and basically unnecessary in dispatch.

There’s a lot to learn and digest when it comes to transgender patients calling to get emergency medical help. If you remember nothing else, just be upfront and simply ask if there’s any ambiguity, then honor whatever information the caller gives you. Use their name and pronouns. Give them the same respect you give other callers and leave a good impression, so that the next time they need to call for help, they’ll be more comfortable doing so. And hopefully, they’ll talk with other members of their community to let them know that it’s safe to call you. That’s what emergency dispatching is all about!