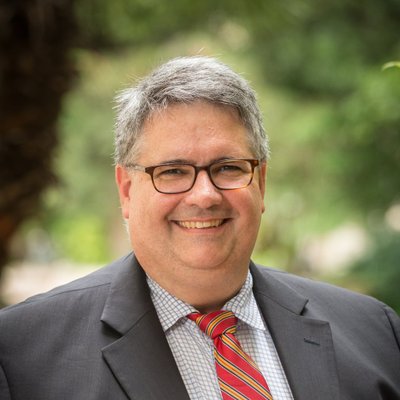 Calm in the Chaos

When people think of 9/11, our minds immediately go to New York, the Pentagon, or a field in Pennsylvania. We remember the images of police officers, firefighters, and so many others heading into harm’s way. I will share my story of 9/11: it didn’t take place in New York, Washington, D.C., or Pennsylvania. Like so many others across the United States that day, my account is one of chaos and shock, but more importantly, it is a story of leadership and teamwork.

In 2001, I was the Emergency Communications Manager at Indianapolis International Airport (IND), where I had been for just over a year. I was seven years into my public safety career. That morning, I arrived at the center located at the Indianapolis Airport Fire Department. 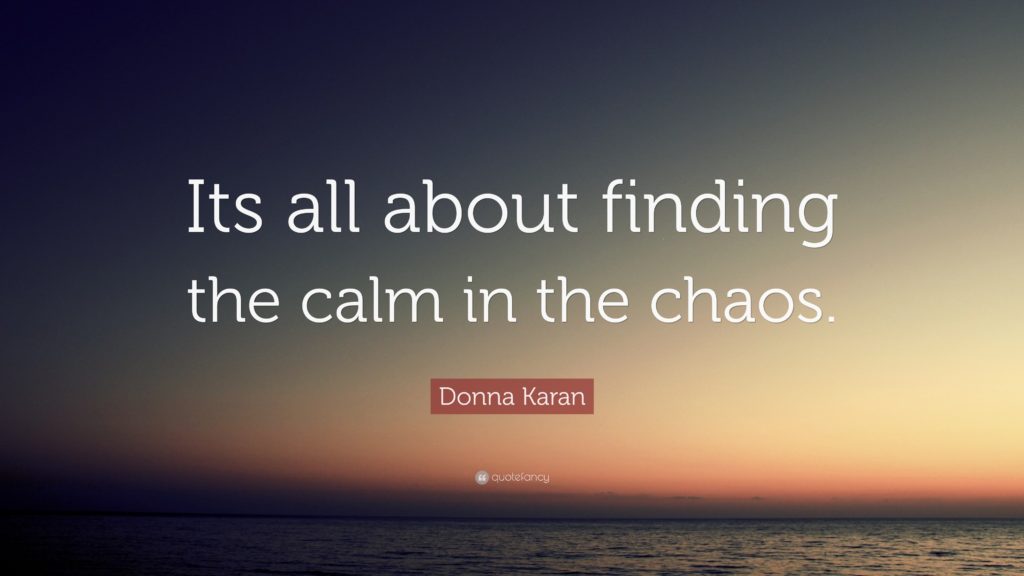 September 11, 2001, was a day of interest to me because, as a 911 professional, I was excited to hear the results of the 911 Report Card to the Nation. The study looked at various aspects of 911, including technology and training and provided an overall grade for 911 in the United States. That morning, the results would be presented in a press briefing at the Hart Senate Building on Capitol Hill. I knew people in attendance and was excited to hear how Congress and the media received the results. Unfortunately, the day’s events overshadowed the report. My friends were unharmed, but it added concern throughout the day.

In addition, it was a C shift for the fire department, which had some of the best cooks in the department. One of those cooks was Forest Lawn, or “Frosty,” as we called him. Frosty was going to be making his famous biscuits and gravy for breakfast! Because his B’s & G’s were not only celebrated, they were delicious, which meant that the Fire Chief was there and the Director of Public Safety. After breakfast, around 9 a.m., Director Steve Vogt was in my office; Chief Rick Gentry had just stepped out to take a call when a firefighter shouted from the kitchen that a plane had hit the World Trade Center in New York City. I turned on the television in the center, Director Vogt stood next to me, and we watched the reports from New York, and at 9:03 a.m., we watched as United Flight 175 flew into the South Tower. We turned to each other and said in unison, “We are under a terrorist attack.”

We stood there shocked at what we were seeing, yet at the same time, we were swamped making notifications, directing actions, and preparing the best way we knew how.

There was a tsunami of random reports; it was tough to grasp what was truly going on. We watched with the rest of the world as people begged for help from the towers’ upper floors. And we watched in horror as some chose to jump from the building to escape the overwhelming heat and smoke from the fires inside. Then we turned back to complete another task, or direct actions, to avoid the pain and guilt. Each one of us had been training our entire careers to go in and help, and that day, we could not do anything to help those in need, especially those so far away.

Around 9:37 a.m., reports starting coming in that there was smoke coming from the U.S. State Department in Washington, D.C. It was a gut punch. They had hit the nation’s capital. In reality, it was the smoke of American Flight 77 that had crashed into the Pentagon. The command staff of the airport’s public safety team was now standing in my office; as much as we knew, we knew absolutely nothing except that our lives would never be the same.

The entire morning was surreal; it seemed like some sort of dream sequence from a Hollywood movie. Everyone was rushing around, doing what they could, yet there was Calm in all of the chaos. Around 9:48 a.m., I received a call from the air traffic control tower that stood just 100 yards from the firehouse informing me that the FAA had shut down U.S. airspace. They advised us to prepare for an unknown number of flights to land at the airport.

Just before 10 a.m., we watched the South Tower collapse and the wall of smoke, concrete, and other debris consume lower Manhattan.

And over the next hour, we saw over 40 aircraft land at the airport, including airlines and aircraft types that we didn’t usually see at IND. Passengers were stuck on many of those flights for hours as we worked to determine how long the airspace would be shut down. We didn’t know what to do with these passengers since IND was not their final destination.

Around 10:30 a.m., we got the call from FEMA that Indiana Taskforce 1, our FEMA Urban Search & Rescue Team, was being deployed to New York City. The taskforce was based at the airport, several of our firefighters were members, and some of our airport maintenance staff were heavy machinery operators for the team. In one way, finally, I felt like we were doing something; we were sending people to help in a way that was going to be meaningful. In another, I was frightened. I was sending my friends to what could only be described as a war zone. It weighed heavily on me throughout their deployment.

I took my first break around 3 p.m. that afternoon. I bummed a cigarette from a firefighter as I stepped outside. I sat on the front of our Mass Casualty trailer parked outside my office, waiting to be deployed. I remember looking up at the sky, the severe clear, the bluest sky I could remember—with nothing flying over, the quiet, an eerie Calm in the chaos. I smoked the cigarette—by the way, I didn’t smoke. I still don’t. I am not sure why I asked for it or why I wanted it. But that day, it was what I needed. I called my mom; she asked if I was okay. I wanted to hear her voice and wanted to check on her. I told her I was not sure when I would see her again. I knew that I would be working a lot in the days to come. We closed by sharing our love, and in her motherly way, she told me to “take care of myself.” I went back to the office for a few minutes, then took a break to run home; I packed a bag and went back to the office, where I stayed for the next 10 days.

That day, and in the days and weeks following, I experienced the best of humanity. It is hard to express the pride I have in being a part of the TEAM at that moment. The leadership displayed that day and in the subsequent months was some of the best I had ever seen. Effective leadership was defined for me during that time by our leadership team. They communicated our new mission and goals, and they supported our staff’s needs by giving us the tools to do our jobs effectively. They pushed us to do more than we thought we could; they focused our commitment on the tasks at hand. All of us were also being tested in ways that we had never been tested before. We had to make decisions often without all the pertinent information, and I saw how you focus on finding the right people with the correct skills for the tasks in those critical incidents. One thing became crystal clear to me, as a leader, was that you have to have that team assembled, with diverse skills sets, well before you need them. They supported our physical and mental needs as much as they could at a time when that was not the focus or the norm it is today.

After that fateful day, our dedication to meeting the new mission grew as we grew. We added dozens of police officers, as well as additional 911 dispatchers and firefighters, and we stood up an entire public safety officer division to assist in securing the airport in the span of a few months.

During that time, we trained harder, genuinely embodying the ethos of making every day a training day. We worked harder to test our systems and our plans. We managed massive construction projects, like replacing the entire perimeter fence around the facility, adding dozens of cameras, and improving technology to meet the needs and ensure the mission.

I am honored to have been there, to play a tiny role in the massive response to that day. A role also played by so many people all across the country. I am proud to know that my work 20 years ago still helps meet that mission today.

I continue to marvel at the people I have had the opportunity to meet in the past 20 years, who did amazing and heroic things that day. From dispatchers who took the calls for help from those trapped to firefighters who were in the towers and lost friends and colleagues. A few years ago, I met a man who has become one of my closest friends. He was at the Pentagon when the plane hit and was right behind Defense Secretary Rumsfeld helping carry the wounded to waiting ambulances.

I am also inspired by those whom I never met because they were lost that day. For nearly 20 years, I have worn a memorial band of N.Y. Port Authority Police Department Captain Kathy Mazza. I have been inspired by her story of tenacity and grit in her career and her actions that day. The former cardiothoracic nurse joined the PAPD in 1987. As an officer, she oversaw the agency’s certified first aid, Emergency Medical Technician, and first responder training and initiated a program placing portable heart defibrillators in airports and training 600 officers to use them. When she responded to the attacks on the World Trade Center on September 11, 2001, Mazza was one of the highest-ranking women in the PAPD: the first female commander of the Port Authority’s police academy and one of only two female captains in the entire department. In the lobby of the North Tower, Mazza helped people evacuate the building, purportedly using her gun to shoot out a large plate-glass window so that more people could escape to safety. She and several colleagues were carrying a woman in an evacuation chair out of the building when the North Tower collapsed. Mazza was one of 37 PAPD officers killed as a result of the 9/11 attacks, and the first female PAPD officer killed in the line of duty.1

Each of them, and the people I had the privilege of working with that day, inspire me to be an example of Leadership and Dedication to continue to the mission to improve public safety across the United States and around the world.