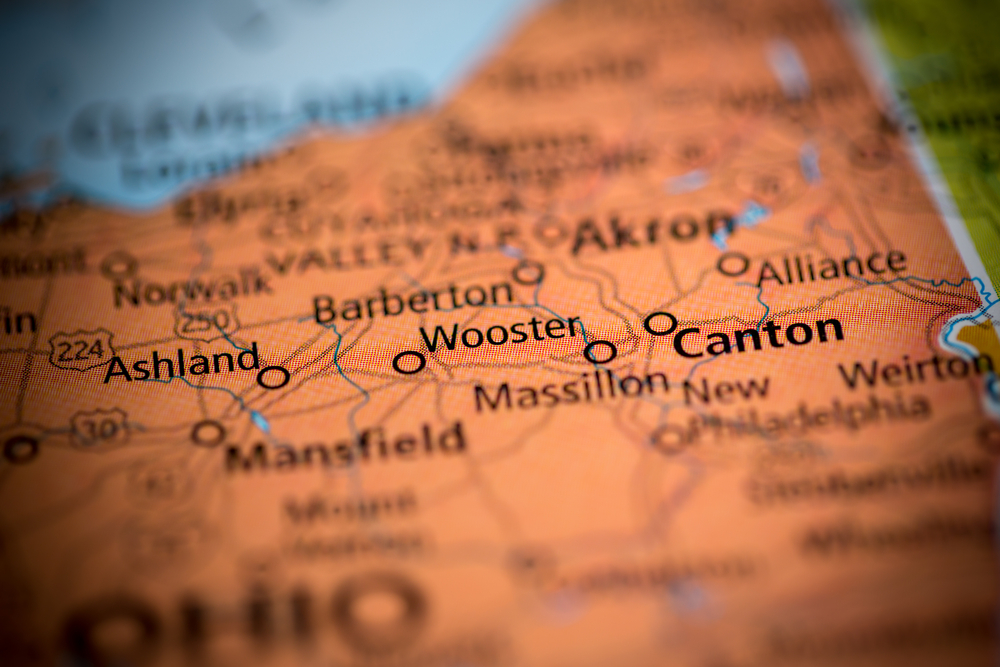 Close to 7 a.m. on Sept. 13, a call from a clearly distressed woman is answered at Wooster-Ashland Regional Council of Governments (WARCOG), Ohio; the caller’s voice is barely audible.

“I need help,” the woman says.

She’s in an abandoned house in Ashland, Ohio. She doesn’t know the address but she remembers the 4th Street Coin Laundry, two doors down.

The caller is scared. She’s been abducted. She does not know the phone number. She’s calling from the suspect’s cellphone.

Miller goes to the PPDS’ Caller in Danger Protocol.

The woman is in the bedroom with the suspect in an abandoned yellow house. She knows his name, Shawn Grate.

Miller: “Does he have a weapon?”

The caller is afraid to move. She does not want to wake Grate, who sleeps beside her in the bed. She has “kind of freed” herself from the binding he used to hold her captive, and while he slept, she called 911. She doesn’t know how to get out of the bedroom without further jeopardizing her safety.

Miller: “Is there a bathroom in the house?”

Caller: “His bedroom is closed, and he made it [the door] so it would make a noise.”

In answer to Description Essentials, the caller describes a white male, along with his weight, his height, and the color of his hair.

Approximately four minutes into the call, the woman fears she has awoken the suspect.

Caller: “How much longer?”

The woman is terrified, afraid to move, and, yet, polite.

Miller is on the radio with police, transmitting the home’s layout and the house’s location in proximity to the laundromat, where inside the house the woman is trapped. Miller’s voice is calm and direct, and she clearly acknowledges the caller’s terror.

Miller encourages the woman to move, if she can safely do so. Shuffling noises indicate she has worked up the courage to try to leave. She says she is near a window, but the curtains are drawn, and the door to the house is barricaded. She can’t open it without making noise.

Eighteen minutes after making the call, police use force against the door.

“Come out, come out,” an officer commands. “Hurry up, hurry up. Get out of here. Where is he?”

The caller is out of the house. Police enter the bedroom.

Miller disconnects the call that has lasted almost 20 minutes.

Ashland Police arrested 40-year-old Grate at the scene. The bodies of two other women Grate reportedly murdered were found at the same house. Pump House Ministries owns the property and routinely checks the padlocks restricting entrance. Somehow, Grate, who is reportedly homeless, eluded their attention.

On Sept. 22, Grate was indicted in Ashland County on 23 felony charges, including aggravated murder in the deaths of Elizabeth Griffith, of Ashland, and Stacey Stanley, of Greenwich, whose bodies were found Sept. 13 in a house on Covert Court in Ashland.1

The call from his next potential victim and Miller’s skill at assisting the woman and guiding police to the scene stopped Grate’s from adding more victims to his itinerary.

“It was a great rescue,” said WARCOG Director Michael Banks, who’s an EMT and has been in emergency communications for 17 years. “If the caller’s safety had been jeopardized at any time during the call, this could have taken a whole different direction. [Miller] knew the priorities. She knew the caller was in trouble, that she was in a really tough sport. [Miller] was calm. She kept her safe.”

Miller did not hesitate when talking to the caller. She did not question the validity of the call. Her voice does not betray the alarm she might be feeling or the urgency of the situation. She does not offer false promises. She doesn’t tell the caller “You’ll be fine” or “Don’t worry, we will save you.” Miller hangs on to the caller, talking to police, keeping the caller informed about the progress of response, and all the while trying to get her to safety.

Banks noted the positive effect the call and Miller’s composure could have on the emergency dispatch profession.

“Sara had no idea that it would turn into this whole thing,” he said. “She broke open the case. She showed that it is possible to make a difference.”

This was Miller’s fourth month as a certified EPD at the consolidated center that opened July 2016. Prior to that, she had about 10 years of experience at one of the centers now part of the larger system.

Ashland is a rural city about 60 miles southwest of Cleveland. WARCOG has 133 full-time personnel, including Banks. They were trained and certified as EPDs prior to the center’s opening earlier this year.