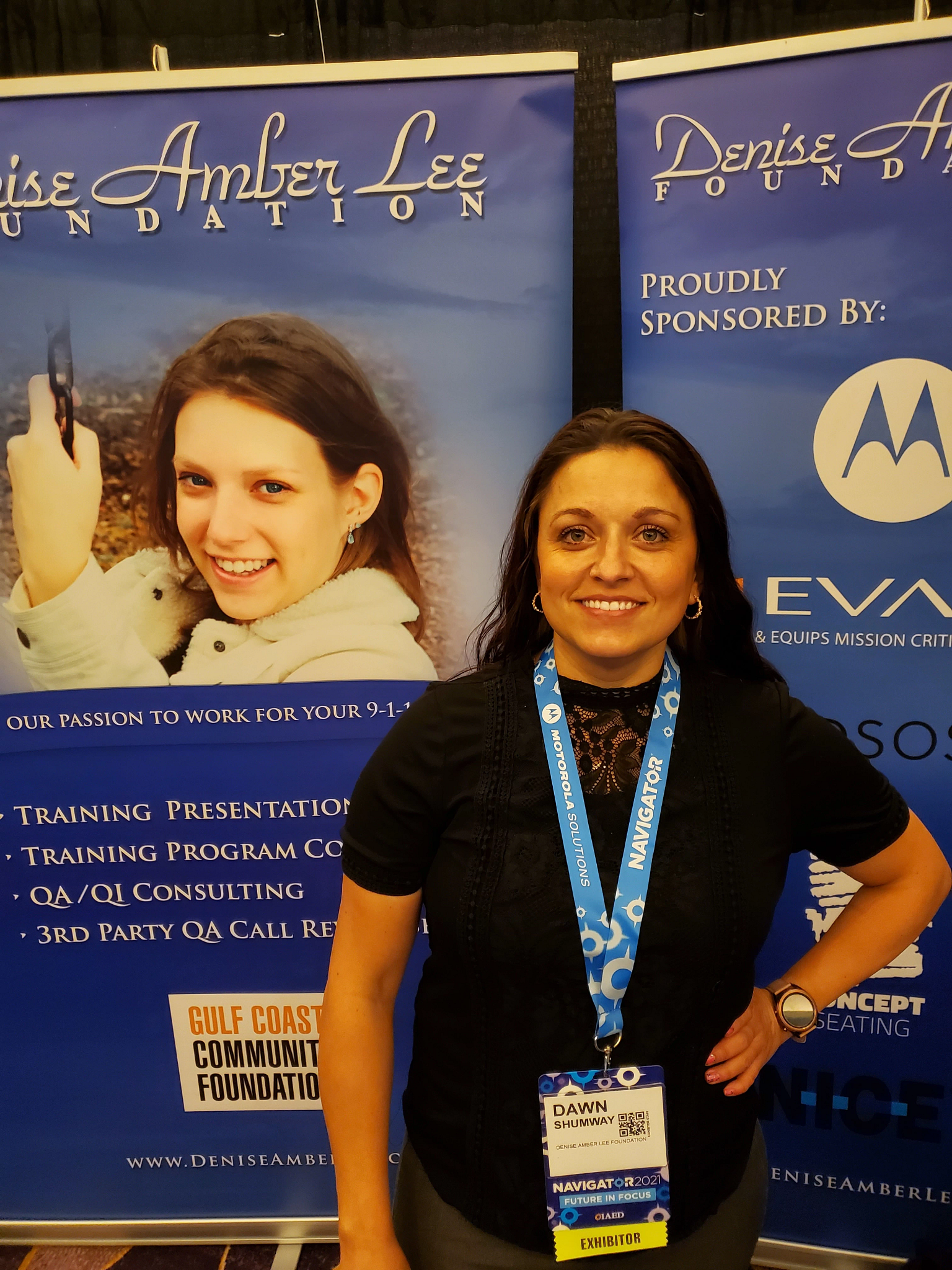 Bumps In The Road

Things were a bit rocky, unsettled for Dawn Shumway during her young adult years. She ran away from home to save herself. She later suffered a skull fracture in an accident while riding her bicycle. When things didn’t seem to be getting any better, she seriously contemplated ending her life until answering an unexpected phone call.

Of course, you know where we’re going with this. A phone call out of the blue from an old high school buddy. The friend said she had been thinking about Shumway and on impulse called to see how she was doing.

The call was a major influence in saving her life and providing direction forward.

“The call saved me,” Shumway said. “Someone was out there who cared. It was a speed bump telling me to stop and look around.”

Shumway is a police emergency dispatcher at the 911 Communications Center Davis County, Farmington, Utah (USA). She likes being the person who can help someone in crisis. Public service is ingrained. She started her career 16 years ago, following in her mother’s footsteps. The friend’s phone call came in while Shumway was visiting her mother’s grave at the cemetery.

In 1995 Shumway’s stepfather, Fred Hansen, a former Logan, Utah police officer, murdered his wife, Joanne, and stepdaughter, Jovanna, at their home in Weber County, Utah. Jovanna had stepped in to intervene during the couple’s argument. He shot her. He shot her mother. Hansen was sentenced to life in prison with a chance of parole. He admitted guilt but never took responsibility for the murders. He never explained why.

Shumway was nine years old when the shooting happened. She had grabbed her younger brother, and they ran outside of the house. They went to live with an uncle. Little did Shumway suspect at the time, but her stepfather’s double homicide opened an insight leading Shumway to her association with the Denise Amber Lee Foundation. She is an instructor.

Denise Amber Lee was murdered by Michael King in the U.S. state of Florida on Jan. 17, 2008, after he had kidnapped and raped her earlier in the day. Denise was 21 years old and the mother of two

boys. Despite overwhelming evidence, King pleaded not guilty, and was sentenced to the Utah state prison. He never accepted responsibility.

Negligence in mishandling a string of 911 calls, including one from Denise while held captive in King’s car, drove Denise’s husband, Nathan Lee, to create the foundation. The Denise Amber Lee Act, passed unanimously by the Florida Legislature on April 24, 2008, requires emergency calltakers to undergo 232 hours of training. The foundation lobbies for national legislation requiring mandatory training and certification for all 911 emergency dispatchers.

Thirteen years later and Denise’s story still resonates. It certainly does with Shumway. Emergency dispatchers realize that the choices they make can save a life. Foundation staff travels the country promoting enhanced training and public awareness. A class Nathan taught and Shumway attended was all she needed to get involved.

Shumway could not ignore the similarities between the two perpetrators. Shumway’s stepfather refused to accept responsibility, and King denied culpability. She went on record with the Utah Board of Pardons to oppose his release on parole. The parole was denied.

“I respect what’s on plates of others and don’t want to compare,” she said. “It's more about helping people. Making sure they get the help they need when calling 911.”

Shumway also recognized the pain caused to the families. The loss. The inability to change what happened but the possibility of averting similar tragedies through advocacy and education. While Shumway might prefer to turn back the pages, she takes solace in the empathy of experience.

“Connecting with people is powerful,” Shumway said. “The phone call at the cemetery meant everything to me. Someone cared.”