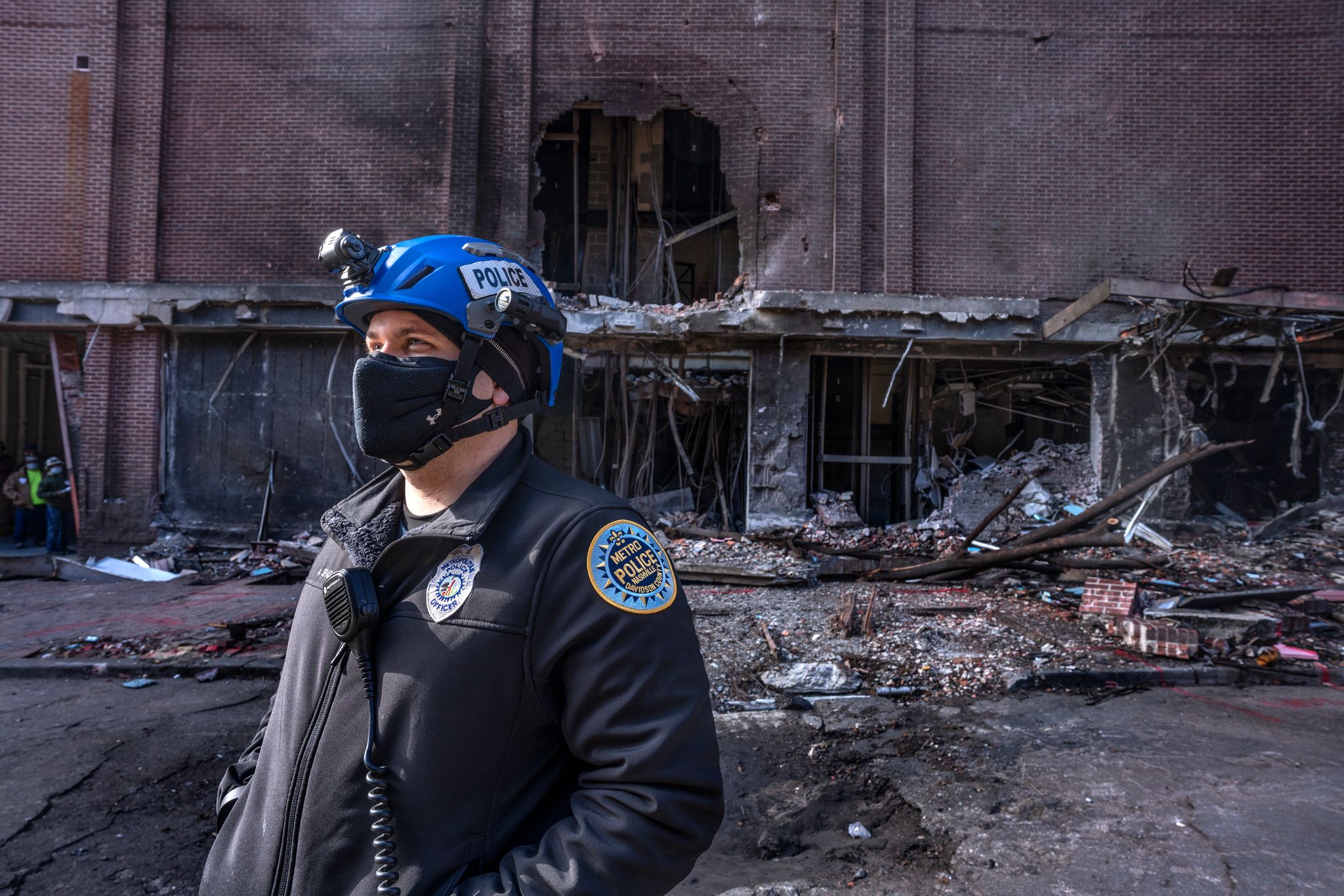 Behind the Scenes of the Nashville Bombing

As with pretty much everywhere on the planet, Nashville, Tennessee (USA), had an unusual—and lethal—2020. On March 3, 2020, a tornado ripped through downtown Nashville, followed closely by Nashville’s first COVID-19 diagnosis on March 8. For this city, a year which has frequently been described as “apocalyptic” ended with something no one ever wants to be party to. 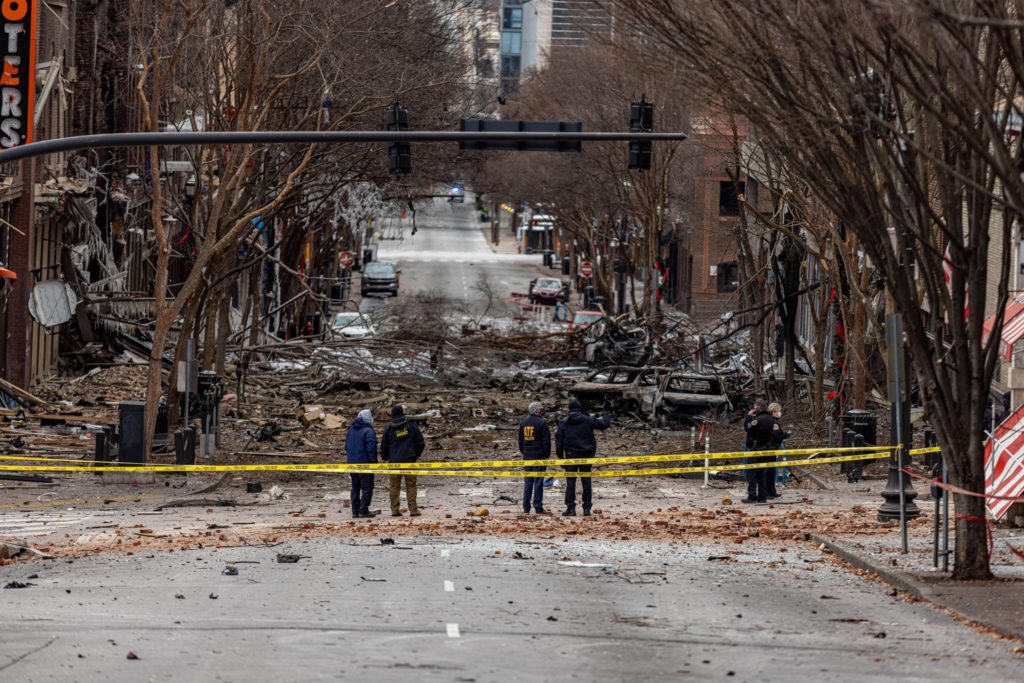 Metro Nashville Department of Emergency Communications was light on personnel in the early hours of Christmas morning. There are 43 consoles on the floor and 35 emergency dispatchers working during peak times; however, due to the holiday, between 25 and 28 were working. After all, it was the early morning, a holiday, and a city with COVID restrictions meaning that few businesses were open in the area the agency covers. According to Stephen Martini, Director of Metro Nashville Department of Communications, the difference between call volume in December 2020 was markedly lower than that of December 2019. They had no reason to believe that Christmas would be a big day for them.

The first notions that something was wrong started with calls between 5:30 and 6:15 a.m. when Metro Nashville emergency dispatchers began receiving calls from people who lived downtown along Second Avenue.

The first notions that something was wrong started with calls between 5:30 and 6:15 a.m. when Metro Nashville emergency dispatchers began receiving calls from people who lived downtown along Second Avenue. They reported hearing gunshots in the street and recorded warnings coming from an RV, telling residents to evacuate the area because the vehicle was going to explode. The vehicle was parked outside of the seven-story, red brick AT&T building. Between evacuation warnings, the RV’s sound system also played Petula Clark’s peppy 60s hit “Downtown,” giving the whole scene an eerie, surreal quality. Law enforcement was dispatched to check out the suspicious vehicle and clear all residents from the area.

While the night shift emergency dispatchers at Metro Nashville were trying to make sense of the situation, the day shift trickled in to be briefed on the morning’s events before taking over. That meant that when the RV exploded at precisely 6:30 a.m., an estimated 65 dispatchers were in the comm. center, ready to handle the fallout. Those who had just ended their shifts stayed to handle the surge in phone calls and help where they could.

The center received 40 calls within the first five minutes of the blast.

Most of the residents on Second Avenue had been evacuated by law enforcement by the time the explosion happened, so there were far fewer calls reporting the blast than might be expected. The center received 40 calls within the first five minutes of the blast. Those ranged from people outside the area calling to report seeing smoke downtown to a caller reporting that a helicopter had crashed into Nissan Stadium (which is across the Cumberland River from the explosion site) to a caller reporting that the county court house was under attack.

“We had one person call from a suburb 13 miles away to report an explosion in their neighborhood,” Martini said. “We asked if it could be associated with the blast downtown and he said there was no way.”

For roughly 10 minutes, Metro Nashville dispatchers were under the impression that the entirety of Davidson County was under attack on multiple fronts. As law enforcement officers and firefighters were sent to the areas of reported blasts and didn’t find anything else, they confirmed that there had only been the one sizable explosion on Second Avenue. It looked like emergency dispatch’s involvement was winding down and transitioning into supporting the fire and police experts who were assessing the damage and conducting a search and recovery effort at the site. Because of the evacuation warning, no bystanders were killed, although the perpetrator, Anthony Quinn Warner, was later confirmed to have died during the blast. There were, however, other massive casualties, namely communications across the city, county, and even surrounding states. 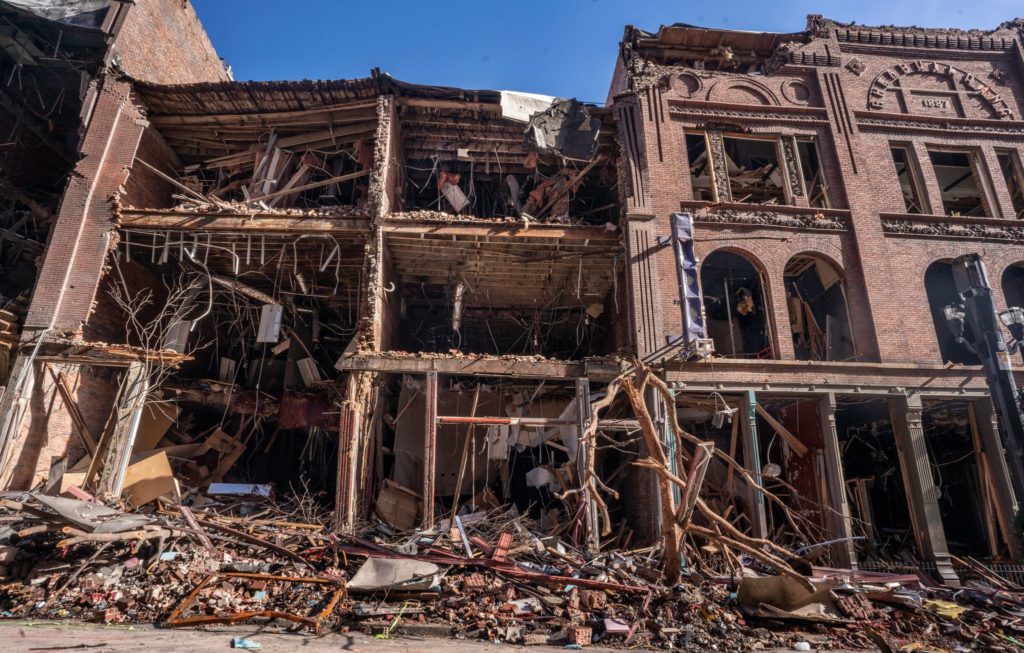 The AT&T building was built to withstand such attacks. Although it was not gutted like the surrounding buildings, it was still impacted and the explosion left a six-foot crater on the road outside, severing the commercial power connection to the building. Immediately after losing power, the building switched over to battery power. The batteries were designed to last about four hours, so no one realized anything was amiss until 11:30 a.m. when the batteries ran out and couldn’t switch over to the backup generators, which had been damaged by the blast.

With the loss of power to the AT&T building came the loss of phone and internet connectivity for AT&T customers, among which were Metro Nashville and many surrounding dispatch agencies. Metro Nashville’s 911 lines were routed to their CAMA trunks, which were served by batteries within the facility designed to last much longer than four hours and were not impacted by the blast. They could not, however, receive calls sent to their ten-digit non-emergency number. The case was reversed in the surrounding areas—the agencies could receive calls to their ten-digit numbers, but not calls placed to 911. The communication issues for AT&T customers spread as far as the Smoky Mountains to the east, Memphis, Tennessee, to the west, and the parts of Kentucky, Georgia, and Alabama.

At this time, calls concerning the explosion had stopped, but calls for other emergencies didn’t go away. Third party alarm companies use a separate line to contact Metro Nashville and couldn’t get through. ANI and ALI for calls across the CAMA weren’t available, so emergency dispatchers had to utilize RapidSOS technology to identify callers’ locations. While all of this was happening, Martini and his team were trying to contact AT&T to fix the problem as soon as possible but AT&T representatives use their own services, meaning that Martini had to get creative.

In all, 72 hours elapsed between the first calls reporting the RV and when AT&T—and therefore Metro Nashville—had restored full functionality.

Martini hasn’t wasted a second in the month following the attack. He’s had conversations with surrounding agencies to make use of existing paths of fiber connectivity to ensure that if one line goes down, they can use the unaffected lines to still be able to field emergency and non-emergency calls. No matter what disasters strike in 2021 and beyond, Metro Nashville Department of Emergency Communications will show the same competency and fortitude that got them through the Nashville Christmas bombing.