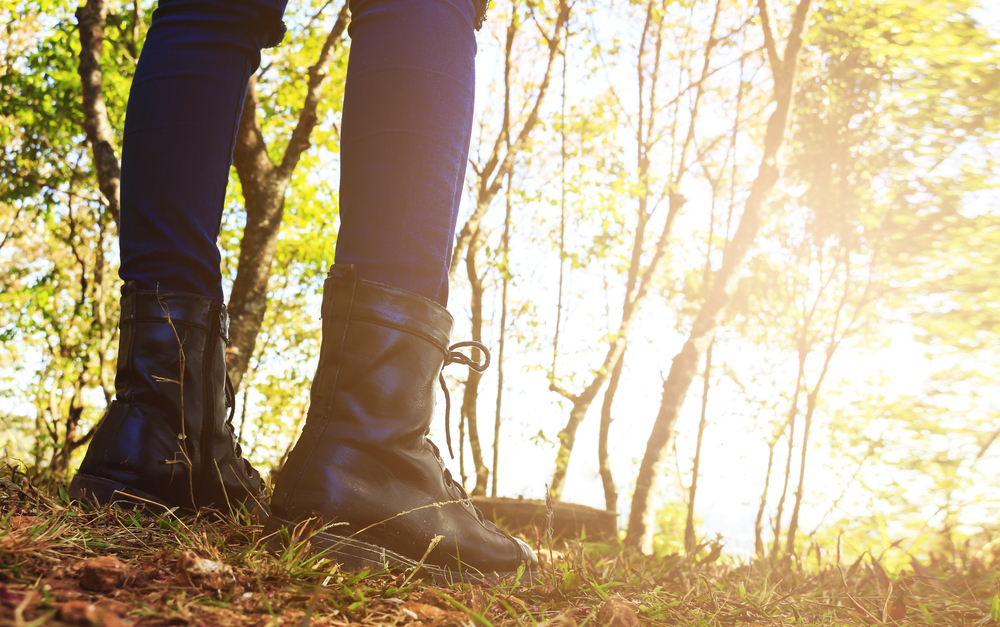 Do you enjoy the beauty of the outdoors, yet avoid certain venues due to the beasts that might lurk on the ground, in the water, or above your head?

Does the sight of a snake coiled on a warm rock send you running in the opposite direction? Do you get rattled at the sound of a twig snapping while you’re hiking a trail in the woods posted with bear warnings? Do you refuse to swim in the ocean due to an overwhelming fear of a shark attack?

Whether these fears stem from nursery tales, someone else’s harrowing experience, TV shows, or actual encounters, it’s neither uncommon nor irrational. Human survival depends on wise choices, such as respecting a bear’s territory and brushing up on your bear etiquette. For some, fear escalates to phobic proportions that interfere with life and leads to total situational avoidance. The fear of animals, or zoophobia, and the fear of spiders, or arachnophobia, goes beyond a case of the willies.

Bad things, however, do happen, and it’s why every great emergency dispatcher answers calls equipped with protocols to help in the direst of situations. 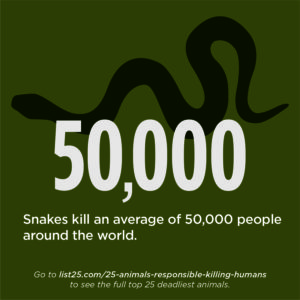 Of the 3,000 or more snake species that exist in the world, 600 are venomous and belong to three major families:

While Australian snakes are viewed as the most venomous in the world, they are by no means the most dangerous. Only about a dozen of the estimated 100 species of venomous snakes in the country produce sufficient toxin in a single bite to be fatal to humans.2

Rattlesnakes are pit vipers and possess a heat-sensing pit located between the eye and nostril, which helps them track and hunt their warm-blooded prey. The western diamond rattlesnake is a pit viper that injects poison through long, hollow hinged front fangs.

There are no universal distinguishing characteristics for telling a venomous snake from a non-venomous snake and, because all snakes have teeth, even the non-venomous snakes can cause anywhere from small to devastating injuries when biting their victims. For example, while pythons kill prey by constriction, their bite can transmit harmful bacteria. Depending on the snake’s size, a snake bite can leave a massive laceration requiring urgent medical attention. 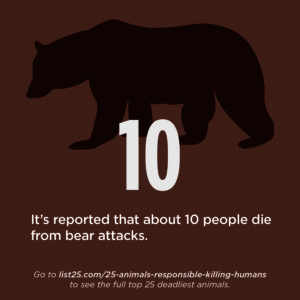 We grow up with bears in our literature, toys, and songs. “Goldilocks,” “The Bear Went Over the Mountain” folk song, Smokey Bear, “The Far Side” comic strip, teddy bears, and recent movie “The Revenant” have added to a perspective that embraces and fears the smallest and most common of bears living in North America. Are black bears the villains ready to pounce any human stepping into their territory? Do they look for a fight?

According to the Humane Society, the opposite is more likely. More suburban developments are encroaching on bear habitats, making it more likely for humans to see bears roaming neighborhoods and relying on a keen sense of smell (seven times greater than a bloodhound’s) to detect pet food, garbage, barbecue grills, and bird feeders—and once bears locate a food source, they remember where it is.3

The North American Bear Center claims that most attacks are defensive maneuvers and, generally, unprovoked predatory attacks in remote areas where bears have the least contact with people. According to their statistics, 750,000 black bears of North America kill less than one person per year on average.4 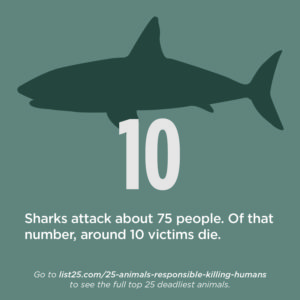 Shouting the word “shark” clears out the surf every bit as fast as shouting “fire” clears out a crowded theater. These are words that often evoke frightening images and the flight, rather than the fight, reaction. In the case of a shark, the teeth feed our frenzy. Sharks may have up to 3,000 teeth at one time. The great white shark has bread-slicing style serrated, wedge-like teeth that are effective at cutting off chunks of flesh for easy swallowing.

And if things go south, the Medical Priority Dispatch System™ (MPDS®) is there to help. 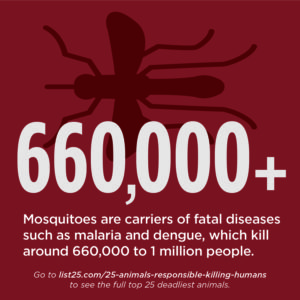 An envenomation is an injection of poison or other foreign substance by an animal, such as a snake, insect, or spider. Although a snake “bites,” Protocol 2 acknowledges the signs and symptoms of venomous bites analogous to allergies and, also, similar consequences if left untreated.

MPDS PDIs for a bite from an elapid snake (venomous snake having hollow, fixed fangs) were formerly the domain of the Australian version—and for good reason. In Australia, species of venomous snakes outnumber the species of nonvenomous snakes four to one. The largest, most dangerous species is the taipan, a tropical species that can reach a length of 11.5 feet. Several species of tiger snakes are more widespread and have particularly deadly venom. The death adders are viper-like elapids.

For snakebites in North America, identification of the type of snake will help determine which PDIs to give, with the primary distinction between elapid and non-elapid snakes. Venomous North American snakes of the non-elapid type include rattlesnakes, copperheads, and water moccasins, while the elapid varieties include the eastern coral snake, the western coral snake, and the yellow-bellied sea snake.

With snakebite incidents, there is the possibility that a dangerous snake is still an imminent threat. If there is a danger present at the scene, the EMD is directed to use X-9, advising the caller to stay calm and out of the snake’s way. The caller will be instructed to immediately tell the EMD when the snake leaves. A new PDI was added to Protocol 2 in MPDS v13.0: “(DELTA or CHARLIE) Tell her/him to lie down (sit if difficulty breathing) and not to stand or walk.” This is to avoid the rapid loss of blood pressure in cases of severe anaphylactic reactions.

PDIs for elapid snakebites are:

For non-elapid snakebites, the caller should not allow the patient to move around. If possible, the bitten area should be placed below heart-level to minimize movement of the venom toward the vital areas of the body. Neither ice nor a tourniquet should be applied.

If the type of snake is unknown, the EMD should give non-elapid snakebite instructions.

The EMD first evaluates the patient’s condition through Case Entry Questions, including consciousness and breathing status, and then takes action. Though the typical scenario of an unconscious and not breathing patient would be handled on Protocol 9: Cardiac or Respiratory Arrest/Death, according to Case Entry Rule 2, “If the complaint description involves TRAUMA, choose the Chief Complaint Protocol that best addresses the mechanism of injury.”

MPDS Protocol 3 addresses a variety of animal-related injuries from large animals (such as sharks and bears) to EXOTIC animals (any animal that may be poisonous, dangerous, or whose risk is unknown).

In order to narrow down the type of incident, the first Key Question is “What kind of animal is it?” Often, this is already apparent from the caller’s description on Case Entry. However, this question elicits a more specific response and serves as a safety net to shunt to Protocol 2: Allergies (Reactions)/Envenomations (Stings, Bites) if the caller identifies the source of the bite as an insect, spider, or snake, as emphasized in Rule 1. Otherwise, the EMD continues Key Question interrogation, collecting scene safety information—such as where the animal is now—and determining the patient’s condition: SERIOUS bleeding, alertness, body area injured, how recently the incident occurred, etc.

It should also be noted that in MPDS v13.0, a new definition and Determinant Code were added to separate a MAULING (Savaging) from an Attack in progress to provide agencies an opportunity to assign separate responses for the situations. The Determinant Code 3-D-8 is assigned MAULING or multiple animals, and 3-D-9 is assigned Attack in progress. A MAULING (Savaging) is defined as “an attack that produces serious, multiple wounds or injuries, as opposed to a single or limited number of bites.” 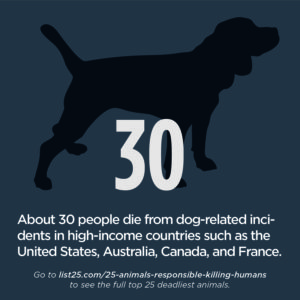 After initiating the appropriate response for arrest/unconscious patients, the EMD should begin asking Key Questions 1–3 to get a basic description of the incident but then leave the interrogation to provide Post-Dispatch Instructions and go to the appropriate DLS Link to provide PAIs (Danger, Arrest, Control Bleeding, etc.) before responders arrive. For all other patients, the EMD should complete Key Questions.

When a patient in arrest also has SERIOUS bleeding—uncontrolled bleeding (spurting or pouring) from any area—Axiom 2 provides an explanation for which instructions take priority in best meeting the patient’s needs: “On certain Protocols (3, 4, 7, 17, 27, etc.), an arrest may have been caused by extremely SERIOUS hemorrhage. In these cases, controlling the bleeding before initiating CPR may increase patient survival.” 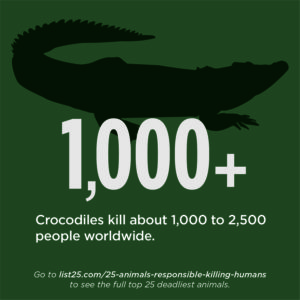 An EMD should never give bystander instructions for applying a tourniquet in Dispatch Life Support (DLS) due to the potential of introducing serious complications. If a tourniquet has already been applied, do not advise removing it.

Bystanders can help control the bleeding by using direct pressure; however, direct pressure should be avoided in the presence of visible fractured bone or foreign objects (such as fragments of shark teeth) to prevent further injury. In situations where direct pressure can be applied, the bystander must be prepared to hold it in place continually.

Because shark attacks most likely occur at a beach where others are present, a bystander should be able to follow the EMD’s instructions to grab a beach towel and put pressure directly on the wound. The towel holds the blood on the wound, promoting clotting. If the towel soaks through with blood, the bystander is told to add another layer. No matter how blood-soaked the towels become, the bystander should never peel them off or try to look at the injury; removal disrupts the clotting process and allows bleeding to resume. 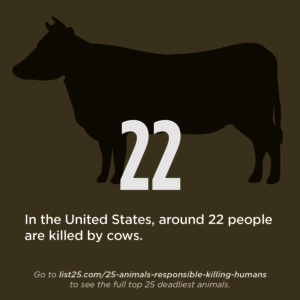 If the patient’s breathing is absent or ineffective, the EMD links to PAIs that will direct the caller in administering CPR. Once responders arrive on scene, they will administer to the patient in preparation for transport to the closest trauma center for examination and treatment of injuries.

3 “What To Do About Black Bears.” Humane Society of the United States. http://www.humanesociety.org/animals/bears/tips/solving-problems-with-black-bears.html (accessed Dec. 6, 2016).