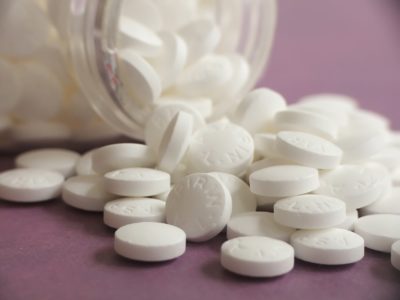 Since you are the man of the hour, here is a debate we are having …

You have a 62-year-old female that is having chest pain and difficulty breathing … She is conscious, alert, has no stroke symptoms, and is not allergic to aspirin. When going through the protocol, she states she just chewed four low dose aspirins as she was dialing 911 …

Since she took the correct dose and chewed it and didn’t swallow it, can we bypass the aspirin? If she swallowed it, I could see her having to chew the correct amount but since she chewed it, I am all set by not administering more …

What is your take? Do we or do we not administer aspirin???

Good to hear from you. Can’t say that we didn’t see this one coming. As they say in sports, are “liners” in or out? In this case, it would be reasonable to assume that the patient took the aspirin virtually when they would have anyway, if advised by the EMD based on the protocol, so I would say, since the dose appeared to be correct also, that this would be sufficient—and no additional recommendation of ASA should be therefore advised. This assumes no previous bad reactions, or other precluding conditions.

This said, it is difficult to, at this point, say exactly how long before contact, that if the patient had already taken the appropriate dose, where we should not advise the standard administration of ASA anyway. In your case, things appeared to be virtually the same as what we would have done via protocol. But this may not be the (exact) case in another situation, so I would not recommend, not advising the administration of an (additional) ASA dose (given the apparent safety of ingesting a little more, if even twice as much more, ASA), since these doses are basically subclinical compared with the usual dosing of aspirin for headaches, arthritis, injury, and the like. I have taken four 325mg tablets of aspirin for my common, moderate headaches since I was 10 years old.

While this “liner” was “in,” I don’t think we should make any significant changes to the ASA admin “rules” as a result. As Dr. Joseph Ornato, the author of the original aspirin administration guidelines for AHA, has usually replied to our varying questions of ASA admin like this, and has advised, “Tell them to take the damn aspirin!” But don’t quote him or me exactly, please.

I would add that, “When in doubt, act in the direction of patient well-being and safety.”