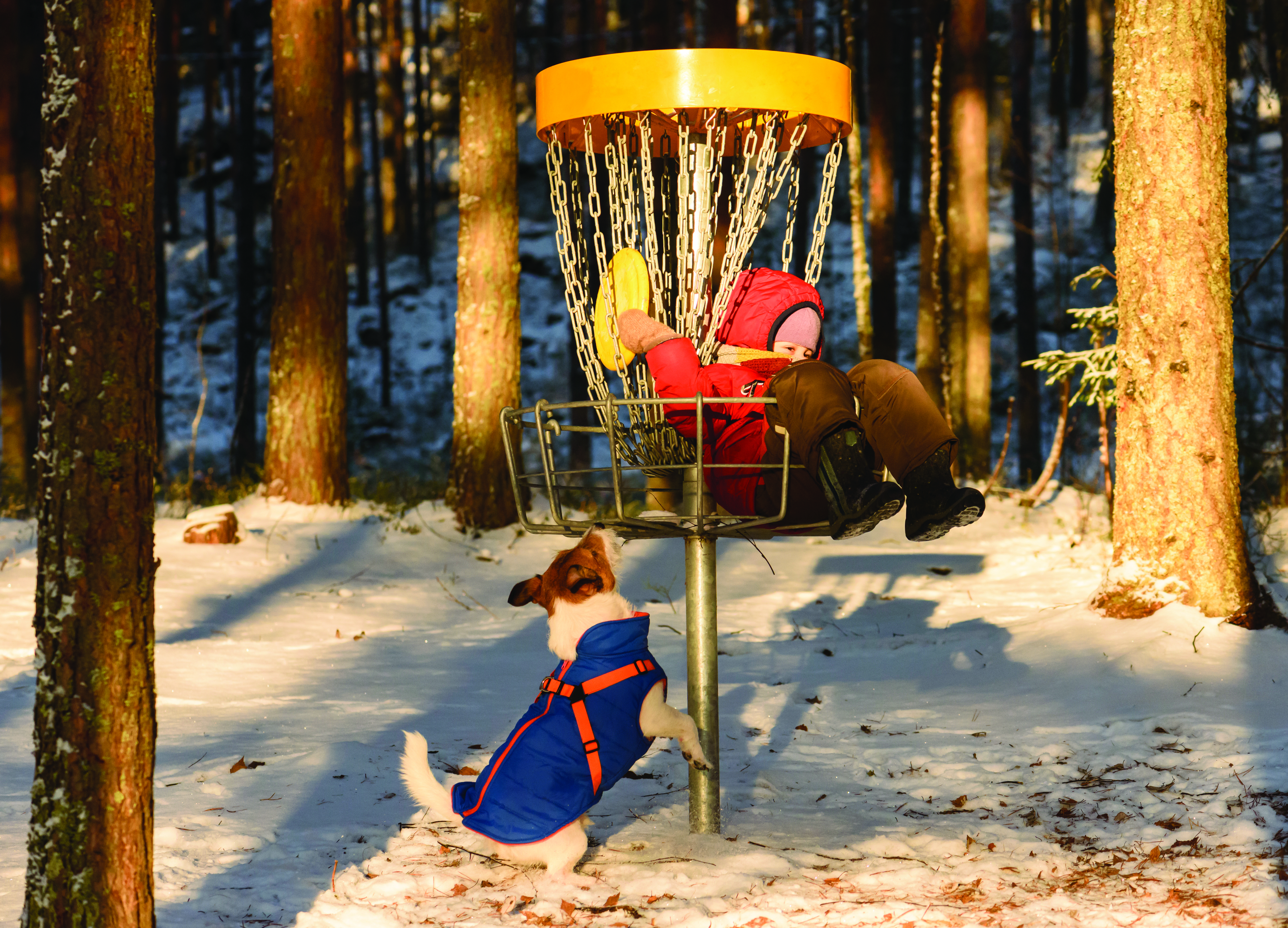 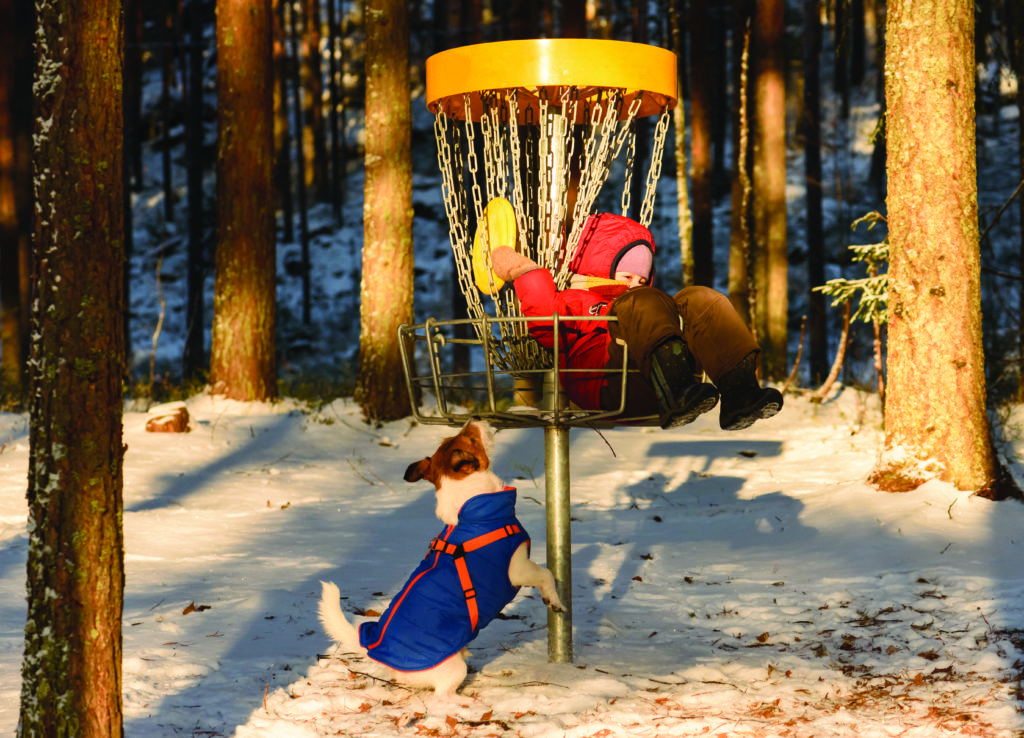 It should have been a routine trip to the laundromat, but instead it ended with a call to 911 for firefighters to rescue a trapped toddler. Was he trapped in a washer or dryer? No, he was stuck inside a claw machine. You know the ones—big glass boxes filled with tempting treasures like toys and stuffed animals that can only be won if you grab them with a mechanical claw. Apparently the three-year-old boy climbed up inside the prize drop flap and couldn’t get back out.

The Palatine Fire Department (Palatine, Illinois, USA) was called and puzzled over how to get him out. According to one account, they thought about breaking the glass, but decided against it because they didn’t want the boy to get cut by the shards.1 They ended up taking off the top of the machine and lowering a firefighter far enough into it to pull the boy out. The toddler was upset but not injured, and soon everyone went on their way.

Children have a knack for getting stuck in just about anything—claw machines, banisters, chairs, swing sets. The list goes on and on. It isn’t just kids that get stuck either. Adults have been known to get caught in vending machines, chimneys, threshers, and children’s playground equipment. In some of these cases, the trapped individual is merely inconvenienced; however, in others, the victim is in real danger. So which Fire Priority Dispatch System™ (FPDS®) Protocol would you use to dispatch them?

What is entrapment? It’s defined as “A situation involving prevention of escape in which there is an increased threat of injury, illness, or death to a person.” As of FPDS version 7, there are 10 protocols that mention people being entrapped or pinned: Protocol 54: Confined Space/Structure Collapse, Protocol 56: Elevator/Escalator Incident, Protocol 58: Extrication/Entrapment, Protocol 67: Outside Fire, Protocol 69: Structure Fire, Protocol 71: Vehicle Fire, Protocol 77: Motor Vehicle Collision, Protocol 80: Outside Tank Fire, Protocol 82: Vegetation/Wildland/Brush/Grass Fire, and Protocol 83: Weather/Disaster Situations.

Situations where the reason for calling is the primary incident, like the little boy stuck in the claw machine, would be triaged using Protocol 58.

In FPDS version 7, the name of Protocol 58 has been changed from “Extrication/Entrapped (Machinery, Vehicle – Non-MVA)” to simply “Extrication/Entrapment.” Gary Galasso, chair of the Fire Council of Standards, explained that the deletion of “(Machinery, Vehicle – Non-MVA)” was to get emergency dispatchers away from thinking that only situations involving some sort of machinery would fall under Protocol 58. The Protocol is made to handle people with their legs trapped in a swing as well as people with their fingers caught in ice cream machines.

A question of injury

A Key Question has been added to Protocol 58 in version 7. Key Question 4 is now “Are there any obvious injuries?” and the subsequent questions have been renumbered accordingly. Should the caller report serious bleeding, X-4 directs you to Control Bleeding instructions, another new and useful feature of this version.

The first three Key Questions—What are they/you trapped in? Are they/you still trapped? What part of the body is trapped?—will drive your Determinant Code selection. The Determinant Codes can be divided up based on the what and when of the emergency. The most time pressing and potentially dangerous situations will naturally result in a higher acuity Determinant Code. What if the caller has managed to wriggle the stuck hand free from a PVC pipe but there are cuts and bruising? 58-A-2 “No longer trapped with injuries.” If the caller’s head is caught in an inactive thresher? 58-D-1 “ENTRAPMENT/TRAPPED (head, trunk/torso, chest, upper arm, upper leg).” If a caller’s head is caught in between two tree branches in the backyard? 58-B-3 “ENTRAPMENT/TRAPPED (NON-THREATENED).”

There has been a change to the wording of some of Protocol 58’s Determinant Descriptors. The Determinant Descriptor for 58-B-1 has changed from “ENTRAPMENT (PERIPHERAL only)” to “ENTRAPMENT/TRAPPED (hand, wrist, forearm, foot, lower leg).” Galasso explained the change by saying that few people knew what “peripheral” meant without having to look it up. It’s quicker and more straightforward to have the body parts listed next to the Determinant Code. Another Determinant Code was added to the BRAVO level: “58-B-3 ENTRAPMENT/TRAPPED (NON-THREATENED),” the definition of which is listed as “An entrapment situation where there is no immediate threat to health or life. The victim is not visibly injured or has very minor injuries. The primary problem is that the victim is unable to self-extricate.”

Down but not out

According to Galasso, new Determinant Codes were inserted into Protocol 58 in version 7 to accommodate situations where a person is stuck but has no injuries. It would not apply to situations like a motor vehicle collision, where the passengers are pinned and, more often than not, injured. Rule 3 on Protocol 58 in version 7 says that “For ENTRAPMENTS due to a motor vehicle collision (MVC), use Protocol 77.”

One of the reasons Protocol 58 was revamped was because of folks at Alachua County Sheriff’s Office in Gainesville, Florida (USA). They submitted a Proposal for Change (PFC) because Protocol 58 would either under- or over-triage for most extrication situations they faced.

If a child’s head becomes caught in between a banister’s balusters, in FPDS v6.1 it would be coded as a 58-D-1 “ENTRAPMENT (except PERIPHERAL, finger, or toe)” because the head is not a peripheral body part. PERIPHERAL was defined in the Additional Information section as the foot, the forearm, the hand, the lower leg, and the wrist.

“A DELTA response for us meant that we’d send six units to the scene,” said Allen Siorek, former Fire Chief for Gainesville Fire Department, which Alachua County dispatches for. “We didn’t need six units; in a lot of cases, we really only needed a screwdriver.”

Jennifer Altenburger, the Alachua EFD who put together the PFC, echoed Siorek’s sentiment when she wrote, “Of our last seven or eight inaccessible incidents, only two needed anything more than a screwdriver, a pair of scissors, and a tube of Vaseline.” They certainly didn’t need a multi-unit response.

In the United States, any vehicle made after 2002 is required by law to have a trunk release option inside the trunk itself. The National Highway Traffic Safety Administration (NHTSA) made the decree after data showed that at least 1,250 people had become trapped in car trunks in the past 20 years, and 11 children had died in 1998 as a result of becoming trapped in trunks.2

FPDS version 7 has also added a DLS Link specifically for situations in which a person has become trapped in a vehicle trunk (D-4). Vehicle trunk incidents were handled on Protocol 58 before the update, alerting first responders to the fact that someone was stuck in a trunk and telling second-party callers to “maintain verbal contact with the trapped people and assure them that help is on the way.” Now, on top of that, there is a set of instructions to walk first- and second-party callers through opening a vehicle trunk, whether through pulling the trunk release handle or folding the back seat down. While it is helpful to let them know that first responders are on the way, it’s even more helpful to be able to give trapped persons active instructions that can get them out of the claustrophobic situation as quickly as possible.

If for some reason the trunk release doesn’t work and the trapped person cannot push the back seats down in a bid for freedom, the last ditch effort on D-4 is having the trapped person locate the tire iron (under trunk carpet) or other tool and try to pry the latch open. If that doesn’t work, they will have to wait for the first responders to arrive and break them out using specialized tools.

A person trapped in a vehicle trunk may or may not be in mortal danger, but it’s better to err on the side of caution and get them out as quickly as possible. Axiom 2 reminds the EFD that “Carbon monoxide buildup for a person entrapped in the trunk of a car may reach toxic levels.”

Situations in which a person has been kidnapped and trapped in a trunk ought to be handled with the Police Priority Dispatch System™ (PPDS®).

As always, the more information you can give the firefighters before they arrive on scene, the better.

The main question Galasso wants you to have in mind as you approach a situation calling for the use of Protocol 58 is, “Is there a chance of impending or further injury?” If so, act accordingly by picking the correct Determinant Code and reading the appropriate PDIs and PAIs.