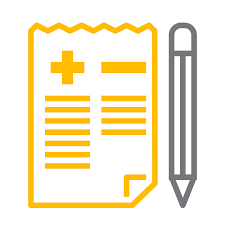 All About Proposals For Change

PFC suggestions don’t have to be all research- and data-based either. Some changes are born out of the fact that wording is paramount—especially in situations where time is of the essence. One example Brett Patterson, Chair of the Medical Council of Standards, gives is in step 3 of the Airway/Arrest/Choking (Unconscious) pathway. In one of the early versions, the instructions tell the caller to “Place a hand on his/her forehead, and another hand under his/her neck, then tilt the head back.” The result? In more than one instance, responders arrived on scene to find that one of the patient’s own hands had been placed on his or her forehead and the other one was under his or her neck. Enough feedback was given on this issue that the instructions were then changed to read as they do currently: “Now place your hand on his/her forehead, your other hand under his/her neck, then tilt the head back.”

Who can submit a PFC? Patterson likes to say that we’ll listen to any idea, even if it’s written on a cocktail napkin at a conference. When the protocols were first invented, a lot of the updates it went through came from expert consensus. As protocol usage grew over time, it’s become more and more driven by user feedback. Heward said someone once told him that “If you need to find coal, go to the coal miner.” Who knows software better than the people who use it day in and day out? The ideal PFC discusses something in the protocol that has been talked about among EMDs who all recognize it as a problem and have theories as to what’s causing the issue and what solutions might work. Ideally, it is passed up through the Dispatch Steering Committee and signed off by the medical director before being sent to the Academy.

PFCs submitted to the Academy—whether to the medical, fire, police, or ECN experts—are all initially checked to make sure that it’s not a time-sensitive issue (which would need to be quickly resolved) and then rated on a scale of 0 to 5. If a proposal is rated a 0, that means it’s not a problem and generally someone will circle back with the submitter so they realize why it’s not. A 1 has already been considered and rejected—again, someone from the Council of Standards will get back in touch with the submitter to help them understand why it’s not an issue. A 2 states that there is a problem with the protocol, but does very little else. Generally, 2’s don’t provide documentation to prove it’s more than a one-off problem. That’s one of the most common mistakes people make when submitting a PFC, according to Patterson. You need to document more than a single anecdote if you’re serious about making the change. If a PFC receives a 3 rating, it means there’s a clinical concern, but again, either no data or not much is provided. The Council of Standards sends 3’s to the research department to get data from the IAED Data Center or conduct their own research to find out if it’s a problem or what’s to be done about it.

Overall, Patterson says that the PFCs his committee (the Medical Council of Standards) receives are 4’s and 5’s. A 4 means that there is indeed a problem and there’s data to back it up, but the proposed solution has been reworked by the Council of Standards. A 5 is the perfect PFC: The data is great, the suggested solution is great, and it’s on its way to becoming a protocol change. How many of these go on to become actual protocol changes? Somewhere around the order of 60% to 70% of PFCs received—which means that we’re getting a lot of good feedback from our users!

So how long does it take for a PFC to become a protocol change? It depends on the change. If a user finds a logic error in ProQA®, those PFCs are considered and turned around in a couple of days. For PFCs that require clinical consideration—for example, the third trimester pregnancy CPR instructions—it takes longer because it must be reviewed by the entire Council of Standards. Since the Council of Standards is made up of international experts, they can’t come together in person and discuss changes often. With technology updates, though, it’s looking like those meetings won’t have to wait for everyone to be in the same place; video conferencing has the potential to make protocol updates via PFCs faster than ever.

Help us help you

Do you have an idea for a PFC but don’t know where to start? The very first thing you should do is make sure you’re using the most up-to-date version of the protocol. A lot of the issues in the cardset and older versions of ProQA have been fixed. It’s amazing what a little technological update/reboot will do! Once you’ve covered that, talk with your colleagues—do they have the same problem? If you’ve talked the issue to death with your agency co-workers, hop onto the IAED page and connect with emergency dispatchers in other centers. Are they having the same problem? If you’re stuck on the research side of things, contact the research department. They’ll be happy to help with data collection and interpretation as well as testing possible solutions.

Want to learn more? Listen to Patterson’s podcast episode of Dispatch in Depth: “All About Proposals for Change” or email him directly at brett.patterson@emergencydispatch.org. If you have a PFC ready to go, you can submit it using this link: https://www.emergencydispatch.org/what-we-do/proposal-for-change. The continued relevancy of the protocol depends on you!

To take the associated CDE quiz, go to the IAED College at https://www.emergencydispatch.org/what-we-do/continuing-dispatch-education