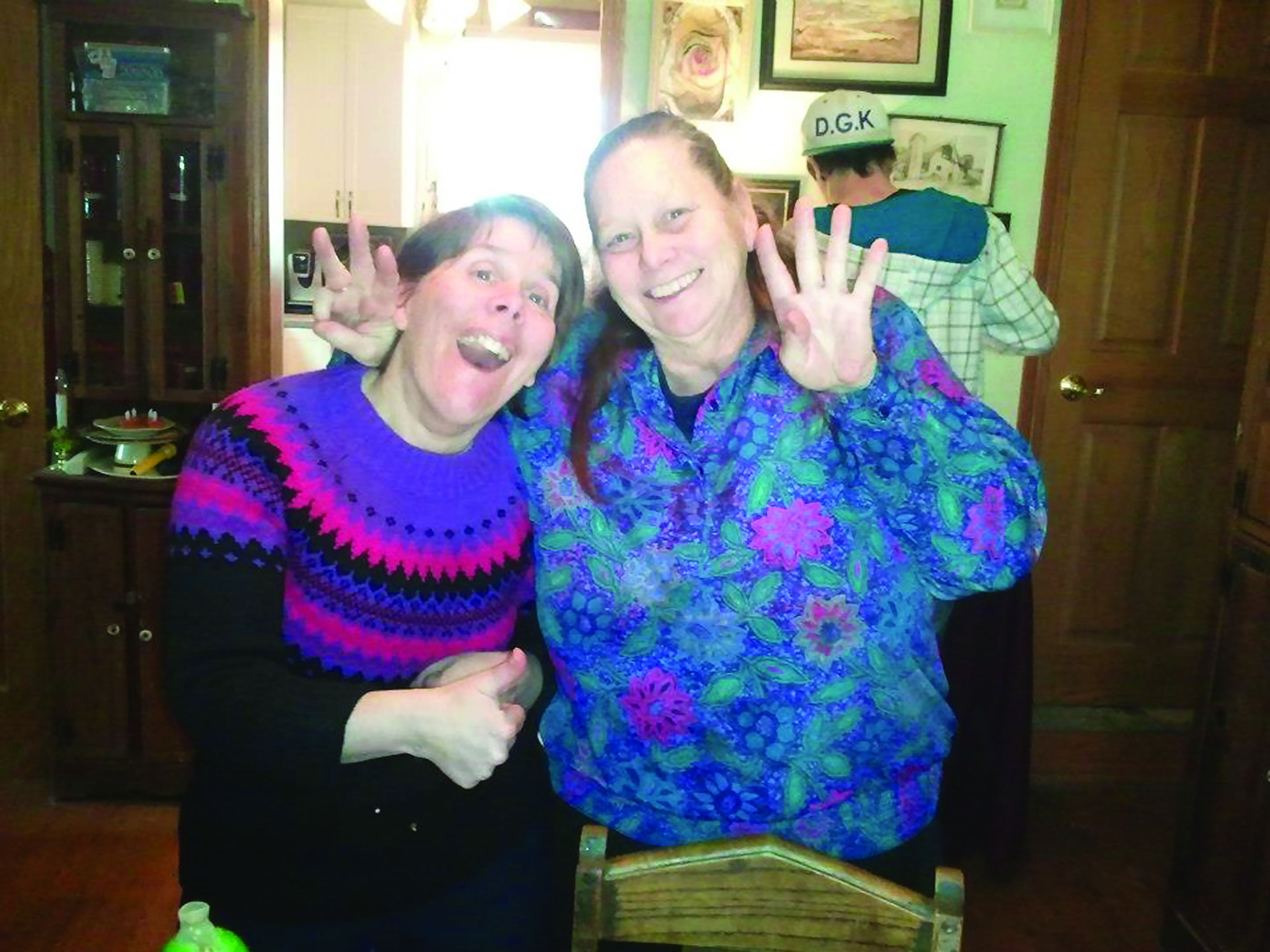 Her hair is cut shoulder length, with bangs bobbed above her eyebrows. She wears no makeup. Her smile is genuine, although soft because either she was taken by surprise or shies away from photos that might reveal the braces on her teeth. She is 18 years old.

“She was everything but shy,” said her younger sister Linda Renee Frieburg. “She was a ton of fun to be around. She liked to sing. She was in jazz dance. She was funny—outgoing. She got straight A’s.”

The Frieburgs live in Saybrook, a small, rural town, and part of the Bloomington–Normal metropolitan area in east-central Illinois. The population holds steady at close to 700 residents, and like teens anywhere, Sharron, Linda, and their friends spent a good part of their time away from the scrutiny of parents hanging out at the neighborhood park, driving aimlessly around town, going to movies, dating, and looking forward to high school graduation. Sharron was an honor student and a cheerleader. College was a summer away.

But Sharron never made it to college. Her life took a dramatic turn on March 26, 1988, at the exact moment her boyfriend, Mark, drove his pickup through a green traffic signal at an intersection on their way to a movie. Their vehicle was broadsided by a Bloomington City Fire Department ambulance moving at a high speed through a red traffic signal, without lights-and-siren, and transporting a patient with a sprained ankle to the hospital.

Mark sustained minor injuries. Sharron was in a coma in the hospital for nearly four months, until Aug. 1, 1988. Martha and Charles Frieburg spent every day at their daughter’s bedside. They participated in her therapy sessions, learning how to help Sharron regain at least some of her skills. They brought her home from the hospital after the insurance company would not cover any further care because of a policy clause prohibiting extended treatment when a patient has recovered as much as the company’s doctors think is likely.

Sharron was never expected to fully recover from the physical and cognitive trauma.

And she never did.

“The accident changed everything,” Linda said. “It set a new course for the family.” 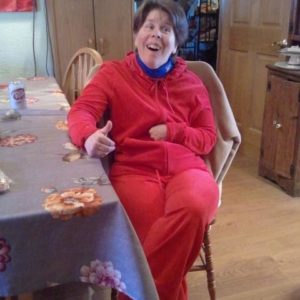 Sharron is now 47 years old (as of January 2017). She lives at home with her mother. Charles died in 2005. Linda moved close to her family home, along with her four sons, to assume some of the tasks Sharron’s daily life requires. She had hoped to give her mother respite, and she does, but Sharron grows increasingly agitated when her mother is out of her sight, even if it’s a walk to the garage outside.

They seldom talk about the accident.

“I don’t at all unless I have to,” Martha said. “It brings back all the sadness and tears that lie deep down in me.”

Sharron can walk a short distance unassisted. Her gait is unsteady and she tends to stumble. The family prefers to bring a wheelchair to grocery shop, attend services at Saybrook Christian Church, where their father was a deacon, and visit friends and family. Sharron’s eyes don’t focus. Paralysis on her left side makes dressing and personal grooming difficult. Because braces severely lacerated her tongue during the accident, she has trouble enunciating words.

Martha said Sharron can say “yes” and “no.” She more often relies on hand gestures.

“She has lots of her own signs,” Linda said. “Most of the time we understand what she wants.”

Due to face and throat paralysis, Martha said administering the Heimlich maneuver is nearly an everyday occurrence in the home. Sharron has no short-term memory, although her long-term memory provides glimpses into her past.

There are good times, Linda said. She loves to make Sharron laugh and take her places in the town where the family has lived for generations. Martha and Linda frequently retell Sharron family stories from before the accident. She enjoys those, said Linda, who is eight years younger than Sharron. Martha acknowledges her older daughter’s sense of humor, despite her severe challenges. They love her unconditionally.

“On her worst days, we try to focus on how far she has come,” Linda said. “I would never want to lose my sister. We love her, but there are also days we can’t help think about what might have been.”

Linda went through a tough period after the accident. She was angry. She sunk deep into depression. She withdrew. It was like she had lost her best friend, and, in a way, she said she had. Poetry and journal writing is therapy for her as well as the company of her sons and their families. Saybrook is where she will stay.

“I made a decision, and this is where I should be,” Linda said. “All we can do is keep pushing forward and doing what we can do for Sharron.”

Martha lives one day at a time.

“At the age of 70, my biggest concern is the concern of every parent caring for severely disabled children,” Martha said. “What happens to Sharron after I am gone?”

In 1989, the city of Bloomington reached a monetary settlement. The funds cover Sharron’s ongoing medical and therapeutic expenses and costs associated with her 24-hour care, housing, and other necessities of daily living.

The Bloomington Fire Department changed its policies on using red lights and siren after the accident involving Sharron.

“In the past, we ran hot all the time,” said Alan Otto, Chief of the Bloomington Fire Department (in a Feb. 4, 1997, article exploring the overuse of red lights and siren published in the Cincinnati Enquirer). “Now, we’re down to 60 or 70 percent.”

The following article written by Jeff Clawson, M.D., was published in JEMS (“Running ‘Hot’ and the case of Sharron Rose,” July 1991).

The use of RLS [Red-lights-and-sirens] is not without significant hazard. It has been estimated, for example, that as many as 12,000 emergency-medical-vehicle accidents (EMVAs) occur each year in the United States and Canada as a direct result of RLS use. In addition, because of what we call the "wake effect" of emergency units disrupting, confusing, and startling other drivers, up to five times as many accidents are caused by units responding RLS that don’t physically involve the emergency vehicle itself. Does the number 75,000 get your attention? It should, if you, too, believe that the prime rule of emergency medical dispatch as for medicine itself should be, "First, do no harm."

In 1989, I subscribed to a national newspaper clipping service, and for one year, I received so many articles of EMVAs that I couldn't fit them all into a cabinet drawer. And these were just the ones that made the news, such as fatalities, rollovers, lawsuits, and horrible outcomes. Then there was Sharron Rose. Her story caught my eye: In Bloomington, Illinois, nearly $5 million and the quality of life of a talented, beautiful 18-year old girl, Sharron Rose Frieburg, were lost because of a "sprained ankle" run.

In 1983, Salt Lake City's Fleet Management department reported that the EMVA rate had dropped 78 percent in that city as a result of the MPDS®, and it was estimated that the number of EMS vehicles traveling Salt Lake City streets with RLS was safely reduced by 50 percent through the use of the system. Were any Sharron Roses saved by these changes? I guess we will never know.

According to the National Highway Traffic Safety Administration (NHTSA), between 1992–2011, there were: