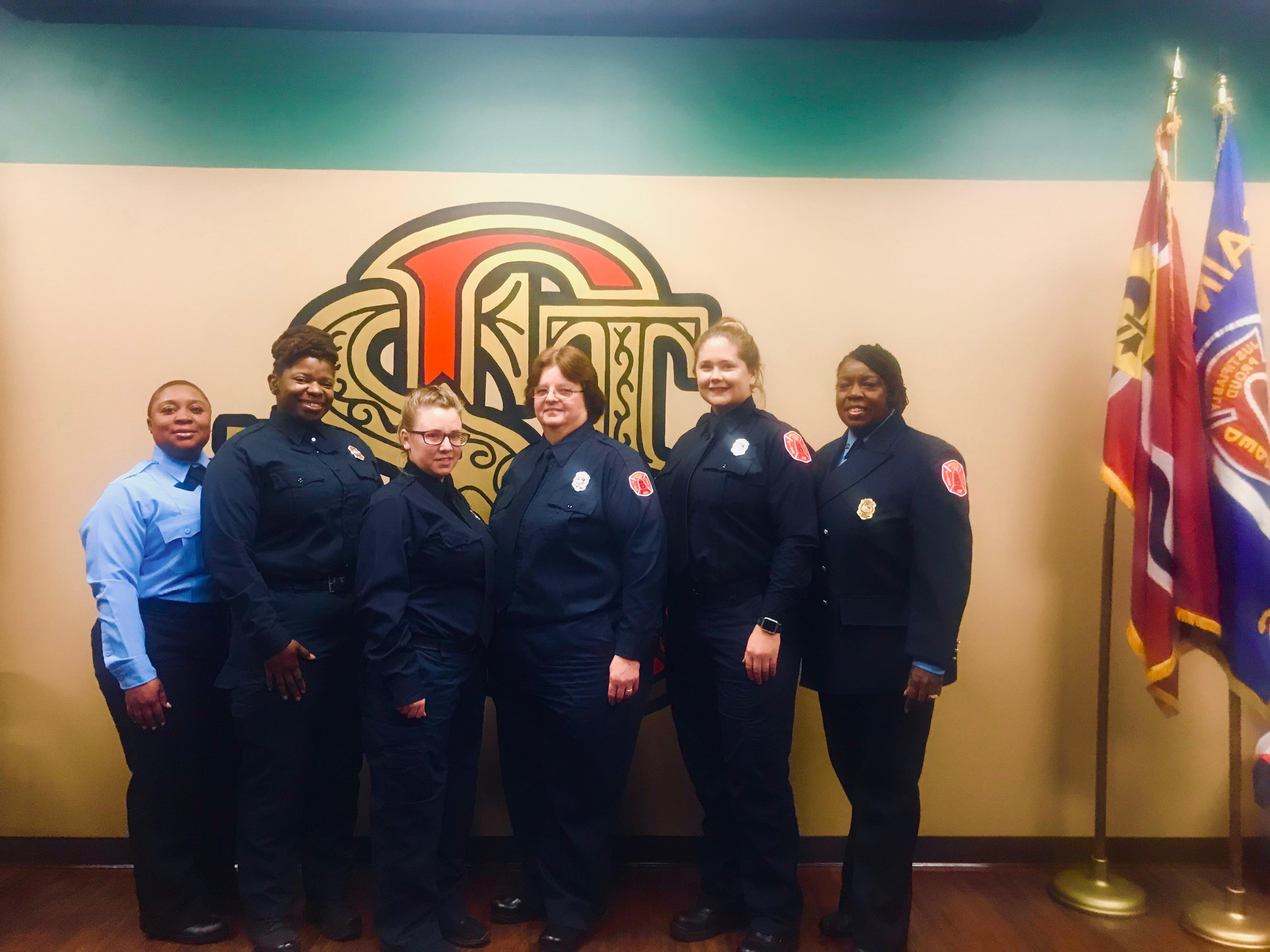 A Foyer Between Them 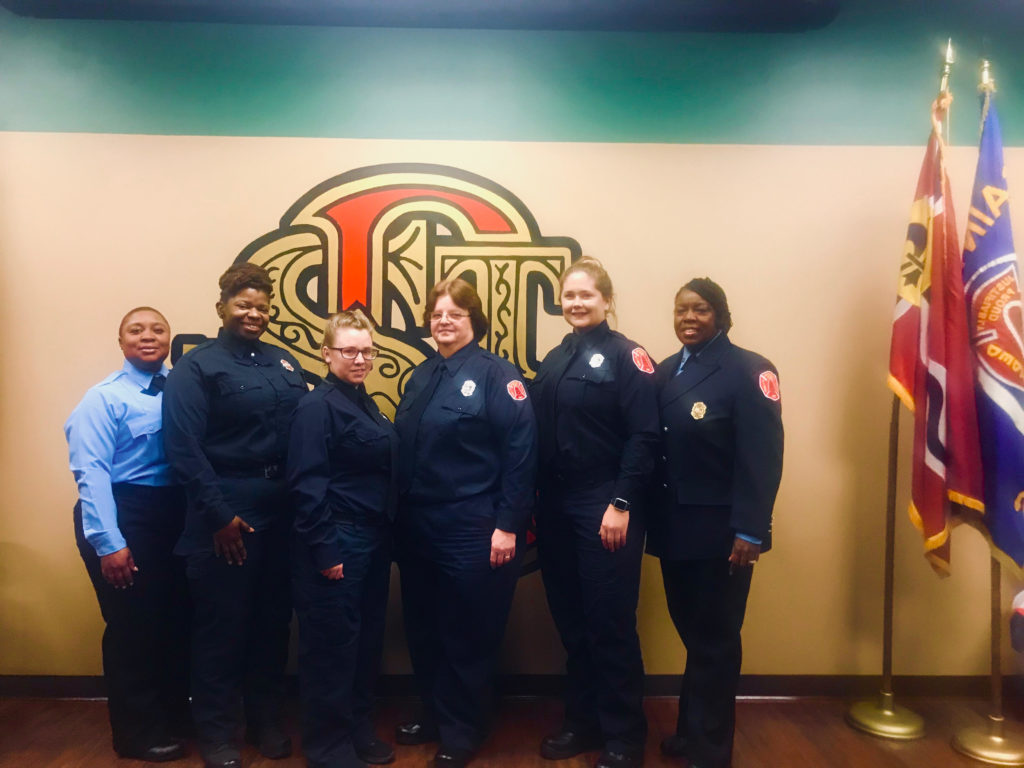 She had put in close to 10 years as a paramedic for the same fire department, shifting to dispatch because, like a lot of people, she was ready to come indoors. Emergency dispatch was not a 180-degree turn in her public safety career, but rather, offered some of the same attractions such as helping people both physically and emotionally.

“[In the street] you had to be the calm in the chaos, and it’s the same in dispatch,” said Rauss, Senior Fire Equipment Dispatcher and QA/QI Officer. “You must be the one able to keep the calm in any situation.”

Two decades ago, the busiest firefighting units in the city averaged nearly two-thirds fewer calls than they do today on an annual basis. Rauss answered 911 calls over the telephone, wrote down the basic information—what happened and where—and sent response. The trip tickets were filed and archived for medical and fire related calls in drawers and cabinets similar to the card catalogues libraries once used for books.

Population growth is not the sole factor for the increasing number of calls. Firefighters everywhere have taken on a variety of additional responsibilities. St. Louis is no exception, and the same principle applies to emergency dispatch.

Rauss recalls the learning curve of CAD operations and the Medical Priority Dispatch System™ (MPDS®) when it was introduced in 1998, and an ACE medical accreditation that has since expired and she’s now intent on renewing.

“I always thought ACE was a good thing,” she said.

Then things happened to interrupt the accreditation, such as turnover of key players and a shuffling of priorities.

At the close of the century, IT was facing the Y2K millennium bug that threatened havoc in computer networks (a daunting issue for emergency communication). Soon afterward, emergency communication centers incorporated the additional oversight and assistance of the U.S. Department of Homeland Security, established following the terrorist attacks on New York City’s twin towers. Training never ends and last year, the St. Louis Office of Emergency Management required job-specific courses in response to flooding of the Meramec River in Spring 2017 that shut down portions of Interstates and damaged hundreds of homes and businesses. 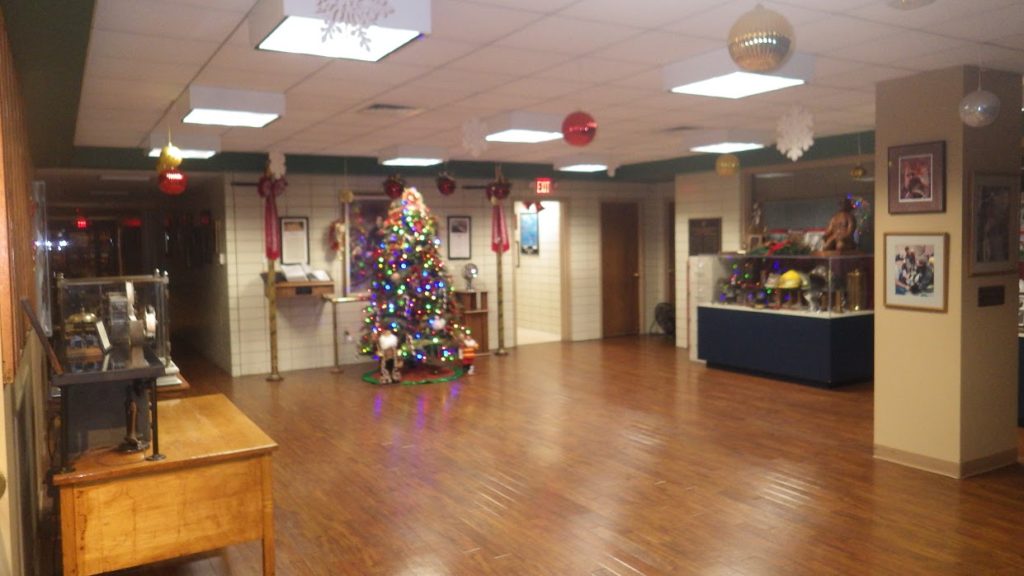 Other major incidents in the St. Louis area pushed the envelope of fire, police, and EMS and demanded dispatch play a more centralized and integrated role in coordinating response. For example, a crew of radio dispatchers from St. Louis County emergency communications were deployed to Ferguson (a north suburb of St. Louis County) following the fatal shooting of the unarmed 18-year-old Michael Brown, an African-American, by a white police officer on Aug. 9, 2014. Riots by people outraged by the young man's shooting and the grand jury’s decision not to indict the officer escalated into a national emergency. SLFD did not send dispatchers to the incident; however, it did increase staffing due to the demands of the riots and sent fire apparatus to the scene as a mutual aid assist to Ferguson.

“National Guard was protecting our building,” Rauss said. “Responders went out in crews.”

There’s always the pressure of environmental threats, particularly in a city contiguous to two of the largest rivers and watersheds in the United States, the Mississippi and the Missouri. Spring can be hazardous. Torrential rainfall during the last weekend of April 2017 led to record flooding and the governor declaring a state of emergency for large sections of the state.

Slow down for a minute. Don’t get the wrong impression.

The city at the eastern edge of Missouri is also a great place to live and visit. It is home to many contemporary and historic attractions. The internationally recognized 630-foot Gateway Arch, completed in 1965, stands as a monument to westward expansion. The Missouri Botanical Garden, founded in 1859, offers 79 acres of gardens and a geodesic dome conservatory. The St. Louis Zoo is nothing like the exhibit featured at the 1904 World’s Fair. Areas added over the past century offer landscapes closer to the relationship the animals have with their natural environs.

St. Louis is a sprawling urban center, with daytime commuters and tourists tripling the city’s number of actual residents (about 320,000). The population is predominantly African-American (49.2 percent) and white (43.9 percent). An estimated 70,000 Bosnians live in the metro area, the largest population of Bosnians in the United States and the largest Bosnian population outside their homeland. 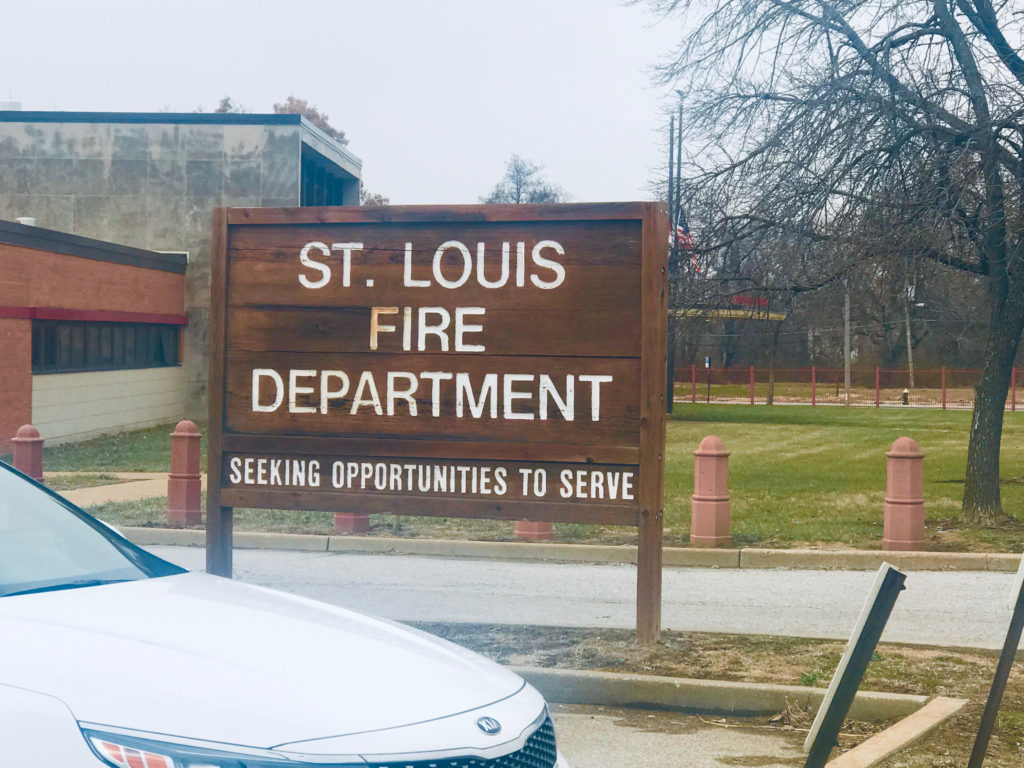 It’s a city of people who love a celebration. The 11-day Soulard Mardi Gras features live music and tons of the iconic beads tossed during the opening Grand Parade to the closing nighttime parade when the event wraps up on Fat Tuesday. The 40th Annual St. Patrick's Day Run draws upward of 10,000 participants following a five-mile route through downtown streets. Thousands upon thousands of people attend the two-day Pride Festival in June, and the whole time something big is happening, you can be assured of smaller events scheduled simultaneously.

And during these major events, SLFD dispatchers are on scene staffing the command post.

EMS merged into the fire department in April 1997, and although they share the same floor in the fire administration building, they are housed in spaces separated by a foyer. All calltakers and dispatchers are cross-trained (to answer calls and work the radio), but they work either in SLFD fire communications or SLFD EMS communications. The Metropolitan Police Department, which is in a different location, operates the city’s PSAP and fields calls requesting response from police, fire, and ambulance. All calls requiring fire department or ambulance assistance are transferred to the SLFD communication center. Both centers use the MPDS.

Rauss’ QA/QI management position was created to get everybody in EMS and fire dispatch “on the same page” for eventual re-accreditation. She reviews calls, does a lot of one-on-one training, and found time in November to take a tactical dispatch course. 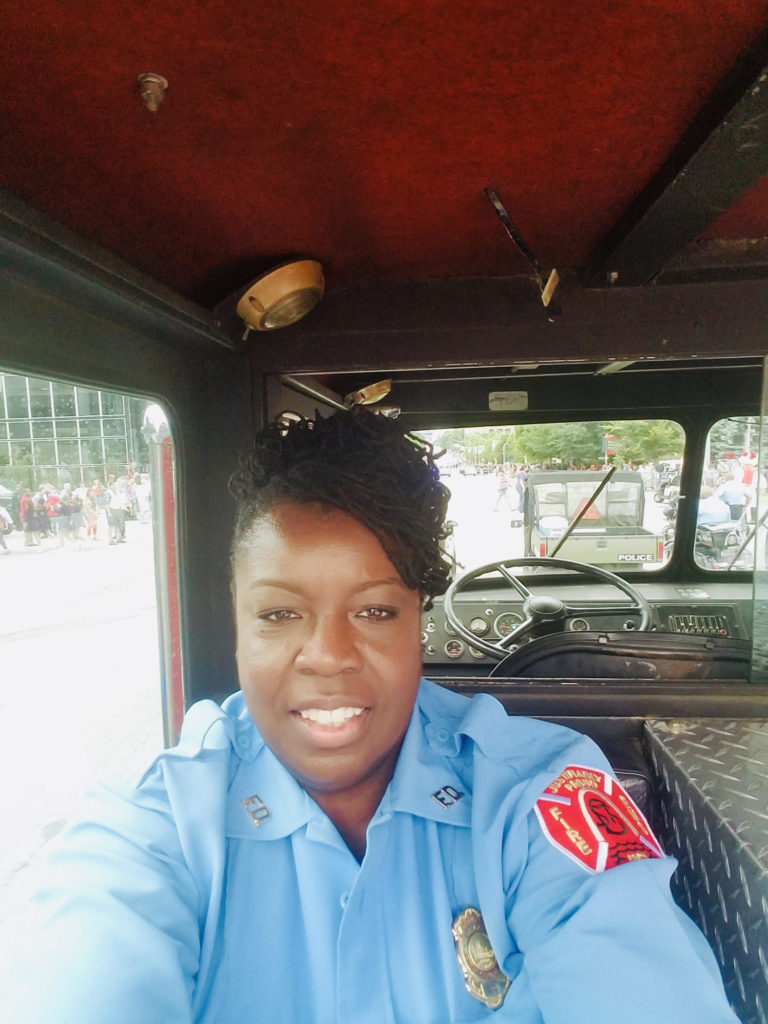 The cooperation it takes to keep St. Louis rolling emphasizes the change Rauss most appreciates in emergency dispatch. It has little to do with technology, call volume, or job security.

“We’re being recognized for what we do,” Rauss said. “From the start, I got that dispatchers were the true first responders. We are the initial contact.”

“At the end of the day, people need help, and there has to be someone there to do that,” Rauss said. “The public always appreciated us, but inside it was overlooked. That’s changing. We’re heading in the right direction.”