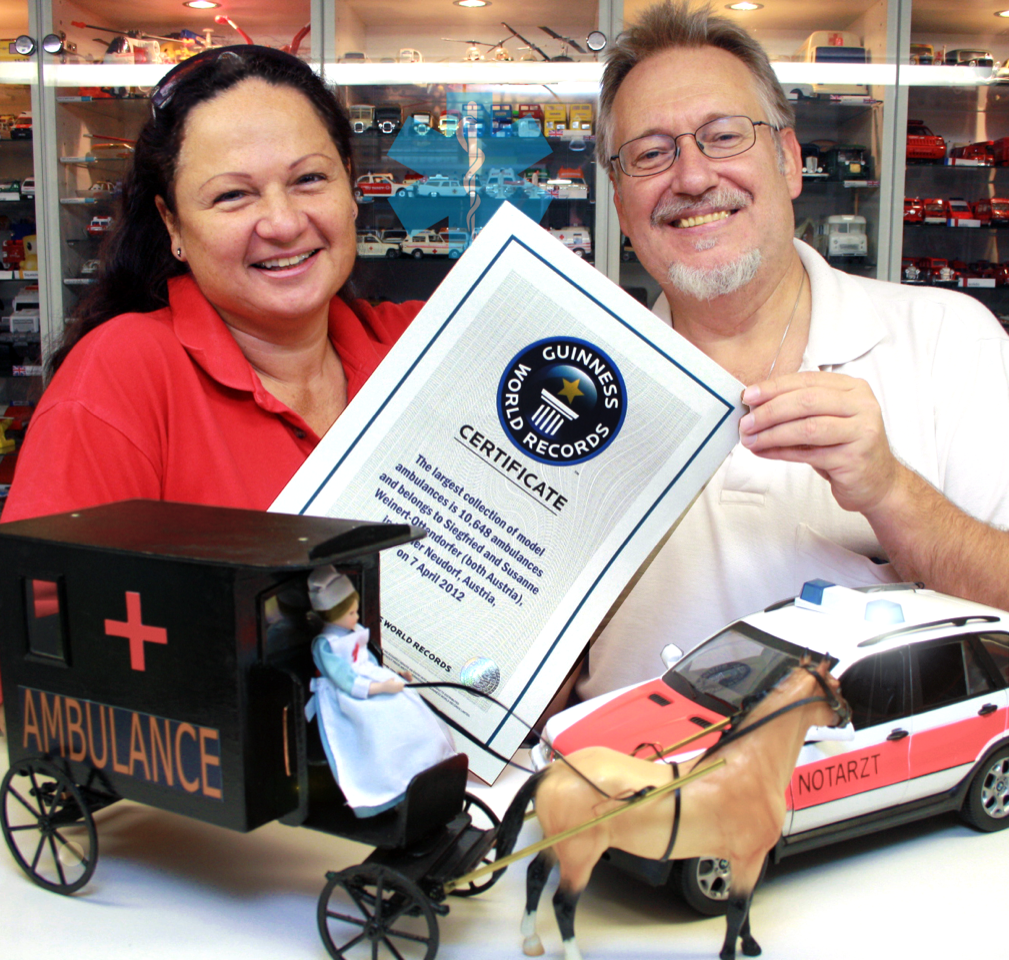 The hobby started on a lark 25 years ago.

There was nothing planned but rather something done on a whim.

Siegfried Weinert had simply stopped at a store to browse, picked up a toy VW ambulance with an emblem of the Red Cross, and paid the cashier. Nothing particularly eventful or a purchase originally intended as more than a knickknack for his office. After all, he was a volunteer paramedic with Austrian Red Cross for more than 30 years, the largest EMS organization in Austria with nine federal branches, according to the nine federal states of Austria.

Something clicked. Weinert really can’t pinpoint an exact reason why he bought another toy ambulance, and another, and another until all these years later, he and Susanne Ottendorfer have accumulated (at last count in April 2019) 16,973 toy ambulances. Ottendorfer caught the bug and was collecting on her own for a short period.

“We merged the collection once we were married,” Weinert said. 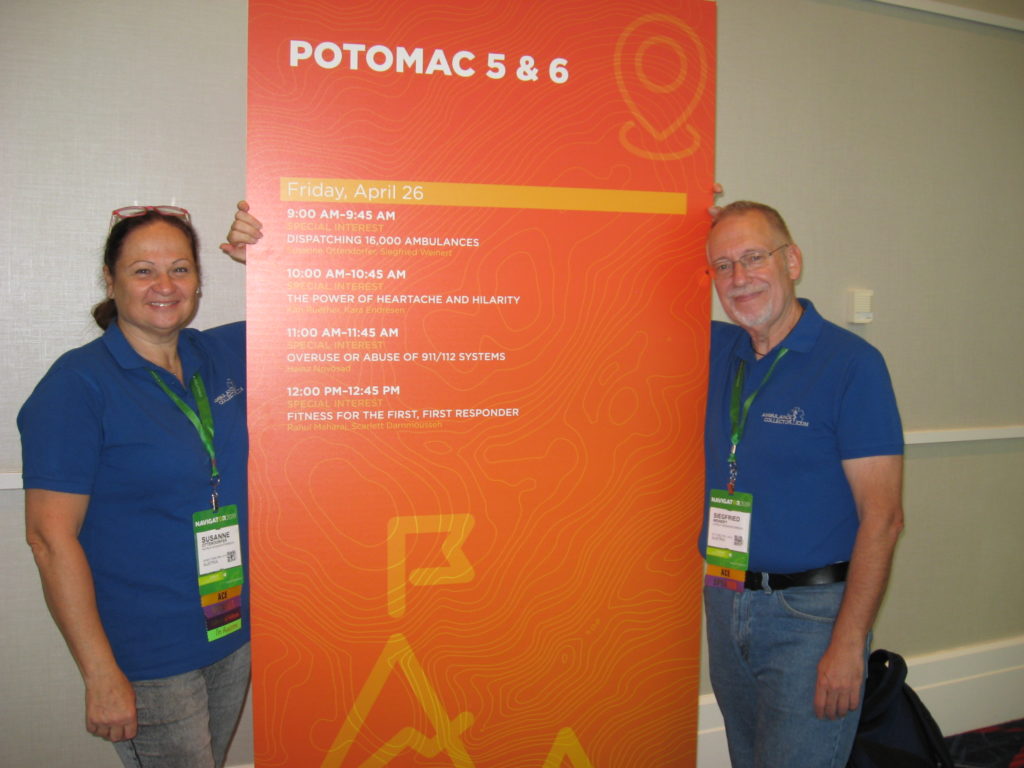 Their collection is an official Guinness World Book record holder (certified April 7, 2012, when the collection was at 10,648 models).

The ambulances are arranged by continent and country and manufacturer and measure 2 kilometers (1.2 miles) in length, if laid out in a straight line. Looking at the numbers in a different way, the straight line is more than 6.2 times the height of the Eiffel Tower (984 feet). They come in all dates and sizes (relatively speaking) and materials (such as wood, paper, cast iron, aluminum).

The collection does not run solely on wheels. There are ambulance-shaped squeaky toys, cookie cutters, promotional whiskey bottles, donkey- and camel-drawn models, and first-aid carrying bags. They collect while traveling—and they travel a lot—with an itinerary that highlights potential sellers and traders (swap meets, antique shops, toy stores, and secondhand stores). They also have friends worldwide who keep an eye out for toy ambulances not already on display in their four basement rooms with room-size glass display cases.

“They send us an email, messenger, or WhatsApp, and we check if we have that one or not,” Weinert said.

They catalog the ambulances, but they have no idea the worth of the collection, or what’s missing (unless it’s a model specifically sought). Some are rare, others are more readily available.

Ottendorfer said like any hobby, they find relaxation in the art of collecting, researching their finds, putting them on display, and talking about the different models.

The collection is also a reflection of their EMS profession. Ottendorfer is an emergency physician and heads the prehospital EMS department at the county hospital in Moedling. She is also medical director of 144 Notruf Niederösterreich, Lower Austria. Weinert works full time at 144 Notruf Niederösterreich - Backoffice (Special Projects) and has served as a volunteer paramedic with Austrian Red Cross for more than 30 years.

“We are all part of the universal EMS family,” Ottendorfer said.