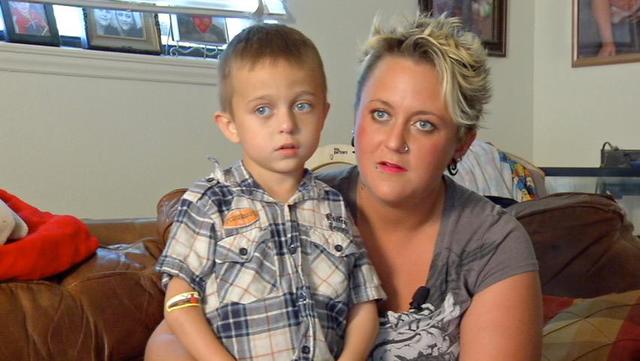 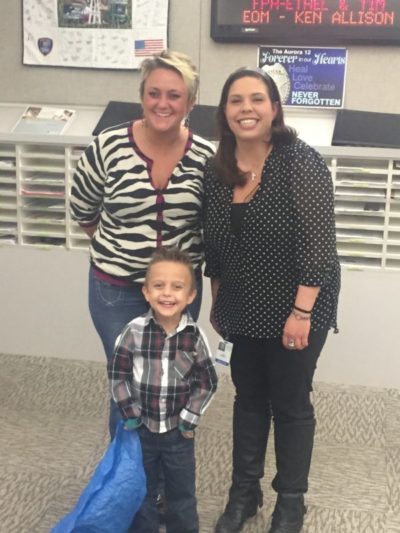 Aydhun Byars is anxious and disconnects the phone moments after contacting Aurora 911 Communications, Colo., and briefly describing his emergency.

“I don’t know what my mom is doing,” the frustrated 5-year-old tells EMD Sara Warwick. “But I need someone to help.”

Aydhun pushes the cellphone’s end button but picks up immediately when Warwick returns his call. She coaxes him to stay on the line and answer her questions.

He knows the name of their apartment complex but not the apartment number. He hesitates to look for the address on a piece of mail, and he doesn’t know his dad’s work number.

Aydhun was calling from a cellphone, and Warwick was able to pinpoint their location from latitude and longitude coordinates. Her requested Aurora City police, and ambulance response was on its way.

“I’m not tall enough to reach the doorknob,” he answers.

Aydhun’s mom, Tamara Gunderlock, has Type 1 diabetes and was in insulin shock. Her blood sugar had dropped dangerously low, and her body was no longer able to produce the fuel she needed to function. The paramedic, sensing the medical crisis, tested Gunderlock’s blood, and gave her an injection of glucose, reviving her immediately without further treatment necessary.

Two weeks after the call, a beaming Aydhun visited the communication center, hanging tight to his mom’s hand.

"He was so cute, and he listened to everything I asked him to do," Warwick said. "He was amazing on the phone."

The call was also impressive in other ways.

Arthrogryposis limits Aydhun’s dexterity. Stiff muscles at the joints of his wrists restrict their movement. He has trouble gripping objects. His small hands and wrist contracture makes it tough for him to manipulate a phone, push the right numbers, and hold the phone in place, although his grandma taught him how to use a cellphone. He and mom practice reciting their address.

Aydhun was scared. He can grasp the concepts of “today” and “yesterday,” but small increments of time confuse him, as they do most 5 year olds. He couldn’t tell Warwick how much time had passed since his mom stopped responding. He only knew that his mom was unable to answer his questions and would not wake up.

Aydhun may have been told that his mother has Type I diabetes, but at that age, telling that to a stranger over the phone might not have occurred to him.

Warwick went with the information she did receive and, considering the unknowns, she made several attempts to enlist Aydhun’s assistance in monitoring his mom’s condition. At one point during the 10-minute call, she asks him to say his mom’s name loudly. He follows instructions and mom does not respond. Again, at Warwick’s instruction, he corrals the family’s barking dog to make room for the paramedic arriving on scene.

Warwick, who is in her third year at Aurora 911 Communications, said helping people at any age through an emergency is reason enough to love the profession. Meeting the person behind the voice on the phone, however, is a rare and welcomed enhancement.

And as other 5 year olds might do in a similar situation, Aydhun delighted in the attention. However, for mom, it was a bit unnerving in retrospect.