Most Americans say they would like to see more women in top leadership positions.

But it’s not an easy climb. Men still have an easier path to the top, and women must do more by working harder to prove their worth. At least, these are the findings of a Pew Research Center survey focused on women in leadership.1 The nationally representative survey of 4,587 adults was conducted online June 19-July 2, 2018, with support from Pivotal Ventures, using Pew Research Center’s American Trends Panel.

Sara Weston, founder, 911der Women Inc., echoes the findings. Women do work harder to achieve similar goals and overcome obstacles, including societal norms that keep women in lesser positions.  “As women, we are up against many years of gender bias in our society,” Weston said. “Many women grew up seeing mostly men in leadership and women feeling like they need to act like men to achieve leadership positions. Even if we weren't explicitly taught that men are the leaders, that's what we have traditionally seen and continued the trend.”

The survey found that:

Still, there are areas where the public sees female leaders as having an advantage, although men still have the edge when it comes to going against the odds, according to the same survey2:

Although the public is skeptical that the country will ever achieve gender parity despite equitable talents and skills women and men bring to the workplace, the survey finds that overall, the public sees benefit to female leadership3:

While the survey concentrated on the business and political sectors, the findings also apply to women in a broader setting, including emergency communications.

Despite a profession dominated by women, leadership roles in the communication center are more prominent among men. A study specific to the advancement of women in emergency services finds that attaining leadership positions requires extensive networking, demonstrated stellar work ethic, volunteering for every opportunity, and the drive to go above and beyond what is required.4 These latter findings still hold, according to women interviewed for this article.

Moving beyond traditional roles and limited expectations in emergency communications takes talking about it and reviewing the way you think, Weston said. “Many times pointing out that the bias exists is one huge step toward changing people's minds and hearts. Talking about a woman's place in leadership can inspire and educate, but it's just one small step.”

Building confidence and charting equitable courses for women to expand and explore will compel the next generation to take even larger steps, Weston said.

“The path forward for us is learning from the women who are out there blazing the trail and reaching back to help others along,” Weston said. “As women in leadership roles, we need to use our voices to continue this conversation and mentor those around us. We can learn from each other by having conversations.”

The women leaders in emergency communication feature is not a battle of the sexes or a contest between genders to declare whether women or men are the best leaders. The women profiled achieved their positions through experience, networking, and discovering a passion for their profession. And as far as gender parity, these are women ascending the ladder, determined to assist other women in achieving their goals.

4 Cronen A. “Identifications of Challenges and Success Factors of Females Entering and Advancing in the Profession of Emergency Management.” Eastern Kentucky University. 2016; January. https://encompass.eku.edu/cgi/viewcontent.cgi?article=1352&context=etd (accessed Dec. 29, 2021). 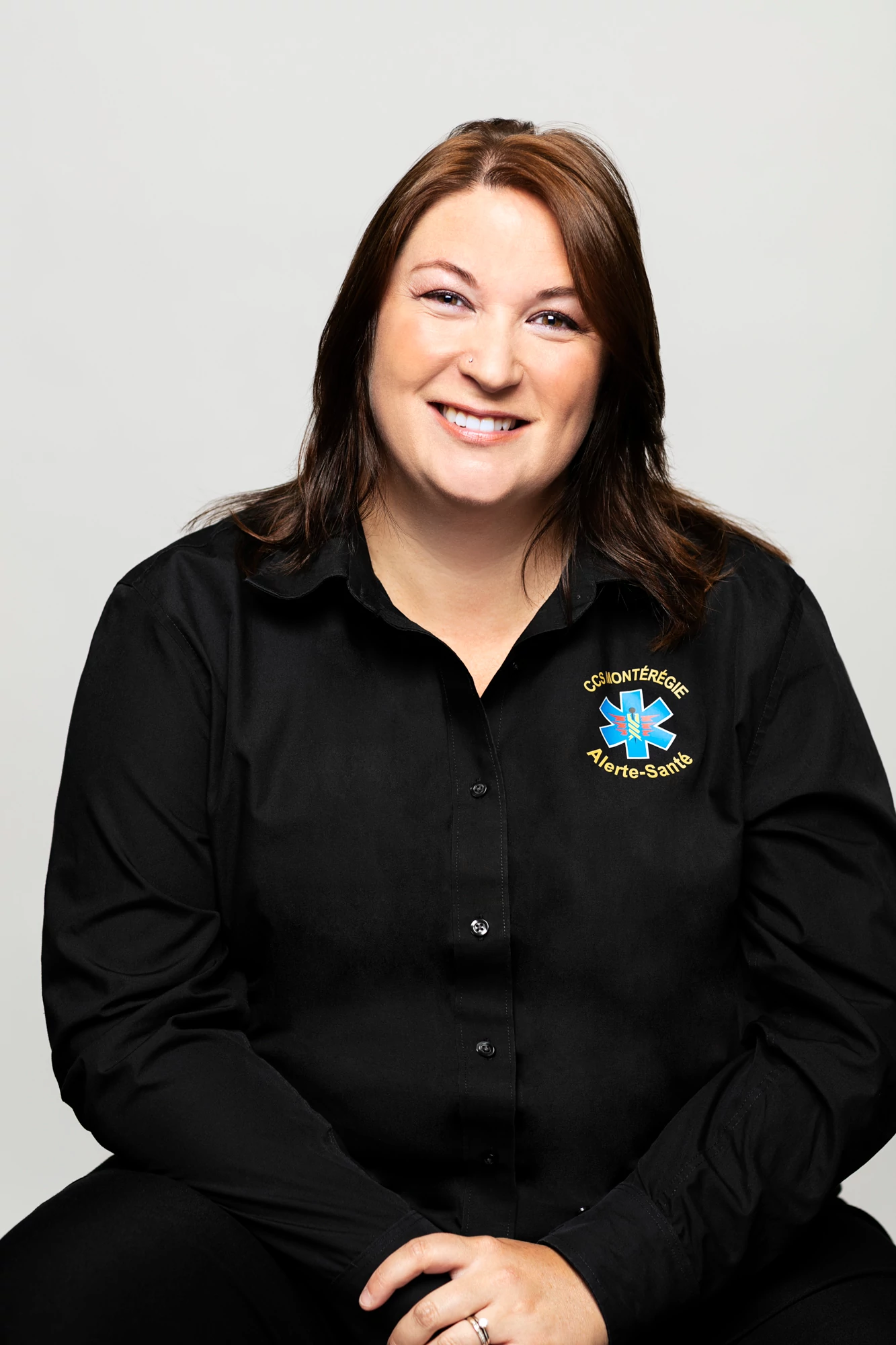 Claude Marie Hébert had found her career match but to advance, she had to decide whether to stay on the floor or accept a management role. She chose the latter. The transition was difficult because she liked working in the control room. She accepted a compromise. “I no longer had the direct contact [with the public], but I could extend the reach [of emergency communications] through connecting directly to the people I managed.” 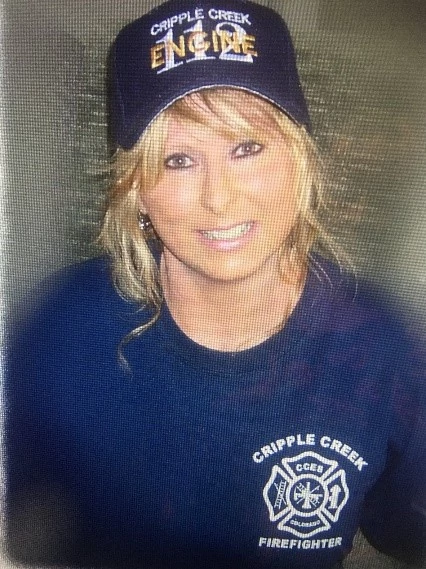 Nearly 40 years ago Diann Pritchard became the second woman to join a volunteer fire department. That first year was a real test. The first woman to join was the deputy chief’s wife, so they didn’t give her as many challenges as they did Pritchard. The two women had infiltrated the “boys club” and weren’t welcomed.  Pritchard endured. She became a lieutenant and held that position for 16 years. Pritchard is still proud of her single-bugle lapel pins and lieutenant badge. She finished her 23-year firefighter/EMT career with Cripple Creek’s volunteer division. Over the years, several women joined her first department and were a welcome and valued addition. 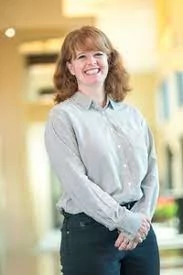 As PSAP manager, Jennifer Kirkland concentrates on “doing the best I can for the people entrusted to my leadership. I’m not there to tell them where they should go but to guide them in reaching goals they’ve set for themselves.” She no longer answers calls or dispatches response but is dedicated to helping others find their direction. “I am a force for good in the profession. I lead my team into the future and try to be ready for what comes down the pike.” 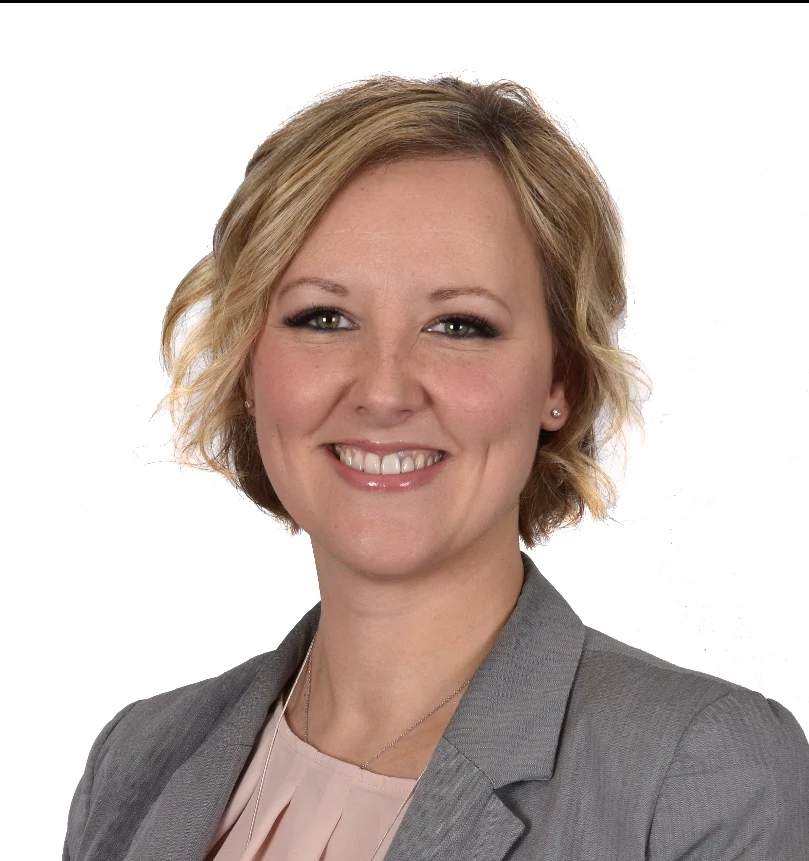 Joni Harvey attended conferences and workshops. She modeled the behavior of women she admired. The way they interacted with their audience. Delivering the message effectively. Voice tones and inflections and eye contact. At the end of the day, she wanted to be perceived as someone her team trusted to do the right thing. “That’s how future leaders are made. We succeed because of an incredible support network. It’s not about having all the answers or thinking that you do. It’s about finding the right answer and not the rush for a quick reply.” 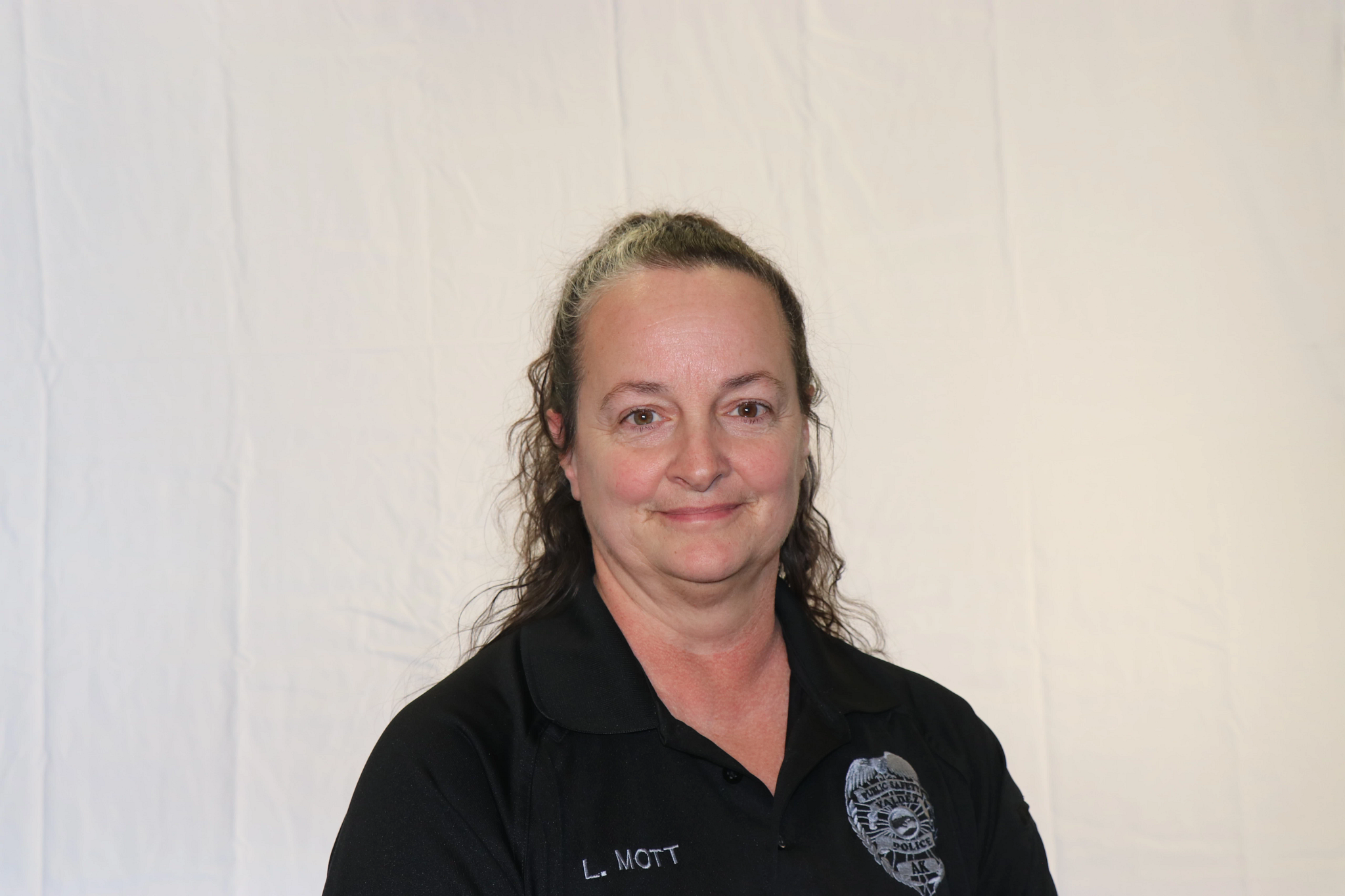 The door held wide open for her return to the Valdez Police Department 911 center coincided with the police chief’s decision to place the duty of jail custodian in the same job description as dispatch. The communication center is in the wing upstairs from the jail, and their proximity made it appear a logical move. It was up to Lorrie Mott to coalesce the two as part of her promotion to a supervisory position. The task was easier said than done. “The chief made the decision, and it was my responsibility to make it work.” She was able to do it the way she believed most effective and, in the process, developed greater confidence and inspired respect from achieving the goal. 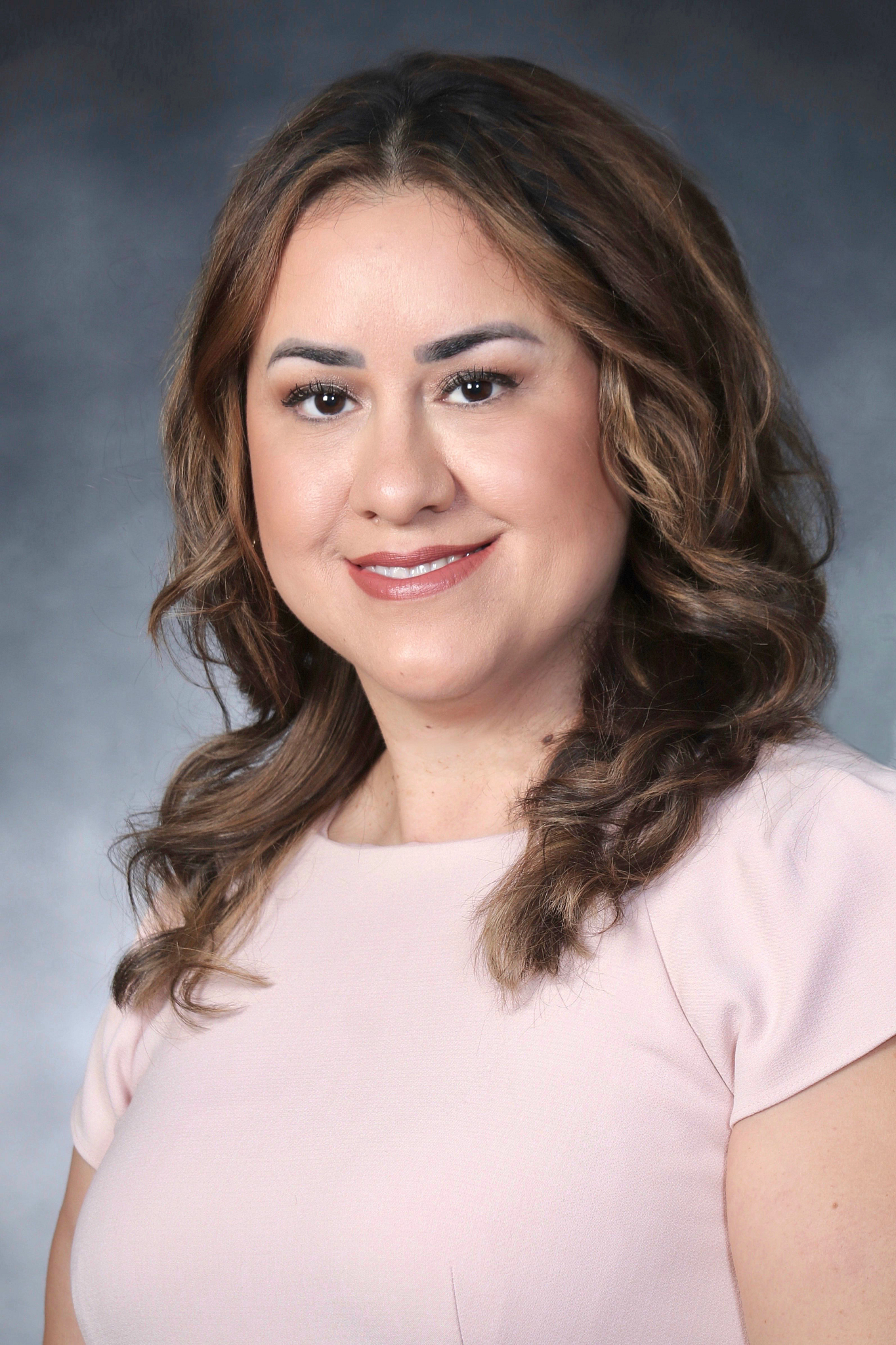 The drive was always there, but Rosa Ramos needed to carve her own path to reach her goal of influencing positive change. She turned her focus to modeling women in emergency communication leadership positions and sought role models to help her discover qualities she could apply to her own career. “They were dynamic. They acclimated to the change. They cultivated leaders and encouraged me to move forward.” The role model was her mother, who immigrated to this country seeking a better life for her children. “She was successful in her own way. Why chase a celebrity role model when you were raised by one?” 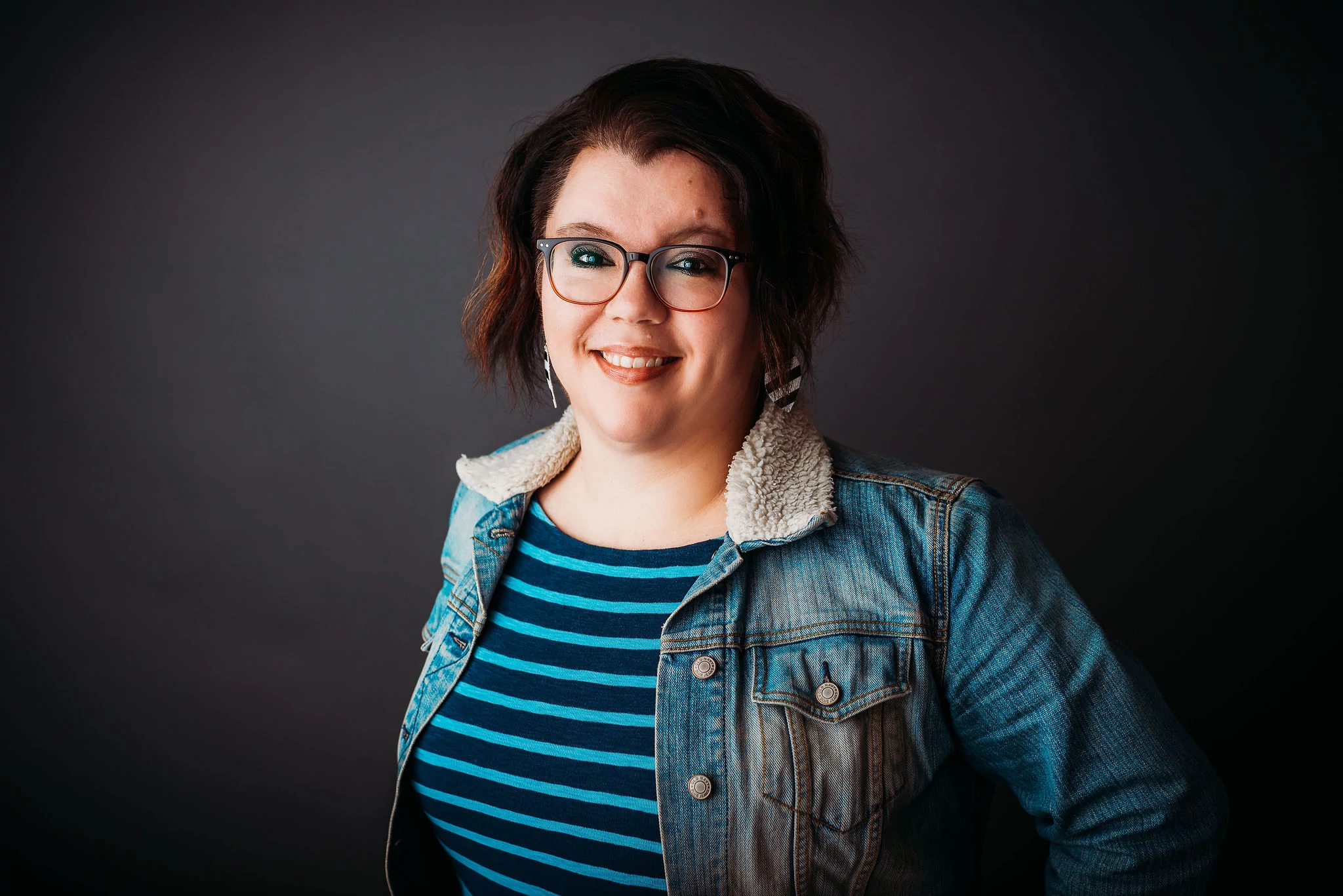 Roxanne Van Gundy said leadership is listening and providing the support her team needs, be it technology, compliance, resources to handle stress and rebound, and an open ear. She was instrumental in changing the Kansas Intrastate Emergency Mutual Aid Act to include 911 call center public safety telecommunicators. They are officially first responders in Kansas. The campaign took tenacity, Van Gundy said, as does achieving leadership in emergency communications. “When you’re a woman, you have to work harder to prove you will get things done. You must prove you are built tough enough to stick it out. You are not going to make everyone happy all the time. Tell me a leader who does.” 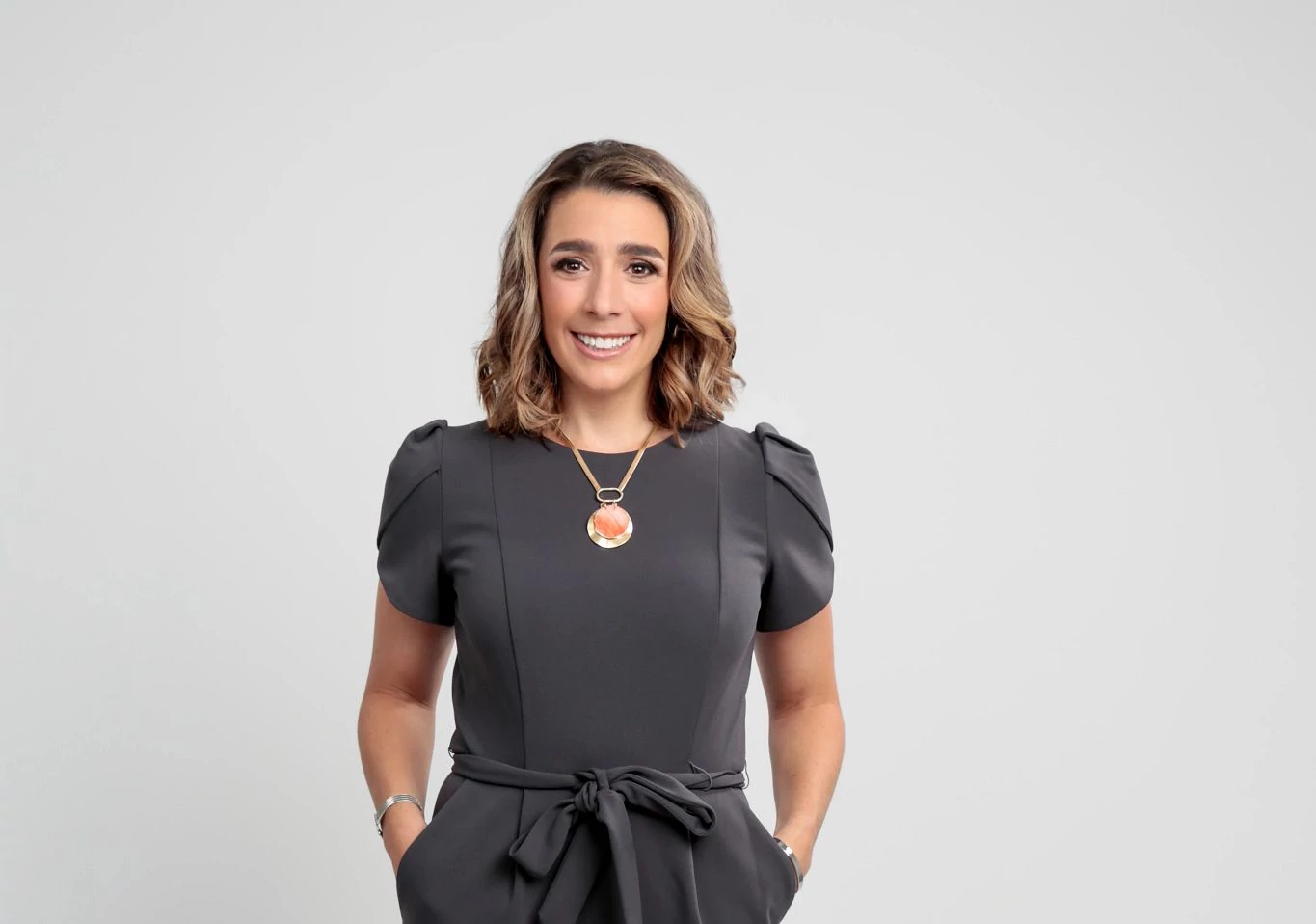 Sara Weston founded 911der (pronounced 9-1-Wonder) Women Inc., a nonprofit corporation. She and her board members give presentations, offer training workshops, hold fundraisers to support their work (including proceeds from the 911der Women T-shirts), and nurture the connections Weston envisioned. They are mentors. “Being part of the community provides strength. We listen and learn from one another. We are better together. We can aspire to that next level making a career out of a job.”

Staying in the communication center is not the choice every woman makes in her quest for leadership and greater responsibility, as highlighted in a webinar hosted by the National Emergency Number Association (NENA). The women featured chose to go into private industry from public service safety, although in positions complementing public emergency communications.

Mary Boyd, vice president of Regulatory Policy and External Affairs at Intrado, networked to expand her horizon. Beth English, training and QA/QI management with Commercial Electronics Corp., soaked up education and training. Lisa Dodson, 9-1-1 Next Generation Core Services (NGCS) Project Management Consultant, Motorola Solutions, cultivated relationships and mastered system change in the evolving Next Generation 911 platform. They each joined the National Emergency Number Association (NENA) and volunteered on committees and boards. No matter the avenue they chose, individually or collectively, each focused on the skills they believed necessary to move along the squares and maneuver from the public sector PSAP to private industry.