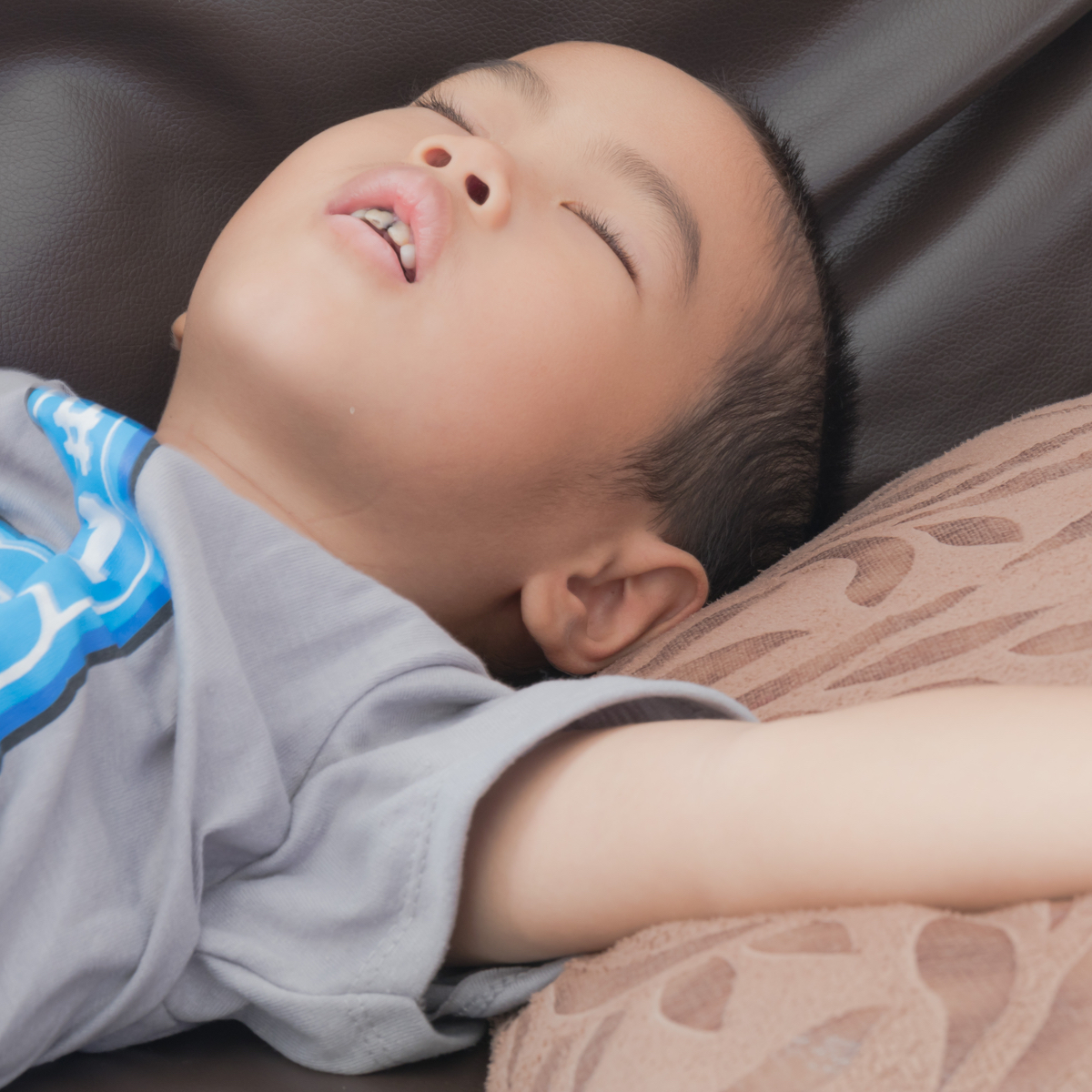 To Use Or Not To Use

The caller is frantic; there’s something wrong with his mother. She’s on the ground, unconscious, and she needs help immediately. After asking the other Case Entry Questions, you ask, “Is she breathing?” There is a pause. The response you get could be anything from “Yes” or “Uh, yeah, I think so” to “I’m not sure” or “No.”

In which situation should you use the Agonal Breathing Diagnostic Tool? If you aren’t sure, you aren’t alone. The name itself makes it sound like you should use it to confirm the presence of AGONAL BREATHING. However, Emergency Medical Dispatchers (EMDs) should only use it to confirm that a patient is breathing effectively. If there is any doubt as to the patient’s breathing status, you, the EMD, should supply hands-on-chest CPR instructions immediately.

Still have questions? That’s OK. This Medical CDE is dedicated to helping you understand the ins and outs of the Agonal Breathing Diagnostic Tool.

What is AGONAL BREATHING?

AGONAL BREATHING (sometimes called agonal respirations) falls under INEFFECTIVE BREATHING in the Case Entry Protocol. It is the result of a signal sent from lower brainstem neurons as higher centers become hypoxic (lacking in oxygen) during cardiac arrest.1 It’s a sign that the brain isn’t getting enough oxygen, and unless there’s external intervention, the patient will die.

To the layperson, AGONAL BREATHING can look and sound like effective breathing; the patient’s chest still moves up and down, and the patient makes gasping noises that can be interpreted as breathing. Other words associated with AGONAL BREATHING include gasping, gulping, gurgling, and making funny, strange, or peculiar noises.

All about the breathing

Pulse checks used to be part of CPR instructions and trainings—including those in the MPDS—until the American Heart Association (AHA) discovered in 2000 that laypersons were getting false positives; they were reporting their own pulse rate, not the patient’s.

In addition, Emergency Cardiovascular Care (ECC) Guidelines published by the AHA in 2000 stated that layperson rescuers were taking “far too much time” to perform a pulse check and that their results were “extremely inaccurate.”2

A new measure was necessary, and the AHA decided on “signs of circulation,” which comprise purposeful movement (goal-oriented activity, such as avoiding painful external stimuli) and breathing. In turn, the International Academies of Emergency Dispatch® (IAED™) developed a methodology focused on distinguishing between effective and INEFFECTIVE BREATHING in an unresponsive patient.

The definition of INEFFECTIVE BREATHING first appeared in MPDS version 11.0, released in 2000. It was attached to Case Entry and Protocol 9: Cardiac or Respiratory Arrest/Death, and the definition was essentially the same as the current one. AGONAL BREATHING was mentioned on the Additional Information section of Protocol 9, but it was not defined there, and there was no tool to help EMDs distinguish between agonal and effective breathing.

In the cardset, the instructions can be found on Case Entry, Protocol 9: Cardiac or Respiratory Arrest/Death, Protocol 12: Convulsions/Seizures, and Protocol 31: Unconscious/Fainting (Near) in the Additional Information section.

In ProQA, the instructions can be accessed by clicking on the red question mark icon. You can use the Agonal Breathing Diagnostic Tool at any point during questioning if you have reason to doubt the effectiveness of the patient’s breathing. When the tool is pulled up, you are told to read the instructions verbatim: “Okay. I want you to say ‘now’ every single time s/he takes a breath in, starting immediately.”

For both ProQA and the cardset you will check a maximum of four breaths so that three intervals are tested. The reason that three intervals between breaths are tested is because the Academy wants you to get the information (whether or not the patient is breathing effectively) as quickly as possible, but they also want enough data points to ensure that the data collected is valid. Any interval equal to or greater than eight seconds qualifies as agonal breathing, and you should begin CPR instructions immediately.

When NOT to use it

It cannot be overstated that the tool should be used to confirm that breathing is truly present rather than confirm ineffectiveness of breathing. Don’t waste valuable time second-guessing the caller’s report that the patient isn’t breathing effectively—get to hands-on-chest as soon as possible.

When to use it

The Agonal Breathing Diagnostic Tool is provided as a safety net on Protocol 12: Convulsions/Seizures. This is because some people in cardiac arrest experience seizures or convulsions, so some cardiac arrests may be reported by the caller as seizures. According to Rule 1 on Protocol 12, use of the detector is mandatory “after the jerking/twitching has stopped for all generalized (non-focal) seizure patients who are breathing or whose breathing is questionable.” Typical seizure patients will begin breathing normally after the convulsions stop, whereas patients in cardiac arrest will not: Their breathing will continue to get worse.

Use of the Agonal Breathing Diagnostic Tool helps to ensure that the patient is breathing effectively, rather than exhibiting INEFFECTIVE or AGONAL BREATHING.

The following are other instances in which the Agonal Breathing Diagnostic Tool should be used outside of mandated use with Protocol 12.

Usually the caller will say if an unresponsive patient is breathing ineffectively during Case Entry, in which case you would go to Protocol 9: Cardiac or Respiratory Arrest/Death (after dispatching the appropriate ECHO code).

The Agonal Breathing Diagnostic Tool will also be used on Protocol 31: Unconscious/Fainting (Near) if the patient is unconscious and if the caller answers “No” to Key Question 1 (“Is her/his breathing completely normal?”).

Scenario as a whole

Emergencies don’t happen in a vacuum, and to ignore the surrounding circumstances of a call is a grave error. EMDs need to be mindful of the situation as a whole. As Brett Patterson, IAED Chair of the Medical Council of Standards and Academics & Standards Associate, puts it, “EMDs are often so focused on protocol that they sometimes forget the scenario surrounding it.”

For example, as Patterson believes, it’s one thing if a patient gets hit on the head and goes unconscious; it’s another thing altogether if the patient appears to be fine one minute and then is unconscious the next, especially if the patient is elderly. In those situations, it’s much more likely to be a cardiac arrest case than not. In this case, even if the caller reports the patient is breathing effectively, you are justified in using the Agonal Breathing Diagnostic Tool to confirm.

It bears noting that the name of the Agonal Breathing Diagnostic Tool is changing in MPDS version 13.1 to “Breathing Verification Diagnostic.” Patterson believes that the current name might be partly to blame for the tool’s misuse: “The name ‘diagnostic tool’ implies that it should be used to diagnose agonal breathing rather than confirm that effective breathing is present.”

What happens if the caller reports the patient is breathing ineffectively, you provide CPR instructions, and it turns out that the patient was actually breathing effectively?

According to Greg Scott, IAED Operations Research Analyst, a patient’s rib could crack or break during chest compressions, but the risk is very low. The risk of the broken rib puncturing an internal organ, such as the spleen, and causing fatal internal bleeding is even lower than that. Err on the side of providing CPR instructions when the caller reports INEFFECTIVE BREATHING; don’t second-guess the caller.

Failing to maintain proper airway control is the main risk in performing CPR on an unresponsive but non-arrested patient. If the caller is too engrossed in giving chest compressions, the caller might neglect to make certain that the patient’s airway is clear. In an unconscious patient whose heart is beating, the airway is flaccid (weak and soft), which can cut off the flow of oxygen if not properly maintained by the caller.

What are the risks of using the Agonal Breathing Diagnostic Tool when the caller reports the patient is breathing effectively? The worst-case scenario would be if you used the Agonal Breathing Diagnostic Tool and discovered that the patient really is breathing effectively, which is pretty good as far as worst-case scenarios in dispatch go. The patient may still be unresponsive, but at least you know that she is getting oxygen.

“It’s OK to be wrong,” Patterson said. “It’s OK to assume they’re not breathing when they really are.”

If the caller begins chest compressions on a patient who is unconscious but actually has a pulse, the patient will react to the pressure by either moaning or moving, which will let the caller know that he is alive.

Patterson said, in this case, it’s better to believe that the caller’s report of INEFFECTIVE BREATHING is accurate and immediately proceed to CPR instructions.

Why use the Agonal Breathing Diagnostic Tool at all? Why not forego checking for AGONAL BREATHING altogether? What’s wrong with applying hands-on-chest as soon as any abnormal breathing is reported in an unresponsive patient?

There is some debate as to the necessity of determining whether or not a patient is actually in cardiac arrest before giving her CPR. A study conducted between 2004 and 2007 in King County, Washington, USA, analyzed the number of people receiving CPR to assess the risks of giving CPR to patients who are not in cardiac arrest.3 Of the 1,700 patients for whom dispatcher CPR instructions were initiated, 55 percent were in arrest, but 45 percent were not in arrest and did not require CPR. Of the 247 patients assessed in the study, 5 (2 percent) suffered a fracture due to compressions.

Scott said even though a very low percentage of the people who received CPR despite not needing it were actually injured by the chest compressions, that is not the aim of the Academy.

“Our goal is to be as accurate as we can,” he said. The MPDS strives to get the right help to the right people at the right time; giving CPR to someone who is unresponsive but not actually in arrest, while not deadly, is not ideal.

Dr. Jeff Clawson, the inventor of the MPDS, addressed the risk of fracture cited in the King County, Washington study in an Ask Doc column in the Journal4:

On the surface, this seems an insignificant number, unless you are one of the five. However, the MPDS is used in over 3,500 communication centers worldwide and literally affects millions of patients. A standard practice of performing unnecessary compressions on roughly 50% of unconscious, abnormally breathing patients has the potential to cause tens of thousands of fractures, and millions over a relatively short period of time. This hardly equates to “Do no harm.”