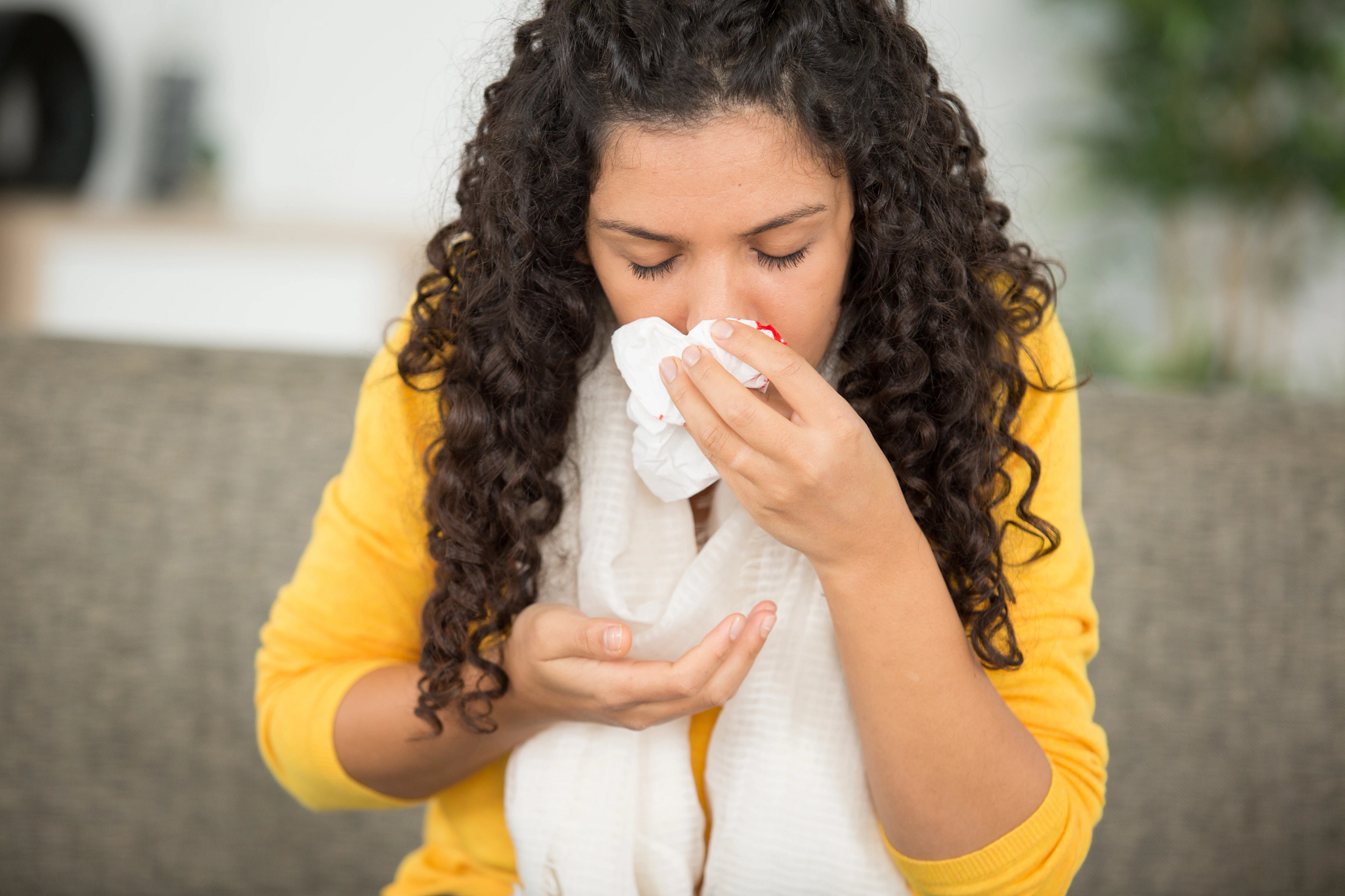 Don't call me unless there’s blood” is something my mom would jokingly say anytime my siblings and I got into a scuffle withone another. She was a nurse and no injury we brought to her seemed to ruffle her, even the bloodiest ones. I once watched her inspect a gash on my younger brother’s head (courtesy of a big sharp rock thrown by another brother) only to shrug and close the gash by tying some of his hairs together.If emergency dispatch had a motto, “Don’t call unless there’s blood” would NOT be a good choice, even as a joke. Among other reasons, the severity of an injury’s bleeding doesn’t always indicate the severity of the injury itself. If someone hits their head quite hard, there’s a chance of concussion (which is serious) even if the wound never bleeds. That’s why the protocol has you ask about the patient’s alertness and breathing in the Case Entry Questions rather than if there's blood. A patient's alertness and breathing—or lack thereof—are much better indicators that something’s wrong in their body.

You are inevitably going to run into different kinds of bleeding calls during your career as an Emergency Medical Dispatcher (EMD). Most calls involving bleeding as the main reason the caller is seeking help will be triaged using Medical Priority Dispatch System™ (MPDS®) Protocol 21: Hemorrhage (Bleeding)/ Lacerations. This CDE article will cover the basics of blood and give you some tips for handling blood-related calls that don’t happen every day.

Veins and arteries are the highways of the body. Through them, the heart and lungs are able to ship blood (and the oxygen inside the blood) to the far reaches of your toes and the top of your head, and everywhere in between. And, as with highways, if there’s any type of disruption, there’s not only going to be a problem at the site of the wreck or road closure, there will also be problems at the end of the line, too. The closer a problem is to a major highway, like the arteries in the head and neck, the quicker help needs to intervene. In all cases involving bleeding, be extra alert for the patient’s level of consciousness/alertness. When you start losing blood, the overall volume of blood you have goes down, and since blood takes oxygen to your brain, which controls pretty much everything, you’re getting less oxygen there as well. All this to say, if you lose enough blood, you will have an altered level of consciousness. A reminder: This does not just mean that the patient is passed out. This can also mean that they are responding inappropriately to their surroundings—garbled speech, dizziness, etc. Calls involving patients that have been arrested are unconscious, are not alert, and/or have abnormal breathing will all be handled on the DELTA level.

What happens if the patient has blood coming out of them with no external injury at all? This should be classified as non-traumatic bleeding, and depending on where the blood’s coming from, it varies in severity. Coughing up blood, rectal bleeding, and vomiting blood are all indications that something has gone wrong internally and should be addressed as soon as possible. The location of the bleeding in those cases means that they are at least POSSIBLY DANGEROUS Hemorrhages; whether or not they will be processed as DANGEROUS Hemorrhages depends on how the caller describes the bleeding. A SERIOUS Hemorrhage is “Uncontrolled bleeding (spurting or pouring) from any area or anytime a caller reports ‘serious’ bleeding.” Other words the caller might use are “copious, profuse, [or] flowing.” DANGEROUS Hemorrhage situations will be triaged on the DELTA level as well.

There are parts of the body that, if bleeding, will automatically qualify the caller for a DANGEROUS Hemorrhage classification. Bleeding from the armpit, groin, and neck will always be triaged as a DANGEROUS Hemorrhage because they are so close to major arteries and veins.If the patient is bleeding from an unknown location,  it should be considered a POSSIBLY DANGEROUS Hemorrhage by default. You might not think that nosebleeds fall under “unusual” bleeding circumstances. Non-traumatic nosebleeds are pretty common and can be caused by anything from a dry climate to irritation from chemicals. Hardly a DANGEROUS Hemorrhage situation. Most nosebleeds stop of their own accord (or with help) in 15 to 20 minutes at most. In some situations, however, the patient could have a nosebleed that’s more serious. A posterior nosebleed is less common than the standard kind and starts in the back of your nose. People at risk of getting posterior nosebleeds are people with high blood pressure, elderly people, and people on blood thinners. If the patient is bleeding so much that they’re having difficulty breathing or are coughing up blood, that ought to take priority.

“You don’t just stop the questioning when the caller says it’s a nosebleed,” said Greg Scott, the IAED’s Associate Director of Protocol Evolution. “Be open to the possibility that it could be more serious. Keep asking questions.” Bleeding through and around foreign objects

A question we get a lot at the Academy is what to do when there’s bleeding and the patient has some kind of surgical tube insertion, like a feeding tube, a chest tube, or a central IV tube. A good rule of thumb is to focus on WHERE the blood is. If they’re hemorrhaging THROUGH the tubes (which connect the patient’s inside and outside), it’s an indication of internal bleeding, which is serious. One example is blood coming through a colostomy tube. A colostomy tube is used for people whose digestive tracts aren’t functioning, so it helps move the refuse out of the body.

Blood coming from anywhere inside the body other than veins or arteries means that something is wrong. Therefore, a call about blood coming through a colostomy tube (or other types of the medical tube) will be processed using 21-C-1 Hemorrhage through TUBES. If they’re bleeding AROUND the tube’s insertion site, it’s external bleeding, which is less severe. Bleeding around the insertion site can be a product of the skin getting irritated or being jostled around, which requires much less attention than a perforated bowel or an actively bleeding stomach ulcer.

One exception to the idea that a hemorrhage through tubes is always severe is when there’s blood mixed with urine coming through a catheter. Although similar to a colostomy tube, blood coming through a catheter can indicate a urinary tract infection (which is bad but not severe) or a kidney stone (ditto) and, if the case is non-traumatic, it falls under NOT DANGEROUS Hemorrhage. Speaking of surgery, one of the examples given for DANGEROUS Hemorrhage in the MPDS is postoperative oral-pharyngeal bleeding, which is just the medical way to say bleeding that happens at the site of a tonsillectomy (tonsil removal). Because there are heavy-duty veins and arteries in your esophagus and larynx, any throat bleeding—especially on the inside— has the chance to become severe if not attended to quickly.

Another question we get a lot is what to do in the case of a pregnant patient who is also bleeding. As ever, the “Tell me exactly what happened” step is crucial here. Is the patient bleeding from the vaginal area? Is the main concern a nosebleed? Use your critical thinking skills. If the patient is having a postpartum hemorrhage only—the baby was born, the placenta was delivered, and there were no complications with the baby—it should be handled on Protocol 21: Hemorrhage (Bleeding)/Lacerations. Any other pregnancy- or reproductive-organ-related concerns should be handled on Protocol 24: Pregnancy/Childbirth/Miscarriage.