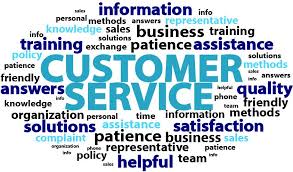 People’s resilience in the face of crisis never fails to impress me. On a hot July day last year, while returning to the airport from a training course in Miami, Florida (USA), the Metrorail train I was riding lost power and stopped moving. We were on an elevated section of track between stations, so exiting the train wasn’t an option.

For the first 30 minutes or so, everyone sat patiently waiting for the train to move. Even after an hour, there was only moderate complaining. But after multiple failures to send another train to push, pull, or otherwise rescue our train, a few passengers’ talk turned to emergency services. One woman stated that we should call 911 (the emergency number in North America). Now one thing I’m not very good at is staying out of conversations like this, so I joined in. It went something like this:

Me: “The fire department will not come just because you call 911. Right now there is no emergency, and no one is in distress.”

Passenger: “They have to come. This IS an emergency.”

Me: “No, ma’am, it’s not. We’re not in any danger, you’re only being inconvenienced right now, as am I. And as much as I would like to get out of here too, the fire department will not bring their ladder trucks and rescue us just because the train isn’t moving.” (And then, because I had managed to remain in such a good humor so far, I was accused of not caring. I guess that’s the price I pay for being an eternal optimist.)

Anyone who’s ever worked as an emergency dispatcher knows that people in crisis can be impatient and demanding. Some callers have no concept of response time or distance when they insist we help them now. Fortunately, the more widespread the crisis, the less likely people are to think of themselves. When a tropical storm has dumped 10 or more inches of rain in our area overnight minor flooding is common, and we’ve had lists of upward of a hundred homes in a single town that the fire department needs to respond to. Almost without exception no one calls to complain when it takes a day or more to get to them.

Some complain about situations that we can’t do anything about. In the first week of April 2019 the Pine Barrens in the southern part of my state (New Jersey, USA) experienced a wildfire that consumed over 11,000 acres. The smoke from that could be smelled outside my dispatch center over 70 miles away. One man called to complain about the poor air quality, saying it was unacceptable since his son had asthma. The supervisor to whom the call was transferred to politely suggested that if staying indoors wasn’t a solution, they should consider temporarily relocating somewhere far enough away where the air was better.

Most callers aren’t that extreme in what they expect us to do for them. Most of the time they’re simply focused so much on their problem that they fail to realize that many others are experiencing the same issue. Our job isn’t to reprimand or scold them for calling, and yet that happens all too often. It’s not necessary or appropriate.

Explaining why the fire department can’t respond, or respond right away, should be done with as much customer service as anything else. A truly versatile dispatcher can do that. Often it takes no more than remembering that your caller is probably a nice person who’s just having a really bad day. Be kind and be patient—and remember that at the end of your shift, you get to walk away from it all.