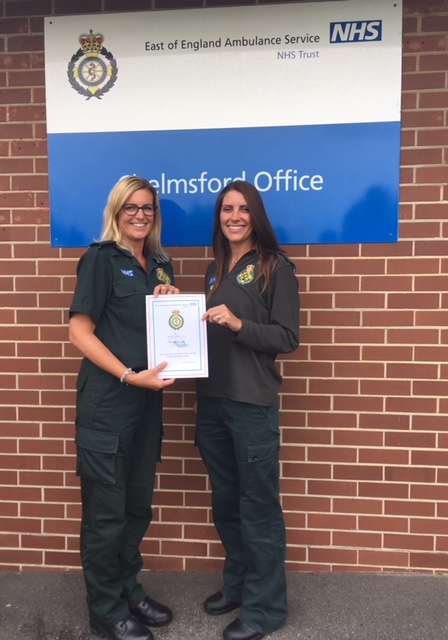 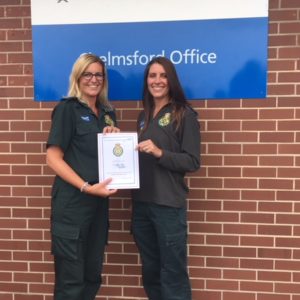 Just because EMD Sarah French didn’t get the sense of hope she might have wanted from the caller, it didn’t mean she was going to provide help any differently.

After all, French wasn’t about to throw out the baby with the bathwater.

“It was an awful situation for the mum to be in,” said French, Emergency Operations Center (EOC) East of England Ambulance Service NHS Trust. “She was very upset. She didn’t want to have the baby.”

The woman had called 999 to report that she was feeling cramps similar to those experienced when her two children were born. The woman was living in a hostel, and she was alone in a room behind a closed door. She hadn’t known she was pregnant and, if she was, she didn’t want to keep the baby.

It was a consequence she could not bear—keeping the baby—considering the fate of two earlier children. As she told French during the call, both had been taken away from her.

The story doesn’t get any better, at least for a time.

The woman was pregnant, and the baby she delivered five minutes into the call wasn’t breathing. French coaxed her to provide CPR for the good of the baby. The woman complied, and the baby started breathing on its own. The woman, then, mentioned that she was bleeding heavily. She refused to nurse the baby (to release hormones that would help the bleeding stop), as French advised using the Childbirth-Delivery PAIs. French offered an alternative (Panel 39), and the woman did as instructed.

The baby and mother survived.

Not only was the call a bit out of the ordinary, but French’s response to the situation was remarkable, said Helen Williams, EOC Audit Lead, East of England Ambulance Service.

“This was quite a distressing situation, and there were so many extra elements involved,” Williams said. “The number of PAIs Sarah used was outstanding, and she remained completely calm the entire time she was on the call.”

There was also the element of convincing the woman to save the baby (CPR) and to save herself (heavy bleeding). French never let her bias show, whether about the woman claiming she was unaware of the pregnancy or withholding care due to fear of what she believed inevitable.

“I did what I could to help,” said French, who also mentors emergency dispatchers at the EOC. “I encouraged her to do her best while the baby was there with her.” 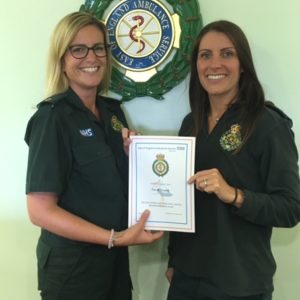 Women not recognizing or accepting they’re going to have a baby, a condition called denied pregnancy, happens often, relatively speaking. A few studies have estimated that one in 400 or 500 women are 20 weeks, or about five months, into their pregnancy before they realize they are with child.1

And, besides that, emergency dispatchers aren’t ones to judge when on the job.

“Once the call was finished, I knew I had made a difference,” French said. “The outcome was good.”

French decided to give the profession a try 10 years ago. She wasn’t sure what she was getting into, and 10 years later, the profession is still exceeding expectations. French likes the unexpected and having the protocol to guide her through any situation. No call is exactly the same as the previous one, and it doesn’t take a lifesaving PAI to provide “job satisfaction.”

“We do make a difference for people, but it’s not only when something major happens,” she said. “We’re also on the other end of the phone when a caller needs someone to be with.”

Williams said the story could have a much different ending.

“Without Sarah’s help, there’s a good chance the baby wouldn’t be here,” Williams said. “It shows the amazing effect we have on other people’s lives.”