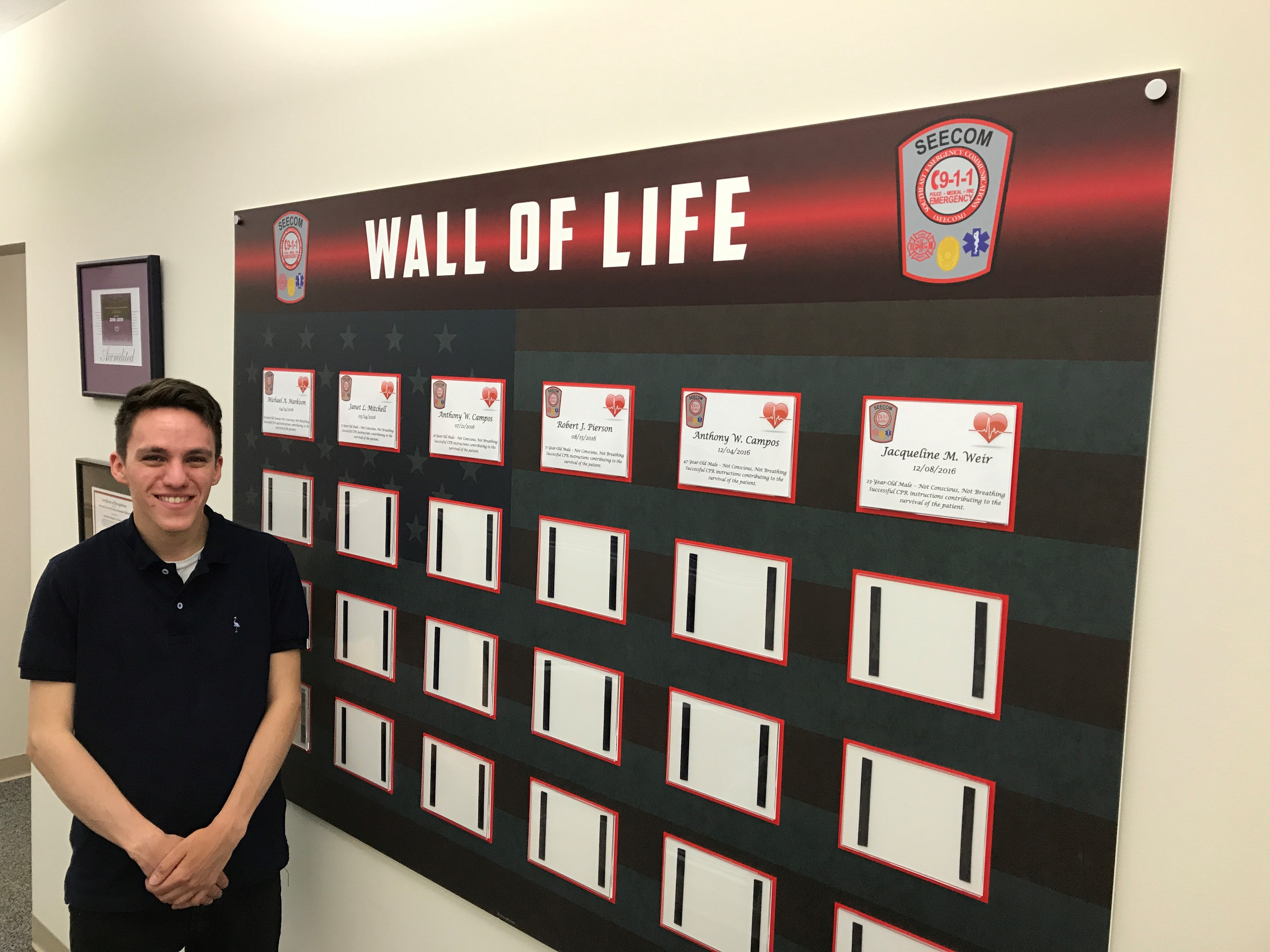 Getting your name posted on the Southeast Emergency Communications (SEECOM) Wall of Life for helping someone in distress is a great honor, but meeting the people connected by way of a 911 call? Well, that just makes a good thing even better.

“There were more tears than anything,” said EMD Tony Campos describing the recognition hosted by Algonquin-Lake in the Hills Fire Department Chief Peter Van Dorpe, honoring the fire and EMS personnel arriving on scene to assist a man in cardiac arrest. “I felt great being there.”

On April 9, 2017, Campos, police/fire/EMD consolidated center in Crystal Lake, Illinois (USA), answered a call he knew from the start was serious. This was not someone calling about a minor dog bite or swimmer’s ear.

“I remember picking up the phone and listening to her [the caller’s] first words,” he said. “The sound of her voice told me right off that she needed help now.”

The caller had found her father slumped in a chair. He was “100 percent” unresponsive, she told Campos, and she was the only one home able to help. Her mother was out for the evening.

Getting her father to the floor was the first step. She hesitated.

“She didn’t think she could,” Campos said.

She checked her father’s airway and his breathing. Campos told her to “listen carefully” to Medical Priority Dispatch System™ (MPDS®) CPR instructions for chest compressions. She was hesitant. She had never administered CPR.

He reassured her. She put her hands to her father’s chest and started pumping.

“She stayed with me,” Campos said.

The father was breathing by the time the Algonquin-Lake in the Hills Fire Department ambulance was at their door. Campos doesn’t remember the amount of time between starting compressions and fire rescue arriving. Time isn’t a factor, he said, when “you’re giving it everything you got.”

The call ended, and Campos went on to the next. The call stayed with him—he has a growing reputation for giving successful high-performance CPR instructions—and within the week he was told the patient was in the hospital and doing well. Campos and SEECOM Deputy Director Don Burr attended the honorary presentation, and that’s where they met the daughter and her mother.

Campos stood in awe. This was the first time he had met anyone associated with his calls, and here they were “in tears” expressing gratitude for the life-saving efforts provided.

Back at the center, a third recognition will be added to the Wall of Life in Campos’ name. The wall has been up for a year to recognize employees who have taken part in a successful outcome due to lifesaving instructions. There are six recognitions posted, and the wall was placed in an area open to public viewing.

“Each opportunity I can make a difference is wonderful,” Campos said.