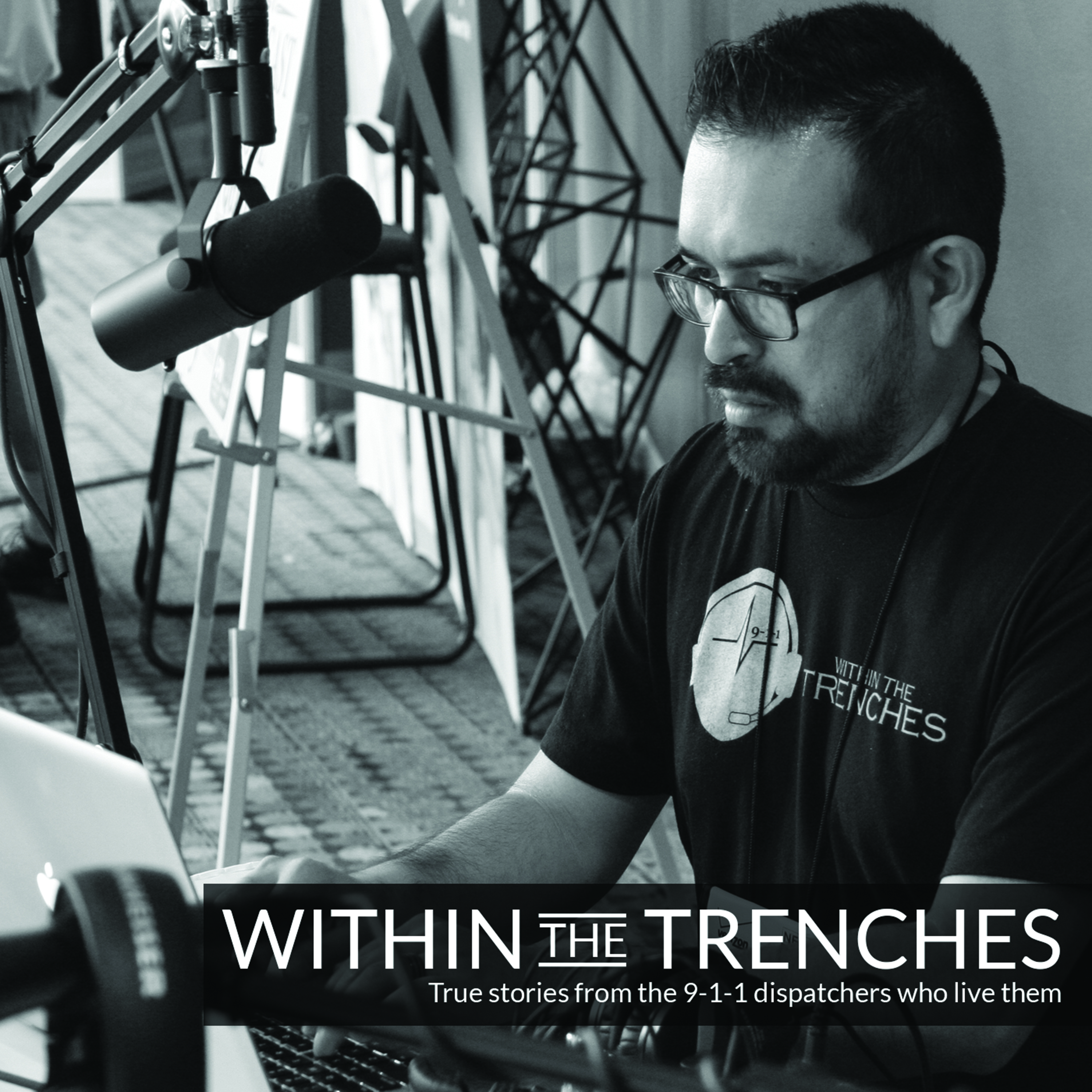 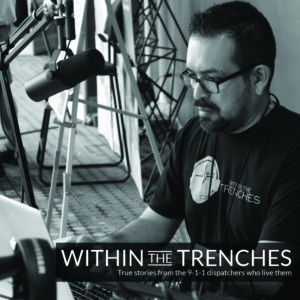 Editor’s Note: Ricardo Martinez II is a former dispatcher and the creator and host of the popular “Within the Trenches Podcast.” His guests are dispatchers who tell their stories in a laid-back, fireside chat format. In February, WTTP hit a milestone of 200,000 downloads. Ricardo’s #IAM911 movement in August to support dispatchers and tell their stories on social media drew a worldwide following, including 40 million people reached on Facebook. The Indiana native and his wife have four children, and he is the marketing manager for INdigital. Ricardo will be a guest at NAVIGATOR 2017 in April, where he will record a WTTP episode and present the session “Keep Broadcasting Your Message” on Friday, April 14. Check out Ricardo’s Within The Trenches Podcast at http://www.thejabberlog.com/. Read the interview in its entirety at https://iaedjournal.org.

My overall emergency dispatch experience was a good one. I very much enjoyed that I was able to not only help the public but those out in the field. Nothing was the same. I mean, the call types were similar; however, the situations were always different. It kept me on my toes, and I loved it. There is nothing like working a high-priority complaint and your entire team is working like a well-oiled machine. The camaraderie alone in public safety is amazing. They will always be my family. The challenging part of my emergency dispatch experience involved the calls I took. Although I enjoyed it, it took me using every resource to complete a call. Now, this wasn’t all of the time, but the more complex calls took many resources. When you receive a call and all you hear is background noise, you have to listen close for clues as to what is going on there. If you have a suicidal caller on a cellphone and you lose them, you call them back, but if they don’t answer then you have to start trying to ping their location. There are many things that have to be done, and it’s challenging, but it’s something I loved doing.

Tell us about one of your best calls. 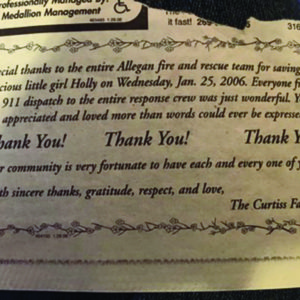 One of my best calls involved a little girl who had slid onto the ice. I received a call from a frantic mother who, after trying to calm her several times, told me that her daughter was sledding and ended up in the middle of their pond. The mother said it was thin ice, and she was afraid that it would crack and her daughter would fall in. I was able to keep her calm and get units headed out. She listened and did everything I asked. In the end, she thanked me, and the units on the scene were able to retrieve the little girl without the ice breaking. About a week later, my supervisor at the time was reading the local newspaper, and she yelled out, “Who took this call?” I asked, “What call?” and my supervisor read an announcement from the paper thanking dispatch and the public safety units who assisted in saving her daughter. It was a very proud moment for me, and I will never forget it.

What’s a typical Within the Trenches Podcast episode like? How much of your personality comes out in the podcasts?

A typical episode runs from 30 minutes to an hour. The episodes are primarily dispatch stories where I will interview a dispatcher and have them share their story. I want to know how they got into this line of work, why they do it, what it has been like for them, their first call, best call, and worst call. The rest of my questions are based on what they are talking about at the time.

I also like a longer show because the guest gets comfortable and will talk and tell more stories. I find these stories fascinating, and since I come from the same background, I can relate by sharing my own experiences. I don’t ever edit anything unless someone tells me to because I want the interview to be as real as possible. If you edit and cut too much, it no longer sounds natural.

My personality? Well, hmm … yeah, it’s all me. I’m a sarcastic goof who likes to laugh and tell stories. I know when to be professional, and when a hard story is being told I listen and respond, but when you hear me laugh or make a dark humor crack, that’s me. You hear even more of my personality come out in the episodes where I am playing outrageous 911 tapes. In the end though, if I wasn’t myself I don’t think people would listen. There is no point in being fake. Dispatchers will call you out on that quick, eat you up, and spit you out.

To what do you attribute Within the Trenches’ success? Why do the podcasts resonate so much with dispatchers?

We as humans are naturally curious. When we see a news story, we want to hear all of the details because we are curious. When a 911 tape is offered, people listen, and in that sense, the podcast offers a deeper look into what happens during an emergency. The voices they hear on the podcast are just what the tagline says, it’s the voice of the 911 dispatcher who lived through the story they are sharing. Listeners are also learning, and now they know why they are put on hold when calling 911 or why they are asked so many questions.

As for those in the profession, I feel as though they want to learn from others they can relate to. I have received messages from dispatchers who have said that they are in training and have dealt with certain calls and felt as though they were not going to make it. But in listening to the podcast, they realize that they are not alone. Others are dealing with similar situations, and they find it comforting. Following the stories, is education. People don’t know this but the training that some dispatchers get is provided to them only because their center can afford it. If the center can’t afford it, they don’t get the training or continuing education. I often have trainers or training companies come on the show to provide techniques and stories. It’s free training for dispatchers and advertising for the company. It’s a win-win.

You’re doing lots of other projects to elevate dispatchers and the profession. Why are you so driven to help your fellow dispatchers?

Coming from dispatch I noticed that we were not always treated well. We are left out of debriefings and ridiculed on the phone; it’s tough. Now, by no means am I looking for a pat on the back. I know it’s a thankless job but sometimes … sometimes we just need to know we are appreciated and that our story matters. At one time, I fell into a slump, and I loved what I did, but I hated coming into work. Morale was down; I was a grumpy person, and that’s just not me. I found my passion for 911 again when I started working on these projects. The blog, the video, writing, speaking, and finally, the podcast lit a fire under me, and I wanted to make a difference. I wanted to leave a mark on the industry by sharing the stories of those I relate to most—the Thin Gold Line. I bleed for this industry, and most of all I wanted to help people understand what 911 is all about and that the people answering their phone calls have feelings too. They are not drones. Dispatchers are right there with them, but they have to remain calm, and they do. They are damn good at what they do, and I wanted to make it known.