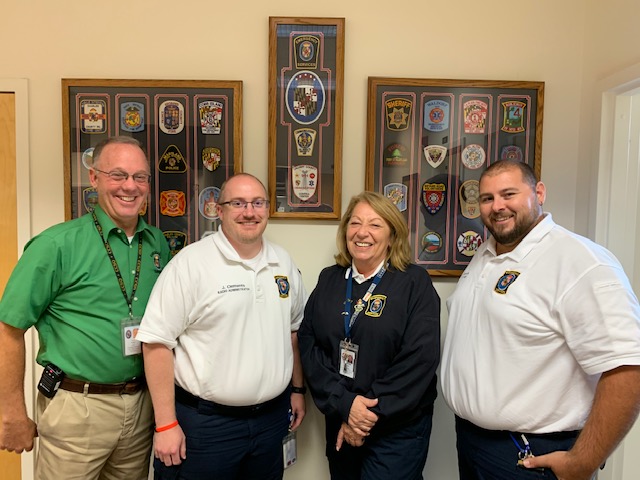 Tomorrow Is Never A Day Away

Tomorrow is not a word you often hear at Charles County 911/Fire & EMS Public Safety Communications Center (PSCC), La Plata, Maryland (USA), at least in the context of procrastination.

And that’s an understatement.

The PSCC is all over “tomorrow” in the sense of being ahead of the curve, looking into future possibilities, and planning an emergency communications system to accommodate its burgeoning population and keep pace with what appears to be a very busy place to live in the south central part of the state (if the county’s monthly calendar is any indication).

This special day, set aside in the interest of promoting community awareness, reflects the dedication of emergency response and emergency communication staff to serving the community in all settings. Charles County's 9-1-1 and Public Safety Communications Chief Tony Rose wants his communication staff ready for anything, and when the going gets tough, he and his administrators are in for the repairs.

“I want my staff to be like a Swiss Army knife, prepared for anything,” said Rose, who started his Charles County public safety career in emergency dispatch more than 40 years ago. “No matter the situation, there’s something everyone can bring to the table.”

Rose is like the knife’s main spearpoint blade. He points staff in the direction of the future. He is chair of the 9-1-1 Directors Committee at the Metropolitan Washington Council of Government (COG), which brings 911 leaders together to share best practices and, overall, plan the tomorrows of NG911 (things like regional interoperability and disaster pre-planning). He is also a governor appointee to the Commission to Advance NG911 Across Maryland.

As chief, Rose oversaw the center’s recent $4.6 million technology refresh and, in a nutshell, relishes anything that presents a challenge.

“We thrive on challenges,” said Antonella “Toni” M. Volpe, Support Service Captain. “We say, ‘We could be the first,’ and Chief Rose is right there.”

The false alarm reduction program established by ordinance in 1998 is a prime example. At that time, Charles County police, fire, and emergency medical services were responding to more than 8,000 false alarms each year and, in doing so, wasting an estimated 4,000 emergency personnel hours and many thousands of dollars annually. The program—a predecessor to the national False Alarm Reduction Unit (FARU)—requires annual registration of business and residential alarm systems and imposes fines against repeat false alarm offenders.

The program is a success. Over the past 10 years (the current long-term data), Volpe said, the false alarm rate (number of false alarms per alarm user) has decreased by 41%.

Charles County has an area of 643 square miles and is surrounded on three sides by water. The communication center provides the county’s EMS and fire dispatch and dispatch for the sheriff’s office. The 40 emergency dispatchers handle an annual volume of 72,000 calls to 911 plus administrative calls, animal control, air evacuation, and, on occasion, emergency response assistance to neighboring jurisdictions. They provide backup for the U.S. Coast Guard and answer a fair share of shipping calls.

The center they’ve occupied since 2004 underwent a $4.6 million “refresh” completed in March 2019 to accommodate technical requirements of the NG911 platform (e.g., new computer systems, phone systems, and wiring), and compatible furniture and fixtures. Space was reconfigured to increase dispatcher positions (from 12 to 18). They are replacing the legacy 911 call delivery network with an Emergency Services IP Network (ESInet) and Next Generation 9-1-1 Core Services and are involved in a three-year process to improve interoperability with neighboring response partners in Maryland and the region. 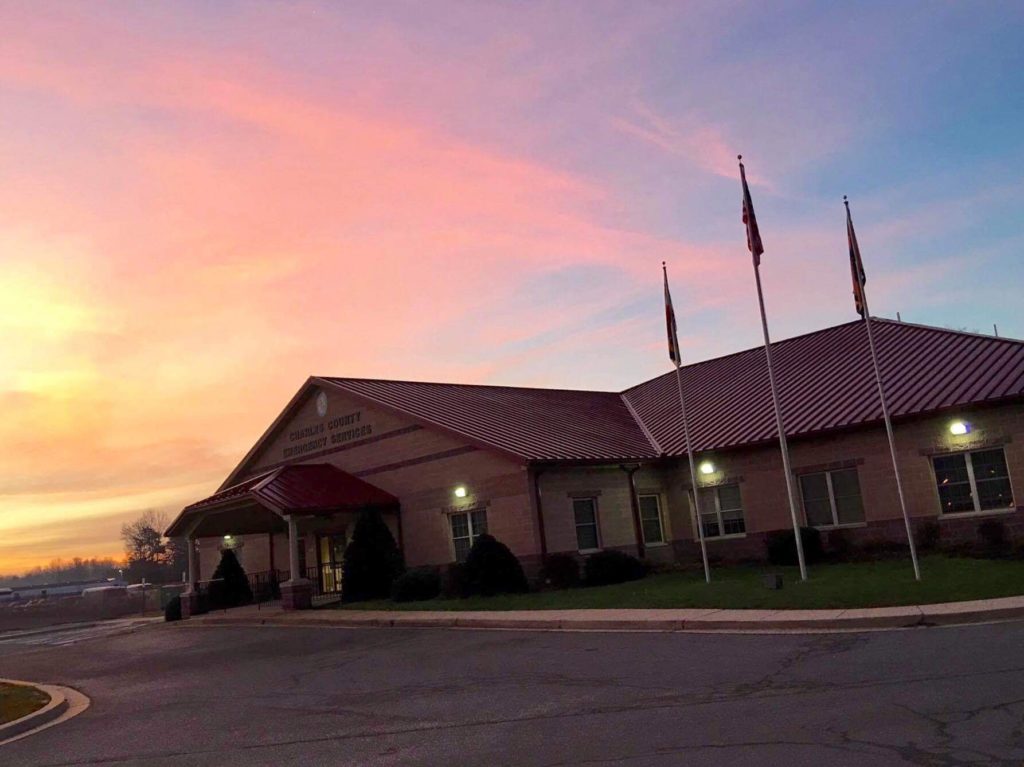 Charles County Public Safety Communications Radio System Manager Jeffrey Clements is a member of the county’s broadband task force, which works with the state’s Rural Internet, Broadband, Wire and Cellular Service Task Force. The task force focuses on underserved areas that lack a population to attract competitive rates for broadband connections. He is also Vice President of the Mid-Atlantic Chapter of the Motorola Trunked User Group (MTUG), which allows Motorola users to hear about upcoming products and updates and voice their concerns and issues to Motorola.

A refreshed center; NG911; and police, medical, and fire protocol updates serve as a constant impetus to Volpe’s training objectives. She started the program from scratch six years ago and considers it a work in progress to meet expectations identified in the center’s revitalized performance standards.

Basic training takes nine months to a year, depending on experience, to achieve EMD/EFD/EPD and ETC certifications and proficiency at operating the radio system, the CAD, and the phone system. Drills and scenarios introduce what 911 calls trainees can expect on the floor. Promotion depends on successfully completing mandatory training, certifications, acquiring radio dispatch skills, and completing the Emergency Number Professional program.

Sometimes, Volpe might question whether the training is too complex for their center’s benefit.

“They [our employees] are definitely wanted by other jurisdictions,” said Volpe, who is in her second career, having spent 30 years prior in police communications. “We definitely set them up for success.”

A poignant reminder of their public safety commitment is shown in a video of Rose telling the story of Jacki, his teenage daughter who died in a car accident 20 years ago (1999). The nearly 10-minute film provides insight into the tragic consequences of one hasty behind-the-wheel decision to both high school students and emergency dispatchers. Rose learned of the accident that occurred in a county neighboring Charles while working in dispatch.

Rose said it wasn’t easy talking about the accident but, he said, the “tragic story that seldom gets told” gave Jacki the chance to remind teens that a sudden, rash decision can imperil their lives and rob the world of their potential.

Volpe includes that video in the center’s emergency communications academy to personalize the 911 experience, reminding trainees that they need to treat all callers with the same respect and empathy that they would use for family or friends.

“It is a profound lesson in humanity,” Rose said.

The accident is also a cautionary note to the capabilities of NG911. While Charles County looks forward to what future communications holds, they are also preparing to address the associated stress and anxiety real-time videos, texts, and other IP-compatible technology might cause an emergency 911 staff accustomed to answering calls and dispatching response in a nonvisual environment.

Assistant Chief of Public Safety Communications Christopher Roberts explained that an enhanced Critical Incident Stress Management (CISM) course geared toward 911 specialists would assist with helping them cope with images/videos that are imminent with text-to-911. The program’s conversation is in its early stages, in anticipation of what the “new landscape” will bring.

“The profession as a whole wears a person down directly,” said Roberts, a volunteer firefighter for 15 years and in emergency dispatch for the past seven years. “We don’t know what they’re going to be exposed to or know directly what will happen.”

And just like everything else for Charles County 911 communications, it’s a tomorrow they’re preparing for.

Editor’s Note: The video of Chief Rose is available at ccvfireems.org/apps/public/news/newsView.cfm?News_ID=378