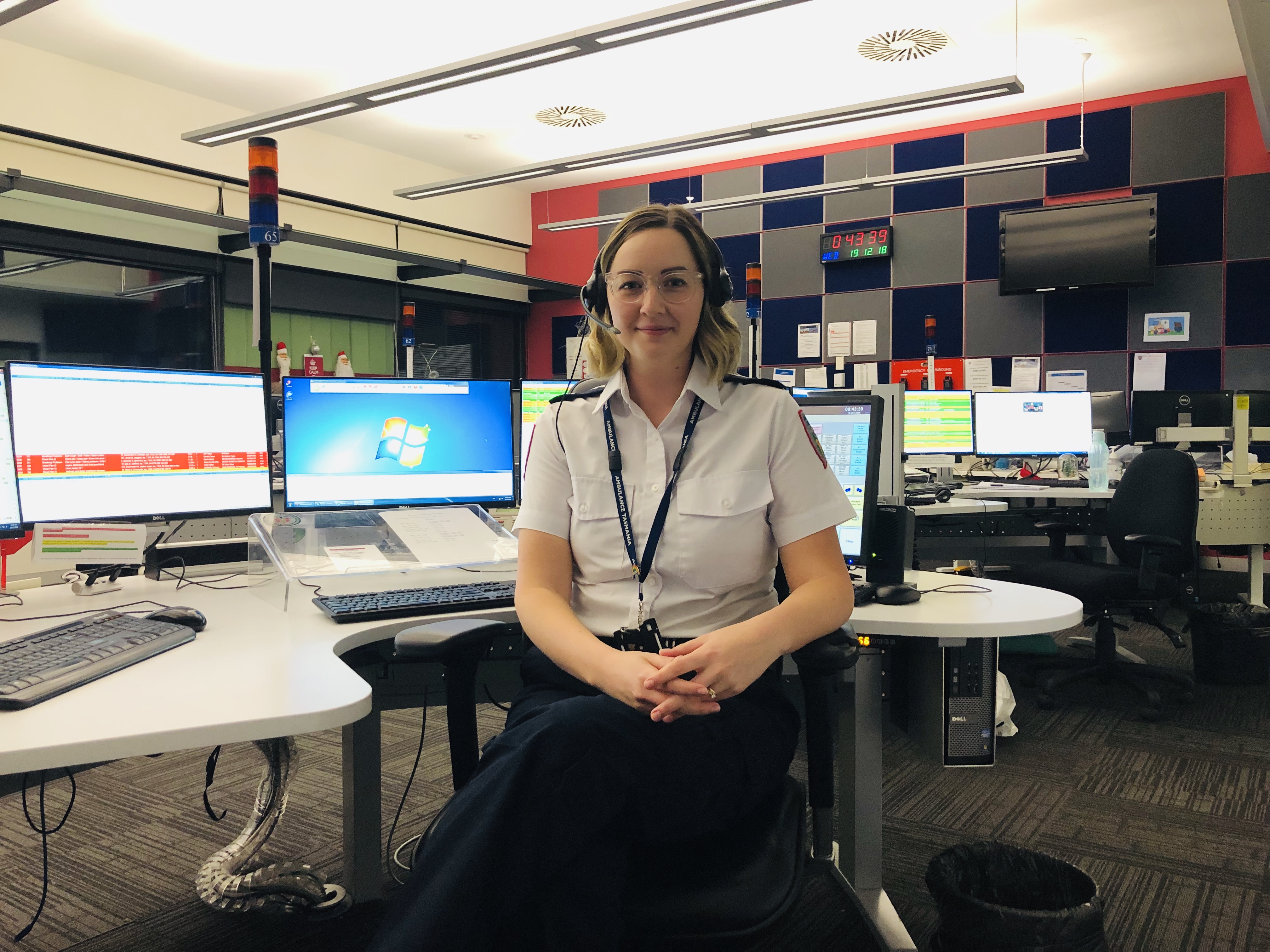 On any given day, just about anything can happen in a communication center. A recent call to Ambulance Tasmania in Hobart, Tasmania, Australia, affirms that.

Dispatcher Kay Dove, a two-year veteran of the agency, wasn’t even supposed to handle calls on a particular mid-November (2018) day, but an unusually high call volume pressed her into calltaking duty.

Dove is a mentor at Ambulance Tasmania, which takes care of all 000 calls and dispatching for the entire state. She trains new staff members in both calltaking and dispatching.

When a restaurant employee phoned in to report that a 65-year-old patron was choking, Dove immediately took off her mentoring and dispatching hat and starting following the MPDS®. Dove determined that there was a complete obstruction, so she began giving CPR instructions.

But this was met with some roadblocks.

Dove learned that the patient had cerebral palsy and was mostly non-verbal. The caller reported that she was unsure if the patient was awake, as he was unable to give any verbal cues. She also mentioned that his eyes were open and he “looked as though he was trying to breathe.” Regardless of these reports from the caller, Dove instructed her to continue CPR.

“Calls like this tend to feel like hours,” she said. “I was very lucky that the dispatcher had a close available crew.”

Paramedics later said that while performing a tracheostomy they had removed a large piece of steak from the patient’s throat. Crews then transported the patient to the hospital.

“It was a lucky and very happy result,” Dove said.

Dove said the caller was “fabulous.” Still, she needed to continually urge her to keep doing CPR and kept providing encouragement. These customer service techniques were vital to the positive outcome of this call.

“[The caller] was very calm and clear, and she followed the instructions that I gave her exactly,” Dove said. “During the process of getting the patient onto the floor, it was reported to me that [the caller was] having trouble because [the patient] had an existing shoulder injury. As per our available scripting, I advised [the caller], ‘Don’t worry about hurting him; we need to help him now.’”

Of course, emergency call outcomes don’t always turn out positively, and those in the communication center don’t always know the result. Learning that the patient made it through the ordeal turned this call into a special one for Dove.

“It also gave me a sense of assurance, as I was hesitant when the caller reported that the patient’s eyes were open and he looked as though he wanted to breathe,” Dove said. “Knowing I did the right thing in advising them to continue CPR was a really good feeling.”

Dove said that while cardiac arrest and respiratory arrest calls are common in her center, choking calls are rare. She credited her own training and the MPDS for giving her a pathway to success. She called it “the backbone of what we do” and said “It gives you direction in what to say and do when you need it most.”

Like any emergency dispatcher or calltaker, Dove has her share of rough days. However, calls such as this one, where everything ends up positive in the end, make the long shifts and emotional moments worth it all. She also appreciates her close team and the leadership of her manager, Simon Harmsen.

“Being an emergency calltaker/dispatcher is such a rewarding role,” she said. “Remember, you’ve helped somebody during the worst moments of their life, and their memory of how you helped them will stay with them forever. You never know when a call that will impact you will come through, so it’s important to be ready.”

Dove was a winner of the IAED™ Call of the Week Award for her efforts in handling this call.