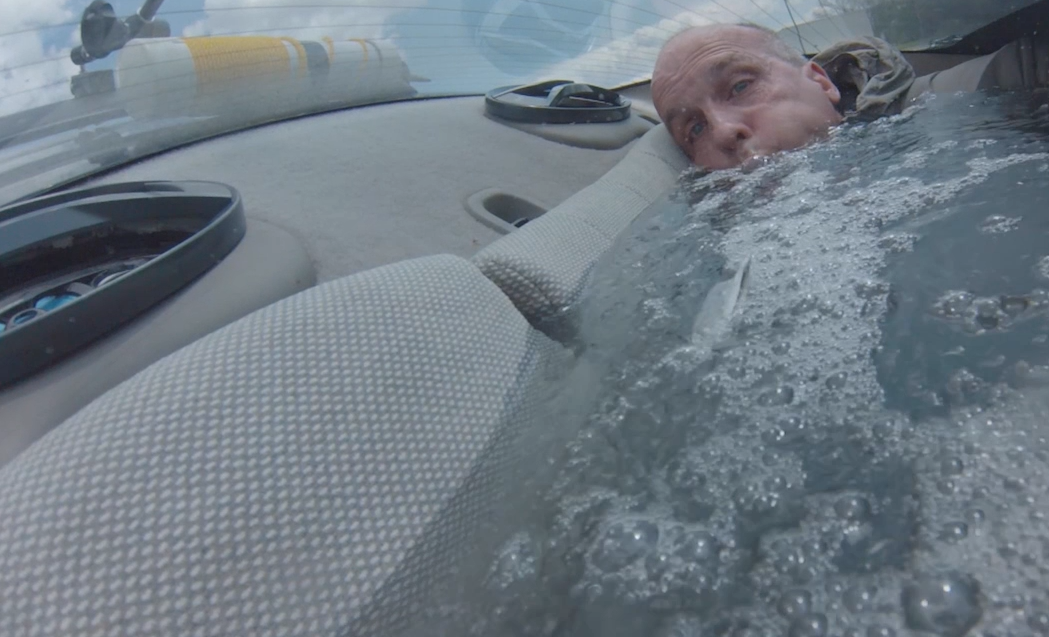 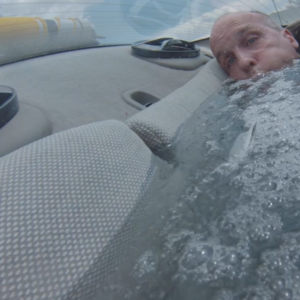 Gordon Giesbrecht’s first voluntary vehicle submersion into icy cold water was in Alaska. He had the resources to stay alive for a couple of hours if, he said, “it came to that.” It never did, which doesn’t make the experience any less memorable.

“It’s something I’ll never forget,” said Giesbrecht, professor of thermophysiology in the Faculty of Kinesiology and Recreation Management, University of Manitoba, Winnipeg, Canada, and an internationally known authority on hypothermia.

He believed that submerging the sinking vehicle was the best way to study approaches to improve the success odds for victims trapped in the same situation. And the first submersion, seated in a Ford Tempo dropped by crane into a frozen lake, proved that operating on common belief was not the way to go. As long as there was air inside the car, a person struggling to get out couldn’t push against the pressure outside.

“I took a deep breath [from the bubble in the car],” Giesbrecht said. He cranked open the window and swam for the surface.

Giesbrecht survived, of course, and in the process discovered the fallacy of common practice. The pressure did not equalize, effectively scrapping the notion of easily swinging the car door open. It wasn’t going to happen. Doors and windows are difficult, or impossible, to open when there is higher pressure from the outside.

The first voluntary vehicular plunge was followed by some 100 vehicle submersions, 30 in which he played the unlucky driver stuck in a sinking car. His hard-won recommendations helped establish a better route of survival.

You don’t wait for help to arrive. You don’t sit in the car with the windows up, with water rising past your neck. You release your seatbelt, break a window, grab the kids, and get out. Even with the torrent of water pushing in, Giesbrecht found it was still possible to escape through the window. A car will float for a minute, and you need to escape in that first minute.

In plain terms, acting quickly is your best defense. If a vehicle leaves the road and lands in deep water, most passenger vehicles will float on the surface for a short period of time. Eventually, all vehicles will sink.

Escape is based on a time factor that evolved from a single period (hit water, sink) to three distinct phases of submersion: flotation—vehicle floats for 15 to 63 seconds before water reaches the bottom of the side windows; sinking—the period until the vehicle is completely underwater, but before water fills it completely; and submerged—the vehicle is full of water and several feet below the surface.

“There isn’t enough time to wait for rescuers to arrive,” Giesbrecht said. “You have to get out of the vehicle before the water gets up against the windows.”

It’s one thing, however, to do the research and publish results and quite another thing to convince the public of a change in operating instructions.

“We’re trying to reverse the ‘stay in your car until the vehicle fills with water,’ and that’s very hard to do,” Giesbrecht said. “The wrong thing was taught, and now we are asking people to erase that from their memory.”

Gets the Academy’s attention 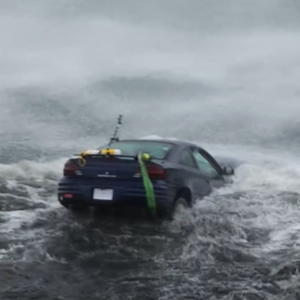 Giesbrecht’s research caught the attention of Jay Dornseif, Fire Program Administrator with Priority Dispatch Corp.™ (PDC™). One discussion led to the next, and during 2010, Giesbrecht and the Academy opened a series of meetings to refine the Sinking Vehicle Protocol the IAED™ had first released in 2001.

There was nothing unusual about making the introduction, said Jeff Clawson, M.D., inventor of the emergency dispatch protocols. After all, protocol is the child of perpetual research when it comes to influencing protocol evolution. It’s what the Academy does.

“When new data comes along that could benefit public safety, we’re very eager to find out whether it would be in the best interest to revise the protocols accordingly,” Dr. Clawson said.

The PAIs, however, are the same in each protocol system and follow the public advice Giesbrecht developed from his experience: Get out of the vehicle fast. This evolved into the steps written into the Academy’s protocol:

Because a cellphone will likely stop working, the emergency dispatcher must give certain instructions early in the PAI sequence, prior to losing contact with the caller, to prepare them as much as possible for the escape attempt.

If, for some reason, the caller hesitates or the the connection is fading, the ED should warn the caller that water will continue to rise to a point where the caller must take a final breath and get out as quickly as possible. Once water fills the car, the pressure will be equalized, and the door can be opened. But to do this, it takes an expert at holding his or her breath in an extremely stressful situation.

Thus, the dispatcher is providing self-rescue actions from the first flotation phase (when success is most likely) until the end of the submersion phase. Even though success is unlikely at the end of submersion phase, giving specific action instructions is better than merely encouraging the victim to be calm and wait for rescue.1

Giesbrecht believes calling 911 is an impediment to a successful outcome because using a cellphone actually steals precious seconds away from the caller’s chance for survival. Yet, he realizes the call in a state of panic is inevitable.

“People have cellphones, and they call 911 in an emergency,” he said. “The Academy looked at what they could do when nobody else was. So, yes, it makes sense. If dispatchers can teach you how to give CPR, they can tell you how to get out of your sinking vehicle.”

Giesbrecht organized Operation ALIVE to formulate escape and emergency response strategies involving sinking vehicles for the public. He believes instructions—similar to the Academy’s PAIs—for what to do if trapped inside a sinking vehicle should evolve into the “stop, drop, and roll” message of the 21st century.

“Everybody knows stop, drop, and roll, yet the odds of being in a sinking vehicle are far greater than catching your clothes on fire,” he said. “In a perfect world, if every kid in North America hears the message ‘seatbelts, windows, out,’ in a generation we’d be done.” 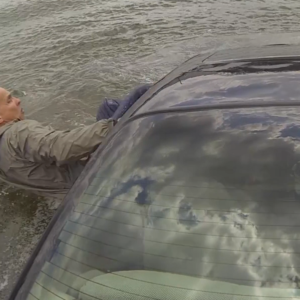 Dave Warner, Police Program Administrator with PDC, said his thinking about location changed after listening to audio versions of non-protocol driven dispatch assistance to 1st party callers in sinking vehicles that, despite dispatcher efforts, often ended in tragedy. The most common element, he said, was the failure to provide instructions that could have saved the callers’ lives.

“It begged the obvious question: Why?” he said. “If you listen to them, at least part of the reason becomes very apparent. In all of the cases, the calltaker worked blindly on the address or location. Any viable escape time was completely used up trying to ascertain an accurate location.”

“We are now teaching our new students that location is secondary on these calls,” he said. “You only have to listen to a couple of these calls to realize that the only viable option is getting to the instructions and getting them out of the vehicle as quickly as possible. Anything else will likely result in their death by drowning.”

There’s also the probability of subsequent calls from people witnessing the event.

“They can provide location,” Warner said. “I know in some circumstances at the outset you may have units that won’t know where to go, but trust me, your dive team or your fire department/police department would much rather go looking for these people wet on the bank somewhere as opposed to fishing their dead bodies out of a submerged car.”

Whereas the Sinking Vehicle instructions tell callers to swim to the nearest shore, the Vehicle in Floodwater instructions provide an alternative exit approach to follow if the car is not moving in the current. In this case, callers can climb to the roof and stay with the vehicle; however, if the vehicle starts to move with the current, the caller is told to wade or swim to the nearest shore or fixed object.

Each protocol’s Determinant Codes provide agencies with the ability to plan the most appropriate response configuration based upon the resources within their jurisdiction.

While the goals are the same—to get out of the water as quickly as possible—techniques to develop the protocol relied on logic over experimentation.

“It’s tough to study a vehicle in floodwater,” Giesbrecht said. “If I want to sink a car in a pond, who cares? With floodwater, you have to wait for an actual flood, and it’s very difficult to get permission to drive into a flooded road.”