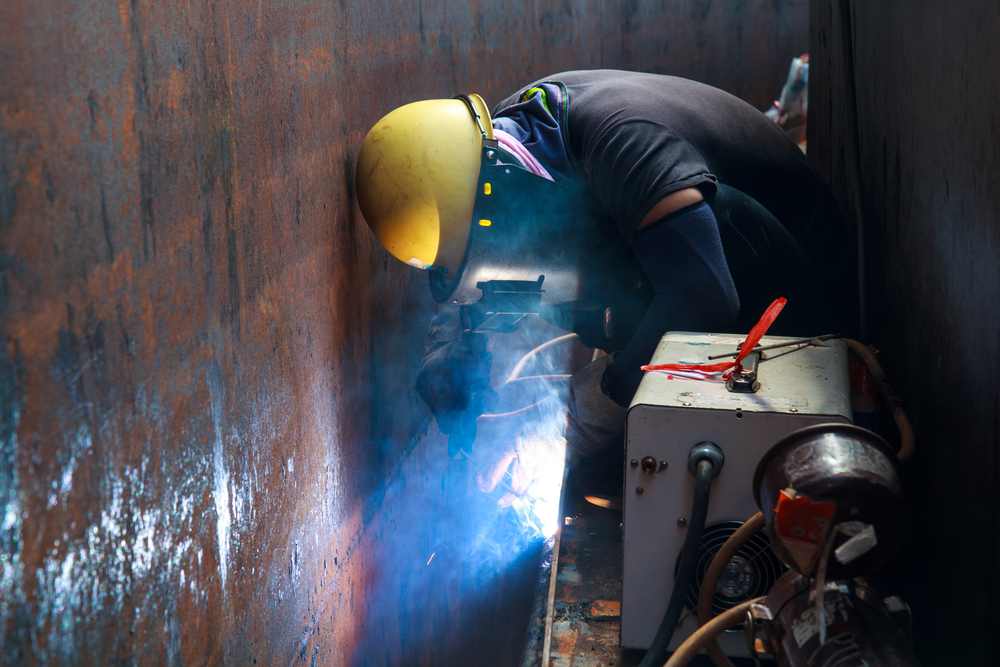 The first man in the crew of utility workers removed a manhole and went underground to inspect a clogged sewer line. A second man, worried at the silence that followed his descent, climbed down in search of his co-worker. A third man, unable to hear or see what was going on underground, took his turn hoping, perhaps, that the depth of the hole in the Key Largo, Florida, USA, subdivision was muffling the sound of their voices.

Or maybe he was desperate, knowing they might need help in an unknown emergency. He, too, shimmied down the hole just wide enough to squeeze through, and, similar to his two co-workers, entered the 15-foot deep confined space without safety equipment such as a mask or air packs.

The three men did not make it to the surface of the drainage trench alive. Subsequent atmospheric testing within the hole revealed lethal levels of hydrogen sulfide gas and carbon monoxide from rotting vegetation.

Two other employees of the underground utility and municipal infrastructure company and a volunteer firefighter also exposed to the toxic gases during rescue attempts survived, although requiring extended hospital stays.

The Occupational Safety and Health Administration (OSHA) investigated the deadly incident that occurred on January 2017 and six months afterwards released a report citing 10 serious safety violations netting the company nearly $120,000 in fines. The company’s failure to provide a confined space entry program and the lack of confined space entry permits by a qualified person was among the violations cited.1

The same company was cited by OSHA in 2002 for safety violations involving a manhole project in Marco Island, Florida, USA.

Many workers and employers are unaware of the dangers confined spaces pose, which include: lack of oxygen; poisonous gases, fumes, or vapors; liquids and solids suddenly filling the confined space or releasing gases into it when disturbed; and gases entering through piping. Injuries and deaths can occur as a result of work being carried out in a confined space, such as welding, painting, flame cutting, or using chemicals.

About 90 deaths involving confined spaces occur every year across a wide range of industries. Two-thirds of those deaths are workers killed while trying to rescue someone from a confined space. According to one source: “For every victim who dies in a confined space, three would-be rescuers die trying to save that victim.”2

Many factors lend to the danger of working in a confined space.

There is smaller margin for error. An error in identifying or evaluating potential hazards can have more serious consequences. Variability and unpredictability of circumstances make it nearly impossible to judge the degree of risk. Fatalities can be due to the critical nature of these rescues, which sometimes lead to poorly planned retrieval attempts and the existing potential of asphyxiation.

Asphyxiation occurs when an individual does not have enough oxygen to sustain life, either because the oxygen amount in the atmosphere is too low and/or a hazardous chemical concentration is too high (e.g., a carbon dioxide concentration of four percent or more is considered immediately dangerous to life or health). Changes in the atmospheric conditions can change over time, as in the case of the Key Largo tragedy. Decaying organic matter¾plants and animals¾uses up oxygen and produces hazardous gases, and a space acceptable during initial entry a year ago could be host to atmospheric changes that result in injury and death.

So, what is a confined space?

OSHA considers everything from a tank to a tunnel to a manhole to be a confined space, according to its definition:

In addition, a confined space is a place that is substantially—although not always entirely—enclosed and where there is a risk of death or serious injury from hazardous substances or dangerous conditions, such as a lack of oxygen.

Places can also become confined spaces during construction work, fabrication, or modification. Confined spaces do not always have to be an area with only one opening. Likewise, a space with multiple openings can be considered a confined space if a worker has to crawl under and over various obstructions to get to the opening. Permit-required confined spaces pose serious hazards.

OSHA uses the term "permit-required confined space" (permit space) to describe a confined space that has one or more of the following characteristics: contains or has the potential to contain a hazardous atmosphere; contains material that has the potential to engulf an entrant; has walls that converge inward or floors that slope downward and taper into a smaller area which could trap or asphyxiate an entrant; or contains any other recognized safety or health hazard, such as unguarded machinery, exposed live wires, or heat stress.3

It is these conditions that result in fatalities, according to OSHA, making efficient and immediate exit or rescue from the space imperative.

If a space is identified as a permit-required confined space and an employee will need access to the space, then the employer must develop a written program that includes a plan for rescuing the entrants.

An OSHA rule, effective Oct. 2, 2015, expands confined space safety requirements and applies to all construction workers who may be exposed to confined space hazards, such as those who work in sewers, manholes, crawl spaces, boilers, tanks, storage bins, silos, stacks, vaults, pits, chambers, tanks, vats, trenches, sewers, drains, flues, ductwork, unventilated or poorly ventilated rooms, and many more locations that have cramped spaces and narrow openings. The rule requires employers to determine what kinds of spaces their workers are in, what hazards could be there, how those hazards should be made safe, what training workers should receive, and how to rescue those workers if anything goes wrong.4

In addition, according to the same rule, controlling contractors and employers must discuss spaces on the site and their hazards with entry employers and each other before and after entry.5 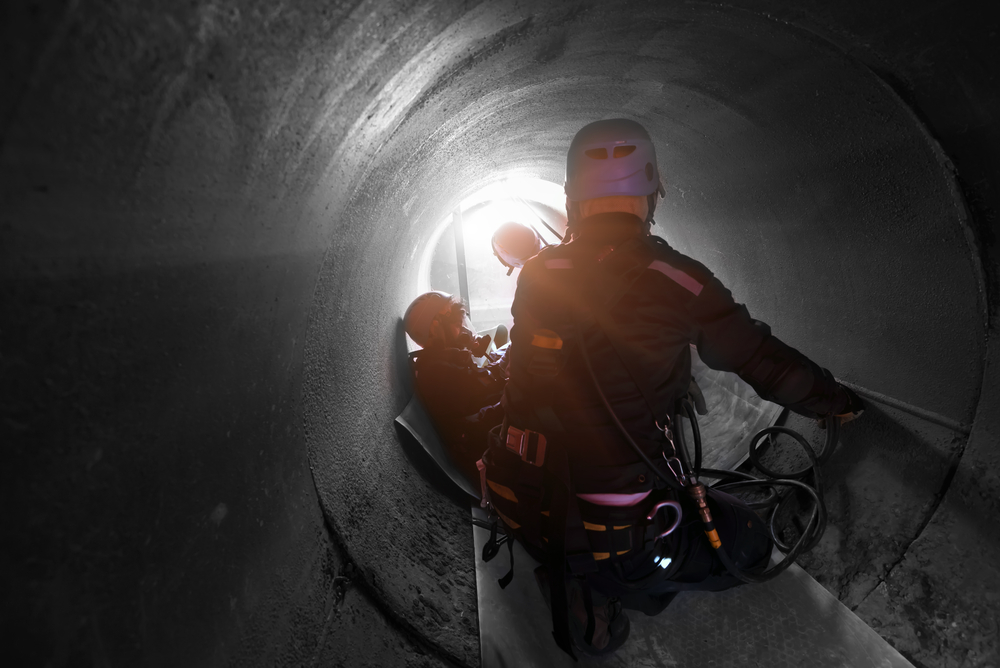 The EFD can make sure the proper resources are identified in confined space situations by adherence to the interrogation sequence in Protocol 54: Confined Space/Structure Collapse in the Fire Priority Dispatch System

The opening Key Question provides the EFD with information regarding the type of space or structure involved. This question can help determine the appropriate Determinant Code and suffix. Key Questions 2 and 3 ask whether anyone is trapped and whether any hazardous materials are involved. Depending on the answers to these questions, the EFD will send the correct Determinant Code and then immediately provide Post-Dispatch Instructions (PDIs) and Pre-Arrival Instructions (PAIs) as appropriate.

If the answer to Key Question 2 indicated that the caller is trapped, the EFD will go to Protocol B: Fire and Hazards Rescue, Panel B-5. While on Panel B-5, the EFD will attempt to gather more information, including where the individual is located, what the individual can see and hear, and if other dangers are present. The EFD will advise the caller to make as much noise as possible to aid in rescue efforts.

While providing Pre-Arrival Instructions to the caller is very important, it is also critical that the EFD keep the caller on the line while notifying appropriate agencies (e.g., OSHA, the utility service, or relevant city department) and Technical Rescue Team, if one is included in the agency’s response plan. Depending on the set up of the agency, the EFD may also have the responsibility of providing fire and EMS responders with any known information regarding the location and number of people trapped or in danger to enable earlier location and assistance of victims. Once Panel B instructions are given, the EFD returns to Key Questioning.

If the caller isn’t trapped and no hazardous materials are involved, the EFD should return to Key Questioning after providing PDIs. 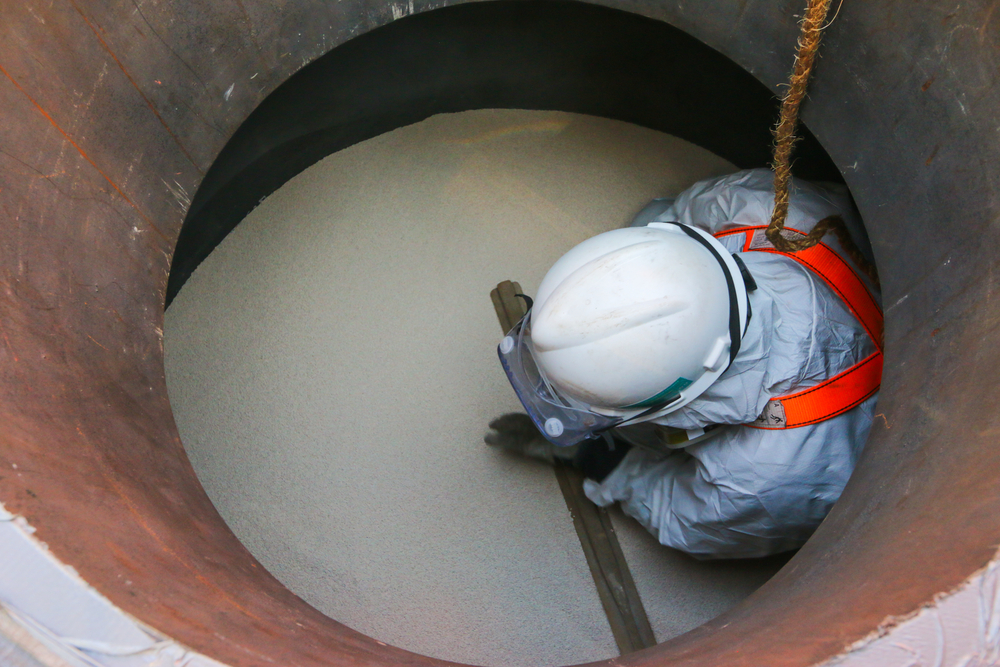 A confined space situation is extremely serious. Axioms 1 and 2 on Protocol 54 make it clear that this is an emergency dangerous to callers, bystanders, and responders.

The EFD can make a significant difference for the victim and the bystanders by following the appropriate instructions. With that in mind, the EFD adheres to the emergency dispatcher’s first Rule: “Don’t take more victims to the scene!” It is up to the EFD to take control as the initial incident commander and direct the appropriate actions for everyone until other responders take over.

Accordingly, the EFD’s hardest, but most important task, is to maintain order on the scene prior to field unit arrival and to make the site as safe as possible. This requires the EFD’s effective communication skills and call management techniques to take control of the call and provide PDIs to callers, who by default, take on the role of “surrogate incident commander.” Bystanders must be prevented from doing something that turns an already bad situation into a fatal one for the bystander or an already-trapped victim who may still be alive. They must not allow other well-meaning bystanders to attempt rescue prior to the fire department’s arrival. Even fire department personnel place themselves at risk jumping into a confined space before testing.

Crews must also contend with the potential for atmospheric contamination. Since the victim and the rescuers are below grade, they must constantly monitor the air and other gases in the trench to ensure they are not in a toxic atmosphere. According to PDI-d on Protocol 54, when appropriate, the EFD should tell the caller to turn off all equipment, if it’s safe to do so, except the ventilation.

Remember, one of the most critical duties of the EFD is the ability to communicate effectively and take appropriate actions in the emergency. The EFD is the vital link.