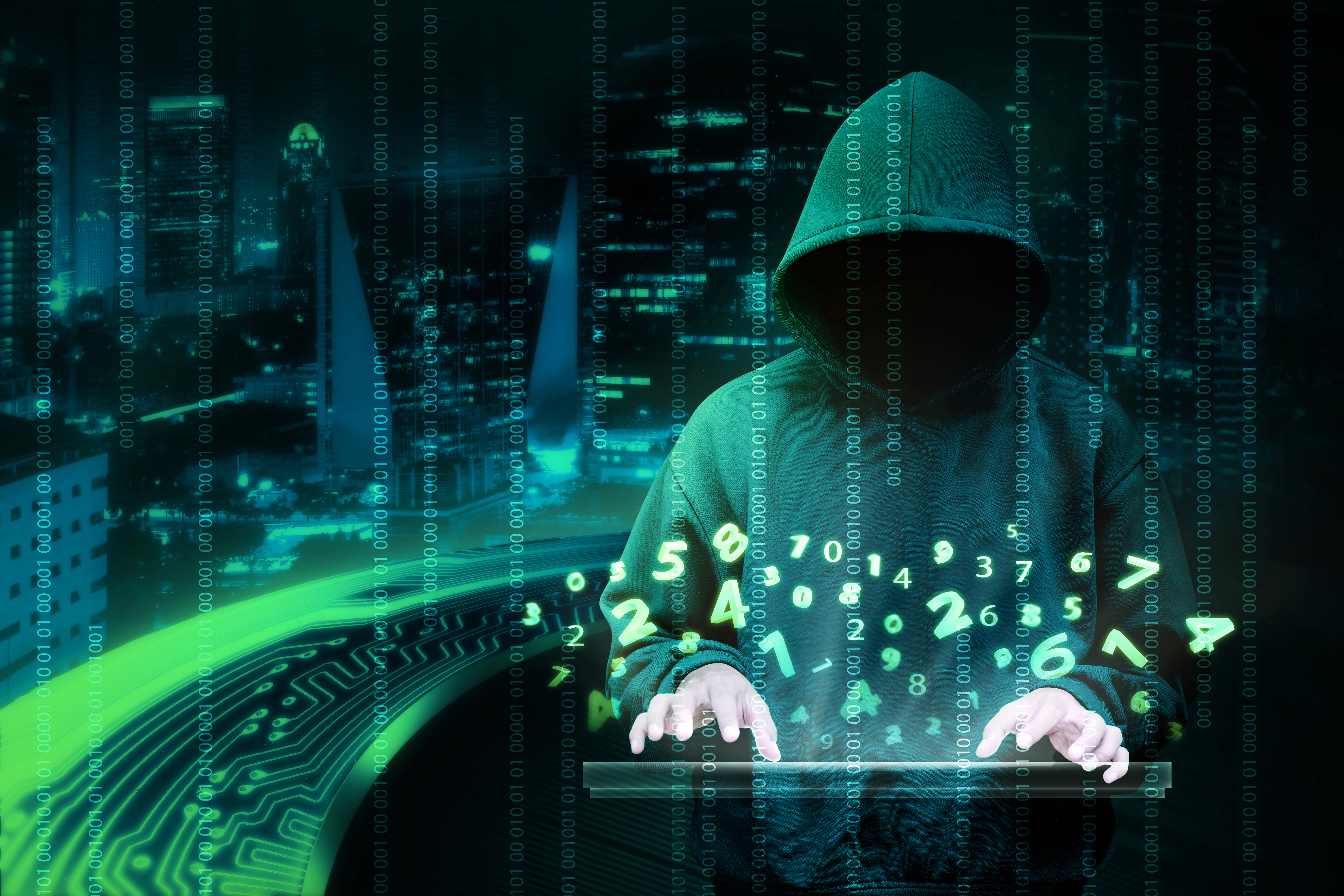 The Catfish, the Scam, and the Flimflam Man

When I joked about catfishing in a Journal editorial meeting one day, I got blank stares. I explained further. Catfishing is pretending to be someone else online—with fake pictures and everything—and getting someone else to fall in love with you. My co-workers nodded; they knew the concept, if not the terminology.

Sometimes catfishing isn’t about making someone fall in love with you. Sometimes it’s about getting revenge, like the woman who catfished her cousin to get back at him for a mean-spirited comment he made about her. Sometimes it’s about skirting social rules, like the man who told the women he took on dates that he was single when he was, in fact, married and a father of two. And sometimes it’s about money. One professor in England lost £140,000 ($190,000 USD) to a man she thought she was in a long-distance relationship with.1

Catfishing isn’t the only way to dupe people out of their money. There’s also identity theft, investment schemes, hacking, phishing scams, and false billing. Americans lost upwards of $16 billion to fraud in 2016,2 Australians lost some $83 million,3 Canadians lost $290 million between 2014 and 2016,4 and it’s estimated that fraud in the U.K. costs £193 billion a year.5

Although not everyone who’s been a victim of fraud reports it to the police (one study reported that a mere 27 percent of victims had done so),6 it’s a common enough occurrence that it’s best to be acquainted with Protocol 118: Fraud/Deception, the main protocol you Emergency Police Dispatchers (EPDs) will use to handle calls reporting acts of a fishy (or catfishy) nature. 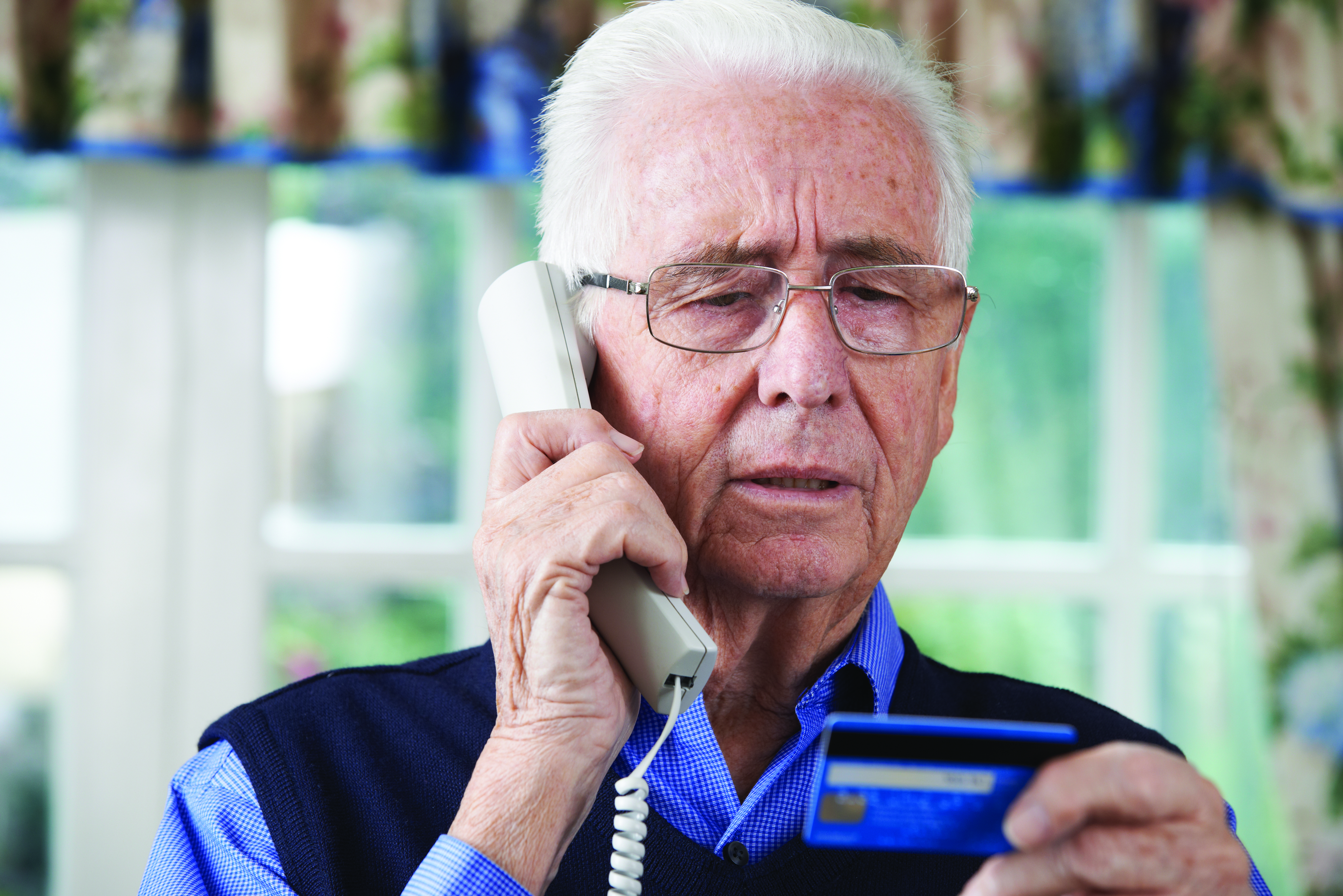 Axiom 2 on Protocol 118: Fraud/Deception states that “Elderly or vulnerable people are frequently the targets for con artists.” The Australian Competition & Consumer Commission reported that those over 65 both made the most number of reports (13%) and lost the most money (some $13 million, 16% of the total amount lost) in 2016.7 Heather Hedgcock, Quality Assurance Coordinator for Manatee County Emergency Communications Center in Bradenton, Florida (USA), stated that her center gets fraud calls almost daily because of the high population of elderly people in the area.

“Unfortunately, a lot of people take advantage of elderly people,” Hedgcock said. “They’ll get a call saying something like, ‘Your grandson has been arrested for some crime. We need X amount of money for his bail.’”

It isn’t just elderly and vulnerable people who are at risk, of course. The Federal Trade Commission (FTC) found that 21 percent of all fraud victims surveyed in the U.S. in 2016 were between 30 and 39 years old, closely followed by those in their forties and fifties. Only 6 percent of those surveyed were over 70.8 The Office for National Statistics found that adults aged 45–54 in the U.K. were almost twice as likely to be a victim of fraud than those aged 75 and over.9 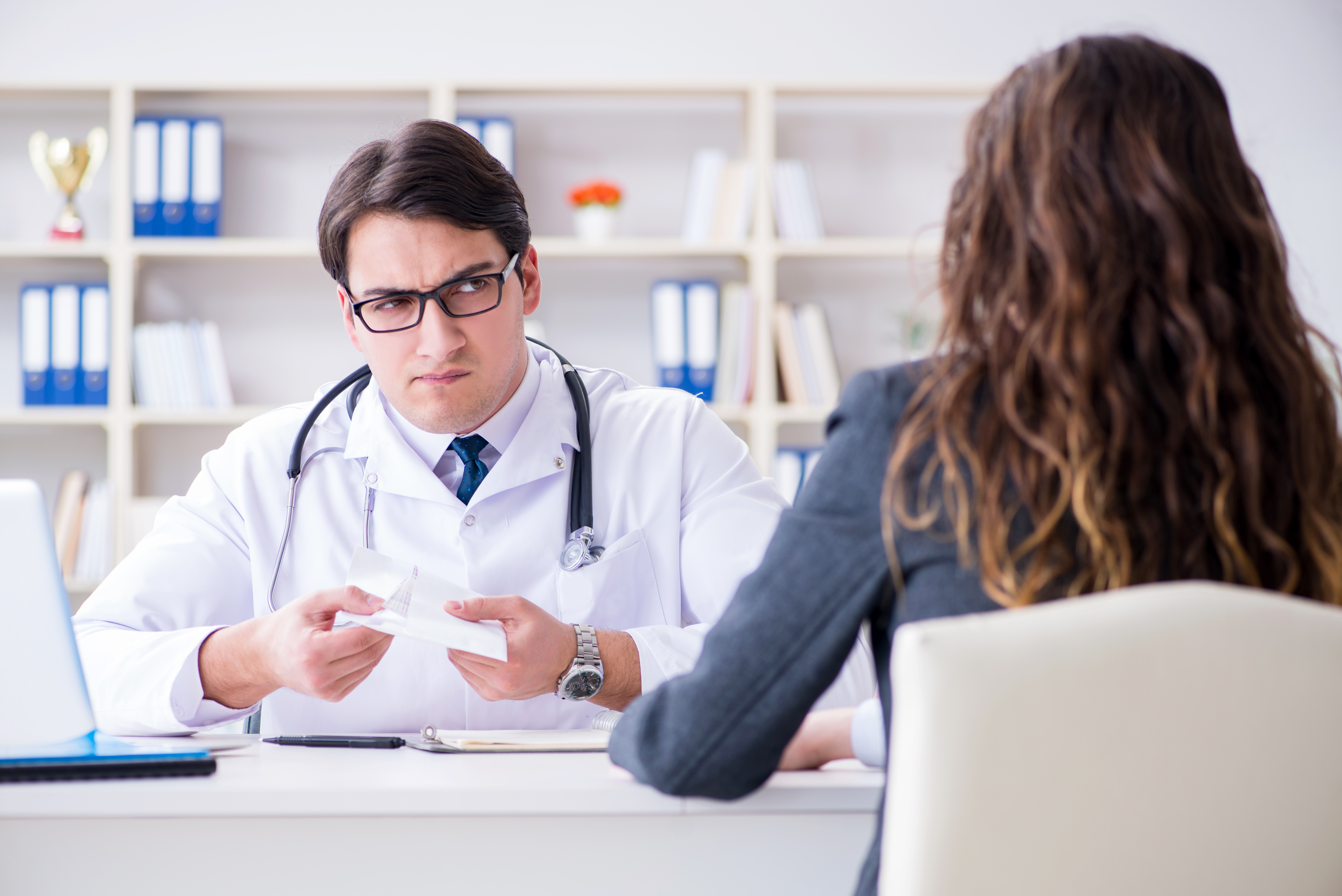 The DELTA-level Determinant Codes are divided into three categories: CRIMINAL DECEPTION, FRAUD/FORGERY, and Prescription. Prescription fraud is self-explanatory: Someone writes a fake prescription for a controlled substance like Oxycodone, Adderall, or Xanax and tries to get it passed off as legitimate at a pharmacy. Hedgcock said that prescription fraud isn’t as big as it used to be in her area, which she thinks is due in large part to Florida’s crackdown on pill mills. The data from the International Academies of Emergency Dispatch® (IAED™) is similar—an analysis run by Meghan Broadbent, a research analyst for IAED, found that prescription fraud only made up 0.25 percent of the fraud calls that were recorded between mid-2013 and mid-2017. At 68.21 percent, the most common dispatch code recorded was 118-B-2 “PAST FRAUD/FORGERY.”

When you look at the definitions of CRIMINAL DECEPTION and FRAUD, it doesn’t seem like there’s much difference between the two. FORGERY stands out more. It’s “making, altering, or uttering (passing) of written instruments or documents that represent money, stamps, securities, deeds, wills, checks, prescriptions, or other similar instruments, or that affect a legal right, interest, or obligation.” In other words, it’s faking something that has real value (like money, checks, or legal documents). Who hasn’t heard of art forgeries or, more commonly, counterfeit bills?

Figuring out the difference between CRIMINAL DECEPTION and FRAUD is slightly trickier. As defined by the Police Priority Dispatch System® (PPDS™), CRIMINAL DECEPTION is “The act of deceiving or intentionally misleading by falsehood […] with intent to commit a crime.” Dave Warner, Police Program Administrator with Priority Dispatch®, gave the example of an auto mechanic telling a customer that a part needs to be replaced, but the replacement doesn’t actually need to be made. The auto mechanic is deceiving (lying) with the intent to commit a crime (taking the customer’s money on false pretenses).

FRAUD is a more general category: “a false representation of a matter of fact, whether by words or by conduct, by false or misleading allegations, or by concealment of that which should have been disclosed.” A great example of this is catfishing. It can be used to get money from a victim (which would be deceiving in order to commit a crime), but often it’s committed for its own sake. Although catfishing isn’t honest or healthy, it isn’t illegal either. 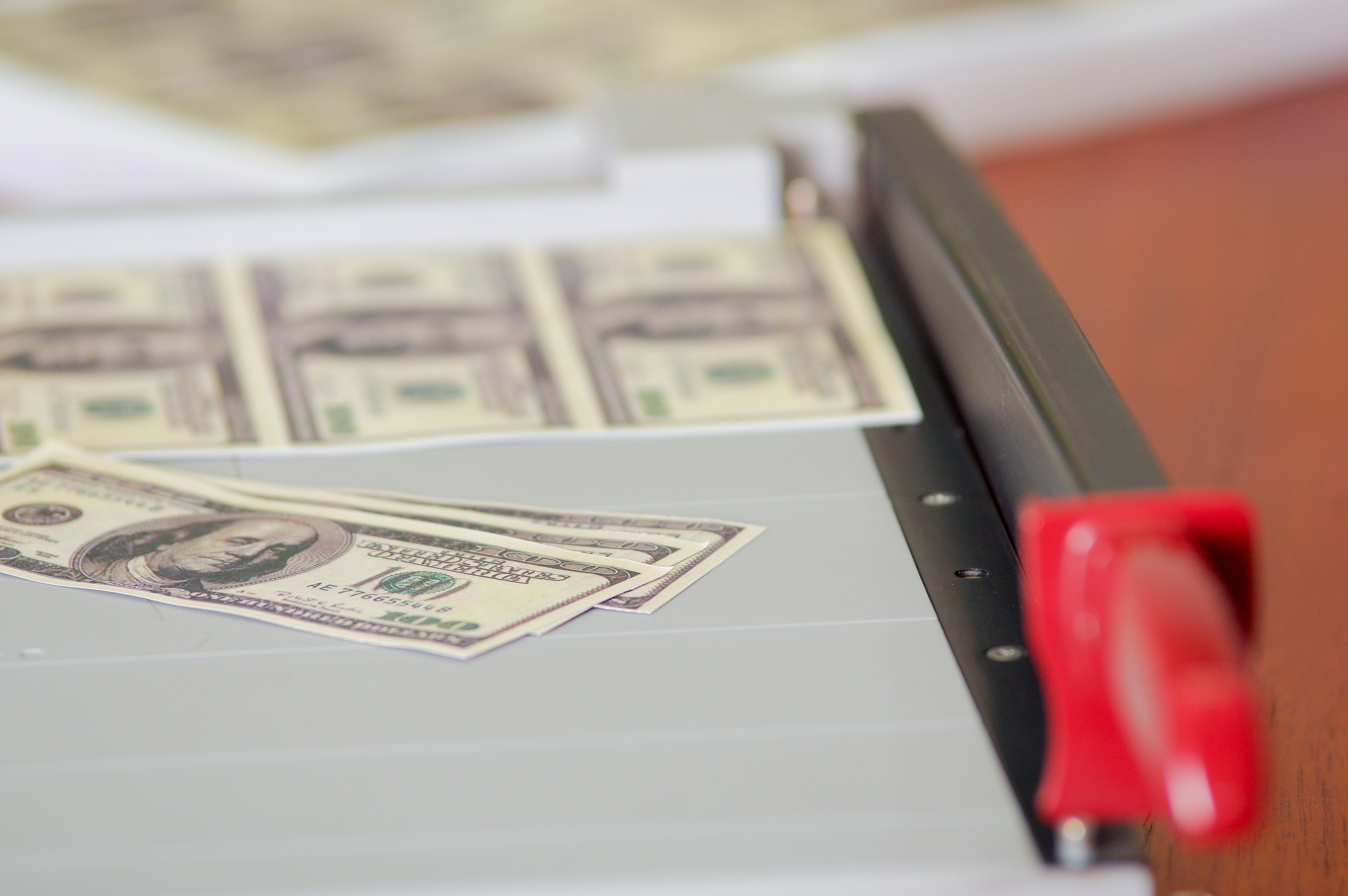 Far and away, the most common method scammers will use to contact victims is by phone, as reported by both the FTC and the Australian Competition & Consumer Commission. The next most common method is via the internet, whether by email, social networking, or other means. This kind of fraud allows perpetrators to be at least one step removed from their victims and makes it harder for the authorities to track them down.

The removed nature of an act of fraud committed by someone not immediately present is what divides 118-D-2 FRAUD/FORGERY—and even 118-B-2 PAST FRAUD/FORGERY—from 118-C-1 FRAUD/FORGERY (electronic means, mail, or phone). For those situations where the suspect is still on the scene, like in the case of someone trying to pass off a counterfeit bill at a store, 118-D-2 is used. It makes sense to send responders to the scene as soon as possible to apprehend the suspect.

Even in situations where the fraud happened in the past, like if a store employee discovers at the end of the day that they’ve been passed a counterfeit bill (long after the suspect is gone), there is a chance that one of the employees will remember the suspect or there might be security camera footage that the police can utilize to identify the suspect. According to Broadbent’s analysis, 78.2 percent of all reported fraud calls were BRAVO level, as opposed to the 20.7 percent that were DELTA level, indicating that most fraud calls do not require an urgent response.

In cases where 118-C-1 is applicable, the suspect was never on the scene to begin with. The caller has, in all likelihood, limited information about the suspect’s identity or whereabouts. Although the police will still want to ask the victim some questions, there is not as much of a sense of urgency as there would be for a DELTA-level CRIMINAL DECEPTION or FRAUD/FORGERY call. 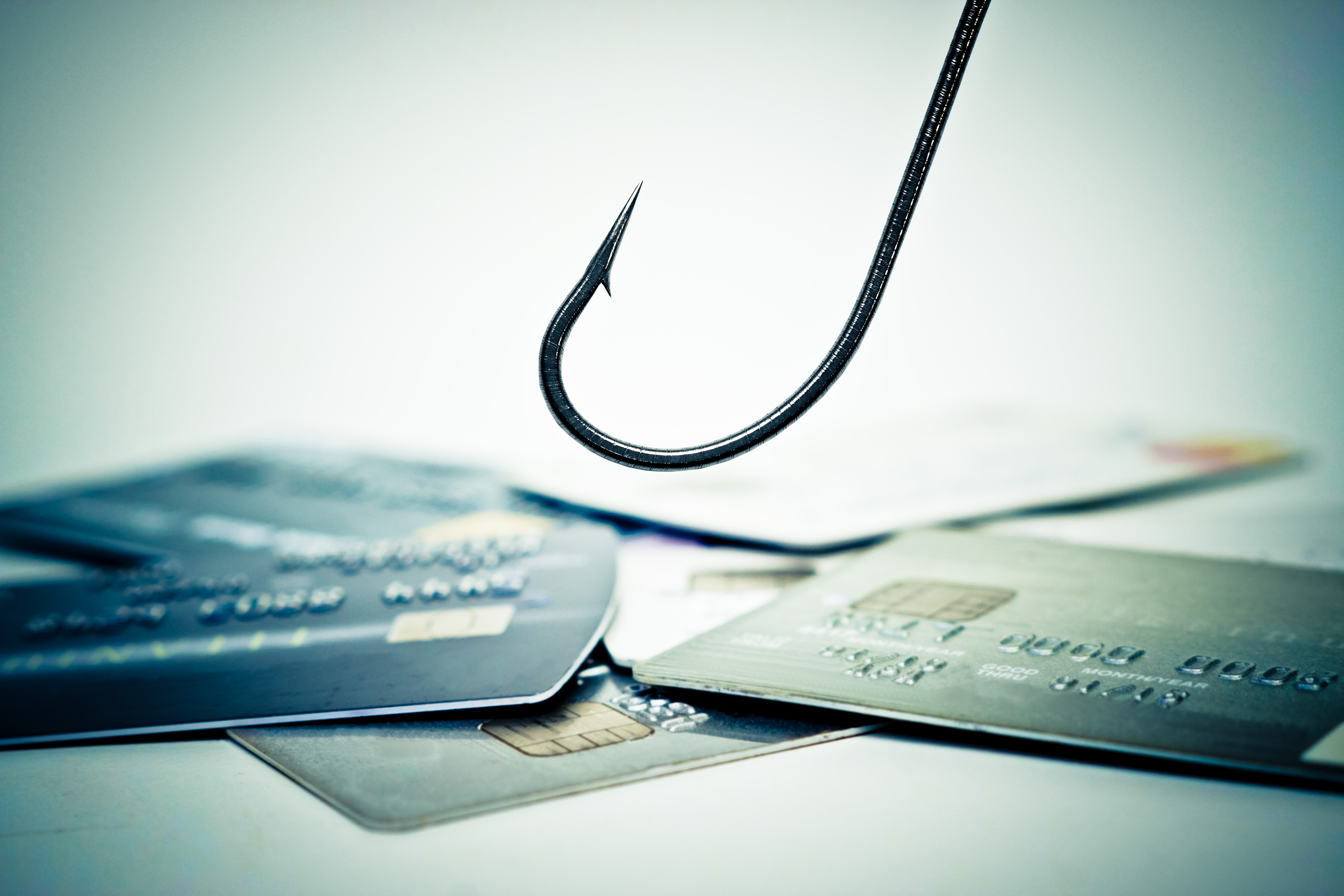 Generally, the point of fraud is for someone to get what they want without using violence, whether with or without a weapon. To the suspect, it might seem less risky to forge a check to get the amount of money he wants than it would be to rob a bank at knife- or gunpoint.

Broadbent’s fraud analysis found that weapons were reported for 3 out of 9,736 calls (or 0.03 percent) concerning Protocol 118. Two were reported as a “Gun” and one was reported as “Multiple.” The numbers indicate that using a weapon is not a priority for those who commit this type of crime.

Because the answer to the question “Were weapons involved or mentioned?” is “No” so often, Chris Knight, Chief of Priority Dispatch Program Management and Implementations, said that there’s a Proposal for Change (PFC) for Key Question 1 to be removed. If the PFC is approved, the change will be applied in version 7 of the PPDS.

It can be tempting to privately laugh at stories of people who have been catfished or feel little sympathy for those who have been scammed. How could they not see it coming? However, fraud is a very real issue, one that can happen to anybody. Although today you might be on the receiving end of a call reporting an identity theft, you could very well be making the same kind of call yourself tomorrow. Have compassion and use caution.

How to avoid getting scammed in real life and on the internet: Rule #1—If it sounds too good to be true, it is!

“Catfish” was added to the Merriam-Webster dictionary in 2014 (https://www.theatlantic.com/entertainment/archive/2014/05/merriam-webster-tells-us-why-catfish-and-yooper-just-entered-the-dictionary-together/371175/)

Why are they called catfish?

In the documentary “Catfish,” the husband of the scam’s perpetrator is interviewed and spins an anecdote about how live codfish were shipped from Alaska to China in vats. In order to keep the cod’s flesh from getting mushy, someone came up with the idea of putting catfish in the vats to ‘keep the cod agile.’ He further explained that ‘there are those people who are catfish in life’: ‘They keep you guessing, they keep you thinking, they keep you fresh.’

In 2013, Pew Research found that 54 percent of respondents felt that they were being catfished http://www.pewinternet.org/2013/10/21/online-dating-relationships/

Catfishing can range from using old pictures of you (misrepresenting what you look like currently) to passing off someone else’s picture as you entirely.

There have been at least 58 murderers and 45 murder victims connected to Craigslist (an internet classified ad site) from 2009 to 2015 https://lawstreetmedia.com/killers-craigslist/

Shell games—or the cups and balls trick—have been around since ancient Greece. Swindlers put a ball under a cup then shuffle it between two other empty cups. The victim is invited to guess which cup the ball is under, and there is usually a prize (such as doubling the stake) if they guess correctly. https://www.britannica.com/art/cups-and-balls-trick