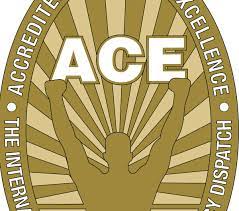 Lightning never strikes in the same place twice. So, it only stands to reason that if you’re outdoors during a lightning storm, go stand where lightning has already struck. You’ll be safe on that spot.

This perception is not only wrong, it’s also dangerously wrong. As any forecaster will tell you, find shelter. To the point, not everything you’ve come to believe is correct. Misperceptions can lead us astray. They have a way of wriggling into our brains and preventing us from going ahead and making the best decisions.

Take becoming an Accredited Center of Excellence (ACE) for example. Current figures show the Academy’s protocols are implemented in 3,600 centers worldwide (many using more than one discipline); yet, of these, there are about 300 ACEs. That’s a puzzler. After all, ACE is the standard bearer of doing things the right way.

“ACE keeps agencies on a firm course,” said Kim Rigden, IAED™ Accreditation Associate Director. “Everything ACE is about maintaining high performance.” When an agency becomes an ACE, the Twenty Points of Accreditation become part of the culture, and systems are in place to maintain the high performance. ACE encourages agencies to strive for best practices each and every day.

That said, why is only one in 13 centers an ACE achiever? Rather than gathering a “why is ACE valuable” perspective from accredited centers only, Rigden initiated a study that included success and non-success stories. Through interviews with 12 consenting agencies from both ends of the spectrum, Rigden and her team set out to determine the differentiating characteristics.

The results are detailed in the upcoming issue of the Annals of Emergency Dispatch and Response (AEDR). Here is a summary of the results.

Interviews focusing on the success stories highlighted two strong characteristics: culture and collaboration. The focus was on pride of achieving ACE, which translates into providing the best service to their callers and responders.

Changing the culture within the center—supporting behaviors that embrace change throughout the process—is championing the cause and involved explaining why ACE matters and building habits that support the new priority. Accreditation is the confirmation that the agency is using best practices and the highest standard of care in their use of protocol and everything that supports that in an emergency communication center.

It is important to communicate the goal of accreditation clearly and effectively to everyone in the agency before starting the process. Agencies that are successful in achieving ACE have support from the top down in championing a team approach. One person in the communication center can’t do it alone. ACE is a collective effort that draws on the positive effects of ACE. As the study emphasized, it takes a connected champion and a team of support.

Rigden stresses openness and honesty. Share the vision. After all, if you can’t see your vision of success, you’ll never get there. Don’t pretend the process is easy but by the same token, impress upon your team the significance of it. “It takes a lot of effort to become ACE, yet it is important work that benefits the whole organization,” she said. “The pride comes in knowing you are providing the best service to your customers.”

Team spirit was a welcome offshoot to collaboration. As one person commented during the interview, “It was a real cool transition period because not only did we achieve it, but we came together as a team better than we were before.”

As many found, it never hurts to hand out tangible signs of praise. Incentives included the EMD/EFD/EPD/ECNS of the month and quarter, gift cards, and prizes. The competitive nature of emergency dispatchers—Type A personality—was also an asset in reaching and surpassing compliance goals outlined in the Twenty Points of Accreditation.

Not so successful stories

Reasons why centers don’t achieve ACE status go back to a focus that veers off from the path of reaching the finish line. Suddenly springing the concept up and moving ahead without explanation, going it alone, and concentrating too heavily on compliance (to the loss of building a framework of understanding) resulted in an agency lead giving up. Taking baby steps also hindered the achievement. While a small amount of progress can lead to eventual success, a “change your life” timeline was notably the better way to go about ACE. In other words, keep up the momentum.

Misconceptions involved perceived expense, added workload on an already overworked staff, and an attitude within the trenches of why change the way things have always been done. There was deep-seated fear expressed in so many words—fear of change, failure, and further frustration added to a stressful job.

How do you change misperceptions and motivate an ACE way of thinking and doing? Keep people from dodging a lightning strike by moving to shelter rather than standing in an already struck place?

The idea that "lightning never strikes twice in the same place" is something few if anyone at all will challenge. It is a misconception. The key is understanding the source of their resistance and coming up with a strategy that presents the idea as the logical next step and the steps to achieve ACE. The external focus. The building blocks. The connected champions. Sincerity. Becoming an ACE is hard work. The Twenty Points of Accreditation can be daunting but, again, ACE is not about working in isolation, Rigden said.

As several people noted, the IAED/PDC™ door is always open to assist, to point the agency in the right direction.A champion of the ACE process said, “I felt part of the family from the beginning.” Other resources include the step-by-20-step Accreditation Handbook, the Race to ACE Facebook page and weekly webinars, and the commitment of Rigden and her team to get you where you’re going.

There’s no doubt that achieving ACE is hard work, Rigden said. “It is not easy, but we have the resources to make the process clear.”

Don’t be the lone star—this bears repeating. Becoming an Accredited Center of Excellence is a team goal and takes support, commitment, and action from many people. Keep everyone in the loop. Call out the small wins by identifying what was accomplished, why it’s important to the goal, and how the success was achieved.

For some, the hard part is always the best part. As one person said, “We hit the ground rolling 100 miles per hour: policy adjustments, committees. It was probably some of the hardest, most rewarding things I’ve ever done.” ACE shows the community hard work pays off to their benefit. ACE is more than a plaque on the wall, as one individual commented. The achievement is a measure of the high value placed on the service provided and received. The plaque is a visual representation of the achievement. It shows the highest standard of care. The distinction, as was frequently noted, gives bragging rights. The agency possesses the tools and personal dedication that make a difference in people’s lives every day.

Finally, the ACE award turns heads. People inside and outside the profession take notice. Representatives from agencies achieving ACE are brought to the stage at NAVIGATOR, and they are feted at the annual ACE celebration. ACE puts them in a class of distinction. Callers are in the best of hands. They're not stuck in the same spot, unprotected, hoping lightning doesn’t strike them again.

Rigden celebrates ACE. She is determined to increase the number of ACEs, not for the sake of numbers, but simply because it’s the right thing to do.

“To be an ACE is to be a champion,” she said. “There’s pride. There’s teamwork. ACE becomes a big part of who you are.”