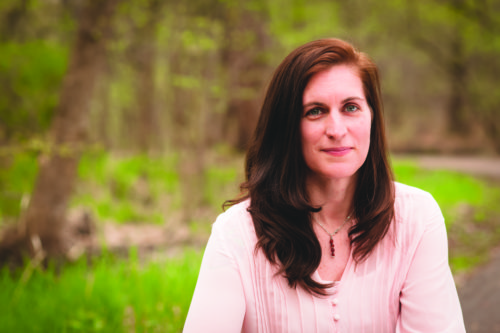 Caroline Burau is the author of two books about emergency dispatch. The first book, "Answering 911: Life in the Hot Seat," was published in 2007. The second book, "Tell Me Exactly What Happened: Dispatches from 911," was published in 2016. Both were published through the Minnesota Historical Society Press. During her 12 years in the profession, Burau dispatched for an ambulance service in Minnesota and White Bear Police Department, Minn., USA.

Editor’s Note: Caroline’s answers are paraphrased from an interview, and not direct quotes

Briefly explain how Tell Me Exactly What Happened compares to your first book Answering 911 (2006).

I wrote Answering 911 during my first year at dispatching. At that time, I had no aspirations of writing or publishing a book. Writing about my experiences was a way of helping me cope with a very stressful job. I read my early essays at the Loft [a program for readers and writers founded in a loft above a Minneapolis bookstore] and it happened from there. I was approached by the Minnesota Historical Society Press and they published, Answering 911, which was very well received.

What was your motivation to write the second book, Tell Me Exactly What Happened, particularly since you were no longer working in emergency dispatch?

Ten years had passed since the first book and I was actually waiting for someone with more time in the profession to write a book from that perspective. Nothing happened. So, all those years later, I was that different person. I wanted to give credit to an underrated profession. As I write in the first chapter of the second book:

"So, I find myself wanting to write about it, again. Not because the story of my dispatching career is so unique, but because it is not. Because if I tell you what it is like to answer 911 in White Bear Lake, Minnesota, I’m also telling you a lot about what it’s like to answer 911 just about anyplace."

How had your perspective changed over the years, between publication of the two books?

The first book was “You wouldn’t believe what just happened.” As I said, I was new to dispatch and not at all prepared for the phones that never shut off, the angry and upset callers, and the long hours sitting in the same place without a break. The second book is more about “You get used to a certain amount of chaos and stress. It no longer shocks you.”

The perspective about my own life also changed. I know bad things can happen. I went horseback riding and all I knew about horseback riding were from the calls about people getting hurt from falling off a horse. I still haven’t been on a snowmobile and I’m a Minnesotan.

Who is your intended audience?

A lot of the readers [Answering 911] were dispatchers, and that’s what I expected. But the book also reached people outside the profession. Dispatch is misunderstood. It’s a lot more important and interesting than people think. It’s definitely a profession. People don’t hear about what dispatchers do unless something bad happens. It’s basically a thankless job. We try to save people but, think of it this way, the people picking up the phone don’t get saved. We are the first point of contact. We hand it over and rarely hear what happens.

If someone [not familiar with dispatch] asks me about reading either book, I tell them to go into the book with the best of intentions. Dispatch is not about what you see on TV. At one moment it can be a nightmare and, at the next, it can be monotonous.

What interested you in applying for a job in dispatch?

My lifelong love of writing brought me to newspaper reporting. I covered police and that introduced me to dispatch. I like people. I liked the idea of being a part of what the police were doing but from the background. I thought it was a great way to help people, and I still believe that.

The title of the second book, "Tell Me Exactly What Happened," is similar to a Case Entry Question in the Academy’s Protocol systems. Did the agencies where you worked use the dispatch systems and, if so, you never mention their use in either book. Why?

This is a memoir. I wanted to keep names and systems anonymous. I made changes that obscure identities and I was really cautious about callers and patients I write about. I was concerned with protecting people and places. As I wrote in the second book:

"I am attempting to expose the way this job has affected me without exposing those I’ve met along the way."

What did you find as the positive side of emergency dispatch?

The work is meaningful. It’s rewarding to get good, proficient at something that is so difficult and to have the ability to help people. When things go well, it’s quite satisfying. The people you work with can be incredible. A cohesive team of people doing the same job is awesome. Good things happen.

There’s also the part a lot of people like. No day is like the last. You get good at staying calm.

What is the potentially negative side of emergency dispatch?

Emergency dispatch is not for everyone. People think, 'How hard can this be?, after all, all you do is sit down all day and answer phones'. People expecting this to be easy will be disappointed. So, it’s not so much about what’s negative about the job, but what people expect. There are also the bad calls, the ones that stay with you. Calls involving children can be bad. The chapter, Regarding a Death, in the second book, was very hard to write. It was incredibly shocking [what happened] and real hard time for all of us in dispatch.

What prompted your decision to leave?

There wasn’t any one thing. It wasn’t just about working weekends, holidays, and all the overtime. I mean there were times that really made me happy. I saved a life (for coaching a caller through the Heimlich maneuver on an unconscious woman with meat stuck in her throat) and delivered babies. I talked people out of suicide. I worked with really good people. There were good things but, in the end, I wanted normalcy in my life. The last chapter, The Last Day, in my second book explains how hard it was to leave and, yet, why I had to leave.

What changes would you like to see to emergency communications?

I’m concerned about the things that don’t change and public expectations beyond our capabilities. We need more of an emphasis on education and training. We need better post-trauma care. Dispatchers still tend to be very sheepish about asking for help after a bad call. Sometimes, it’s a source of pride or the inability to access help discreetly. ‘Hey, I just took a call about a police shooting. I’m fine. I don’t need a break.’ Well, you’re not fine but what can you do about it? The job can exacerbate anxiety, but that’s not something you’re going to admit.

Would you ever go back to emergency dispatch?

I’m now a technical writer. I’m not helping people in the same way, but I wouldn’t want to go back to dispatching. I worked the night shift and I never got used to sleeping during the day. I still remember how that felt, the lack of sleep. I like having a full night of sleep. I like the normalcy of regular hours.

What do you want your readers to take away from your books?

In the end, it’s my story, what it was like for me. It’s stressful and you don’t really know that until you’ve worked it and it’s different for everyone. There are few kudos for what we do. For readers who are not dispatchers, I want them to go hug a dispatcher. At the end of a call, saying ‘thank you’ is gratitude. I want them to know we take pride in what we do.

Any plans for another book?

I’m interested in the history of emergency communication and how we have called four help throughout the ages.

Finally, your bio on Amazon states, "Writing good nonfiction can justify any and all poor life decisions, and I’m out to prove it." Can you explain what you mean by that?

It sounded like a clever thing to say. No, really, it’s rewarding to turn a traumatic event into beautiful writing. And who wants to read about things done right?