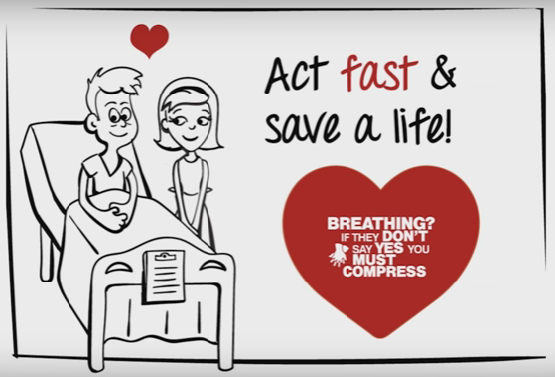 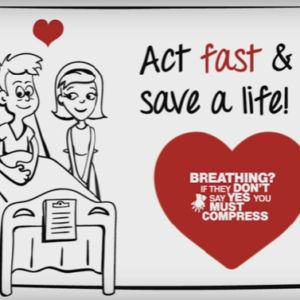 “Is (s)he breathing?” This is perhaps a more pivotal question than any other in the Medical Protocol. From here the calltaker can proceed to a Chief Complaint Protocol or enter the Pre-Arrival Instruction (PAI) pathway for cardiac arrest. But just as callers are frequently uncertain whether patients are breathing, calltakers are often unsure whether to use the AGONAL BREATHING Detector to find out.

In version 13.0 of the Medical Protocol in ProQA®, a key addition to the ECHO dropdown menu for immediate dispatch scenarios was “Obviously NOT BREATHING and Unconscious (non-traumatic)”. This can reduce hands-on-chest time to as little as 20 seconds from ProQA launch. But CPR survival takes more than well-designed software: It requires the user to understand the critical importance of initiating CPR as fast as possible.

Many calltakers are understandably apprehensive about directing the caller to start compressions when the patient might actually be breathing. When presented with an unconscious patient and the caller says “I’m not sure if he’s breathing,” the tendency is to turn to the AGONAL BREATHING Detector. That’s understandable but wrong. The purpose of the breathing diagnostic is not—and never has been—to confirm that the patient isn’t breathing. Its purpose is exactly the opposite: to confirm that the patient is breathing. This is reinforced by a rule in Case Entry that states “Use of the AGONAL BREATHING Detector is not necessary when UNCERTAIN BREATHING or INEFFECTIVE BREATHING is associated with unconsciousness.” Case Entry Axiom 1 reinforces this by stating “UNCERTAIN BREATHING status indicates a 2nd party caller who has seen the patient and is still unsure. This is considered NOT BREATHING until proven otherwise.”

The clock is ticking from the moment the heart stops. Brain death starts within five minutes. To the 20 seconds to hands-on-chest from time of ProQA launch, we have to add the caller’s reaction time, the time to place the call, and the time to obtain and verify the address and callback number in CAD. That brings our compressions start time closer to a full minute under the best of circumstances. Inappropriate use of the AGONAL BREATHING Detector simply delays compressions further.

Recognizing when a caller describes INEFFECTIVE or AGONAL BREATHING is also vital to patient survival. The Protocol defines eight different descriptors of INEFFECTIVE and/or AGONAL BREATHING (see inset).[i] What that means is this: If you have a patient who’s not awake, and you ask “Is she breathing?” and the caller replies “barely,” the definition of INEFFECTIVE BREATHING has been met and no further assessment or clarification is necessary. Select “INEFFECTIVE/AGONAL” in ProQA and move on. It takes courage to immediately and decisively initiate CPR with so little information, but that’s exactly what you have to do. As new EMDs are taught in response to the breathing question, “If they don’t say ‘yes’ you must compress!”

At times you may unknowingly direct a caller to perform CPR on a patient who is breathing and has a pulse. One possible scenario is an unwitnessed seizure. If the patient was found after the seizure ended, her breathing in the postictal (recovery) period can be very slow, and the caller might be unsure whether she’s breathing. Starting compressions won’t do irreparable harm, but withholding or delaying CPR can result in death. You can’t afford the time to ask “did anyone see what happened” or any other questions. Act fast and save a life.

Web link: See the Academy's time-lapse video "Act Fast and Save a Life" at www.emergencydispatch.org/video/act-fast

[i] Note that “snoring” is not considered INEFFECTIVE/AGONAL within this definition. Although agonal respirations are frequently described sounding like snoring, a patient with effective breathing can make snoring sounds from partial airway obstruction. Typically the snoring sound stops when the patient is positioned flat on the back with the head tilted back.