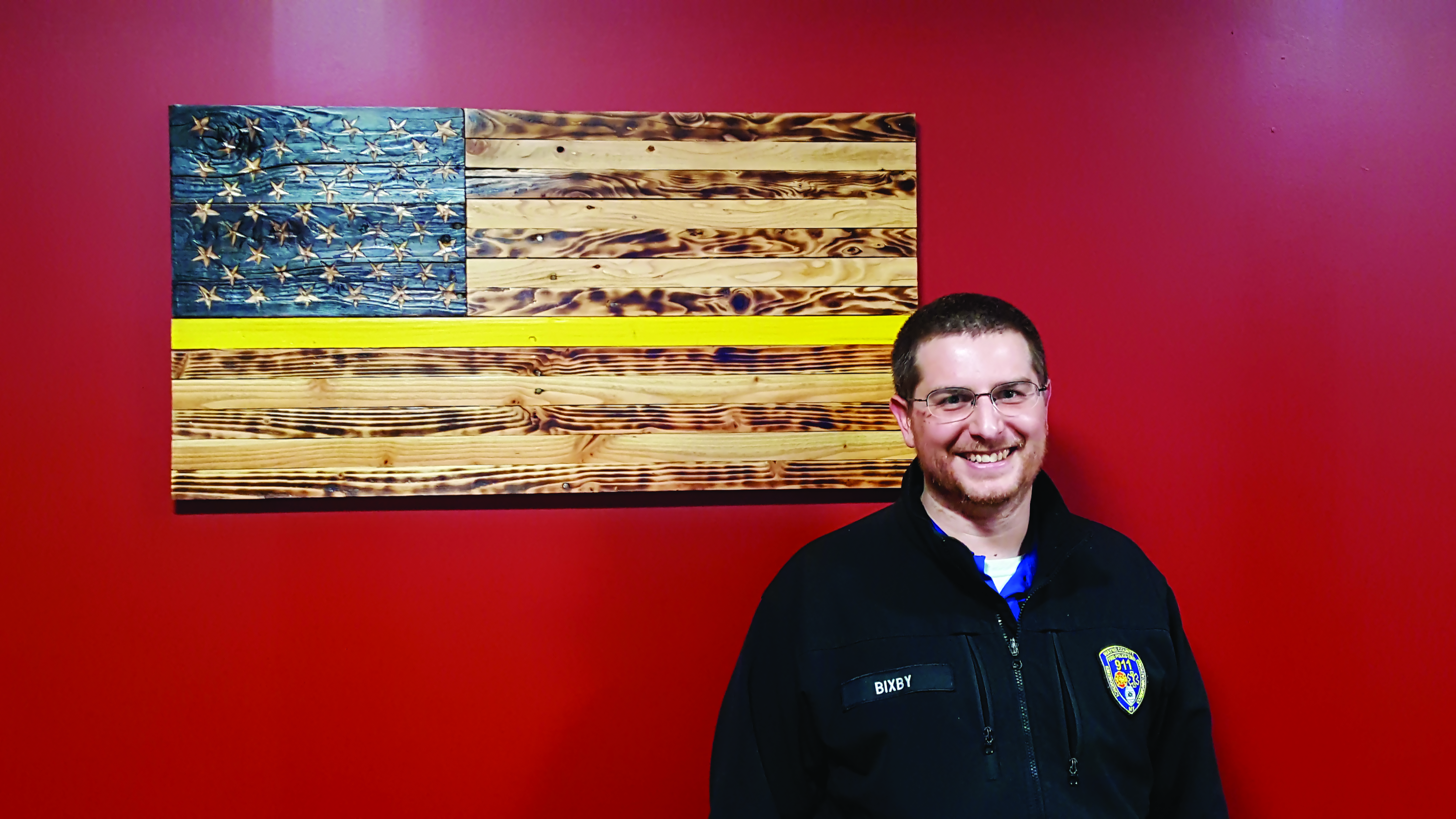 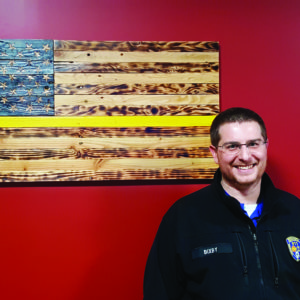 Wayne County 911, New York (USA), might get a lot of calls for “baby on the way,” but it’s the few and far between emergency dispatcher that makes the delivery.

Supervisor Matthew Bixby, EMD, was one of the lucky ones.

Bixby was taking calls during first shift on Monday, March 26, when a father-to-be rang 911 for an ambulance. His fiancé was in labor, and he had rushed home while on his way to work, summoned by her phone call to turn around.

That’s exactly what he did and barely in the nick of time.

Although contractions were five minutes apart when Bixby connected at 8:53 a.m., it was before the clock struck nine that Bixby was giving dad Medical Priority Dispatch System™ (MPDS®) childbirth and delivery instructions. Mom was in the bathroom, and Bixby “highly encouraged” her to move from her position on the toilet. While dad lowered her into the bathtub, he also sent his stepson on a task to retrieve the string for tying off the umbilical cord and the towels to keep his new sibling warm until the ambulance arrived.

“Dad was great,” Bixby said. “He did everything. He listened, followed instructions, and caught the baby.”

Baby Bruce clocked in at 9:01 a.m. Four minutes later, the ambulance arrived for transport to the hospital. Mom and Bruce were home two days later.

Dad was also “extremely calm” during the call and so, apparently, was mom. After delivering the six-pound, six-ounce boy, she leaned toward the direction of the phone—the speaker was on—to reassure Bixby about their situation.

“She was out of breath,” said Bixby, who had the rare opportunity of hearing over the phone a newborn let out his first cry. “But she was calm enough to say they were doing well.”

DeWolf was in his office and after hearing the news—and after reviewing the call—he wasted no time in sending out a press release. After all, DeWolf wasn’t about to let his emergency dispatcher get lost in the shuffle for such a positive event (considering what happened the year before when accolades following a similar incident failed to mention emergency dispatch).

“These guys do a tremendous job,” DeWolf said. “I want to make sure they get the recognition deserved.”

The acknowledgement, however, will go beyond air time and type (13WHAM-TV and the Finger Lake Times newspaper). Bixby now has a stork pin to wear on his uniform, and his actions will be put into proclamation by Wayne County Government. His name will be among the first engraved on a perpetual plaque that from baby Bruce’s day forward commemorates emergency dispatchers who experience the great fortune of helping to complete a baby delivery over the phone.

And the really cool part? Dad contacted him to say “thank you.”

Bixby used to work in customer service for the phone company. He switched to 911 three years ago and finds helping people in emergency situations a more satisfying fit.

“I like what I’m doing,” he said. “At the end of the day, I know I’ve helped someone. Always. It’s a lot better than helping people lower their phone bills.”

DeWolf couldn’t be any prouder than a new dad about his emergency dispatchers.

“The efforts of Supervisor Bixby are a fine example of the excellent service provided every day by all of the team members in the 911 center in Wayne County,” DeWolf said.

According to records, Wayne County 911 emergency dispatchers aided in the full delivery of a baby six times since 2015 (including the most recent call).

Wayne County 911 dispatches for 29 fire departments, 17 EMS agencies, and nine law enforcement agencies. It processes 159,000 phone calls resulting in over 118,000 calls for service annually. Two years ago, the center moved into an ultra-modern facility that features technology upgrades in preparation of Next Generation 911.